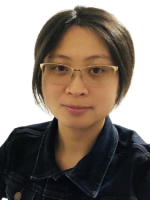 Wanying Kang's research focuses on the atmospheric dynamics on Earth and on other planetary bodies. She has explored the dynamic teleconnection between the tropical Madden-Julian Oscillation and the breaking of the polar vortex, which provides implications for extreme weathers in future warmer climate. Meanwhile, she investigated the climate on high obliquity aquaplanets (a type of planets with their rotation axes pointed toward the host star) and made predictions that these planets would be in general warmer regardless of the existence of ice, which, together with other dynamic reasons, leads to a stratosphere that is orders of magnitude more moist. These findings may have important implications for habitability and observation.

Kang holds a PhD in Applied Mathematics from Harvard University and an undergraduate degree in Physics from Peking University. She was an EAPS Distinguished Postdoctoral Fellow working with John Marshall and Sara Seager.

The role of zonal asymmetry in the enhancement and suppression of sudden stratospheric warming variability by the Madden-Julian Oscillation
Kang, W. and E. Tziperman
Journal of Climate 2018, 31, 2399-2415

Sudden Stratospheric Warming and extreme weathers in the future climate driven by the Madden-Julian Oscillation strengthening
Kang, W. and E. Tziperman (in prep.)