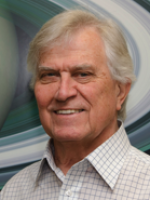 My research has concentrated on planetary scale geodetic and geophysical problems related to the Earth, Moon and planetary bodies of the solar system. In the last few years My research has been on the gravity, topography, and dynamics of Mars, Mercury and the Moon based upon laser altimetry data and microwave tracking of orbital spacecraft. Recently, my research activity has included the development of a laser altimeter concept for Europa and an approach to measure the expansion of the solar system due to the mass loss by the sun from the conversion of hydrogen to helium in its interior. My interests also include laser ranging on lunar and planetary scales, celestial mechanics, and laser altimeter design and development.