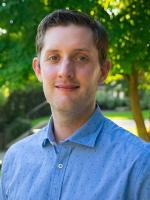 Richard Teague works on understanding the earliest stages of planetary systems, specifically where, when and how they can form. His work is primarily focused on interferometric observations at sub-mm wavelengths with the Atacama Large (sub)Millimeter Array (ALMA) of protoplanetary disks -- the birthplace of planets. Using novel techniques to decompose the observation, he is able to map the temperatures, densities and chemical complexities of the planet-forming material in three dimensions, as well as tracing the large-scale velocity structures which transport these to site of on-going planet formation. To interpret these observations, he employs a variety of models, from empirically driven analytical models, to large-scale, 3D numerical simulations.

A major component of Teague's research is the development of new techniques to detect example of these still forming planets while still embedded in their parental protoplanetary disks, a period of the planet's growth phase which is currently hidden from view. By teasing out subtle variations in the velocity structure of the gas due to these embedded planets, he has demonstrated a highly efficient method to survey sites of planet formation to identify a population of the youngest exoplanets detectable. Extending these observations to upcoming space-based facilities, such as the James Webb Space Telescope, or the next generation, "extremely large" class of ground-based telescopes, will improve the sensitivity of these searches to both smaller mass and shorter period planets, allowing for a direct comparison with the exoplanet populations measured through current searches, such as the TESS mission.