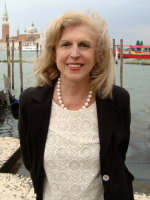 Paola Malanotte-Rizzoli is a physical oceanographer whose interests include:

i) investigation and modeling, both mathematical and numerical, of nonlinear coherent structures such as oceanic rings shed by western boundary currents and atmospheric blocking in the atmosphere;

ii) circulation and water mass formation processes of marginal, semi-enclosed seas such as the Mediterranean and Black Sea, including modeling of their shallow water ecosystems (northern Adriatic, Black Sea shelf);

iv) investigation and modeling of the processes characterizing the tropical oceans (tropical Atlantic, South China Sea and Indonesian Through-Flow) and of their ocean/atmosphere coupled modes of interaction.

Her most recent interests are focused on the development and application of a regional climate coupled ocean/atmosphere model for the South Asia Maritime Continent for the understanding of its present climate and the prediction of future climate scenarios. This project is part of the Singapore-MIT Alliance for Research and Technology (SMART) Program.

A constant interest throughout her career has been the study and prediction of the extreme floods affecting the city of Venice, Italy, and of its lagoon and the construction of the mobile barriers at the lagoon inlets for their protection.

Fellow of the American Geophysical Union, 2006

Fellow of the American Meteorological Society, 2002

Editor’s Award from the American Meteorological Society as best reviewer of the Journal of Physical Oceanography, 1992

Venice in Boston
Leaders in climate science continue MIT legacy with professorship
Documentary short, “The Uprising,” showcases women in science who pressed for equal rights at MIT in the 1990s
At the Venice Biennale, an architecture exhibition to meet the moment
Arlene Fiore appointed first Stone Professor in Earth, Atmospheric and Planetary Sciences
Malanotte-Rizzoli and Stone shape the future of climate and ocean science
DesignFastForward: The Next Pandemic is Now
Venice’s historic flooding blamed on human failure and climate change
Leading The Way
Remembering Walter Munk
Photo Credit: Avi Schroeder