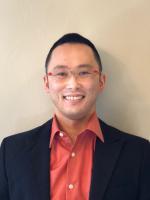 Nori Nakata is a principal research scientist at the Department of Earth, Atmospheric and Planetary Sciences, Massachusetts Institute of Technology. He received his Bachelor of Engineering (2008) and Master of Engineering (2010) degrees from Kyoto University, and his PhD degree at Colorado School of Mines in 2013. He received the Mendenhall prize from the Colorado School of Mines for his PhD. Nori's research interests are extensive and include crustal/global seismology, exploration geophysics, volcanism, civil engineering, wave phenomena and earthquakes. Before he joined MIT in 2019, he was a postdoc fellow at Stanford University in 2013-2016 and an assistant professor at the University of Oklahoma in 2016-2018.

Through research he aims to gain better understanding of natural and manmade structures by analyzing seismic waves. Although the laterally averaged (i.e., 1D) Earth's seismic-velocity structure has been known accurately since the 1940s, subsurface is heterogeneity in 3D, even 4D, and understanding these heterogeneities is key to understanding Earth dynamics. Among the topics he is interested in predicting ground motion caused by large earthquakes, understanding earthquake source physics, discerning the history of the Earth, anticipating volcanic eruptions, and imaging the distribution of natural resources (e.g., petroleum, mines, geothermal). Seismic waves sample Earth's interior, and hence we can obtain information of the Earth in 3D. Temporally repeating these measurements opens a window into the dynamics of the Earth. To extract such information, He uses manmade seismic sources, earthquakes, microseismic, and natural and anthropogenic background noise (aka seismic ambient noise).