3 Questions: Tanja Bosak on being a Fundamental Science Investigator

Department of Earth, Atmospheric and Planetary Science (EAPS) Professor Tanja Bosak recently received the Fundamental Science Investigator Award, the second winner since its inception in 2017. This award, created with the support of John S. Reed ’61, SM ’65 provides five years of funding to support innovative research with the potential to advance the frontiers of basic science.

A geobiologist, Bosak studies early life on Earth through the relationship between microbes and rocks. By understanding the processes through which microbes make rocks, eat rocks, and are fossilized in them, she hopes to understand how life on Earth thrived, and use these tools and techniques to look for evidence of life on Mars. She is a co-lead on the Returned Sample Science team of the Mars 2020 mission, which is preparing and analyzing samples collected by the Perseverance rover on Mars that will be returned to Earth. 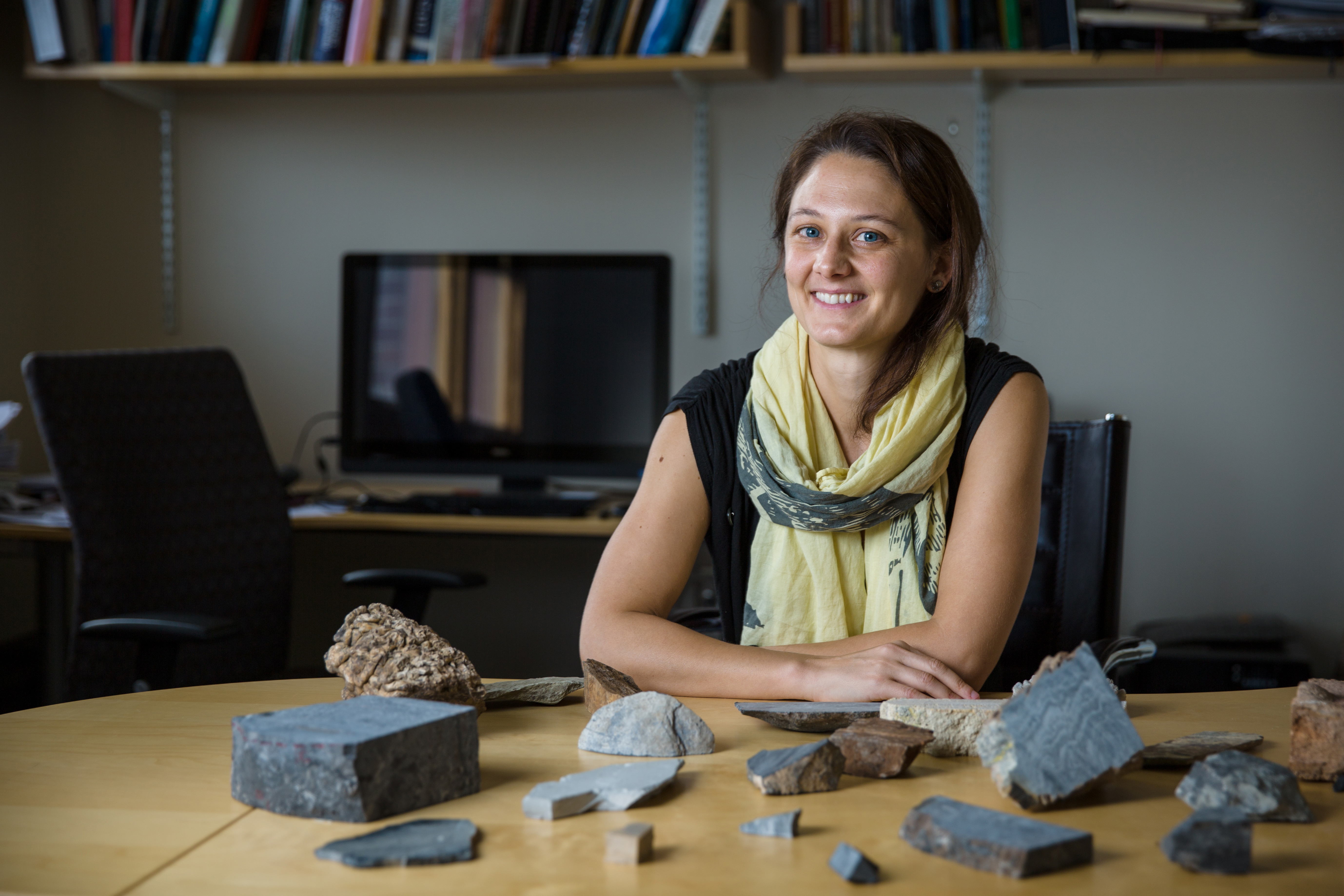 Bosak recently answered a few questions about how this award will help her explore fundamental topics within her field, and the importance of supporting not just her, but her entire team.

Q: What does it mean to you and your lab receive this award?

A: It is a great honor to be recognized by the School of Science, and be nominated in the first place, so we can do this fundamental research.

Q: The award supports research with the “potential to advance the frontiers of basic science”. How does this apply to your research?

A: We are using processes to look at something that, hopefully, will be more applicable to modern systems: making minerals that remove CO2 from the atmosphere and understanding how biological processes can contribute to that. Also, we are interested in a lot of material properties that microbial systems can make. So that is the applied side or potential.

But it is fundamentally this interesting, deep time seeing a planet as it once was. So it's a historical science that doesn't have necessarily direct application to anything. Being able to investigate that and really ask how we all came to be is what drives the research in my lab.

Q: What results are you hoping to see from this award?

A: The award is really to support the graduate students. I think it's huge in this day and age to have that support so a young person can really follow their curiosity. I do have a new graduate student who will be supported by this grant; he's very curious about the rise of oxygen and rocks from the time when it's really the most fundamental transition that our planet has experienced, this transition from no oxygen that is breathable to a planet with oxygen in the atmosphere that really allowed complex life. So he's really interested in rocks that formed before and right around that time, and understanding how long this transition took or when some of the first signals could be seen of this process, which was microbial, where microbes learn to make oxygen, and how to recognize chemical signals of that in rocks.

It's also important in the preparation for the return of samples from Mars. It's 10 years down the line, but we need to prepare to look at those samples and know how to interpret them.