The practicalities of operating a remote telescope are a challenging but a necessary step in the hunt for habitable exoplanets.

High up in the mountains on the island of Tenerife, located in the Canary Islands off the coast of Morocco, the sun has just finished setting. The dome of an observatory is open, revealing a small slice of the sky. The specialized dust covers protecting the telescope housed inside open like a nocturnal flower in bloom. It is ready for a night of observation.

Since June 2019, the one-meter telescope, known as Artemis and housed at the Teide Observatory, has put in 6,000 hours of observation time, hunting for exoplanets. It is one of six telescopes currently used in the Search for habitable Planets Eclipsing Ultra-Cool Stars (SPECULOOS) project, which is looking for exoplanets orbiting ultracool dwarf stars.

Artemis, named after the Greek Goddess of the hunt, works alone at its island observatory. The telescope is highly automated; each night a member of the MIT Disruptive Planets Group checks that the weather is clear and prepares the night’s observation plan before leaving the telescope alone to do its work. But despite such a solitary existence, the telescope does receive periodic check-up visits from operations managers.

Artem Burdanov, a postdoctoral fellow in the Department of Earth, Atmospheric, and Planetary Sciences (EAPS) is one of them. “It requires a minimum of human intervention if things are good,” he says. “But if they are not good, then then it's time to do some troubleshooting.”

Burdanov’s job is to make sure that the telescope is collecting high quality data with minimal downtime. This involves service missions to Tenerife every six months to a year, as there are a lot of things that can go wrong: optic problems from the manufacturer, weather device or webcam malfunctions, computer glitches. And in the three years since it began operations, Artemis has seen them all.

“It's not the Mars rover, but it's a complex system,” Burdanov explains, “it could be just a glitch, or something needs replacement.”

While fixing problems can be a challenge in normal times, the COVID-19 pandemic made things even more difficult. When a charge-coupled device (CCD) camera experienced cooling issues, the team had to find a temporary fix, since no one could physically visit the site to replace it. And, once they could finally get someone out there, Burdanov had to organize the replacement, write instructions, and send the broken camera back for repair, all remotely.

Now that most of the problems have been sorted out, Artemis has had three years to begin its mission, and it’s doing it well. A recent paper documenting the technical aspects of the telescope report a downtime of 40%; but Burdanov assures that, now that most of the technical difficulties have been ironed out, it’s closer to 30% because of weather such as cloudy nights or strengthening dust storms kicked up by nearby the Sahara Desert. 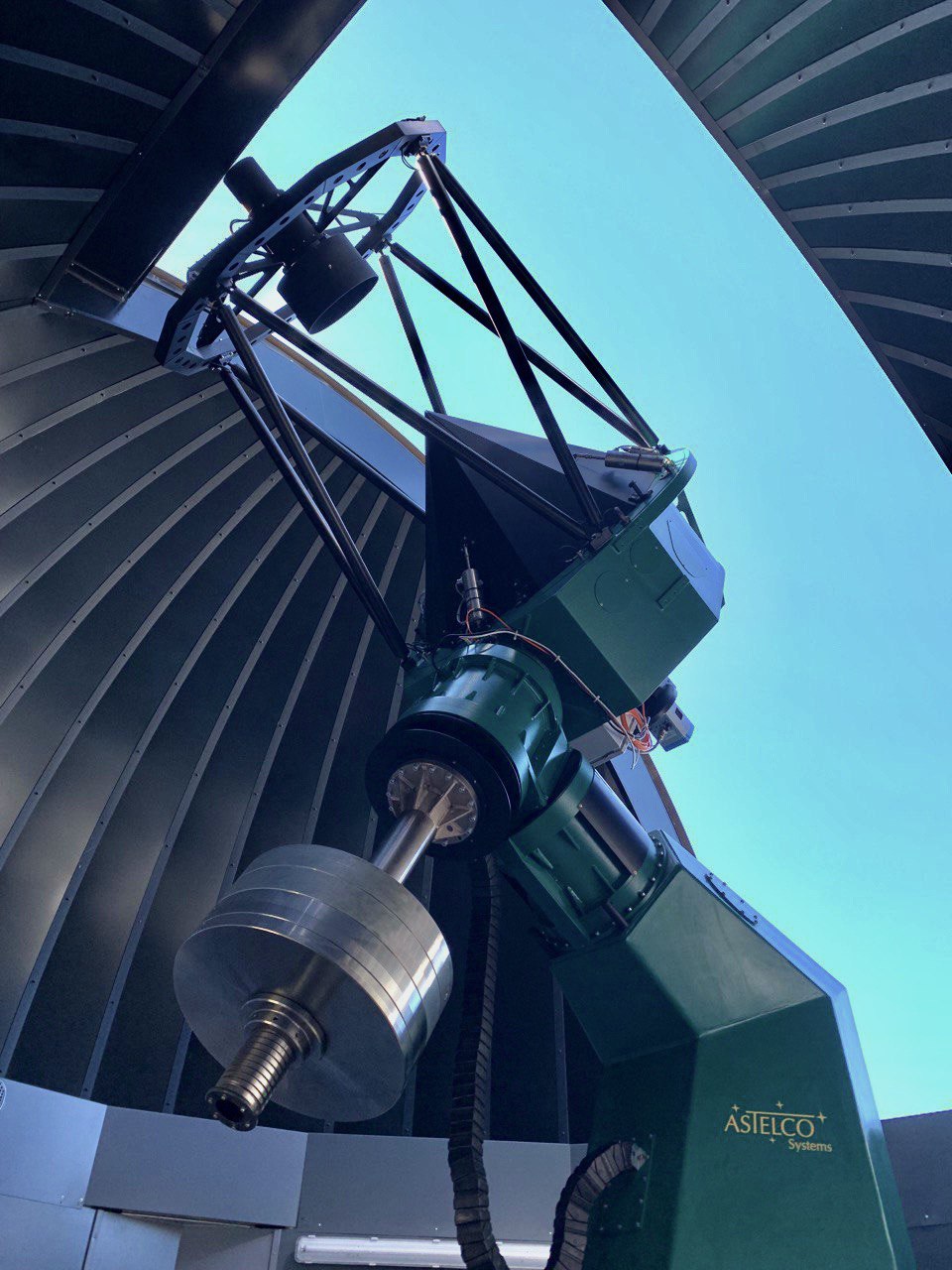 In addition to a low downtime, the telescope has several next-generation features to maximize the quality of data coming in. Burdanov’s favorite technical aspects are the high optical qualities of the telescope and its special mount that eliminates the meridian flip that plagues other telescopes. Depending on a telescope's mounting structure, some must perform this 'flip' to prevent it from crashing into its own hardware when tracking a target across the sky—if a target crosses too far from east to west, the telescope must momentarily pause and reorient itself in order to continue the observation, creating a gap in the data. But Artemis’ mount shape eliminates the need for the flip, allowing it continuous tracking and data gathering.

“This is a technical side, which might sound boring to some. But for me, that's the fun part,” Burdanov says.

Artemis and its fellow SPECULOOS network telescopes, located in Chile and Mexico, hunt for planetary systems that orbit around ultracool dwarf stars—low mass stars on the coldest end of the stellar spectrum that may be suitable candidates for sustaining life. The most famous example is the TRAPPIST-1 system of seven Earth-sized terrestrial worlds, discovered in 2017 by a team that included Burdanov when he was a graduate student, and EAPS Assistant Professor Julien de Wit. These planets are prime targets because “they are amenable for very thorough atmospheric characterization,” Burdanov explains. Until now, most exoplanet atmospheric studies have been done on gas giants, not rocky planets.

The reason they make good candidates for atmospheric study, explains de Wit, is the planet-to-star ratio. The telescope is looking for transits—when the planet passes between the Earth and the star and dims the star’s light—much in the same way the moon blocks the Sun during a solar eclipse. Because ultracool dwarf stars are small (10 times smaller than the Sun, or roughly the size of Jupiter) it is much easier to see these transits. With the right size ratio, the ring of atmosphere around a planet is amplified, and it becomes much easier to study.

Once Artemis and its fellow telescopes have found potential targets, their coordinates will be passed along to other, more powerful telescopes like the European Extremely Large Telescope and the James Webb Space Telescope so they can take a closer look.

De Wit, co-principal investigator of the SPECULOOS project, calls Artemis a “new toy in the playground” not just for his team at MIT, but for future collaborators, scientists, and outreach opportunities like the annual MIT Astronomy Field Camp; while the excursion had been suspended in recent years due to the COVID pandemic, it is set to resume for the January 2023 Independent Activities Period (IAP) with a visit to the Teide Observatory.

Until then, Artemis will continue to peer into the sky each night, tracking down those glimmers of light that might be worth taking a closer look.

Story Image: The Teide Observatory in Tenerife, one of the Spain's Canary Islands, where the Artemis telescope is housed. Image credit: Daniel Padron