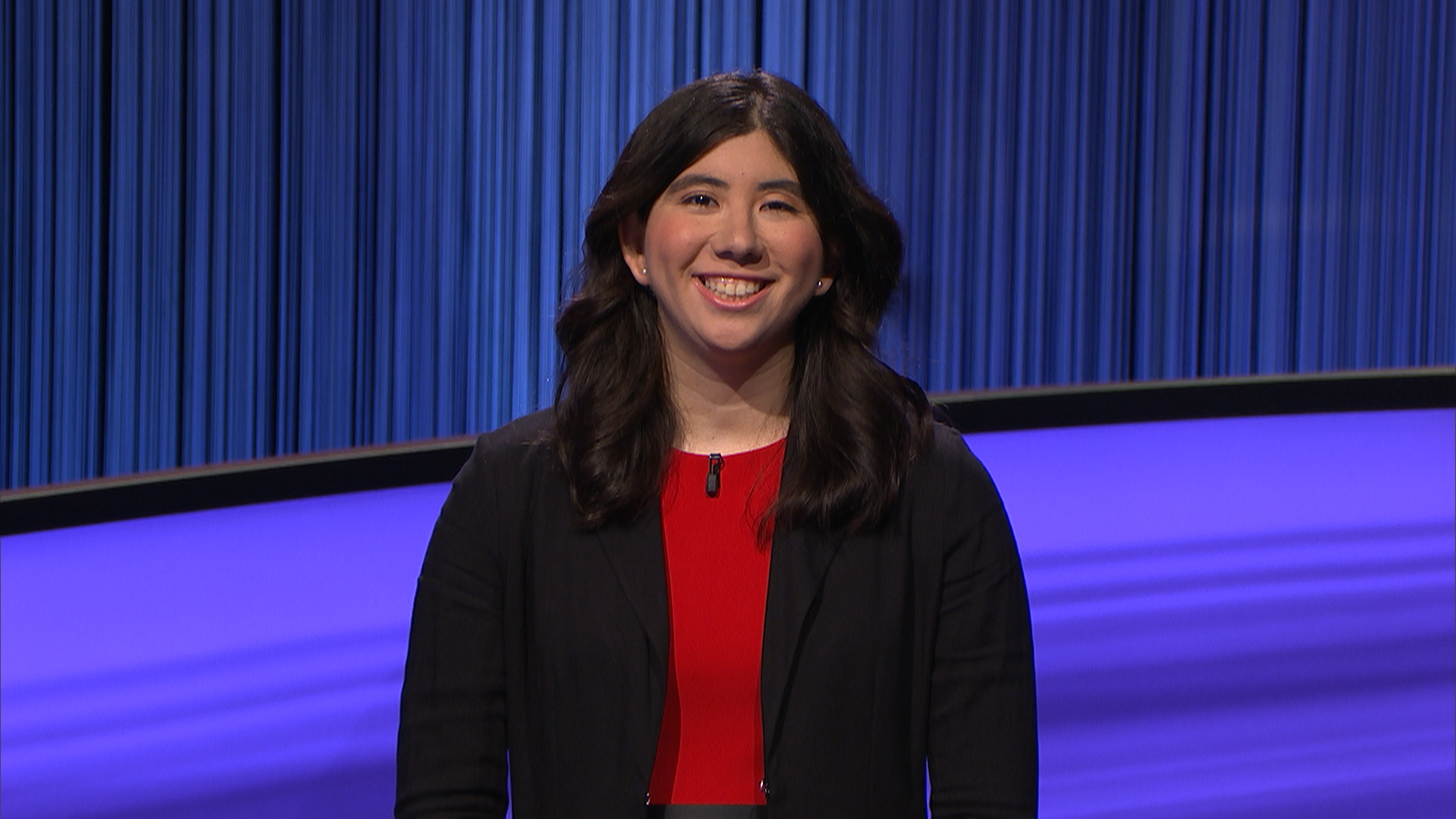 PhD student in the MIT/WHOI-Joint Program Nadège Aoki will be appearing on Jeopardy! this week. The episode will air Wednesday, March 23rd at 7:30 pm on WBZ-TV CBS in the Boston area.

Aoki is part of the MIT/WHOI Sensory Biology and Bioacoustics Lab, led by Associate Scientist Aran Mooney. She studies the bioacoustics of coral reefs, learning how reef invertebrates and other animals produce and respond to sound cues. This also involves learning how scientists can use underwater sound recordings to monitor reef recordings. Aoki did her undergraduate studies in ecology and evolutionary biology at Cornell.

Aoki grew up in McLean, Virginia, a suburb about 15 minutes outside of Washington, DC. She started watching Jeopardy! as a kid and put her love of trivia to the test by competing in regional and national Quiz Bowl competitions in high school. She auditioned for Jeopardy! last year and was invited for further auditions via Zoom over the summer.

When not appearing on national TV, Aoki enjoys catching film screenings in historic movie theaters in the area such as the Brattle, and considers herself an amateur cinephile.

Always ready to show off her trivia skills, Aoki agreed to answer a few random questions, albeit it easier ones than those Ken Jennings asks, and with no prize money on the line.

1. Where is your favorite place in the world?

The Smithsonian National Museum of Natural History – or the local public library in whatever town I happen to be.

2. What TV show is currently your guilty pleasure?

The Real Housewives of Potomac. The drama is wild and as a DC-area native I love trying to recognize the locations.

3. If you were a potato, what way would you like to be cooked?

I’m Jewish, so I think I’d have to go with being fried up as a latke!

4. What other show (besides Jeopardy!) would you like to appear on?

The Great British Bake-Off – either as a contestant or a taste-tester.