Royden joins the ranks of 1,600 Academy members from over 30 countries.

Leigh “Wiki” Royden has been elected to the German National Academy of Sciences Leopoldina, making her one of approximately 50 new members elected each year. 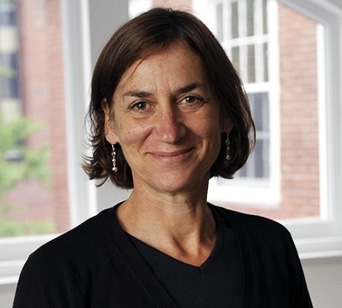 Royden, the Cecil and Ida Green Professor of Geology and Geophysics, use geology, geophysics and mathematics to study the mechanics of large-scale continental deformation, the subduction of lithosphere into the deep mantle, and the processes that drive the motion of the tectonic plates. She joined the MIT faculty in 1984 and served as the Division Head for the Program in Geology, Geochemistry and Geobiology from 2003 to 2010. She is currently the Director of the MIT Experimental Study Group (ESG). She was elected to the American Academy of Arts and Sciences in 2018.

The Leopoldina was founded in 1652 and is one of the oldest continuously existing academies of natural sciences and medicine in the world. According to the Academy’s mission statement, it “promotes a scientifically enlightened society and the responsible application of scientific insight for the benefit of humankind and the natural world.” There have been over 7,000 scientists granted membership since its founding, including famous figures such as Marie Curie, Albert Einstein, and Charles Darwin.