Grad student Joanna Millstein is tackling big questions about glacier dynamics that will help us understand how changing—and in some cases disappearing—ice sheets will affect the planet.

Read this at MIT Technology Review

Joanna Millstein had never felt as small as she did in 2014 when she stood at the summit of Greenland atop a glacier two miles thick, gazing at the impossibly vast ice sheet that stretched out before her. But she was alarmed to find herself standing in slushy snow, warm enough to have ditched her parka. She could clearly see the icy layer of the glacier that had formed in 2012, when the entire surface of the Greenland ice sheet melted and refroze for the first time in recorded history. “I just needed to see it to believe it,” she recalls. “And to be so horrified.” The experience launched what she calls “an absolute obsession” with understanding glaciers.

“Glacier ice is this absolutely fascinating material, but it’s kind of hard to study it because it melts into water, it’s not very stable, and it’s really hard to get to,” she says. With very little monitoring infrastructure in place in Greenland and Antarctica, glaciologists and polar scientists typically rely on satellite data to do their work.

That has left tantalizing unanswered questions about how ice flows and breaks. And tackling them is essential for understanding how the ice sheets are going to affect the rest of the world as they change—and in some cases disappear. “The question of how does ice flow—you’d think that we would have that down a little more precisely than having a grad student in 2022 think about it,” she says. But that’s exactly what she’s been doing at MIT. 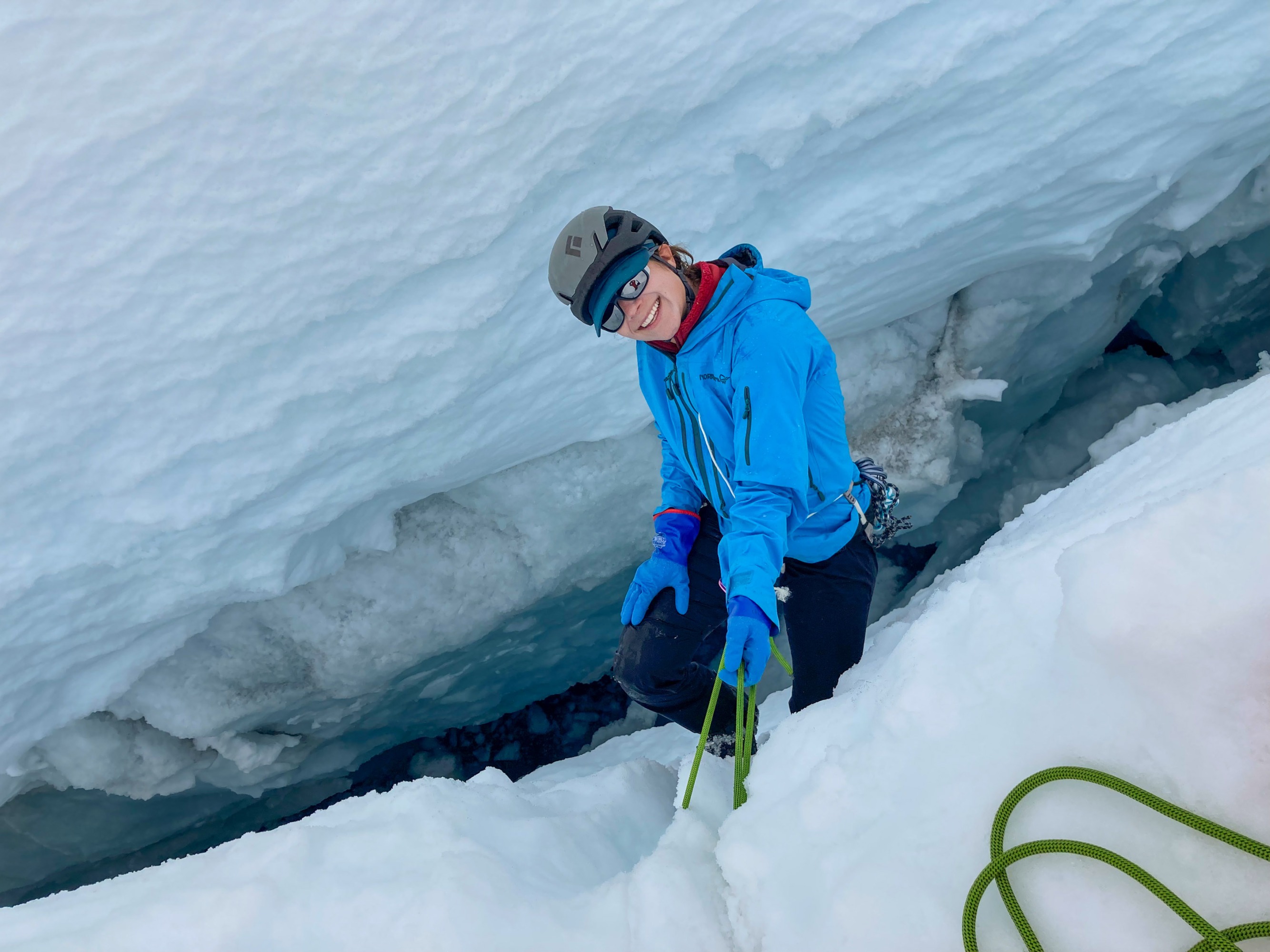 Millstein rappels into a crevasse on the Taku Glacier in Alaska. Photo credit: Vanessa Farley/Stanford University

Up to the early 2000s, most glacier research focused on documenting which ice sheets were retreating or thinning. Millstein, who’d spent a year working in the Arctic on a fellowship after graduating from Dartmouth College in 2017, wanted to go beyond observing to make inferences about the dynamics of glaciers.Earth, Atmospheric, and Planetary Sciences professor Brent Minchew, an aerospace engineer turned geophysicist, was delving into glacier science using orbiting radar instruments and mechanics and invited her to join his new Glacier Dynamics and Remote Sensing Group at MIT.

“I was really excited about the way he wanted to apply old ideas in other fields to glaciology—things that existed in engineering and materials science for decades but no one had brought into glaciology,” she says. But first, she had to shore up her very basic understanding of continuum mechanics, which she describes as a “pretty in-the-weeds” subfield of physics and mechanics that assumes everything is essentially a blob and moves as a unit. She also had to boost her computer programming skills and learn Python. A year and a half later, she was ready to tap into satellite data.

Millstein began by looking into Glen’s Flow Law, an equation developed by British scientist J.W. Glen in the 1950s based on his experiments applying force to blocks of ice in the lab. He noted that the variable for stress in his equation would be raised to the power of 2 or 4, depending on the situation, and glaciologists settled long ago on using the mean value of 3. Millstein decided to test Glen’s equation onthe Antarctic ice shelves, the floating edges of the continent’s ice sheet. She plugged satellite data—including radar, optical imagery, and altimetry observations—into the equation, expecting to verify that standard exponent. But she consistently came up with an exponent of 4.1, with values slightly lower on the eastern shelf and slightly higher on the western shelf, where the ocean is up to 1 °C warmer, melting the ice from below.

The result, published earlier this year in Communications Earth & Environment, was “a crazy aha surprise” to Millstein. “I was assuming it would work—it would give us a 3—because we’d never interrogated why we use that number and didn’t think it was important,” she says. “Getting 4 across the continent,consistently, blew my mind.”

That higher exponent means ice flow in the most dynamic parts of Antarctica—the ice shelves—is more sensitive to changes in stress than researchers had long believed. It also validates the idea that the big-­picture mechanics of ice—events such as huge icebergs breaking off, or even slight accelerations of full-thickness fractures known as rifts—play a bigger role in how ice flows than ice density and micro-level processes involving individual grains of ice. And it suggests that “things can go a lot more quickly if they start to unravel,” Millstein says. Nevertheless, while she hopes the equation continues to be tested and calibrated, she is skeptical of a doomsday scenario in which all of Antarctica disappears overnight. 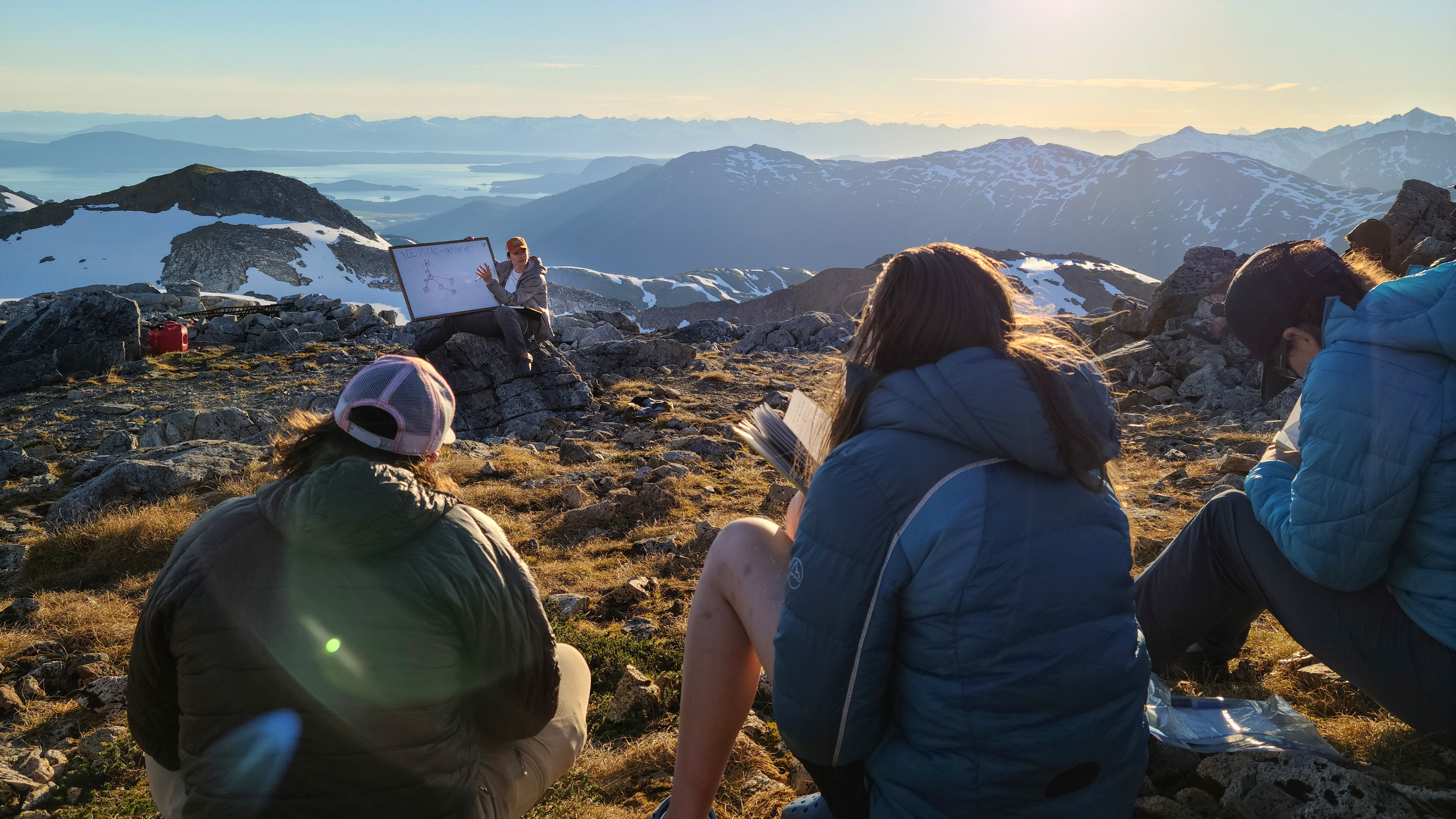 To better understand how and why ice cracks, Millstein has been investigating how variation in strain rate—the deformation of a material over specific time intervals—influences glacier motion. Her data comes from the European Space Agency’s Sentinel-1 satellite, which has been capturing radar images of Earth’s surface every six days for the past six years. Having used that data to generate more than 25 terabytes of strain rates on the continent, she’s now focused on studying how strain corresponds to the way cracks are moving through Antarctica’s Brunt Ice Shelf—and whether strain might be related to high tides, atmospheric signals, or other factors. “Trying to detangle those observations into a coherent story is really fun, but it is a lot of data,” she says. “My typical day involves turning a very daunting number of terabytes into pretty maps.”

“I’m trying to figure out if strain is a useful way to indicate where things will happen next: where icebergs will form, where glaciers will break, where ice flows will accelerate,” she says. By comparing strain rates derived from Sentinel-1’s radar readings to multispectral images captured by Landsat satellites, she’s found that increasing strain rates often foreshadow the spread of a crack through ice.Given that calving—in which large chunks break off from ice sheets—accounts for nearly half of Antarctic mass loss, improving our understanding of that process is critical. Researchers don’t know yet whether this mass loss is accelerating with climate change or is part of the natural life cycle of ice shelves. But given that rising ocean temperatures are melting Antarctica from the bottom, we need to know whether that weakens the ice, making it more susceptible to breaking.

“There’s huge uncertainty in all sea-level-rise predictions,” she says, adding that questions about what will happen in Antarctica account for most of that uncertainty. “We’ve got to figure out how to narrow the error bars.”