A passion for science and music

In the quiet hall outside of Hayden Library, Zoe Levitt’s soft, musical voice fills the room. The acoustics are perfect for amplifying her words and her innate passion for geology. Or, more specifically, paleomagnetism — using magnetism to study the geological history of the Earth — which is the focus of her senior thesis. 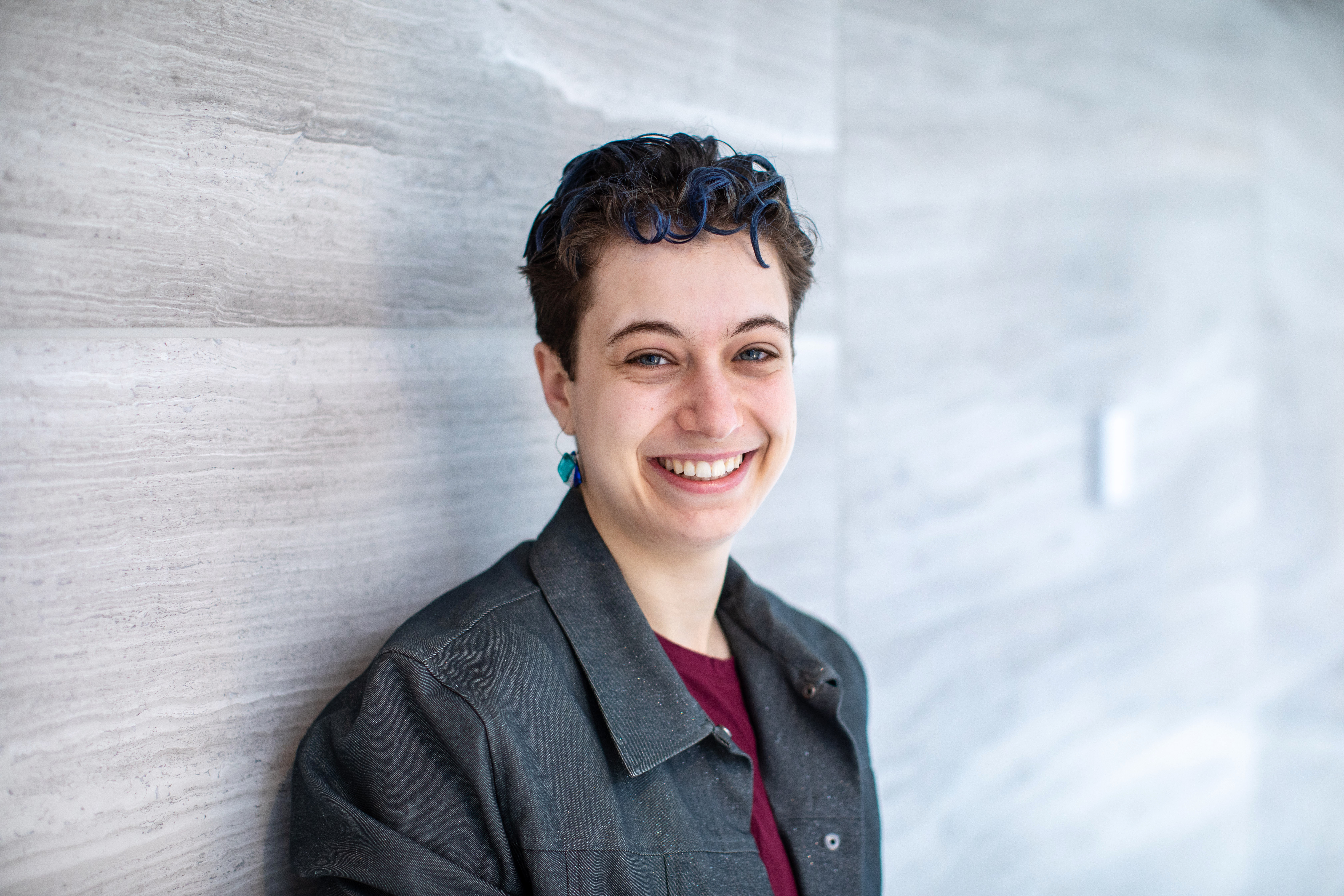 “The question is, when did plate tectonics actually start?” Levitt explains, her hands moving in rhythm with her words. “Was it intermittent? Or was it continuous?”

As a senior in Course 12 (Earth, Atmospheric and Planetary Sciences, or EAPS), it seems like Levitt is on track to head off to graduate school and further her geological pursuits elsewhere. But she’s not. Levitt’s time at MIT has been filled with unexpected surprises, including choosing geology as her major in the first place. Now that she’s finished, she’s settled on an entirely different field: songwriting.

“I really have loved studying geology,” she explains. “But right now, I really feel the need to pursue music.”

Levitt grew up in Cambridge, Massachusetts, no stranger to the people of MIT and their passion. When she arrived at MIT, she had been thinking of majoring in math or engineering. But she was persuaded to major in geology after signing up for a Freshman Pre-Orientation Program (FPOP) to Yellowstone and Grand Teton national parks.

“I really applied for the trip just because I wanted to get out of Boston and go see somewhere else,” she laughs, confessing that the idea of just going to restaurants or other places in the area seemed too boring. The trip also coincided with the 2017 eclipse, so between that, hiking, and learning about geology with experts, Levitt was sold.

She did geology research the summer after her first year, working with a postdoc in Kristin Bergmann’s lab, where they looked at 1.8-billion-year-old rocks to try to understand the oxygen environment at the time of their creation. She did her first field work trip to Michigan, and then in the fall returned to Yellowstone on the FPOP trip, this time as a teaching assistant.

“I think EAPS is really special in that you get to go on these trips into the field with professors and really get to know them and get to know their expertise,” she says. One of her favorite EAPS moments was a trip in January 2020. The field cook had brought a guitar and Levitt brought her mandolin, and together they jammed around the campfire while everyone chatted.

Music has long been a part of Levitt’s life. Her father bought her a Baby Taylor guitar for her sixth birthday, and she switched to mandolin as her primary instrument a few years later. She grew up in the bluegrass scene, attending festivals with her father.

“I was always really driven by the melodies of compositions, but I never really paid attention to the words,” she explains. “I was going through a pretty tough time and ended up starting to write songs to process what was happening.”

In spring 2020, Levitt was ready to take a serious step into songwriting, so she reached out to Celia Woodsmith, a Grammy Award-nominated musician. Woodsmith, like many musicians whose plans were disrupted by the pandemic, agreed to lessons.

Levitt’s songwriting first began as a way for her to process her emotions and experiences as a sexual assault survivor. She has since shared her songs to raise awareness, including recording two songs about her experience as a survivor for National Public Radio’s Tiny Desk Contest and performing an autobiographical piece in the 2022 MIT monologues. She also performed at the Boston Area Rape Crisis Center’s Walk for Change and recorded a song for the Cambridge Women’s Center’s video commemorating their 50th anniversary.

“I hope that sharing my songs can bring healing to others as it has for me,” she says.

Since then, Levitt has been using her “curiosity and a passion for discovery” from her time in EAPS to explore new topics in her music, such as mental health struggles, historical narratives, and satirical songs. Her song “We Flattened the Curve”, comments satirically on the U.S. Covid-19 response using mathematical observations. Levitt, who in addition to majoring in geology is minoring in both music and math, jokes that she’s “already putting that math degree to some good use!”

Even though Levitt officially graduated in the spring, she isn’t done with MIT just yet. She was awarded an Eloranta Summer Undergraduate Research Fellowship, which she’ll be using to further her musical pursuits. This fall she hopes to travel to Nepal to collaborate with local musicians on a project recording and transcribing traditional music.

And she isn’t done with geology, either. She’ll be spending six weeks doing fieldwork with EAPS Professor Oliver Jagoutz in the Himalayas in July.

“I haven't made it out to the field since [2020] so I'm really excited to get back out there,” she says. “In the fall I'll be focusing on sharing my music for the time being, and then see what happens from there.”