Professor of Geophysics Thomas A. Herring on how he studies Earth's surface

The Global Navigation Satellite System (GNSS) enables the precise location of points on Earth’s surface. For geodesists like Dr. Herring, it also is a key geodetic technique for his studies of surface deformation processes.

Read this at NASA Earth Data

Research interests: Applications and development of geodetic systems, with a current focus on using the Global Navigation Satellite System (GNSS) to study surface deformation processes on Earth and the media through which satellite microwave signals propagate.

While the national names of GNSS constellations may differ, the technique is the same – clusters of satellites constantly transmit location and timing data that are detected by ground-based receivers. By using precisely timed signals from at least four satellites in known orbits, the exact position of a receiving station can be determined. As of November 13, 2020, 30 operational satellites comprise the U.S. GPS constellation, according to GPS.gov. 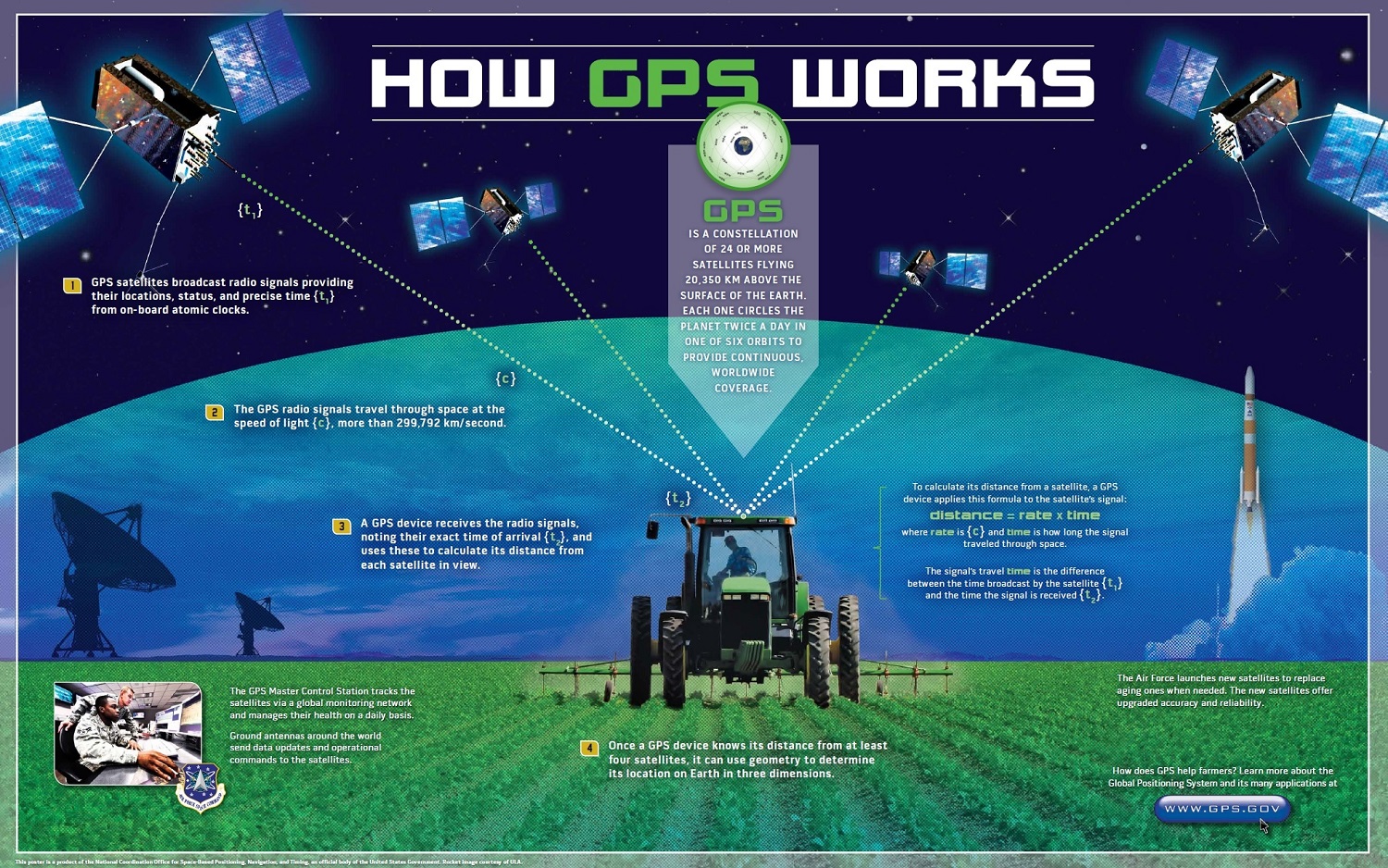 GNSS is one technique in the field of geodesy, which is the science of measuring Earth’s geometric shape, orientation in space, and gravity field. GNSS is also a key element of geodesist Dr. Thomas A. Herring’s research into surface deformation processes and how microwave signals from satellites propagate through various media. The deformation processes Dr. Herring studies can be steady (such as the motions of tectonic plates, which move at a rate of three to five centimeters per year, according to National Geographic), transient (such as rapid deformations from earthquakes and processes that follow earthquakes), or intermediate (such as the subsidence of land through water pumping or oil extraction that occurs on timescales of days to months). He observes that the media (soil, rock, etc.) through which the satellite signals propagate can affect the location information of sites on and near Earth’s surface and must be accounted for to determine precise location change over time.

The geodetic data used by Dr. Herring come from a number of sources, including data freely and openly available through NASA’s Crustal Dynamics Data Information System (CDDIS). CDDIS archives and distributes geodetic data in NASA’s Earth Observing System Data and Information System (EOSDIS) collection. The data and derived products available through CDDIS come from a global network of observing stations equipped with one or more of the following geodetic techniques:

Along with the GNSS data he acquires from CDDIS, Dr. Herring and his colleagues at the Massachusetts Institute of Technology (MIT) also create their own GNSS data products. These include the GNSS At MIT and Global Kalman filter (GAMIT/GLOBK) software, which is a comprehensive suite of programs for analyzing GNSS measurements primarily to study crustal deformation. Freely available from MIT, GAMIT/GLOBK was developed by MIT, the Harvard-Smithsonian Center for Astrophysics, the Scripps Institution of Oceanography, and the Australian National University, with support from the U.S. National Science Foundation and NASA’s Earth’s Surface and Interior (ESI) focus area.

One of Dr. Herring’s recent research projects involves analyzing large datasets collected for studying the North America Pacific plate boundary and the deformations happening in North America and the region around it. A well-known part of this region is along the San Andreas Fault, where a section of western California, as part of the Pacific Plate, slides north-northwestward past the rest of North America. As noted by the USGS, Point Reyes National Seashore, Golden Gate National Recreation Area, and Pinnacles National Park are landscapes shaped by movement of the San Andreas Fault, and Cabrillo National Monument south of San Diego lies within the broad zone of deformation created as the Pacific Plate slides past the North American Plate. GNSS data enable the precise mapping of this deformation as well as the rate of plate movement.

Dr. Herring points out that the steady motions at the plate boundaries indicate how strain and stress are accumulating. Transient phenomena, often referred to as slow slip events (SSE), affect the interaction between the stress building at the plate boundary and the release of this stress, which is experienced as an earthquake. The precise relationship between the steady accumulation of stress and the resulting transient phenomena is still being determined, and the ultimate aim of this research is to better understand the processes leading to earthquakes. The GNSS data used in these studies are available through CDDIS along with products generated by the IGS.

GNSS also is useful in studies of how architectural structures, such as tall buildings, radio towers, and similar objects, react to transient phenomena. This is what took Dr. Herring to the top of the tallest building in Kuwait – the 1,355-foot Al Hamra Tower. A GPS system was installed near the top of this sinuously curving skyscraper to study the response of the building to earthquakes and environmental changes. In November 2017, the research team used GPS data to analyze the motions at the top of the building due to a distant magnitude 7.3 earthquake. While motion at ground level was approximately 40 mm, motion at the top of the building was measured at approximately 160 mm. According to the research team, the building responded as expected, although it continued shaking for an extended period of time after the first waves from the earthquake arrived. This research has direct applications for architectural design in earthquake-prone regions and was a collaboration with the Kuwait Institute for Scientific Research (KISR) and the Kuwait Federation for the Advancement of Science (KFAS).

Whether you’re trying to measure the movement of a continental plate moving mere centimeters a year or the rapid deformation to land and structures following an earthquake, a constellation of GNSS satellites traveling tens of thousands of miles per hour around Earth makes this possible. The research of Dr. Herring – using data freely available through CDDIS and other sources – is helping make these data even more precise. 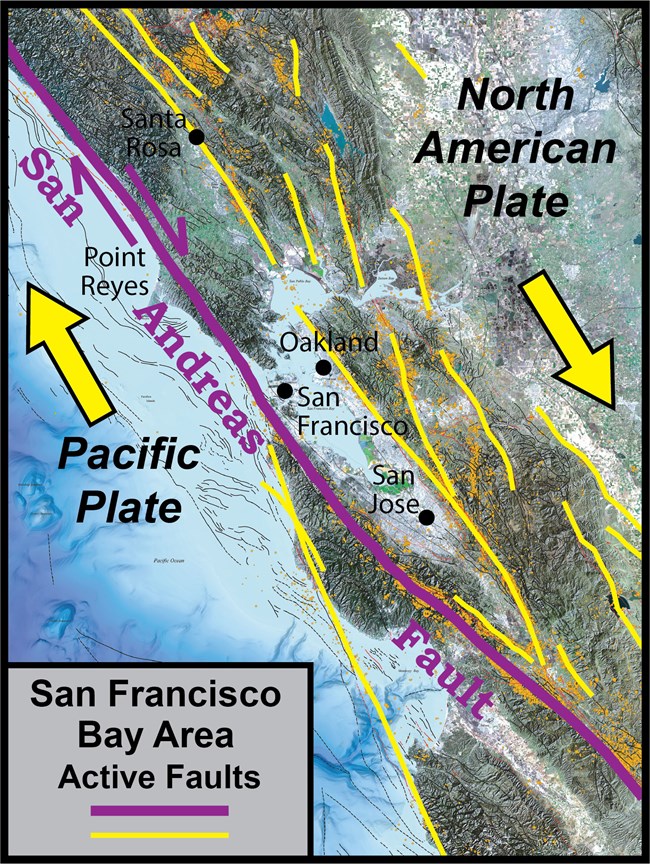 Products generated by Dr. Herring and his colleagues for distribution through CDDIS:

Read about the research: