Following touchdown, MOXIE will brew up oxygen while geologists comb for sediments to sample.

On Thursday, NASA’s newest Mars rover, Perseverance, is scheduled to touch down on the surface of the Red Planet following a nail-biting entry and descent sequence vividly known as the “seven minutes of terror.” If all goes according to plan, the car-sized explorer will blast safely down into Jezero Crater, a 28-mile-wide impact basin that once may have hosted a river delta flooded with water, and possibly life.

Over the next year and a half of its primary mission, Perseverance will explore the crater and collect rock samples that will one day be returned to Earth, where scientists hope to study them for evidence of ancient microbial life.

As the rover traverses the empty lake bed, it will determine which sediments to sample, with the help of MIT’s Tanja Bosak, professor of geobiology, and Benjamin Weiss, professor of planetary sciences. Bosak and Weiss are members of the mission’s return sample science team and will be using the rover’s images to direct the vehicle toward interesting sediments to collect.

While Perseverance trundles across the crater, the MIT-designed Mars Oxygen In-Situ Resource Utilization Experiment, or MOXIE, installed in the belly of the rover, will be sucking in carbon dioxide-heavy Martian air and converting it into oxygen. 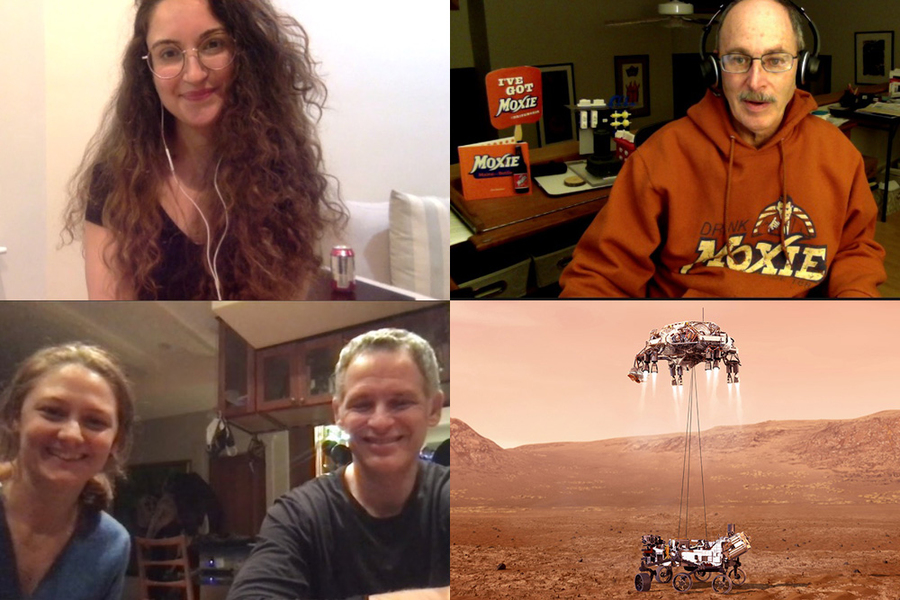 MIT researchers, including MOXIE principal investigator Michael Hecht of MIT’s Haystack Observatory and PhD student Maya Nasr, will be monitoring and adjusting the instrument’s performance from Earth. If it works, MOXIE will demonstrate a viable path to producing oxygen and sustaining future human explorers on Mars.

MIT News spoke with Hecht, Nasr, Bosak, and Weiss about what to expect in the hours and days following the rover’s landing and how Perseverance will lay the groundwork for “day-after-tomorrow science.”

Q: Once Perseverance touches down, what will MOXIE be doing to prepare for making oxygen on Mars?

Hecht: Frankly, in the first hours, we’ll all be celebrating. Then we expect to do the first MOXIE check-out — “Hello, are you there? Are you listening?” — somewhere around the 13th sol (Martian day). Some days later, we’ll do a health check on all the individual pieces: Do the heaters work? Does the compressor work? Then, we’ll make oxygen for the first time. And we expect that to be within the first 30 days.

Nasr: We’ll be getting data from the rover, changing it into engineering units that we actually can understand, and looking at multiple parameters, including the purity of the oxygen that is produced. We’re expecting MOXIE to make about 6 grams of oxygen per hour.

Hecht: As human beings, we’re probably using 20 to 30 grams per hour. Six grams per hour is enough to keep a small dog alive and happy. It’s also maybe the amount a modest sized tree would produce. So MOXIE is a little mechanical tree. When we build a full-scale system to support the first trip of people to Mars in 20 years or so, we will have to be producing 2- to 3,000 grams per hour. That’s 200 times more than what we can do now, and the reason we’re not doing that amount now is we don’t have enough room and power for a system anywhere near that big. So, we’re doing what we can with the resources that we’ve got.

We also have two microphones on the rover, and we hope to be running those at the same time as MOXIE, which is running a motor. And with most motors, you know when they’re working by how they sound. So this will be another first: MOXIE not only will be making oxygen on Mars, but we’ll be listening to it making oxygen.

Q: If all goes well with this landing, what happens next in terms of exploring and collecting samples of the Martian terrain?

Weiss: In the first few days, the big thing will be to find out exactly where we landed. The rover can land anywhere within a calculated landing ellipse. We gamed out scenarios of landing in different parts of the ellipse, and depending on where you land, you could have a very different type of mission. So, the first goal of the science team is to immediately explore the landing site from remote images and start planning where we’ll go first.

Bosak: As for the samples, we and other sample scientists are looking for different kinds of samples for the rover to collect. There are multiple cameras and instruments on the rover that can come close to the rocks and probe their composition, some of which are good at detecting organic matter, and we can even fingerprint certain minerals. We won’t be drilling and sampling randomly, but really using all that information that goes into saying, yes, this is a sample we want. 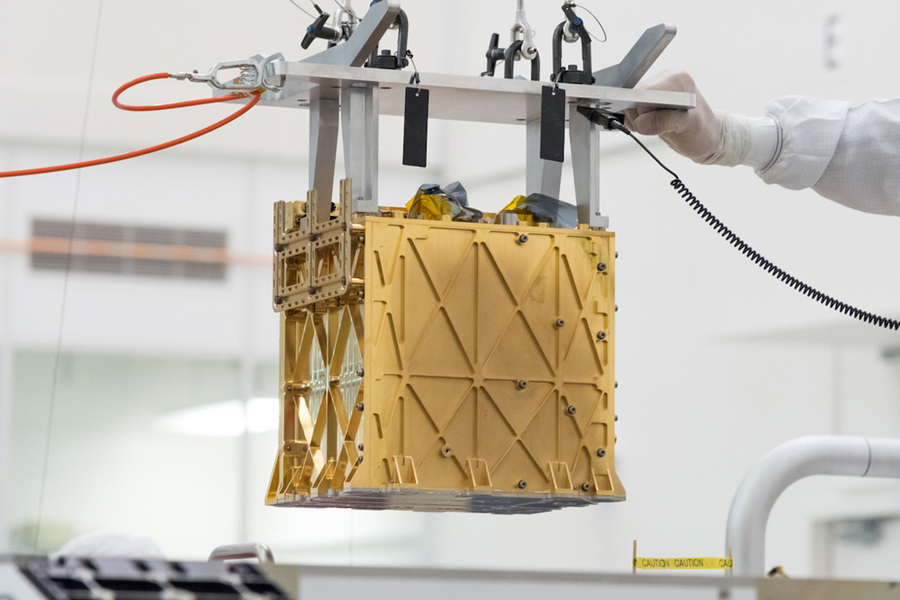 Technicians in the clean room are carefully lowering the Mars Oxygen In-Situ Resource Utilization Experiment (MOXIE) instrument into the belly of the Perseverance rover. Credits: NASA/JPL-Caltech

And Jezero Crater, where we’ll land, was once a river delta where ancient water once interacted with sediments being delivered into the lake. And it may contain other minerals such as carbonates, that are similar to what make reefs on Earth. There are also materials that can tell us when and how the climate on Mars changed. And for me, all these sedimentary rocks are great because once we bring them back to Earth, we can analyze them for any traces of past life there.

Weiss: What’s so special about this particular mission is these samples will probably be studied for decades or more. We’re still learning things that are fundamental from Apollo lunar samples, 50 years later. The legacy of this mission, even among Mars missions, is going to be inestimably long. Our goal is to get the best samples so future generations can figure out what they mean.

Q: The viewing experience this year will be different from past landings because of the ongoing pandemic. How will you be watching the touchdown?

Hecht: There’s nothing like toasting each other and hugging each other, but we’ll be doing something that will at least be fun. This little science team of about 400 people will be gathering in a place called Gather Town, a fun application where you have a little avatar that wanders through different rooms and talks with people, and it’s like simulating what it would be like if we were in a building or a bar. So that’s what I think most of us will be doing when we actually land, is mingling virtually on Earth.

Nasr: I’ll be joining and virtually celebrating with the entire team, hopefully with some MOXIE drinks on the side.

Bosak: I’ve always ever watched landings when the viewings have been organized for the public. I remember for the Spirit and Opportunity rover landings, everyone was just glued to their screens. And it is unbelievable to me that we are now part of this landing, as virtual as it is.

Weiss: It’s clear that Perseverance was the right name for this mission. I don’t know how the student who proposed it intuited that it would be the right name, but they nailed it. It’s amazing that they launched it, and we’re all here today, after what has happened in the past 11 months.

Hecht: We should all get together in 15 or 20 years, when we get the first person to step onto Mars. That will be an extraordinary event. I’m proud to help pave the way for that kind of day-after-tomorrow science, as much as I’m proud of being part of this mission, today and tomorrow.

Space for all is this student’s goal

With Perseverance and a little MOXIE, MIT is going to Mars

Field geology at a distance

Mars 2020: The search for ancient life is on

Going to the Red Planet