Getting back into the swing of things: DEAPS 2021 in pictures

Fall 2021 marks the first semester since the start of the COVID-19 pandemic where first-years could begin their MIT journey with some of the usual new student offerings, including pre-orientation programs. The Discover Earth, Atmospheric and Planetary Sciences (DEAPS) program brought together a group of 20 incoming first-years to explore the different disciplines that call EAPS their home through a wide range of academic and social activities, involving interactions with faculty, students and staff. As the fall semester comes to a close, take a look back at some of the activities the first-years participated in. 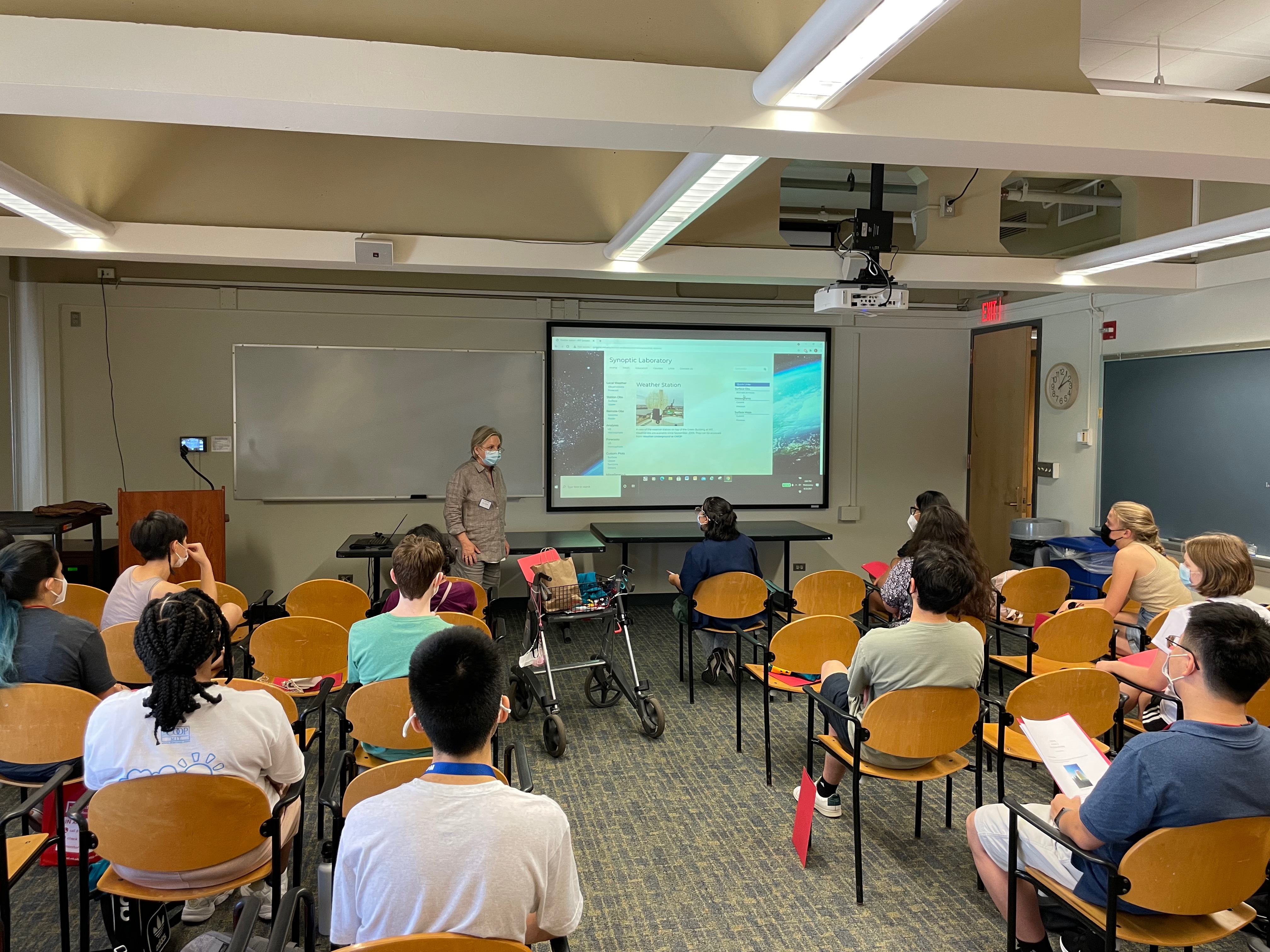 Senior Lecturer Lodovica Illari describes the basics of hydrostatic balance before sending the students out on their first mission: to estimate the height of the Green Building using pressure data collected at its base and rooftop. 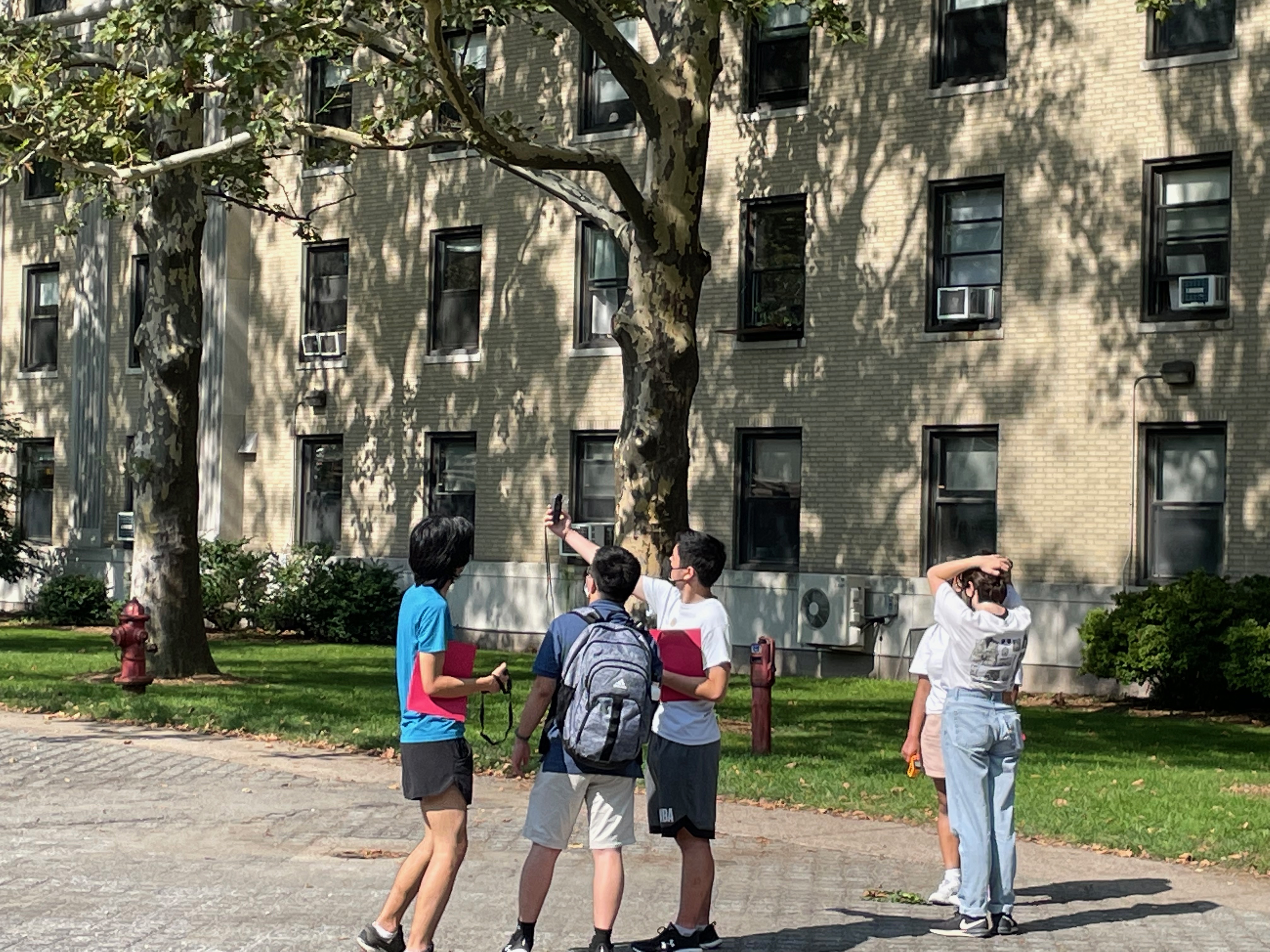 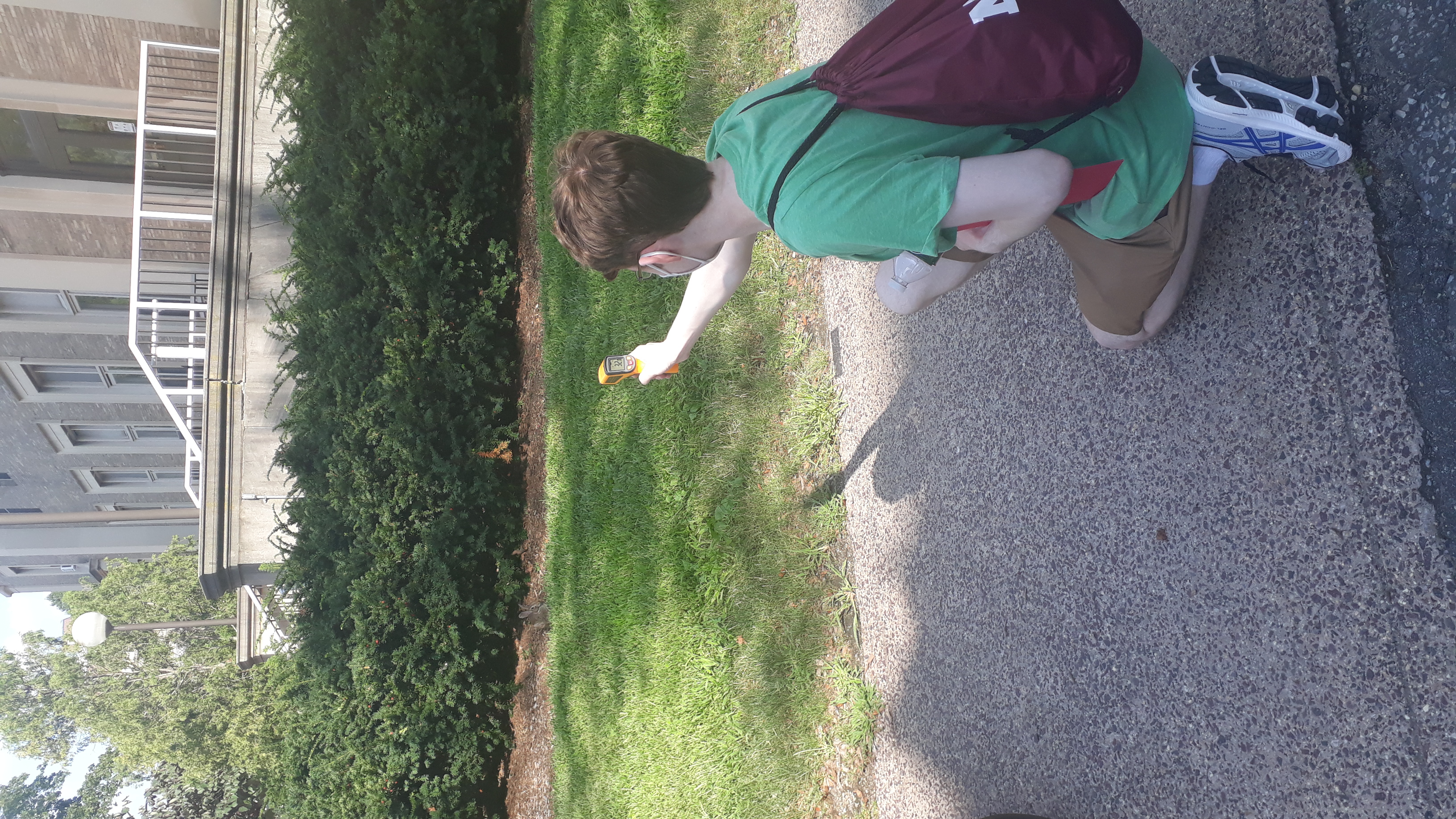 On the left, students use a weather station to register the pressure and the wind speed, aided by Megan, one of the TAs. The students also learned about the basics of radiative transfer and the greenhouse effect, and used infra-red thermometers to measure the temperatures of clouds, the clear sky, and different surfaces. On the right, they are seen corroborating that a little bunny roaming the grass by the Walker memorial was emitting more IR radiation than the shaded leaves of its surroundings.

In previous versions of the program, students and TAs would drop oranges, melons and a watermelon from the rooftop of the Green building to have an alternative estimate of its height, based on the time of the fall and the equations of kinematics. Although a fruit drop could not happen this year due to renovation work, Bill McKenna, a researcher in the Synoptic and Fluid labs, worked his video editing magic to provide the students with ultra-clear, time-stamped footage of the watermelon drop from 2019:

The kinematic method, usually affected by the imprecision of measuring the time with a stopwatch, gave a pretty accurate result this year: roughly 85 meters from the base of the building to the rooftop (excluding the Radome). The virtual drop worked very well! 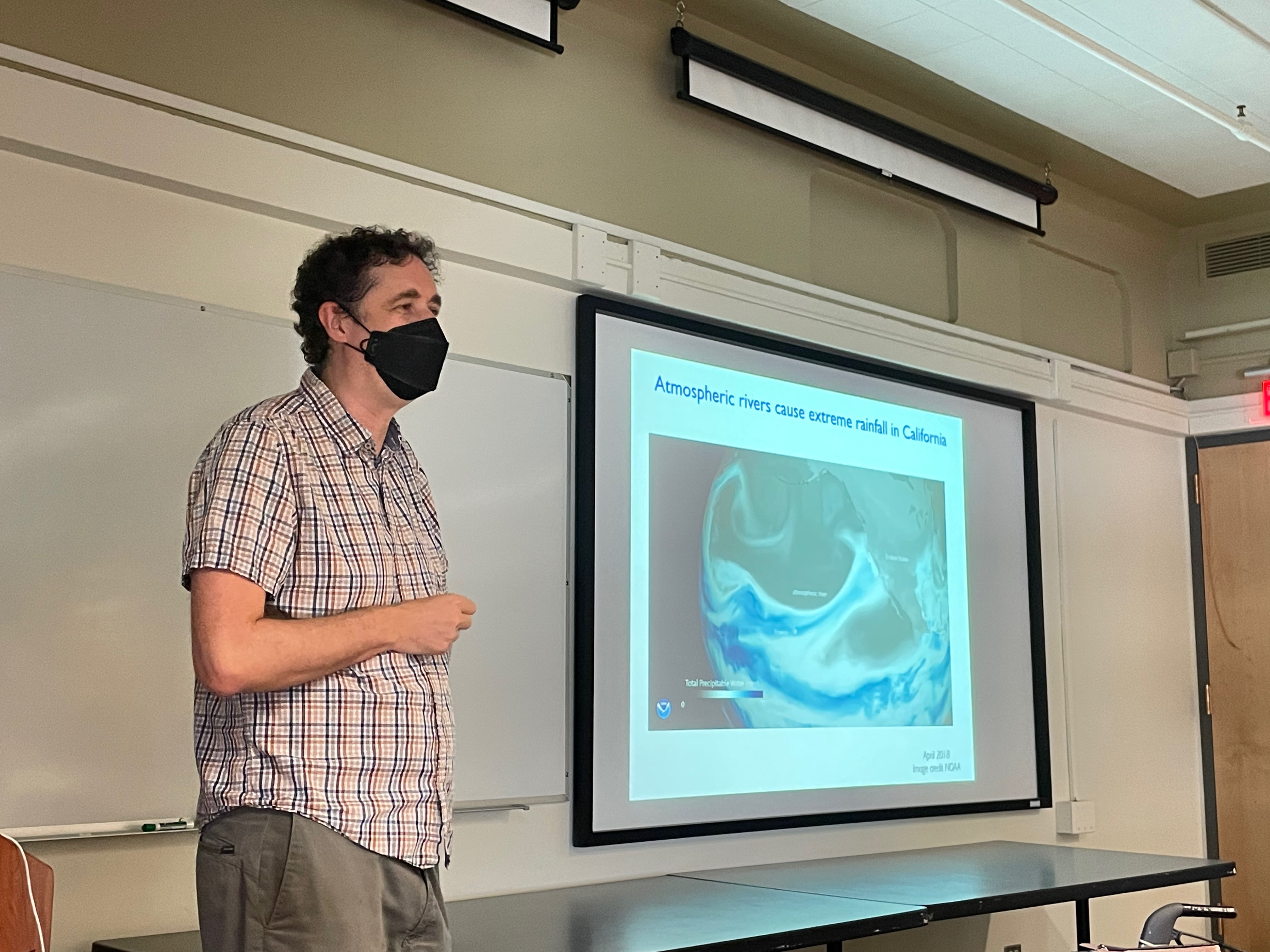 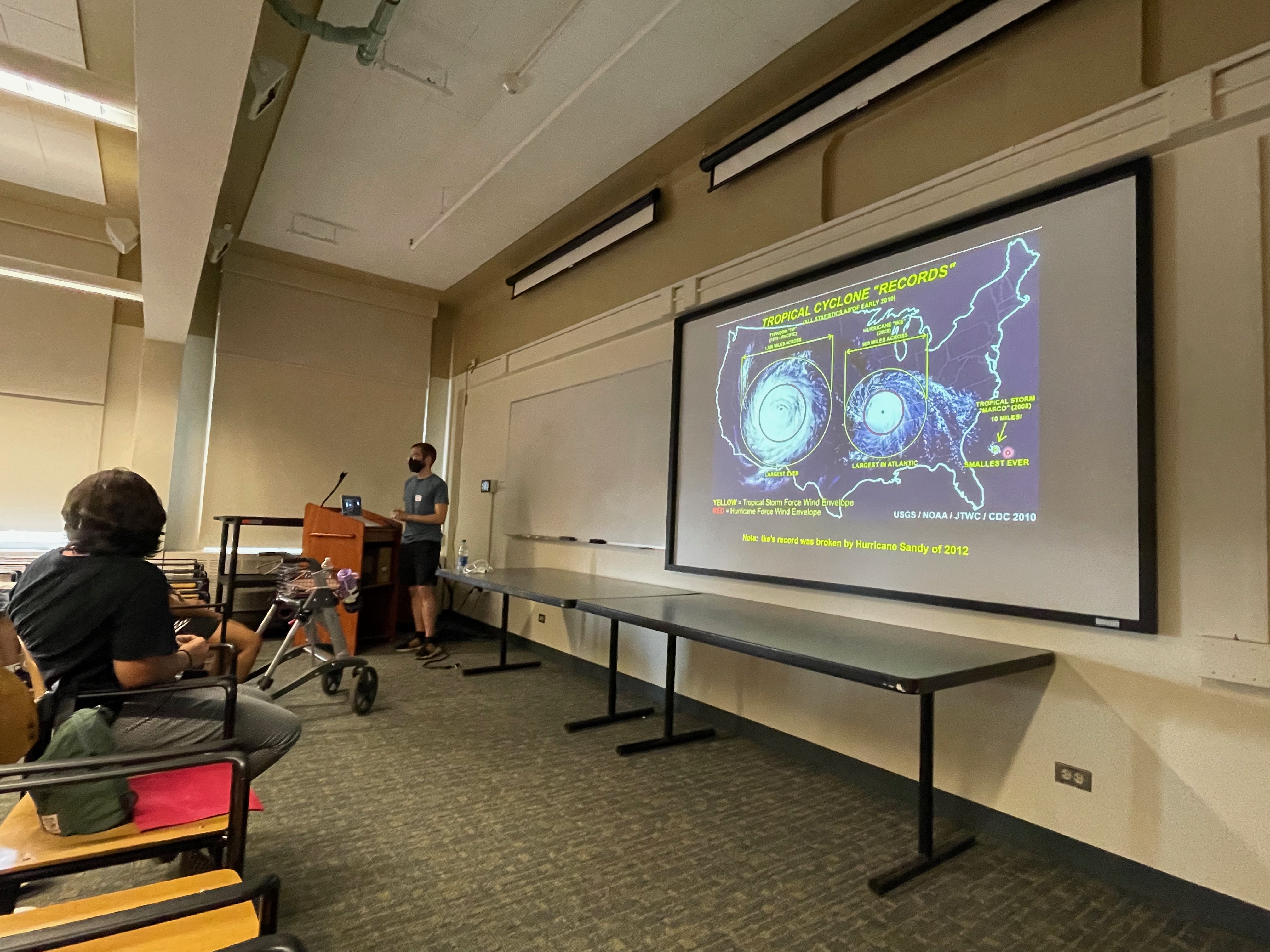 Graduate student Martin Velez Pardo talks on the physics of hurricanes, at the same time Hurricane Ida was developing in the Gulf region. 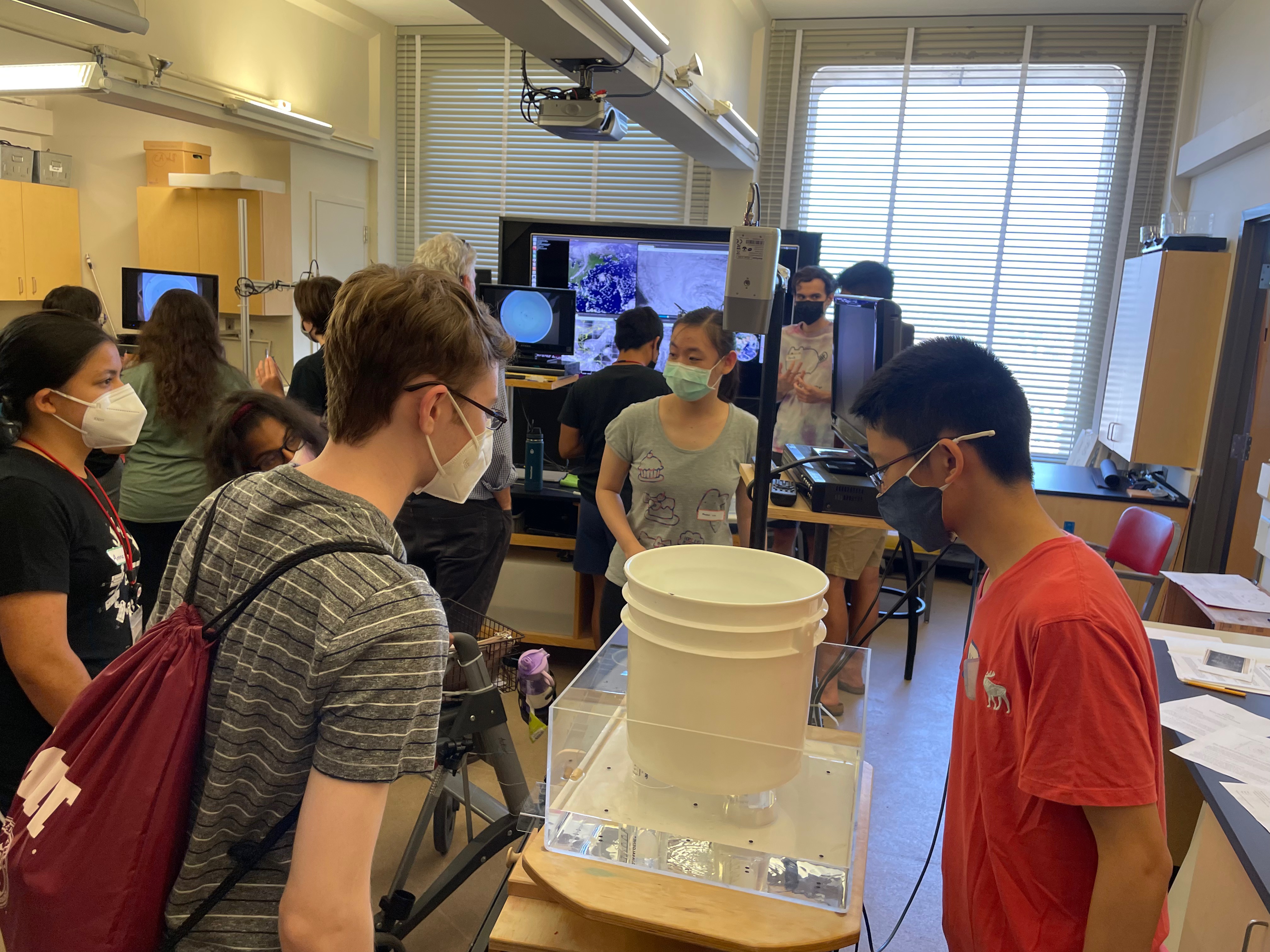 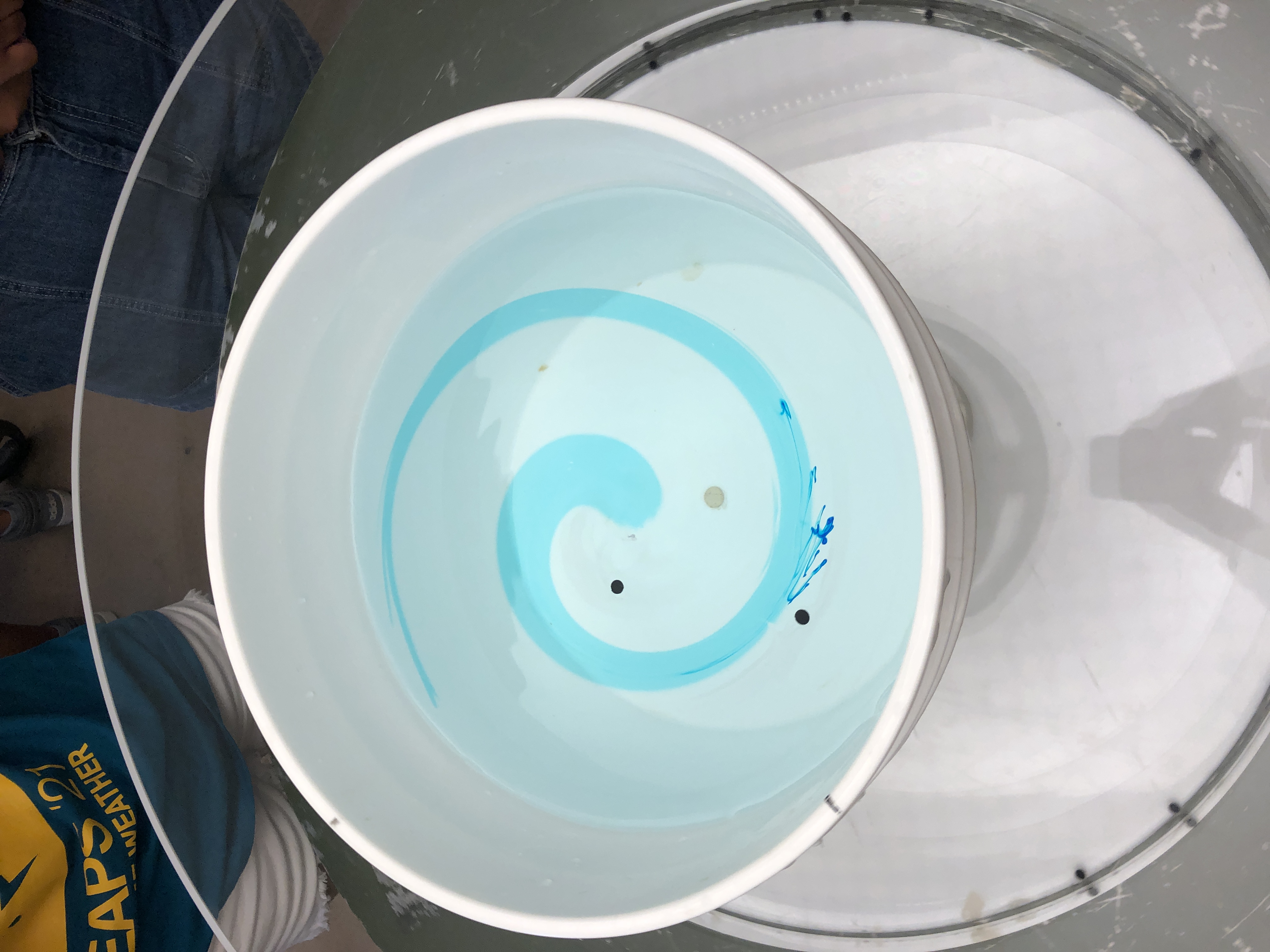 Students explore the dynamics of vortices with rotating fluid experiments. 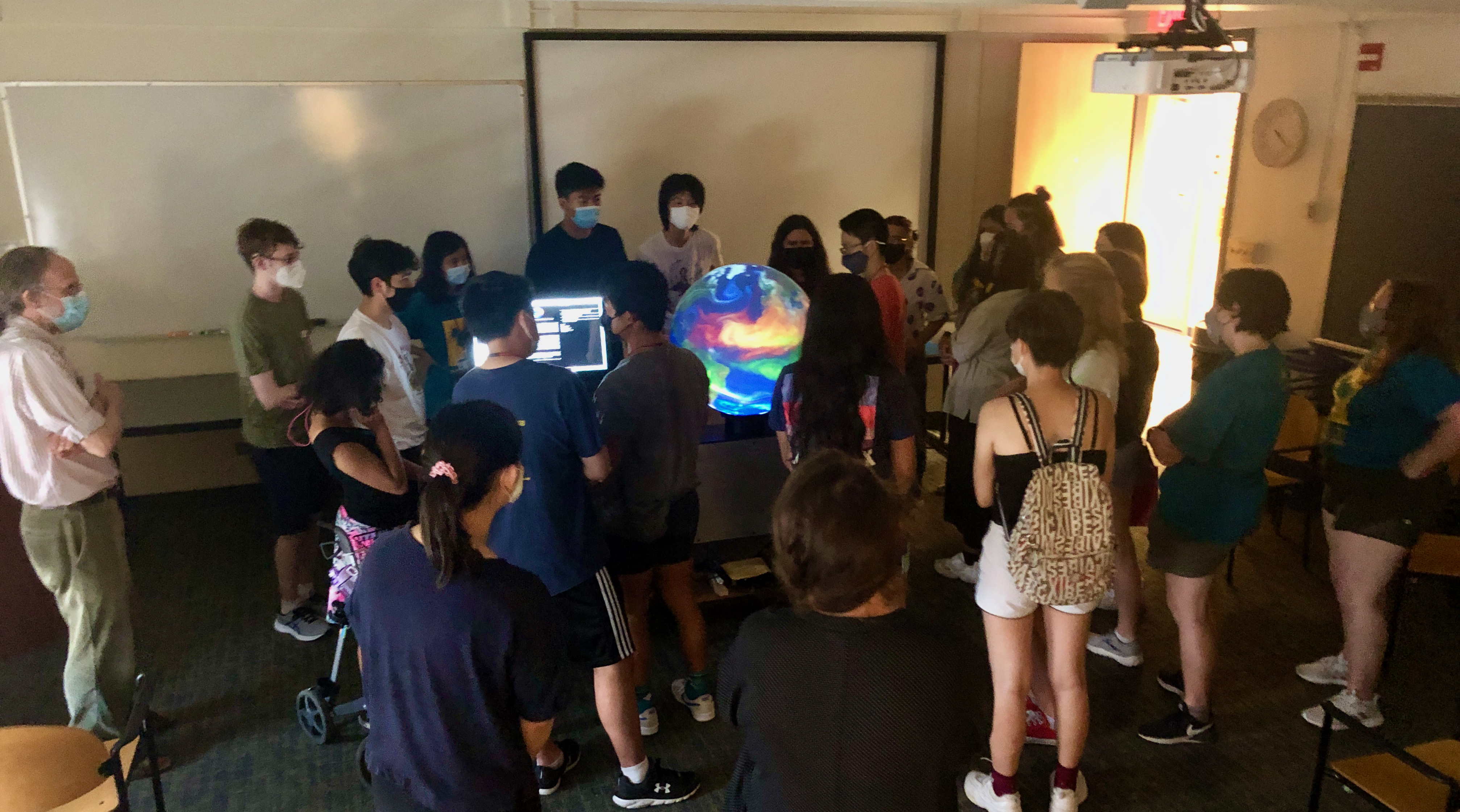 Students gather around the iGlobe while Professor Glenn Flierl demonstrates several of the iGlobe’s interactive movies projected on the globe. In this photo, students observe the movement of dust (red), sea salt (blue), and black/organic carbon (green) on all sides of the Earth from data from the GEOS-5 Nature Run. 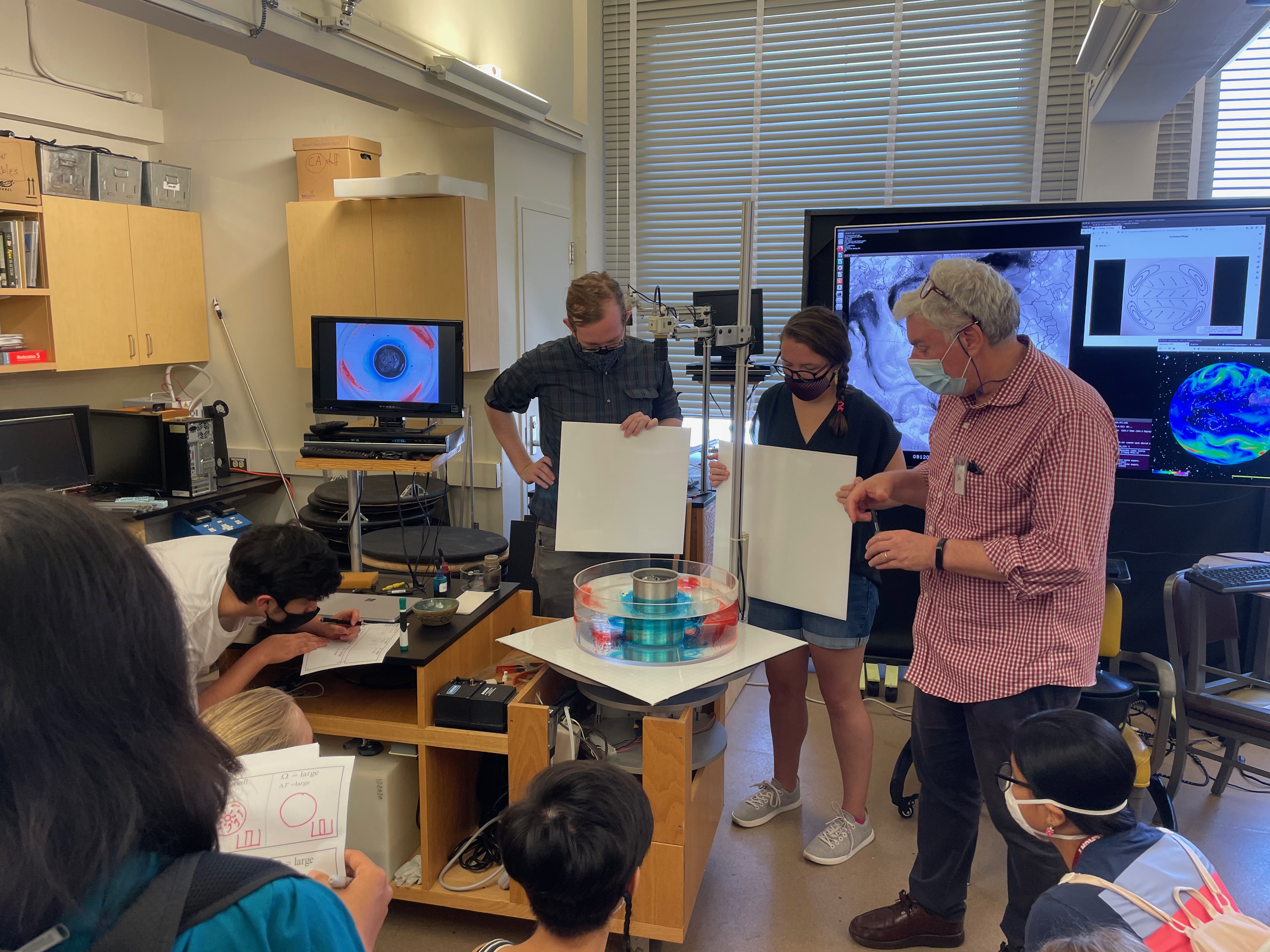 In the fluids lab, Professor John Marshall demonstrates the movement of colored dyes in circular tanks of water rotating at different rates, to model the movement of fluids in Earth’s atmosphere between the poles, mid-latitudes, and tropics. Bill McKenna and Grace O’Neil help students see and understand the patterns, while students predict and sketch out their findings. 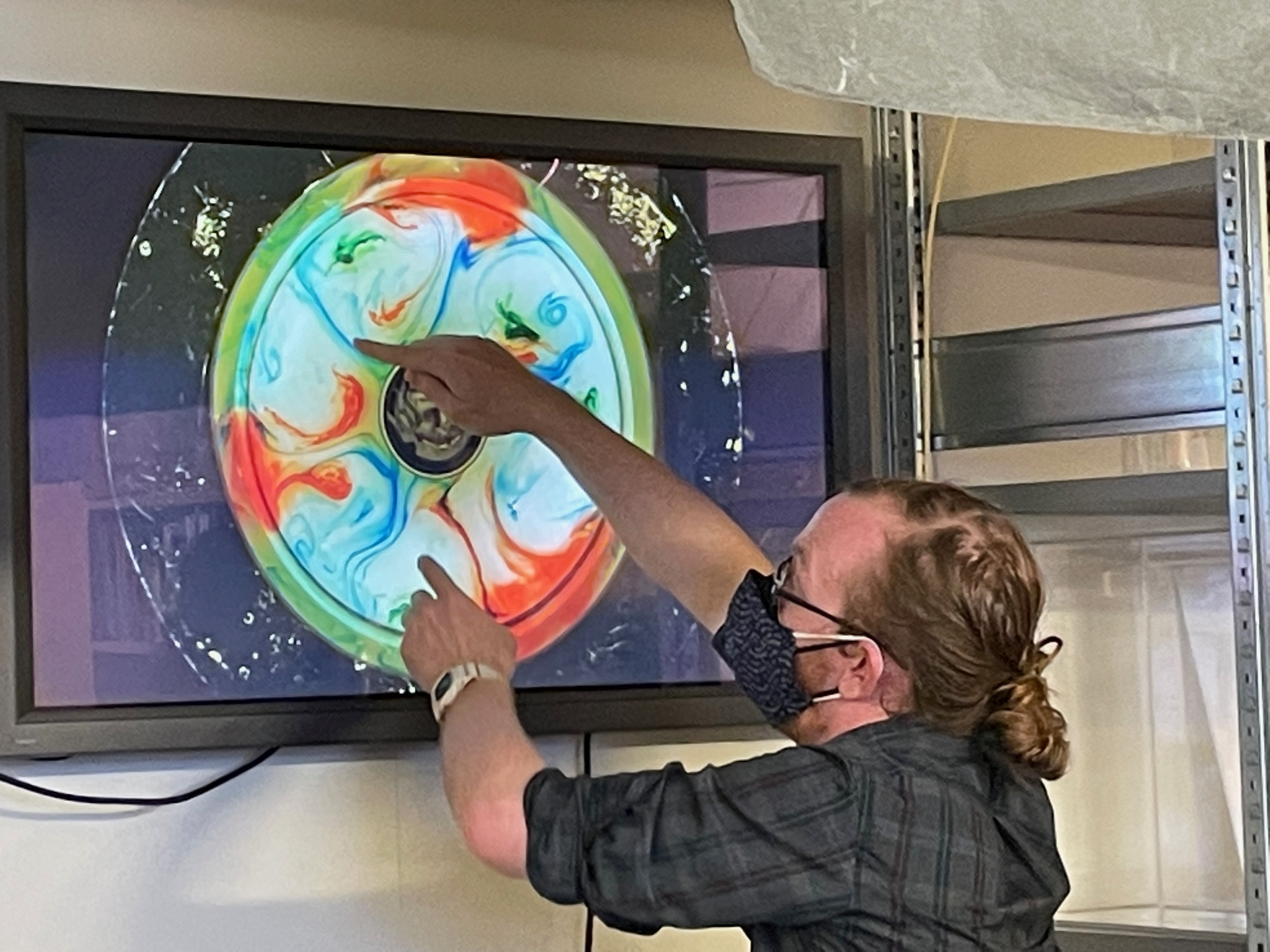 Bill McKenna points out interesting features on the overhead view, typically found in our atmosphere and, on a smaller scale, the oceans. 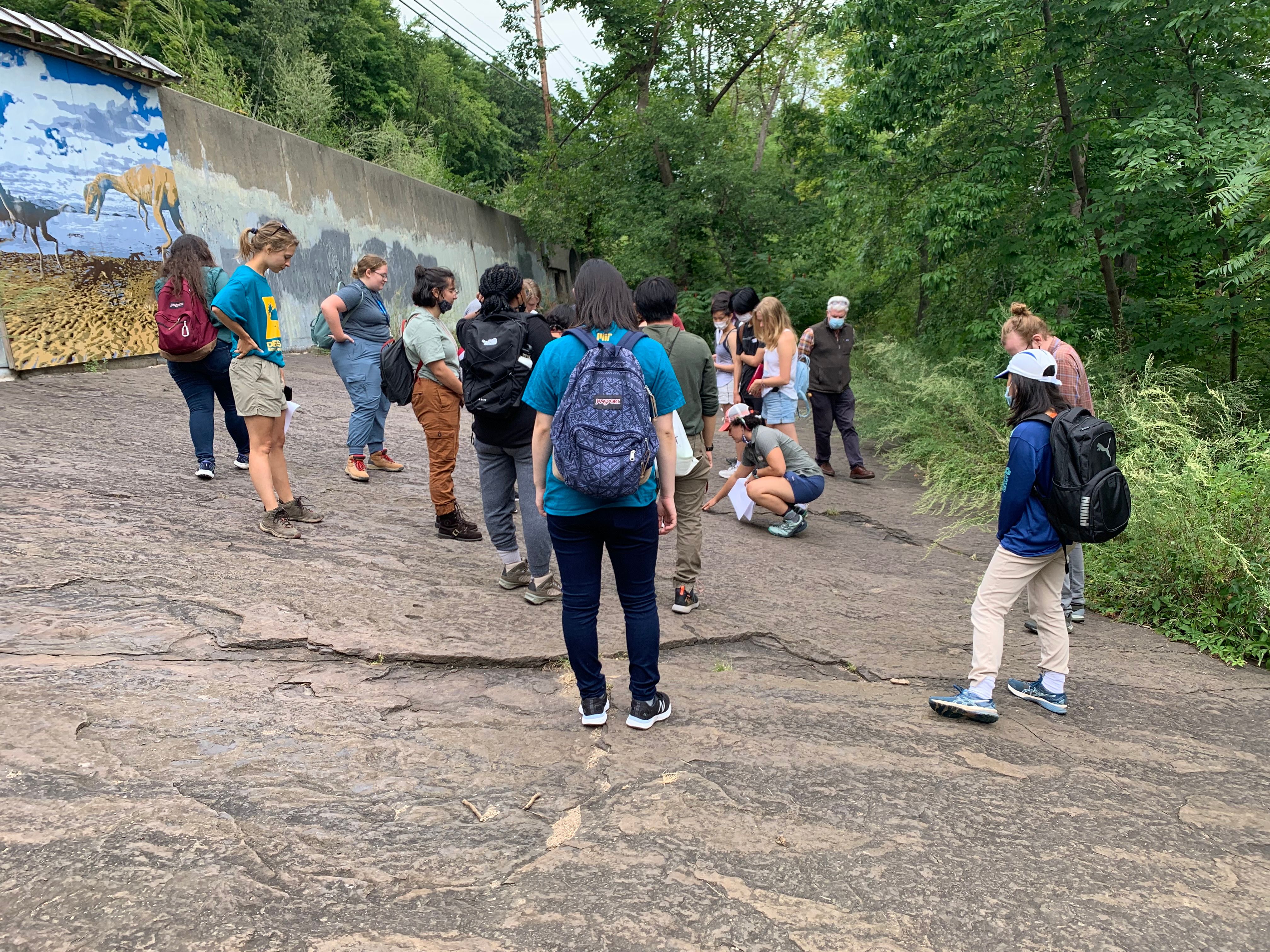 Students got to check out the preserved dinosaur footprints, plants, and ripple marks on the ancient shoreline of Dinosaur Footprints Reservation in western Massachusetts and learn the basics of geology from the graduate and undergraduate TAs. 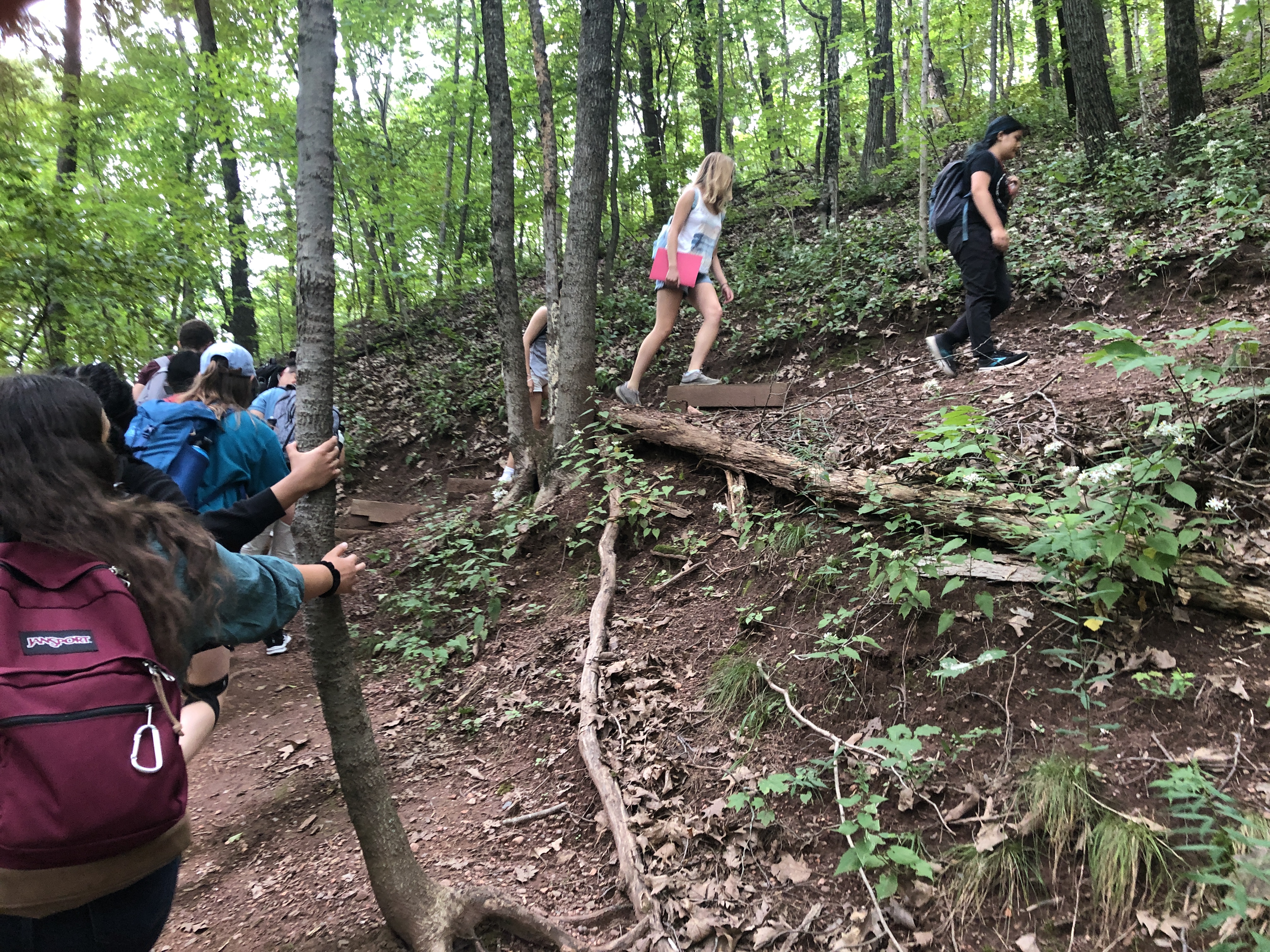 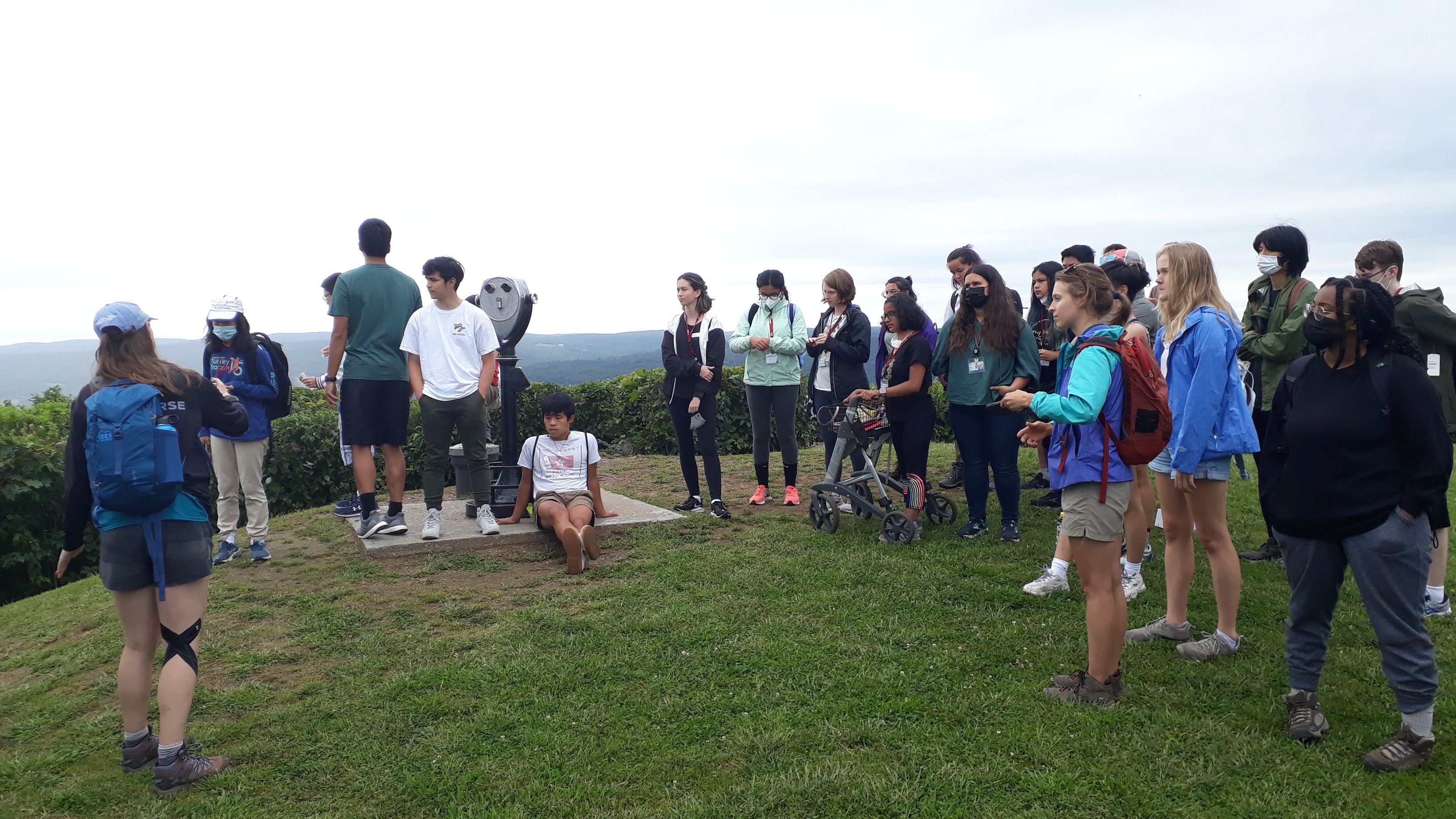 After a tough hike up Mt. Sugarloaf and a well-deserved lunch at the top, students were treated to a talk on how the mountain formed and the geology of the area. While hearing about all this, they also got to watch a storm roll through the valley and put some of their new knowledge of weather to the test! 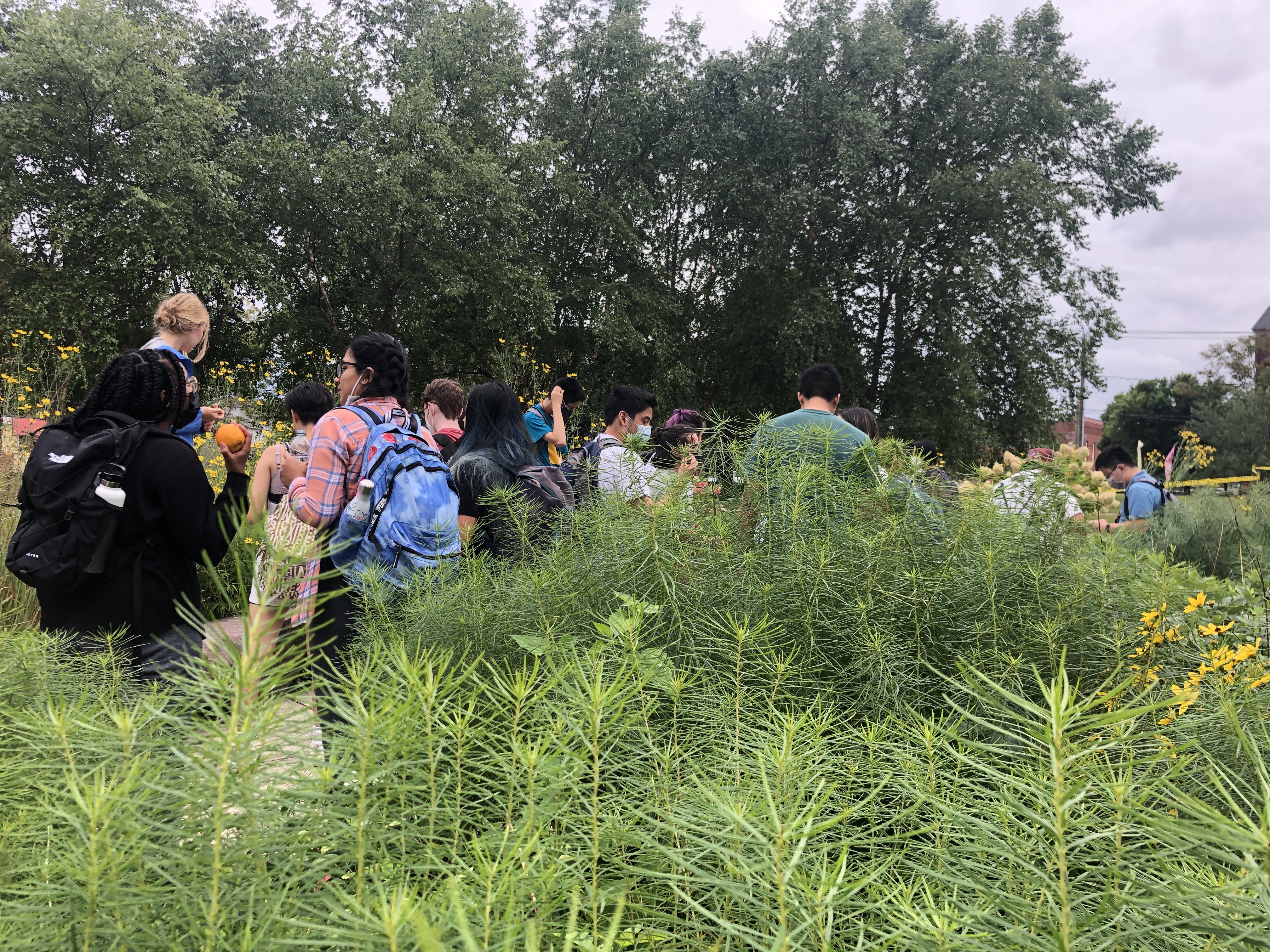 Exploring the rocks of the Connecticut River valley. 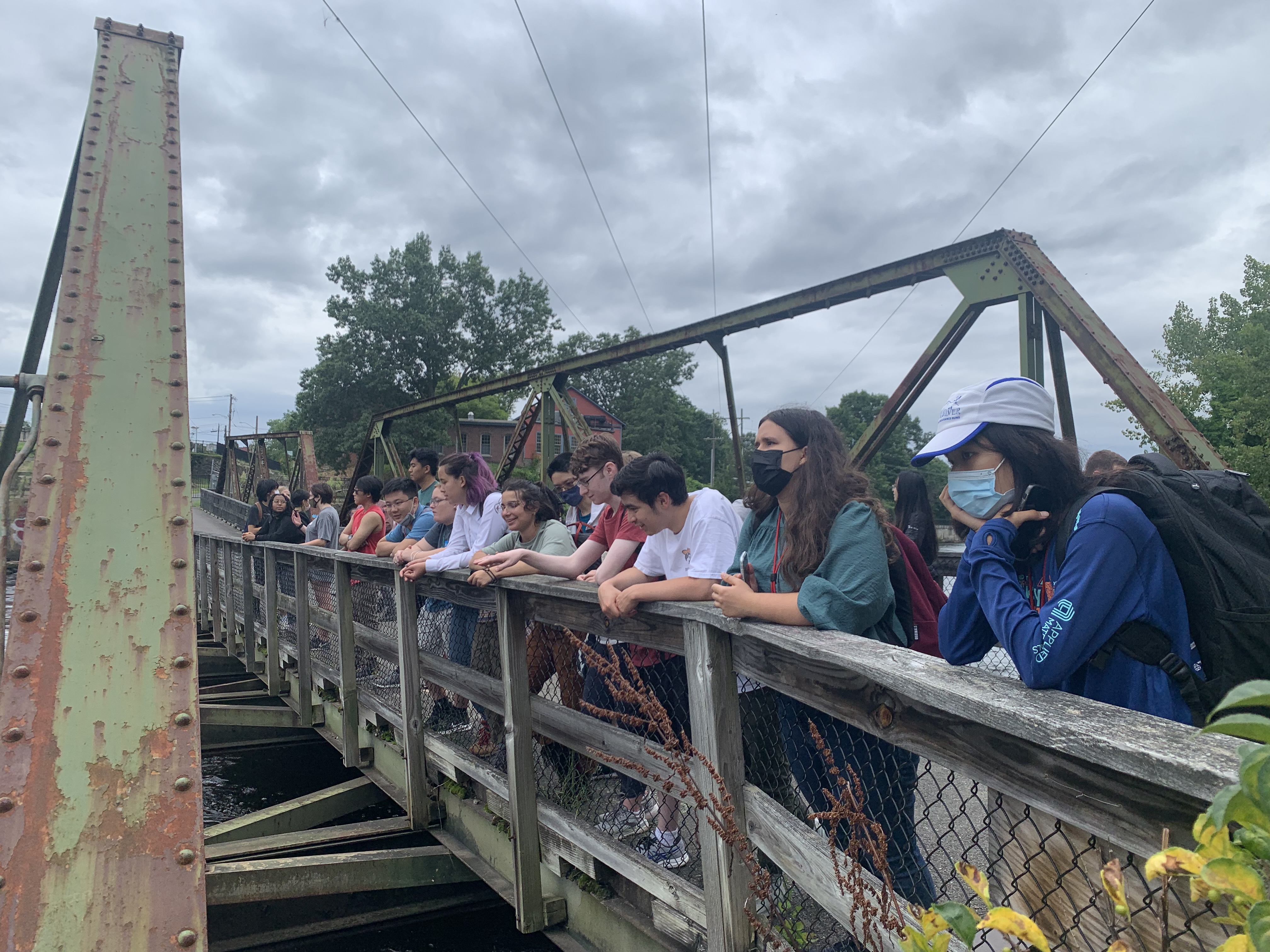 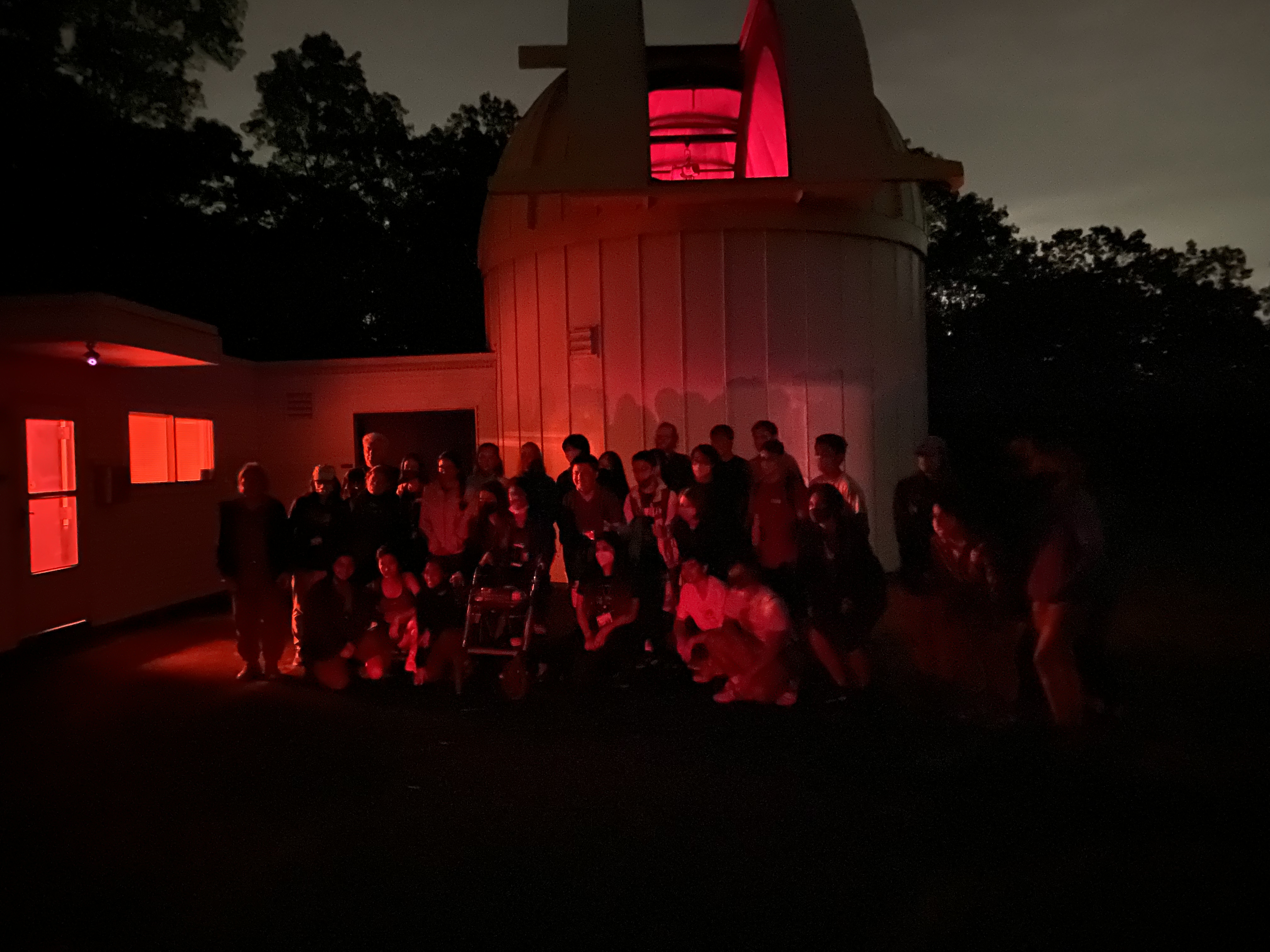 The trip ended with a visit of Wallace Observatory. The sky was cloudy and students could not observe the sky instead they enjoy demos of telescopes and instruments by Mike Pearson and Tim Brothers. They are also experts at night photography, as seen here.