Frederick A. Frey, leader in the field of geochemistry and professor emeritus, dies at 83

Over a career spanning five decades, Frey pioneered the use of new techniques to study the Earth’s mantle

Frederick A. Frey, a geochemist whose innovative research unlocked many mysteries of the Earth’s interior, died September 13 in Natick, Massachusetts. He was 83.

Frey was a pioneer of trace element geochemistry in the study of Earth’s mantle. He established himself as a leading geochemist early in his career by introducing novel applications of techniques and instrumentation -- such as radiochemical neutron activation analysis, integrating it with x-ray fluorescence, isotope dilution, radiogenic isotope ratios and field studies -- to study variations in the composition of the Earth's most common rocks and enable quantitative modeling of magmatic processes.

"Fred literally shaped this field of geochemistry," said Timothy Grove, MIT's Robert R. Shrock Professor of Earth and Planetary Sciences. "He used this information on variations in composition to understand processes of melting in the Earth's deep interior in all of the major tectonic environments."

Over his career spanning five decades as a member of the faculty at MIT, Frey taught the fundamentals of geochemistry to hundreds of students and trained more than 30 doctoral students, many who also became leaders in the field.

"Fred Frey had a huge impact on my and many other former students' personal and professional lives," said Alberto Saal, professor in the Department of Earth, Environmental, and Planetary Sciences at Brown University. "He gave students from many countries -- the United States, Japan, Taiwan, Chile and Argentina, to cite only a few -- the opportunity to pursue graduate studies at MIT, and that completely changed the trajectory of our lives. We were very fortunate to have Fred Frey cross our path."

Frey published well over 200 papers, including one as recently as 2017.

"His publications cover an exceedingly wide range of topics, almost all in highly rated journals" said J. Michael Rhodes, professor of geochemistry, volcanology, and petrology at the University of Massachusetts Amherst, when Frey won the Distinguished Geologic Career Award from the Geological Society of America in 2014. "Many are 'classics' that have been highly influential in modern geochemistry." 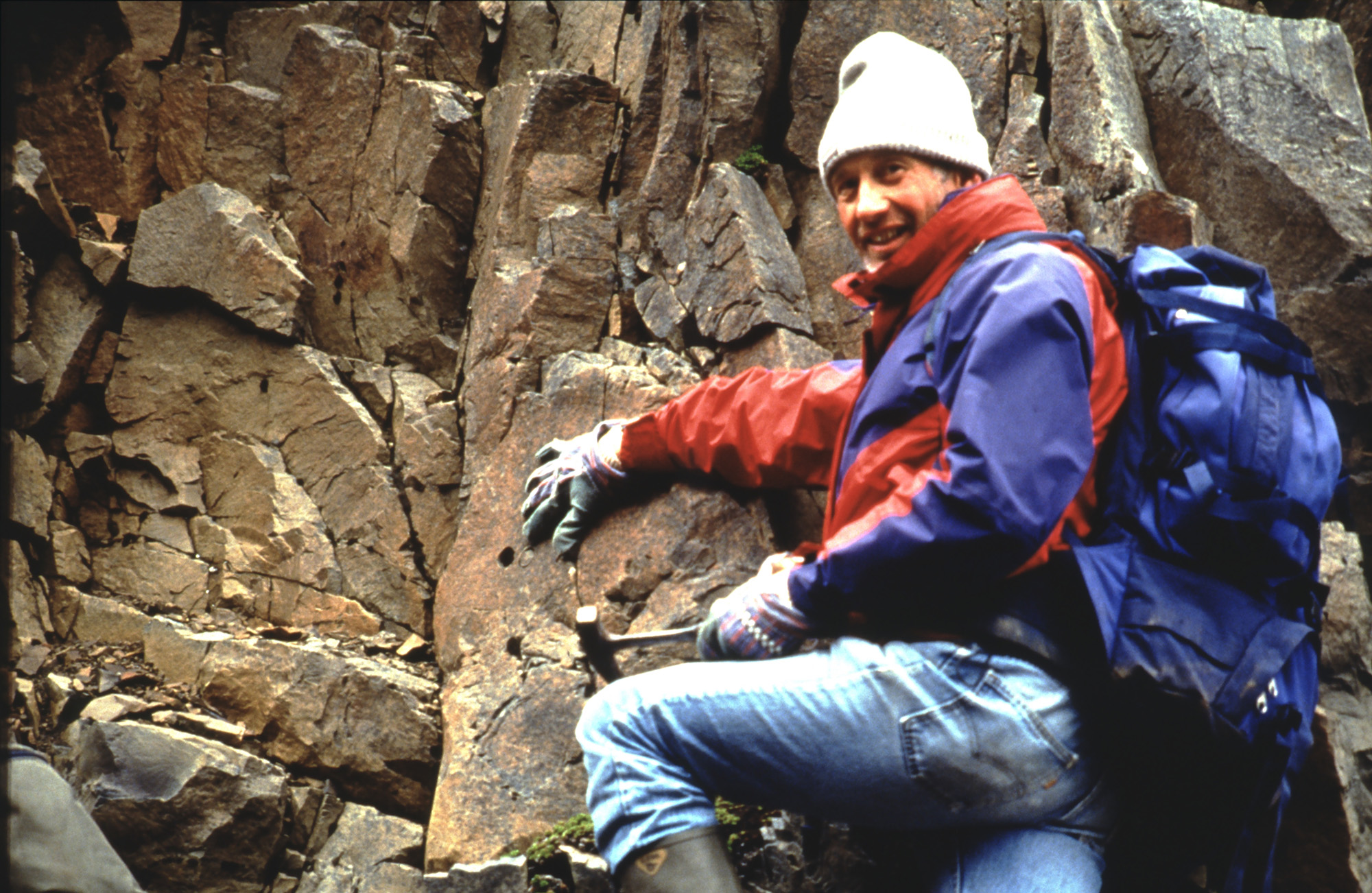 It was during his PhD that he got his first taste for studying rare-earth elements (REE) when he was asked to use radiochemical neutron activation analysis to determine the amount of REE in peridotite, a rock abundant in the Earth’s mantle. The resulting paper, “Rare Earths in Oceanic Basalt,” is considered to be ground-breaking in the discipline. Immediately after his thesis defense in 1966, he was offered a faculty position at MIT.

Frey recognized early on that analyzing the trace elements in the Earth’s mantle was imperative to understanding the chemical heterogeneity observed in the mantle, and to model its dynamics and melting processes. This insight turned out to be pivotal in geology and geochemistry even though he recalled, when accepting the GSA Distinguished Geologic Career Award, that he was often asked, "How can you ignore 99% of the rock?”

Although Frey helped lead the instrumentation "revolution" of the 1960s in geochemical research, which both made higher-quality data more accessible to the geochemical community at large and rendered more cumbersome and tedious methods obsolete, the authors of a 2016 editorial in Geochemica Cosmochemica Acta, in a special issue honoring Frey’s work, suggested that it was his early experiences with more painstaking methodology, that helped cultivate Frey’s “uncompromising insistence on the importance of the highest-quality geochemical data.”

Frey's background and training were in the laboratory, yet he embraced field studies because he believed that knowing the environment from which a sample was taken was critical for understanding its geochemistry. His field travels were diverse and took him from the Chilean Andes to the Indian Ocean, as well as to Antarctic Kerguelen Island. He considered his work on Kerguelen a career highlight and spent considerable time in Iceland and Hawaii.

Frey adored travel and adventure, according to his family members, and he himself joked in 1987, "My students have noted the ploy of switching hemispheres to insure the combination of accessible volcanoes, pleasant weather and amenities such as nearby beaches or lakes."

Frey's family has received condolences from scientists and students all over the world, his wife, Julie, said.

"I have been profoundly moved by the emails from students," she said. "For some, he was almost a father figure. He had more impact than anybody else in their lives."

Frey's son, Oren, said his father liked to think of himself as "Joe Average, but clearly that was not the case."

"He traveled all over the world, was a true pioneer in his field, loved birdwatching and snorkeling, embraced and encouraged non-traditional adventures and was a loving father and spouse," he said.

Frey was the associate editor of Geochemica Cosmochemica Acta for more than twenty years. He was the president of the Volcanology, Geochemistry and Petrology Section of the American Geophysical Union from 2000 to 2002. He was also selected to be a member of the Apollo Lunar Sample Analysis Planning Team.

Frey was a fellow at the American Geophysical Union, Geochemical Society, European Association for Geochemistry, and Geological Society of America. He was awarded the American Geophysical Union Bowen Award in 1986, the Distinguished Alumni Award from the Department of Geology & Geophysics at the University of Wisconsin in 2006, in addition to the GSA Distinguished Geologic Career Award in 2014.

The Frey family plans to hold a memorial service sometime in the second quarter of 2022.