Amid this "new normal", EAPS researchers have found a way forward. The department is happy to welcome some new faces this spring, and to wish others the best of luck in their research journey. 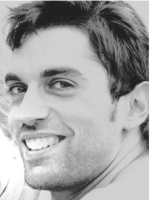 Enrico Ser-Giacomi is a postdoctoral associate in the Follows group. As a fluid dynamicist focusing on the ocean, Ser-Giacomi analyzes transport and mixing, in conjunction with marine ecology. To do this, he uses network theory and Lagrangian methods. 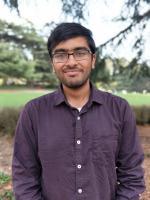 Tushar Mittal joins the Jagoutz group as the EAPS Distinguished Crosby Fellow. Looking at the Earth system, his research investigates the evolution of magmatic systems - thermochemical evolution and formation of large igneous province and understanding their eruptive history through statistical analysis of proxy records.  During his PhD, he worked on the Deccan Traps continental flood basalt (CFB) province to constrain their lava eruptive history at <10,000 yr resolution using a combination of paleomagnetic, volcanological, and proxy records. In addition, he investigated, using thermochemical models, what are the unique feature of CFB magmatic system that allow basaltic eruptions of thousands of km^3 of lava, unlike any modern day volcanism. These finding help constrain the crustal magmatic system of CFBs and may have important implications for relationship between volatile degassing from CFBs and mass extinctions.  In addition to this, he has also worked on submarine volcanism, frictional rock mechanics, as well as coupled thermo-visco-elastic porous media flow and two-phase melt transport. Mittal’s work also touches on icy satellite evolution, geochemical evolution of planetary cores, planetesimal/asteroid formation, and protoplanetary disk evolution.

Mittal has a PhD from the University of California, Berkeley and a bachelor’s degree in physics from Johns Hopkins University. 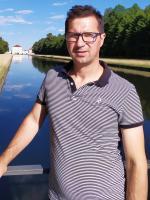 Sorin Nistor is a geodesist and joined the Herring group as a Fulbright Visiting Scholar. He focuses on surveying, GNSS, remote sensing, time series analysis and geodesy. His main focus is to analyze the position and velocity of the GNSS stations, by processing and analyzing the data from multiple satellite constellations such as GPS, GLONASS, GALILEO, BEIDOU and the possibility of combining all the data in one unique solution. His final step is to analyze the type of noise that dominates the single and the combined solutions. 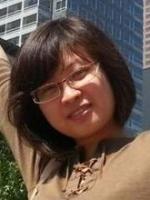 Wanying Kang is co-advised by Prof. John Marshall and Prof. Sara Seager as an EAPS Distinguished Postdoctoral Fellow (Lorenz-Houghton Fellow) . Her research focuses on the atmospheric dynamics on Earth and on other planetary bodies. During her PhD, she has explored the dynamic teleconnection between the tropical Madden-Julian Oscillation and the breaking of the polar vortex, which provides implications for extreme weathers in future warmer climate. Meanwhile, she investigated the climate on high obliquity aquaplanets (a type of planets with their rotation axes pointed toward the host star) and made predictions that these planets would be in general warmer regardless of the existence of ice, which, together with other dynamic reasons, leads to a stratosphere that is orders of magnitude moister. These findings may have important implications for habitability and observation.

Kang holds a PhD in Applied Mathematics from Harvard University and an undergraduate degree in Physics from Peking University.

In a long term, her major goal is to build up fundamental understandings of the atmospheric/oceanic dynamics on Earth and other planetary bodies, taking numerical simulations as a vehicle, and to find potentially observable consequences through the collaborations with other groups in EAPS. In a short term, as she tries to find observables for atmospheric circulation on exoplanets, she will start looking into the atmospheric circulation on the superhot lava worlds and the ocean circulation on icy moons, given the potential to observe them in more details in the near future.