As we enter the second half of the Fall semester, a couple new people join the department, and we wish Senior Financial Assistant Faith Zhang all the best as she moves into the next phase of her career. 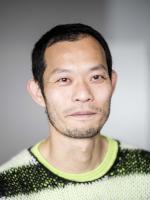 Shigeru Wakita is a planetary scientist and has his interests in the early solar system; he joins the Soderblom group as a postdoc, located at Purdue University.

To explore the relationship between asteroids and meteorites, he has been studied the thermal modelling of the parent body of meteorites, asteroids, and planetesimals. He is also interested in how to make tiny droplets in the meteorites (chondrules) via planetesimal collisions. Shigeru has been conducted these researches using numerical simulations and is expanding the impact modelling to the formation process of craters on the Moon and icy satellites. At MIT, he will examine the impact cratering on Titan. This helps to understand the impact craters on the icy bodies formed over the long history of the solar system. 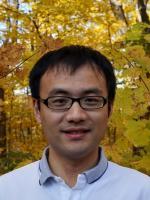 Tong Bai is a postdoc, working with Nori Nakata. His research interests focus on the wave propagation, seismic imaging and inverse problems. In particular, he is interested in the theory of seismic attenuation (i.e., energy dissipation and velocity dispersion), a complementary attribute to seismic velocity, which facilities fluids characterization and fracture detection and is crucial in the oil and gas exploration. Before joining EAPS at MIT, Tong also worked as a postdoc researcher at the University of Wisconsin-Madison and applied seismic tomographic methods (teleseismic body-wave tomography and ambient noise tomography) on volcanic fields in Chile and Alaska to characterize transcrustal magmatic system. 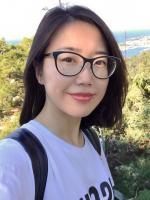 Qingyu Wang joins the Frank group as a postdoc. She is a seismologist working on understanding the crustal deformation in the subduction zone beneath Japan. During the PhD, her research topic was to follow the changes in the physical properties of the crust beneath Japan using ambient seismic noise-based monitoring technology. The measured seismic velocity changes are subject to external forcing changes such as the hydrological effects and internal forcing produced by such as different earthquakes. She focuses on the changes of the crustal state before and after the 2011 Mw 9.0 Tohoku-Oki earthquake and finds both dynamic and static strain related seismic velocity reduction. After receiving her PhD from ISTerre, France, she works at ISTerre as a postdoc researcher in 2019 and junior researcher in 2020 on interpreting the 4D tomography beneath Japan. By calculating the different coda waves sensitivity kernels based on the radiative transfer equation model, she can better localize both changes in scattering properties and physical properties in the crust and follow their different evaluation with time. Precise spatial localization is meaningful for a better understanding of the crustal stress state under various impacts. 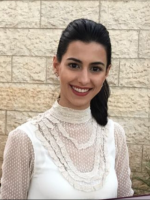 Lubna Shawar is an organic geochemist, who joined the EAPS Summons group as a postdoctoral fellow in October. She studies classic biomarkers in bitumens and oils as a tool to reconstruct paleoenvironmental history, petroleum sources, migration and mixing.

Shawar has received her BS in chemistry (2010) and her PhD in the study of sulfur isotope values of specific organic and inorganic sulfur compounds in immature organic rich sediments (2020) from the Hebrew University of Jerusalem.