Early summer in the department sees some new faces, and others that are very familiar. 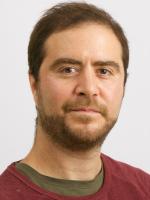 Davide Ciccarese is a Postdoctoral Associate in Andrew Babbin group. He is investigating the marine microbial communities assembly and their functional role in the denitrification process and nitrous oxides emissions in the ocean.

He earned his PhD in environmental microbiology at the Swiss Federal Institute of Technology in Zurich (ETH). 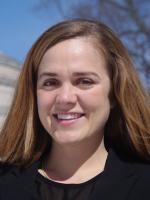 Megan Lickley is a Postdoctoral Associate in the Solomon group in EAPS at MIT, after completing her PhD here. She studies the timing, drivers, and impacts of climate change. Before starting her PhD she spent a year in the Democratic Republic of Congo teaching math courses at the Catholic University of Bukavu. She also consulted to the World Bank in Uganda, contributing to a climate change impacts report and strategy plan. In 2012, she completed her Master’s in the Technology and Policy Program at MIT, focusing on climate impacts on coastal infrastructure and spent the following year as a research associate at MIT’s Joint Program on the Science and Policy of Global Change, studying climate impacts on river systems in the United States. 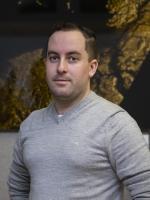 Samuel Birch joins the Perron group as a Heising-Simons Foundation 51 Pegasi b Fellow. Birch explores and models the evolution of the surfaces of planets, moons and small bodies in the outer solar system, including Saturn’s largest moon, Titan, and the Comet 67P/Churyumov-Gerasimenko—two very different, icy worlds investigated by the spacecrafts Cassini and Rosetta. While at MIT, he will investigate deltaic and river dynamics, using a combination of theoretical, experimental and numerical modeling, atmospheric simulations, and a re-evaluation of Cassini data for evidence of the resulting landforms. This suite of studies will help them understand what a delta “looks” like and map their distribution, which may unveil a record of Titan’s climate history and reveal how liquid methane has molded its landscapes.

Birch has a BA in geophysics from the University of California, Berkeley and a PhD from Cornell University in planetary science (minors: geophysics/astronomy) 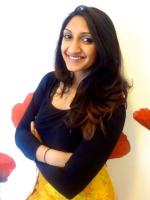 Deepa Rao is a Postdoctoral Associate in the Follows group in EAPS at MIT. She studies the role of non-trophic interactions, trace metals, and organic resources in marine microbial communities. In 2020, she defended her PhD research that focused on the environmental cycling of the trace metals cobalt and iron and vitamin B12 in Antarctic marine microbial communities. She conducted her PhD research at MIT and WHOI in the Follows and Saito Lab, respectively, and at sea during a nearly three month cruise along Antarctic coastal seas. Prior to her PhD, she completed her master’s in Communication, Culture, and Technology in 2014 from Georgetown University, where she focused on art-science pedagogy. Deepa received her SB from EAPS at MIT with her undergraduate thesis that characterized hydrogen-cycling soil microbes at the Harvard Forest. Her professional work includes scientific research, communication, and outreach, as well as painting and photography of nature and scientific themes. 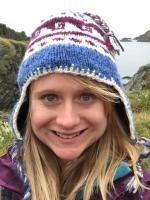 Eva Golos joins the van der Hilst Group as a Research Specialist. She is interested in seismic tomography and the intersection of geology and geophysics at global and continental scales. She uses multiple types of seismic data to constrain multiple seismic properties, which is crucial for understanding the physical processes such as temperature and chemistry that influence the seismic wavespeed of the lithospheric mantle. Imaging thermal and chemical variations can provide insight into the evolution of the oldest parts of continents, into ongoing active tectonic processes, and into natural hazards. Her work also involves collaboration with geologists to combine seismic and petrologic modeling in order to bridge the gap between the mineral scale and global Earth structure.

Eva received a BS in Science of Earth systems (concentration in geological sciences) from Cornell University in 2013, and a PhD in geophysics from MIT in 2020.