Read this at MIT Energy Initiative

The Center for Carbon Capture, Utilization, and Storage, one of the MIT Energy Initiative’s Low-Carbon Energy Centers, has awarded $900,000 in funding to two new research projects to advance technologies that avoid carbon dioxide (CO2) emissions into the atmosphere and help address climate change. The winning project is receiving $750,000, and an additional project receives $150,000.

The winning project, led by principal investigator Asegun Henry, the Robert N. Noyce Career Development Professor in the Department of Mechanical Engineering, and co-principal investigator Paul Barton, the Lammot du Pont Professor of Chemical Engineering, aims to produce hydrogen without CO2 emissions while creating a second revenue stream of solid carbon. The additional project, led by principal investigator Matěj Peč, the Victor P. Starr Career Development Chair in the Department of Earth, Atmospheric and Planetary Sciences, seeks to expand understanding of new processes for storing CO2 in basaltic rocks by converting it from an aqueous solution into carbonate minerals. 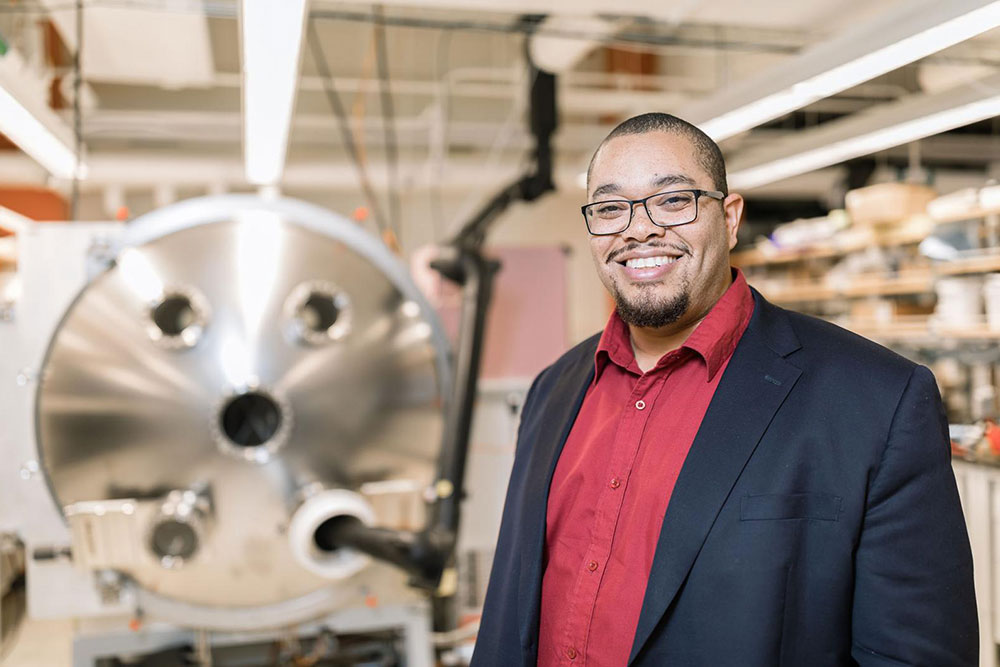 Carbon capture, utilization, and storage (CCUS) technologies have the potential to play an important role in limiting or reducing the amount of CO2 in the atmosphere, as part of a suite of approaches to mitigating to climate change that includes renewable energy and energy efficiency technologies as well as policy measures. While some CCUS technologies are being deployed at the million-ton-of-CO2 per year scale, there are substantial needs to improve costs and performance of those technologies and to advance more nascent technologies. MITEI’s CCUS center is working to meet these challenges with a cohort of industry members that are supporting promising MIT research, such as these newly funded projects.

A new process for producing hydrogen without CO2 emissions

Currently, hydrogen production accounts for approximately 1% of global CO2 emissions, and the predominant production method is SMR. The SMR process relies on the formation of CO2, so replacing it with another economically competitive approach to making hydrogen would avoid emissions.

“Hydrogen is essential to modern life, as it is primarily used to make ammonia for fertilizer, which plays an indispensable role in feeding the world’s 7.5 billion people,” says Henry. “But we need to be able to feed a growing population and take advantage of hydrogen’s potential as a carbon-free fuel source by eliminating CO2 emissions from hydrogen production. Our process results in a solid carbon byproduct, rather than CO2 gas. The sale of the solid carbon lowers the minimum price at which hydrogen can be sold to break even with the current, CO2 emissions-intensive process.”

Henry and Barton’s work is a new take on an existing process, pyrolysis of methane. Like SMR, methane pyrolysis uses methane as the source of hydrogen but follows a different pathway. SMR uses the oxygen in water to liberate the hydrogen by preferentially bonding oxygen to the carbon in methane, producing CO2 gas in the process. In methane pyrolysis, the methane is heated to such a high temperature that the molecule itself becomes unstable and decomposes into hydrogen gas and solid carbon—a much more valuable byproduct than CO2 gas. Although the idea of methane pyrolysis has existed for many years, it has been difficult to commercialize because of the formation of the solid byproduct, which can deposit on the walls of the reactor, eventually plugging it up. This issue makes the process impractical. Henry and Barton’s project uses a new approach in which the reaction is facilitated with inert molten tin, which prevents the plugging from occurring. The proposed approach is enabled by recent advances in Henry’s lab that enable the flow and containment of liquid metal at extreme temperatures without leakage or material degradation.

With his project, “High-fidelity monitoring for carbon sequestration: integrated geophysical and geochemical investigation of field and laboratory data,” Peč plans to conduct a comprehensive study to gain a holistic understanding of the coupled chemo-mechanical processes that accompany CO2 storage in basaltic reservoirs, with hopes of increasing adoption of this technology.

The Intergovernmental Panel on Climate Change (IPCC) estimates that 100 to 1,000 gigatonnes of CO2 must be removed from the atmosphere by the end of the century. Such large volumes can only be stored below the Earth’s surface, and that storage must be accomplished safely and securely, without allowing any leakage back into the atmosphere.

One promising storage strategy is CO2 mineralization—specifically by dissolving gaseous CO2 in water, which then reacts with reservoir rocks to form carbonate minerals. Of the technologies proposed for carbon sequestration, this approach is unique in that the sequestration is permanent: the CO2 becomes part of an inert solid, so it cannot escape back into the environment. Basaltic rocks, the most common volcanic rock on Earth, present good sites for CO2 injection due to their widespread occurrence and high concentrations of divalent cations such as calcium and magnesium that can form carbonate minerals. In one study, more than 95% of the CO2 injected into a pilot site in Iceland was precipitated as carbonate minerals in less than two years.

However, ensuring the subsurface integrity of geological formations during fluid injection and accurately evaluating the reaction rates in such reservoirs require targeted studies such as Peč’s.

“The funding by MITEI’s Low-Carbon Energy Center for Carbon Capture, Utilization, and Storage allows me to start a new research direction, bringing together a group of experts from a range of disciplines to tackle climate change, perhaps the greatest scientific challenge our generation is facing,” says Peč.

The two projects were selected from a call for proposals that resulted in 15 entries by MIT researchers. “The application process revealed a great deal of interest from MIT researchers in advancing carbon capture, utilization, and storage processes and technologies,” says Bradford Hager, the Cecil and Ida Green Professor of Earth Sciences, who co-directs the CCUS center with T. Alan Hatton, the Ralph Landau Professor of Chemical Engineering. “The two projects funded through the center will result in fundamental, higher-risk research exploring novel approaches that have the potential to have high impact in the longer term. Given the short-term focus of the industry, projects like this might not have otherwise been funded, so having support for this kind of early-stage fundamental research is crucial.”

Story Image: Postdoctoral associate Tiange Xing (earth, atmospheric and planetary sciences) conducts an experiment in the Peč Lab related to the group’s newly funded project to expand understanding of new processes for storing CO2 in basaltic rocks by converting it from an aqueous solution into carbonate minerals. Credit: Peč Lab