MIT EAPS researchers show that the impressive mountain range formed over a series of impacts, and was not a single event, as previously thought.

With some of the world’s tallest peaks, Asia’s “the abode of snow” region is a magnet for thrill seekers, worshipers, and scientists alike. The imposing 1,400-mile Himalayan mountain range that separates the plains of the Indian subcontinent from the Tibetan Plateau is the scene of an epic continent-continent collision that took place millions of years ago and changed the Earth, affecting its climate and weather patterns. The question of how the Indian and Eurasian tectonic plates collided, and the mountains came into existence, is one that scientists are still unfolding. Now, new research published in PNAS and led by MIT’s Department of Earth, Atmospheric and Planetary Sciences (EAPS) confirms that it’s more complicated than previously thought.

“The Himalayas are the textbook example of a continent-continent collision and an excellent laboratory for studying mountain-building events and tectonics,” says EAPS graduate student Craig Martin and the paper’s lead author. 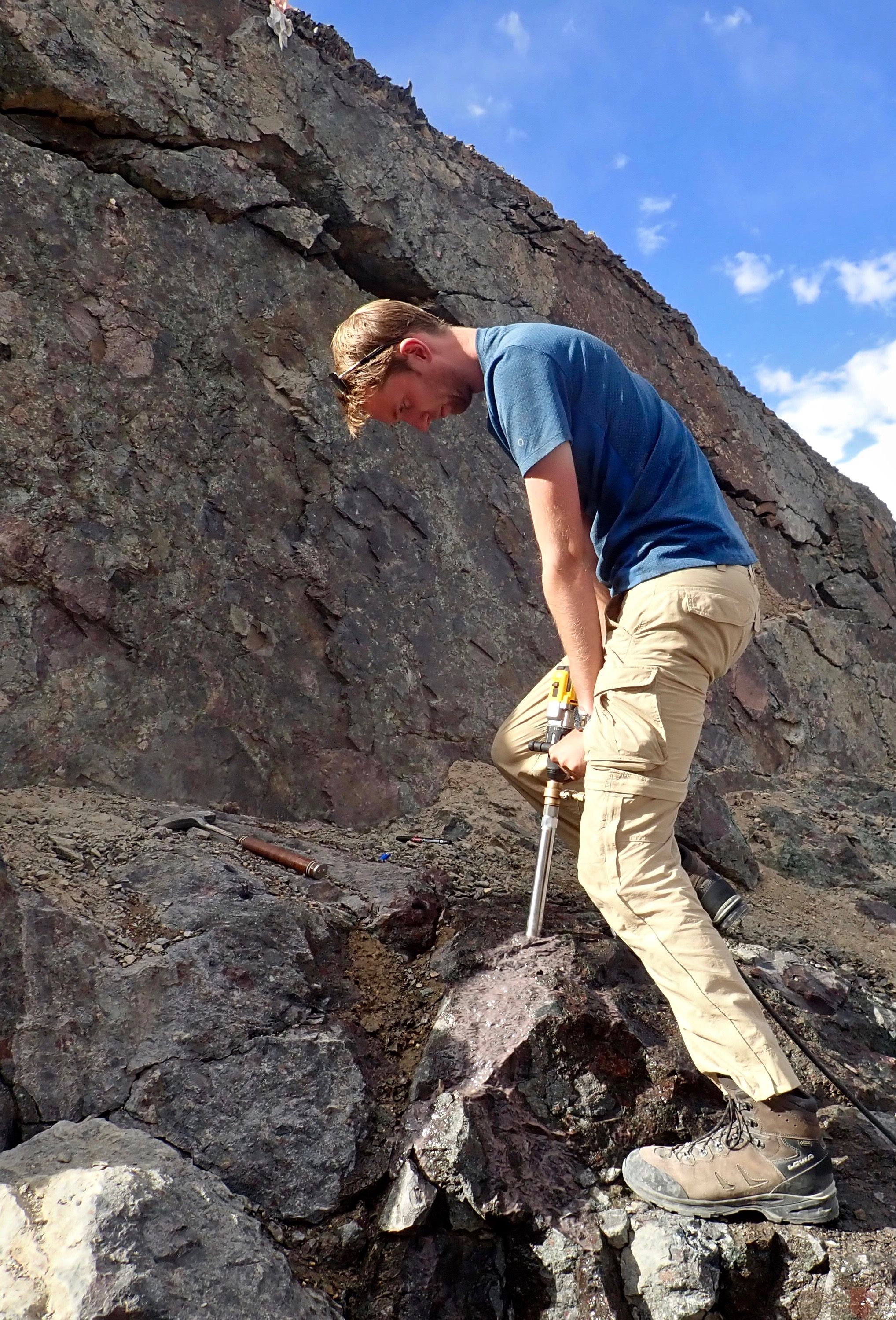 The story begins around 135 million years ago, when the Neotethys Ocean separated the tectonic plates of India and Eurasia by 4,000 miles. The common view of geologists is that the Neotethys Ocean plate began subducting into Earth’s mantle under Eurasia, on its southern border, pulling India north and the tectonic plates above it together to ultimately form the Himalayas in a single collision event around 55-50 million years ago. However, geologic evidence suggested that the high rate of subduction observed didn’t seem to quite fit this hypothesis, and model reconstructions place the continental plates thousands of kilometers apart at the time of this inferred collision. To account for the time delay and subduction strength required, MIT’s Oliver Jagoutz, associate professor of geology, and Leigh “Wiki” Royden, the Cecil and Ida Green Professor of Geology and Geophysics, proposed that because of the high speed, orientation, and location of the final continental collision, there needed to be another oceanic plate and subduction zone in the middle of the ocean, called the Kshiroda plate and the Trans-Tethyan subduction zone (TTSZ), which ran east to west. Additionally, EAPS geologists and others postulated that an arc of volcanic islands, like the Marianas, existed in between the two, called the Kohistan-Ladakh arc. Located near the equator, they took the brunt of the force from India before being squished between the two continental crusts.

This chain of events, its timing and geological configuration was speculation, based on models and some geological evidence, until EAPS researchers tested it, but first, they needed rocks. Along with Professor of Planetary Sciences Ben Weiss of the MIT Paleomagnetism Laboratory, Martin, Jagoutz and Royden and their colleagues visited northwest India’s Ladakh region, bordering the Eurasian plate. Over multiple excursions, the team, which included EAPS undergraduate Jade Fischer for one trip, scrambled over outcrops and drilled rock cores, slightly larger than the size of a cork. As they pulled them out, the geologists and paleomagnetism experts marked the samples’ orientation in the rock layer and its location in order to determine when and where on Earth the rock was formed. The team was looking for evidence showing whether a volcano, which was active around 66-61 million years ago, was part of a volcanic island chain in the ocean south of Eurasia, or part of the Eurasian continent. This would also help determine the plausibility of a double subduction zone scenario.

Back in the lab, the MIT researchers used rock dating and paleomagnetism to understand this ancient, geologic car crash. They leveraged the fact that, as lava cools and rock forms, it captures a signature of the Earth’s magnetic field, which runs north-south towards Earth’s magnetic poles. If rock forms near the equator, the magnetization (electron) spins in its iron-bearing minerals, like magnetite and hematite, will be oriented parallel to the ground. As you move further away from the equator, the rock’s magnetization will tip into the Earth; however subsequent heating and remagnetization can print over the original signature.

After checking for this, and correcting for the tilt of the bedrock at the site, Martin and his colleagues were able to pinpoint the latitude at which the rocks were created. Uranium-lead dating of the samples’ zircon minerals provided the other piece of the puzzle to constrain the timing of formation. If there was a single collision, these rocks would have formed at a latitude somewhere around 20 degrees north, above the equator, near Eurasia; if the islands existed, they would have originated near the equator.

“It’s cool that we can reconstruct the deep-time atlas of the world using the tiny magnets preserved in rocks,” says Martin.

With their time and latitudinal measurements and models, the MIT researchers found the evidence they were looking for, the presence of an island chain and double subduction system. From 80 to likely 55 – 50 million years ago, the Neotethys ocean was subducted in two locations: along the Eurasian plate’s southern edge (the Kshiroda plate sank) and the mid-ocean Trans-Tethyan subduction zone (TTSZ), just south of the Kshiroda plate and near the equator. Together, these events closed the ocean, and the tectonic activity worked with erosion and weathering to sequester and draw down carbon, until the Paleocene (66 – 23.03 million years ago). “The presence of two subduction zones and the timing of their destruction at low latitudes explains the cooling global climate in the Cenozoic (66 million years ago to present day),” says Martin.

Most importantly: “Our results mean that instead of India colliding directly with Eurasia to form the Himalayas, India first collided with a volcanic island chain (similar to the Mariana Islands today) and then with Eurasia up to ten million years later than is generally accepted,” says Martin. This is because Kohistan-Ladakh arc and India collision slowed the India-Eurasia convergence rate, which kept decreasing until 45 – 40 million years ago when the final collision occurred. “This finding is contrary to the long-held view that the India-Eurasia collision was a single stage event that started at 55 - 60 million years ago,” says Martin. “Our results strongly support Oli and Wiki’s double subduction hypothesis explaining why India moved north so anomalously fast in the Cretaceous period.”

Further, Martin, Jagoutz, Royden, and Weiss were able to determine the maximum extent of the Indian plate before it was forced under Eurasia. The convergence between India and Eurasia since 50 – 55 Ma was around 2,800 – 3,600 kilometers. Much of this is explained by the subduction of the Kshiroda plate, which the MIT researchers estimated to be roughly 1,450 kilometers wide, at the time of the first collision with the island arc, 55 – 50 million years ago. After the first stage of collision between the island chain and India, the Kshiroda plate continued to disappear underneath Eurasia. Then, 15 - 10 million years later, as the two continents came together, the continental crust began shortening, folding and thrusting rocks upwards, the force of which caused observable changes to the composition and structure of the rocks. “Our results also directly constrain the size of the part of India ‘lost’ in the collision to less than 900 kilometers in the North-South direction, which is much less than the 2,000 kilometers previously required to explain the timing of collision.” 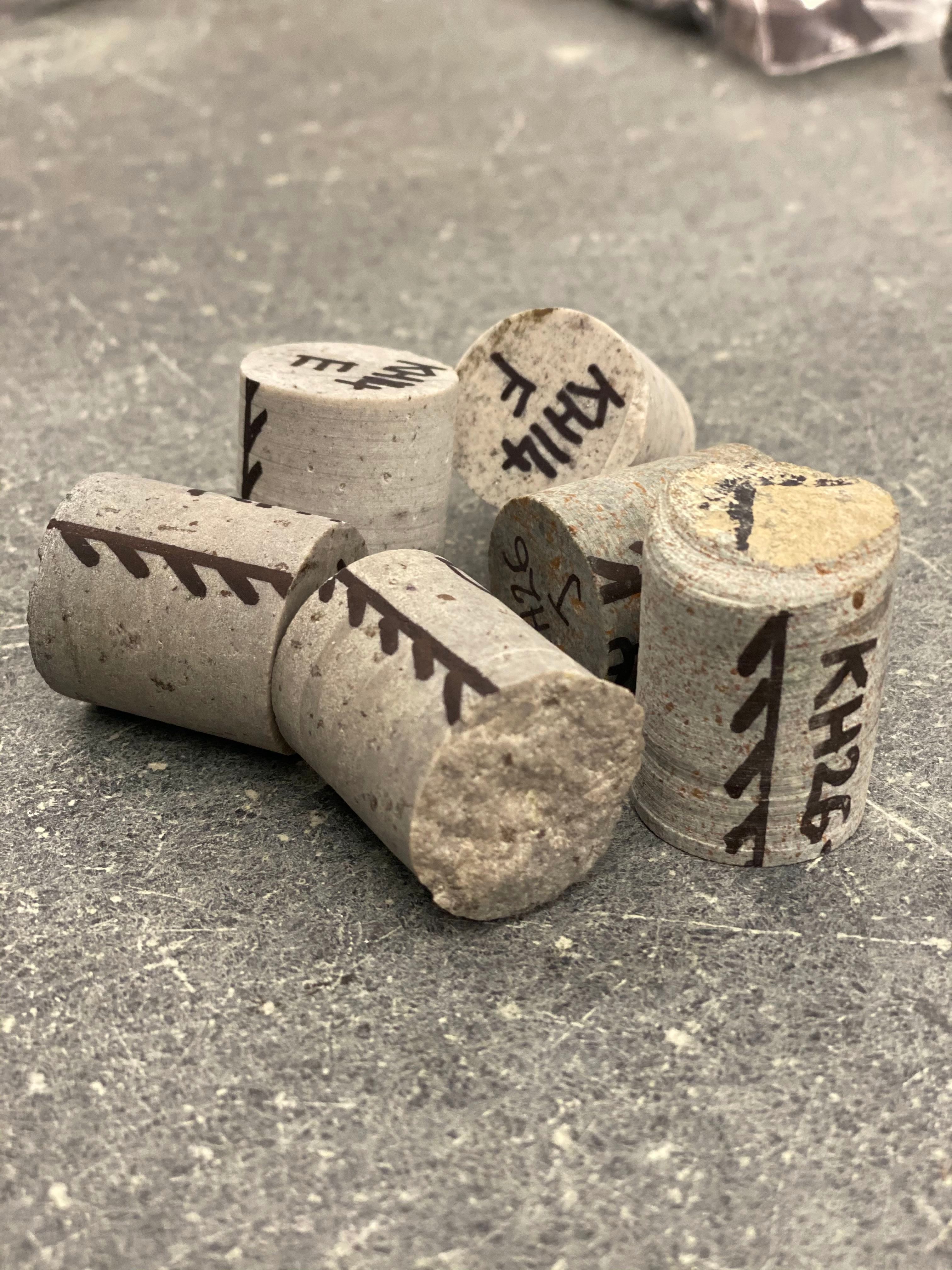 The newly-gained insights into the mechanisms and geometry of such an archetypal mountain system have important implications for using the Himalayas to study continental collision, says Martin. Revising the number of subduction zones, the age of final collision, and the amount of continental crust involved in the formation of the Himalayas changes some key parameters required to accurately model the growth of mountain belts, the deformation of continental crust, and the relationships between plate tectonics and global climate.

Martin hopes to take this further throughout the rest of his graduate studies by focusing in on the intensely deformed collision zone between the volcanic island chain and Eurasia. He hopes to understand the closure of the Kshiroda ocean and the geological structures produced during the continental collision.

Not only is the finding impressive, but as Martin remarks, “I think it is cool to imagine idyllic tropical volcanic islands, with dinosaurs roaming around on them, having been sandwiched between two colliding tectonic plates and uplifted to form the roof of the world.”

This study was funded, in part, by NSF Tectonics Program and MISTI-India.