Pass the class — get a tat

The process of making permanent decisions

Read this at MIT Graduate Admissions

Of all the injustices committed by well-intentioned cartographers, the one dealt to Antarctica is one of the most common and, from the point of view of this glaciologist, the worst. Picture Antarctica: do you see a wide, skinny strip at the bottom of the map, like this? 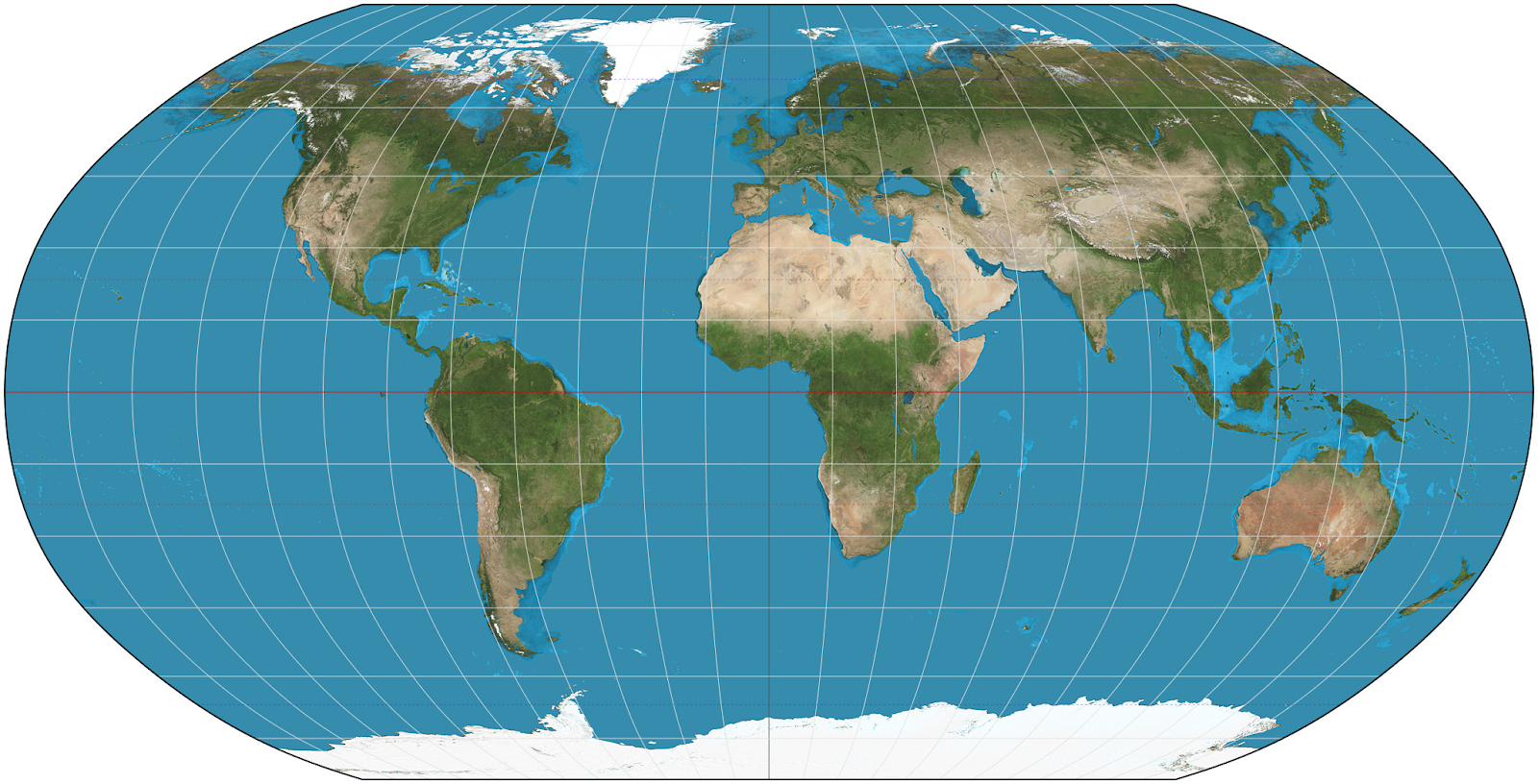 The Robinson projection, which was used by National Geographic until 1988 and was definitely hanging in my elementary school classrooms a couple decades later. Image source link.

Or worse, often it gets wiped off the map entirely. Antarctica and Greenland together hold nearly 70% of the Earth’s fresh water as ice frozen in ice sheets. If Antarctica were to melt completely, it would raise global sea levels by almost 60 meters.

The maps I make and use in my research come mostly from satellite observations and look more like this. 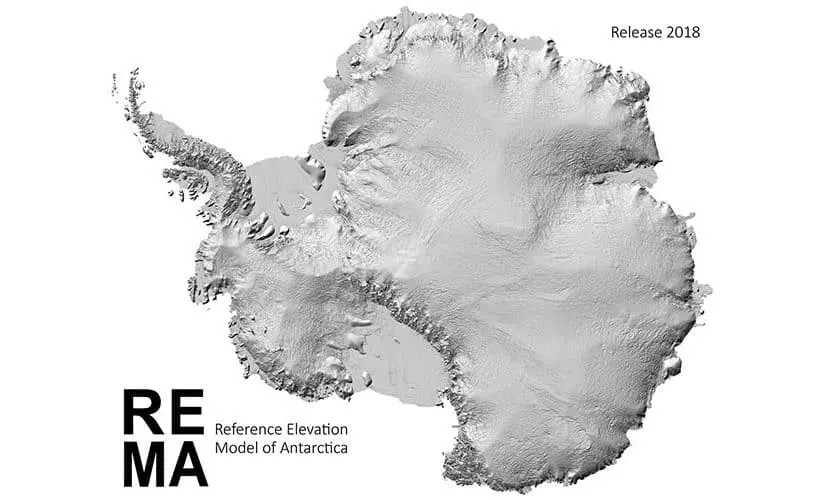 The Reference Elevation Model of Antarctica (REMA) is a time-stamped, 8-meter resolution terrain map of nearly all of Antarctica that uses stereoscopic image data compiled from a number of satellites. Image source link.

Tonight I’m getting my first tattoo: a map of Antarctica. For my tattoo consult, I nervously prepared several printouts in different sizes for the artist. There were things I didn’t know that I needed her expertise on: the diameter of the needle, the resolution of human skin, the diffusion constant of black ink.

And there were the things I’d chosen already:

Getting this tattoo feels like a milestone in my ability to choose. In some ways, many of the major life choices I’ve made so far were about not choosing and keeping as many doors open as possible. In undergrad I studied engineering physics: enough physics to go to grad school for physics or astronomy, enough engineering to get a job in industry or do research and development. After graduating, I spent a year teaching English in a small city in France. After that, I had to make a decision: how could I use my background as a scientist/engineer to study physics problems at the intersection of very small and very large phenomena and on many different timescales, and also to do good, and also to do something I should be doing at this particular moment on Earth?

One answer was what I did for two years after France: systems engineering for a proton therapy company, where we eradicated cancer tumors with high energy protons. And the other was climate science, and the problem of our rapidly changing ice sheets.

Choice is so hard for me that I thought I’d never get a tattoo. It’s not that I’d never thought aboutit. At my favorite party I ever went to in undergrad, where everyone in my major showed up, the most accomplished calligrapher among us Sharpied the back of our hands with a favorite chosen physics symbol. I picked an h-bar, which is the Planck constant divided by two pi - a number that’s fundamental to quantum mechanics and the relation between mass and energy.

At MIT, I started noticing the many science-related tattoos around me. My TA for 12.800, the notoriously difficult intro to geophysical fluid dynamics class, which climate science students are required to take in their first year, had a prominent tattoo of the Planck-Einstein relation, closely related to my beloved h-bar. A postdoc had a Feynman diagram. My officemate had a Lorenz attractor. And as I started to learn more and more about West Antarctica, and grounding lines and how to map them, and ice shelves and how they buttress and stabilize the vast ice sheets behind them, I started to want to make a commitment to this PhD, to the next five years of my life, and to Antarctica. I thought: if I pass my classes this semester, I’ll do it. 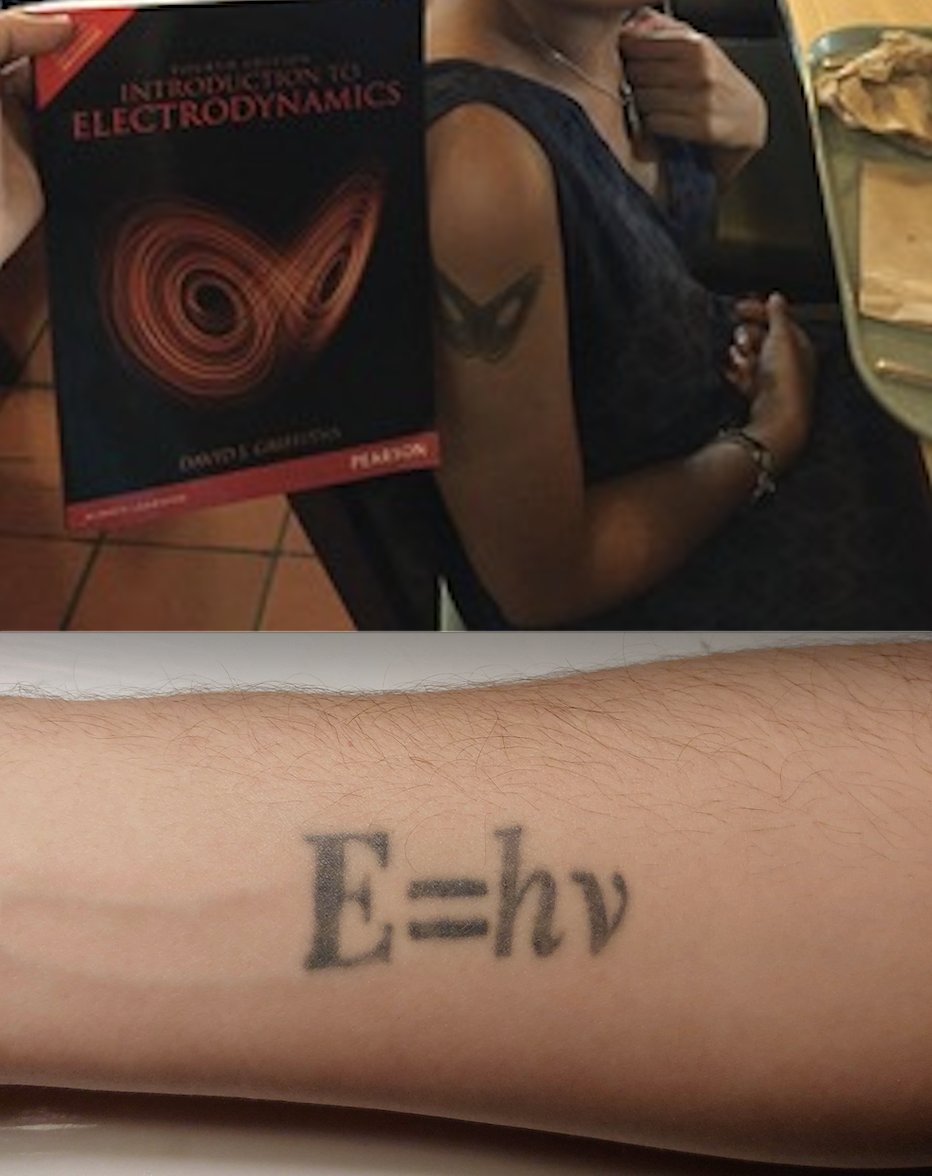 Some of the tattoos of EAPS.

January, an IAP slice of life: a couple other grad students have heard about my plan and come down to our office to shoot the breeze. “Have you told your advisor?” I laughed and paused.

“No.” I’d almost brought it up at our first meeting of my first IAP, and our last before he left for two weeks for a small conference on mathematical modelling at the Banff International Research Station, where the temperature would be around -20 °F, or, approximately, where it doesn’t really matter if you’re speaking Celsius or Fahrenheit. (Glaciologists like the cold.) But I’d gotten nervous and chickened out. Talking to my fiancé about it later that night, he said, “Imagine it’s you, and your grad student returns from their first semester at MIT with a tattoo of the thing they’re studying. How would you feel?” Well, surprised. And proud. Thrilled? It’d certainly be funny, and I certainly wouldn’t be upset. This kind of role-reversal has worked for me pretty well overall when interacting with professors. Would it annoy me to submit another set of recommendations for a student? No, of course not. Would I want to bring new students to meetings and conferences where they could expand their vision of what their future in the field could be? Of course. And if I were a tenure committee, would a carefully considered, permanent representation of a commitment to being a scientist really be a bad thing? 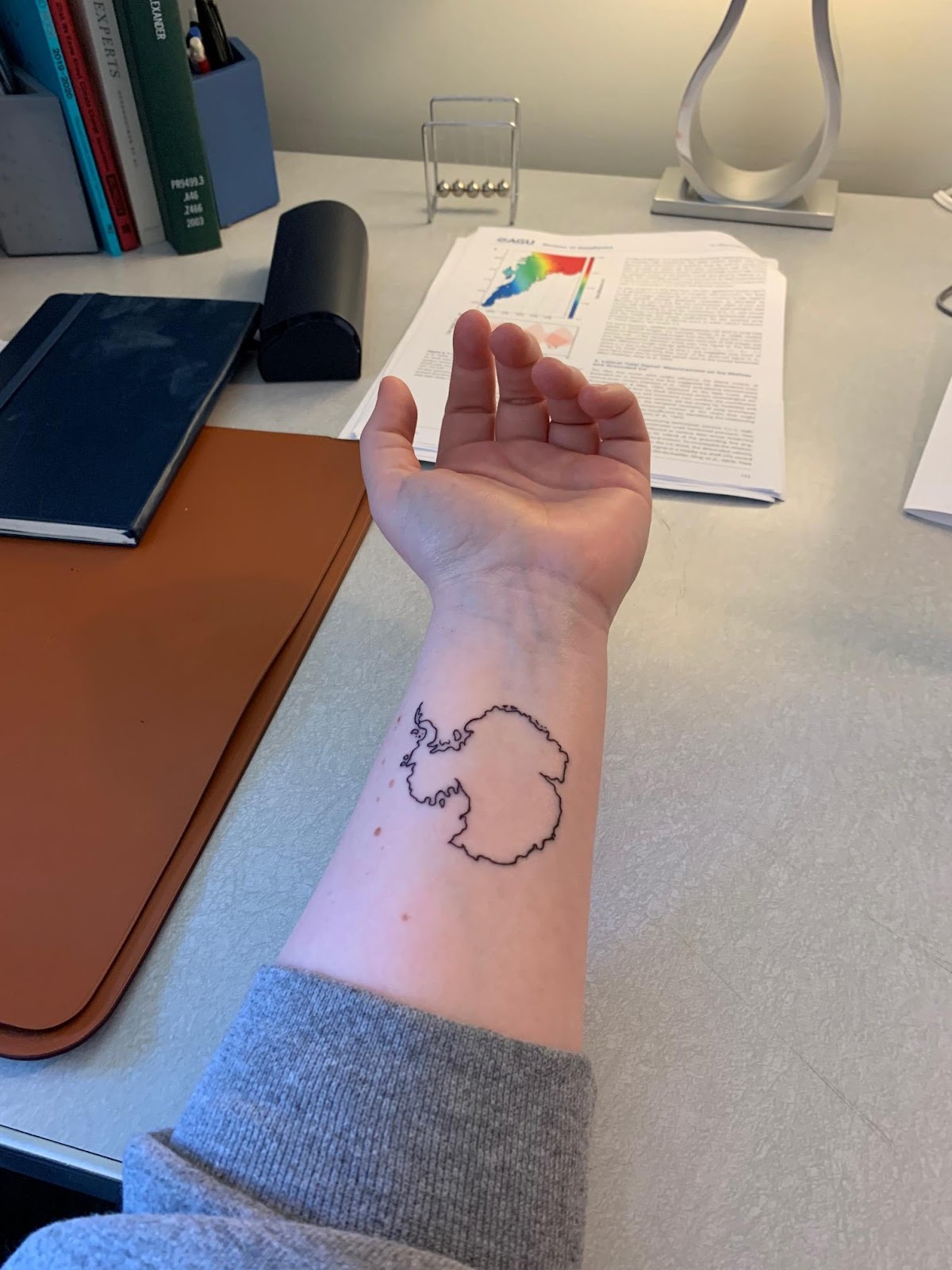 The Antarctic Grounding Line, NASA MEaSUREs, v2, at 1:200,000,000 scale. My tattoo is about an inch across, so Antarctica is roughly two hundred million inches across. Coincidentally, so is the United States. Thanks, Pino Bros Ink. 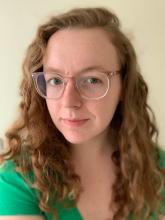