The new position, and the first of its kind at MIT, will lead the department in best practices, awareness, and implementation.

With the creation of a new leadership role within the Department of Earth, Atmospheric and Planetary Sciences (EAPS) at MIT, Professor David McGee has been appointed to become the department’s first Associate Department Head for Diversity, Equity, and Inclusion (DEI).

The Associate Department Head for DEI will chair the EAPS DEI Committee and serve as EAPS representative on the School of Science Diversity Council, in addition to working closely with EAPS groups whose work connects to diversity, equity and inclusion, and groups working in K-16 outreach. Chief among the role’s responsibilities will be to facilitate development of a clear set of priorities for enhancing recruitment, retention and achievement of faculty, undergraduate, and graduate students from underrepresented groups as well as systems for measuring and reporting progress toward these goals.

“Given the importance of this topic, and in view of recent events, it has become clear to me that we need to position the effort to create a better department more central in the organization,” says Department Head Rob van der Hilst, “By raising it to the level of Associate Department Head, it will have more visibility, impact, and accountability, and it will facilitate coordination across the School of Science and the Institute. I am delighted that David has agreed to take on this important task. Through his work surrounding EAPS Task Force 2023 and the department’s DEI activities over this summer, and most importantly as Director of Terrascope, one of MIT’s three first-year learning communities, David has proven he is a dedicated and compassionate leader, able to build a robust community around collaboration, shared purpose, and deep respect for the strengths each member brings.”

The Associate Department Head position is a 3-year term appointed by the Department Head, with renewal to be considered with input from the EAPS community. The new DEI structure within EAPS builds on the important work done by the previous EAPS Diversity Council, EAPS Task Force 2023, WiXII (Women in Course Twelve), TIDE (Toward Increasing Diversity in EAPS), and the students who have catalyzed discussions throughout the past few years and especially this summer in crafting an EAPS DEI Action Plan.

“Diversity, equity and inclusion are an essential part of the future of the department and of our field. It’s a lens that the department needs to bring to our research and teaching, as well as to our connections to some of the central questions facing society,” says McGee, “As with anything we do, our work on equity and inclusion needs to be a community-wide effort, and I see the central role of this position being to help facilitate, organize, and accelerate these efforts, and to establish a clear departmental commitment to them. I’m excited and grateful for the chance to work with the members of the DEI Committee and the broader EAPS community to help make EAPS a place where all its members feel respected and supported; a community built on understanding and appreciation of a wide variety of perspectives and experiences.”

With the establishment of this Associate Department Head position, a first for MIT, EAPS seeks to also complement the Institute’s recent initiatives on improving community and culture which include a reorganization at the beginning of the year to hire John Dozier as the Institute Community and Equity Officer (ICEO), paired with recent announcements of the creation of Diversity Officer positions within each school. 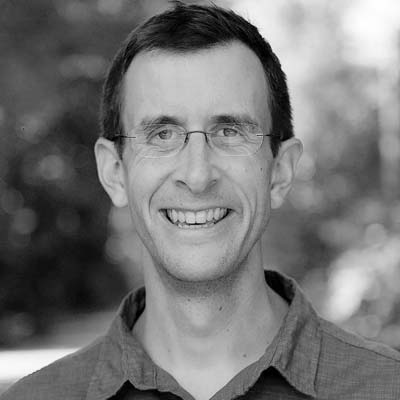 Letter regarding MIT’s next Institute Community and Equity Officer

Letter regarding efforts to address systemic racism at MIT