This month, we welcome Rogier Braakman as a new research scientist with EAPS Professor Mick Follows. Foteini Vervelidou joins the Weiss group as a postdoctoral fellow. 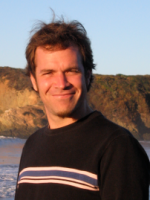 Rogier Braakman joins the Follows group as a research associate, after transferring from the MIT Chisholm lab in CEE. He studies general principles of metabolic evolution, and takes a chemical physics perspective on questions of macroevolution, ecosystem self-assembly and Earth history. Braakman uses comparative genomics to reconstruct the evolution of metabolic networks over geologic timescales, and combines this with information from other levels to understand the nature, drivers and ecological/environmental consequences of innovations. His ultimate goal is to understand the logic that underpins the chemical organization of life across levels of the biosphere, and how chemistry constrains the co-evolution of Earth and the biosphere.

Braakman has a PhD in Chemical Physics from Caltech and an MSc in Chemistry from the University of Amsterdam. 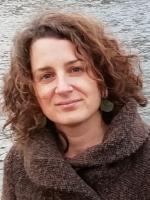 Foteini Vervelidou joins the Weiss group as a postdoctoral fellow.

Constraining the evolution of the magnetic field of terrestrial planets has important implications concerning the planets’ evolution of their thermal state, composition, atmosphere, climate and ultimately of their habitability over geological times. Rocks are instrumental in enabling scientists to track this evolution because they record it through their property of acquiring and preserving magnetization. Deciphering rocks’ magnetic record relies on the acquisition, processing and interpretation of spacecraft magnetic field measurements on the one hand and laboratory measurements of planetary samples on the other.

During Vervelidou's work as a PhD student at IPGP in Paris, France and as a postdoctoral researcher at GFZ in Potsdam, Germany, she became familiar with the possibilities, challenges and constrains involved in using spacecraft measurements to this end. Vervelidou's desire to expand her skill set and work directly with magnetized samples has led her to the Paleomagnetism Lab at MIT in December 2019 as a postdoctoral Marie Sklodowska-Curie Global Fellow. Vervelidou's project, which is being carried out also in collaboration with IPGP, is entitled “Deciphering the magnetic record of planetary rocks using spacecraft and laboratory measurements”. In particular, at this stage, she is focusing on constraining the evolution of the Martian magnetic field. For this, she uses magnetic field measurements obtained by the spacecrafts Mars Global Surveyor (MGS) and Mars Atmosphere and Volatile Evolution (MAVEN). Moreover, Vervelidou performs laboratory measurements on Martian meteorites using high-end instrumentation, including the SQUID magnetic microscope and the Quantum diamond microscope (QDM).

Vervelidou has a PhD in Geophysics, Université de Paris, Institut de physique du globe de Paris (IPGP), an MSc in Physical Principles and Methods of Remote-Sensing from Ecole Polytechnique Paris, and BSE in Electrical Engineering from Aristotle University of Thessaloniki.