Despite being highly migratory, tuna may benefit from ocean sanctuaries, study finds.

Marine protected areas are large swaths of coastal seas or open ocean that are protected by governments from activities such as commercial fishing and mining. Such marine sanctuaries have had rehabilitating effects on at-risk species living within their borders. But it’s been less clear how they benefit highly migratory species such as tuna.

Now researchers at MIT and the Woods Hole Oceanographic Institution have found evidence that tuna are spawning in the Phoenix Islands Protected Area (PIPA), one of the largest marine protected areas in the world, covering an area of the central Pacific as large as Argentina.

The researchers observed multiple species of tuna larvae throughout this protected expanse, suggesting that several migratory species are using these protected waters as a reproductive stopover, over several consecutive years, and even during a particularly strong El Niño season, where PIPA may have provided a critical refuge.

The results, published this week in the journal Scientific Reports, suggest that marine protected areas may be ocean oases for migratory fish, with plentiful nutrients and clean, clear waters that encourage tuna and other migratory species to linger, and spawn often. The study supports the notion that marine protected areas can provide protection to adult fish during spawning, and in this way, help to bolster fish populations — particularly those that, outside protected areas, are in danger of overfishing.

“We have proven that tuna are spawning in this protected area, and that it’s worth protecting,” says Christina Hernández, a graduate student in MIT’s Department of Earth, Atmospheric, and Planetary Sciences. “There are various types of protection for marine areas around the world, and all those measures allow us to preserve populations better, and in some cases protect highly migratory species.” 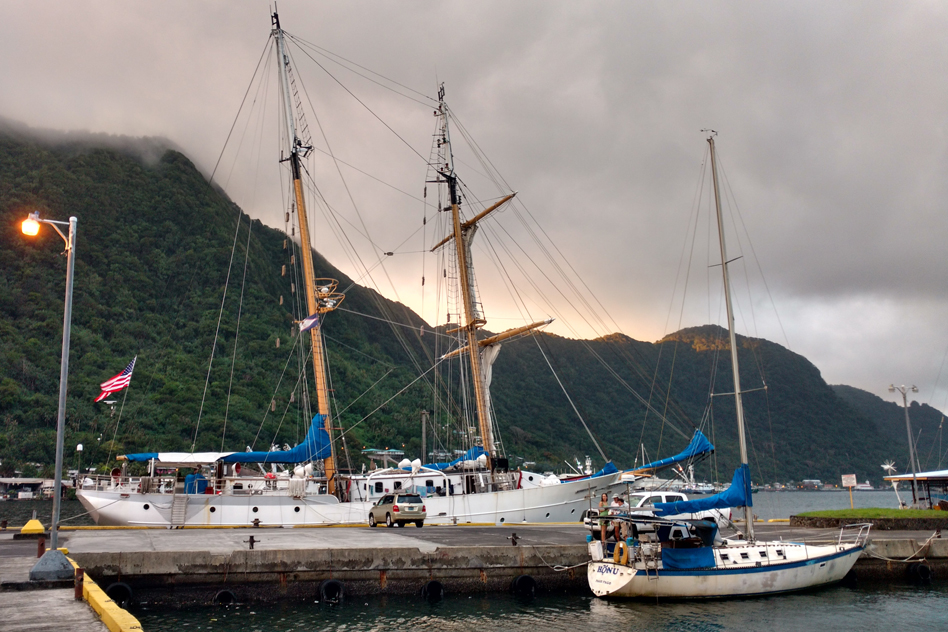 The Phoenix Islands Protected Area is part of the territorial waters of the Republic of Kiribati (pronounced Keer-ee-bahs), a sovereign state in Micronesia made up of three island chains in the central Pacific. The islands, if stitched together, would amount to no more than the land area of Cape Cod. However, Kiribati’s ocean territory is vast, extending 200 nautical miles from each of its 32 atolls. The people of Kiribati rely heavily on revenue from tuna licenses that they mete out to commercial fishers. In 2008, however, the republic designated 11 percent of its waters as a mixed-use marine protected area, with limited fishing. Officials ultimately banned all fishing activities in the region starting in 2015, in a conservation effort that — among other things — protected many endangered species, such as giant clams and coconut crab, along with birds, mammals, and sea turtles living within its boundaries.

While fishing vessels have respected the protected territory, keeping their activities outside PIPA’s boundaries, legal fishing efforts surrounding PIPA caused the researchers to wonder whether PIPA might eventually provide an economic gain in the form of “spillover effects.” In other words, if an ecological region is preserved over long periods of time, it might produce more fish that, once full-grown, might cross the territory’s boundaries, benefiting both Kiribati and the regional fishing community.

Hernández’ colleague, Randi Rotjan of Boston University, had been working with the Republic of Kiribati on ways to scientifically monitor PIPA, and wanted to assess whether the protected region might also serve as protected spawning grounds for migratory tuna.

In 2014, the team began yearly expeditions to the central Pacific, to sample within PIPA for tuna larvae, fish younger than 4 weeks old, that would suggest recent spawning activity in the region. The researchers embarked on a 140-foot-long student sailing vessel, owned and operated by Sea Education Association, which also collaborated on this study. Sailing from Hawaii, the ship reached the edges of PIPA after about a 10-day journey. Once within the protected area, the team began sampling the waters for tiny fish, using three different nets, each designed to collect at 100 meters, 50 meters, and skimming the surface.

The team pulled up nets teeming with ocean plankton, including tuna larvae, along with tiny crustaceans, jellyfish, pelagic worms, and anchovies, all of which they preserved and transported back to Massachusetts, where they carried out analyses to extract and identify the number and type of tuna larvae amid the rest of the catch.

From 2015 to 2017, the three years included in the current paper, the researchers analyzed samples from over 175 net tows, and identified more than 600 tuna larvae, covering a distance within PIPA of more than 650 nautical miles, or 1,200 kilometers. Compared with a handful of previous studies on tuna larvae populations, Hernández says the number and density of larvae they found is “pretty on track for what we expect for this part of the Pacific.”

“Larval populations can’t really control how they move, and they get mixed around by ocean currents and dispersed away from each other,” Hernández explains. “As they continue to grow, they start to school and are in denser aggregations. But as larvae, they live at low densities.”

The tuna larvae appeared in about similar abundances over all three years, and even in 2015, when a strong El Niño season dramatically altered ocean conditions.

The team identified tuna larvae in their samples as species of skipjack, big-eye, and yellowfin.

“These particular fish are not so picky about where they spawn, and they can spawn every two to three days, for a couple of months,” Hernández says. “If they’re thinking the food is pretty good in PIPA, they may stay inside its boundaries for a few weeks, and might have additional spawning events that they wouldn’t have if they were outside the protected area, where they could get caught before they spawn.”

The results are the first evidence that highly migratory species spawn in marine protected areas. But whether such regions encourage species to reproduce more than in other, unprotected waters will require studies over a longer period of time.

“We have to protect these areas long enough to figure out if they are causing an increase in tuna populations,” Hernández says. “The amount of information we have about the Pacific tuna is paltry. And it’s critically important that we study the early life stages of fishes, and that we monitor protected areas, and populations of tuna, as the ocean changes.”

This work was supported in part by the PIPA Trust, Sea Education Association, the Prince Albert of Monaco Foundation II, New England Aquarium, and Boston University.

Story Image: Kanton atoll, the only inhabited island of the Phoenix Islands, in the Republic of Kiribati. (Image: Courtesy of the researchers)

Whales dine with their own kind