Read this at WHOI

Microorganisms play important roles in the health and protection of coral reefs, yet exploring these connections can be difficult due to the lack of unspoiled reef systems throughout the global ocean. A collaborative study led by scientists at the Woods Hole Oceanographic Institution (WHOI) and the Centro de Investigaciones Marinas - Universidad de La Habana (CIM-UH) compared seawater from 25 reefs in Cuba and the U.S. Florida Keys varying in human impact and protection, and found that those with higher microbial diversity and lower concentrations of nutrients and organic carbon—primarily caused by human activities—were markedly healthier.

“Human impacts such as overfishing and pollution lead to changes in reef structure,” says WHOI graduate student Laura Weber, lead author of the paper. A healthy reef provides home to a diverse group of marine animals, including herbivores that in turn help control algal growth. “Removal of algae grazers such as herbivorous fish and sea urchins leads to increases in macroalgae, which then leads to increased organic carbon, contributing to the degradation of coral reefs,” Weber adds.

Researchers sampled seawater from each site and measured nutrients as well as a suite of parameters that offer insights into the microbial community. They found a notable difference between the heavily protected offshore reefs in Cuba and the more impacted nearshore ones in the Florida Keys.

Jardines de la Reina (Gardens of the Queen), the largest protected area in the Caribbean, is a complex ecosystem of small islands, mangrove forests, and coral reefs located about 50 miles off the southern coast of Cuba. These highly-protected offshore reefs provide habitat and feeding grounds for large numbers of fish, including top predators like sharks and groupers. Here, researchers found low concentrations of nutrients, and a high abundance of Prochlorococcus—a photosynthetic bacterium that thrives in low nutrient waters.

“Cuba does not have large-scale industrialized agriculture or extensive development along most of its coastline,” says Patricia González-Díaz, Director of CIM-UH and co-author of the study. “So there is not a lot of nutrient run-off and sedimentation flowing on to the reefs.” Additionally, the reefs of Jardines de la Reina may be further buffered from impacts by the mangroves and seagrass meadows that lie between the island of Cuba and the reef system of Jardines de la Reina. 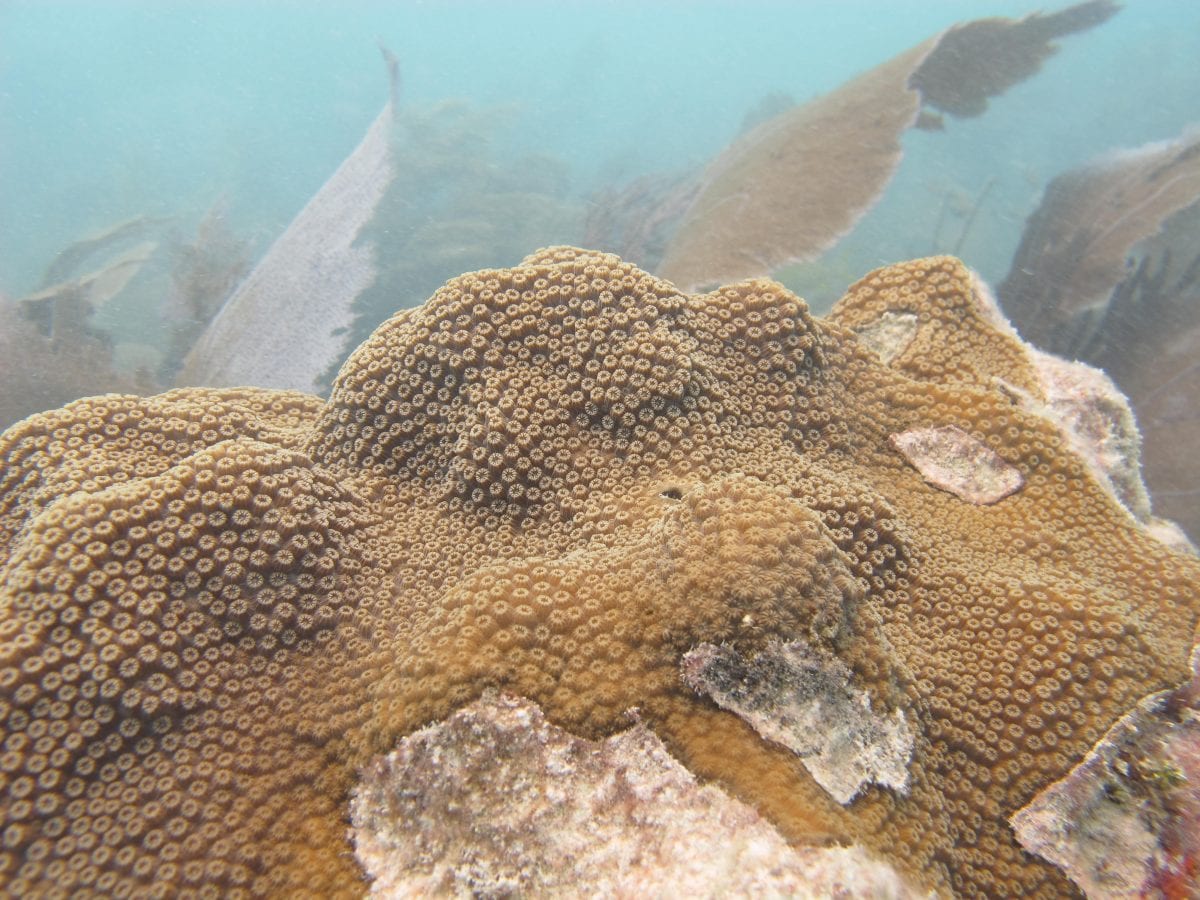 Conversely, seawater from the more accessible reefs of Los Canarreos, Cuba—which are more impacted by humans through subsistence and illegal fishing, tourism, and the diving industry—and the nearshore reefs in the Florida Keys both contained higher organic carbon and nitrogen concentrations.

The study demonstrates that protected and healthier offshore Cuban reefs have lower nutrient and carbon levels, and microbial communities that are more diverse with abundant photosynthetic microbes compared to the more impacted, nearshore reefs of Florida. This work suggests that the offshore nature and highly protected status of reefs in Jardines de la Reina have played a role in keeping these reefs healthy by being far from or minimizing human impacts. These findings may aid resource managers in decision making to protect and restore Caribbean coral reefs in the face of habitat and climate-based change.

The study was published in the journal Environmental Microbiology on December 13. Co-authors of the paper include colleagues from CIM-UH, Universidad Nacional Autónoma de México, Phillip and Patricia Frost Museum of Science, Mote Marine Laboratory, and the University of California, Santa Barbara. For more information, visit Amy Apprill's lab.

Funding for this work was provided by OceanX and the National Science Foundation.

Hidden Battle on the Reefs

Gardens of the Queen trip photos