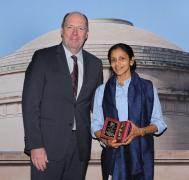 Forging a Healthy and Rewarding Career Path for Others in Academia

The argument of nature verses nurture rarely enters into paleoclimate research, yet MIT-WHOI Joint Program graduate student Christine Y. Chen is keenly aware of the lasting effects an environment can have on a person and an academic career. For this reason, Chen is working tirelessly to change the nature of research settings to make them healthier, more inclusive and supportive. Additionally, she’s an active science communicator, sharing her research with future scientists and young explorers interested in geology. Recently, she was recognized for her outstanding mentorship both in and out of the classroom with the MIT Larry G. Benedict Leadership Award at the 2019 MIT Awards Convocation, and also featured as an “Earth Explorer” in the tenth anniversary edition of the National Geographic Kids Almanac.

Named after MIT’s first Dean of Student Life, the Larry G. Benedict Award is presented annually to two students, one undergraduate and one graduate, who have shown dedication to empowering their fellow students to develop as leaders. “As a postdoc in EAPS at MIT, and also as a graduate student at Stanford, I have not met a student more dedicated to supporting her student community than Christine Chen,” wrote EAPS postdoctoral researcher Adam Jost, one of fifteen students, staff, and faculty who nominated Chen.

When Chen isn’t investigating ancient lake shorelines or fossilized microbial lake carbonate samples in the lab, she’s fostering a culture that supports a healthy scientific community. Chen co-led the effort to establish the first Resources for Easing Friction and Stress program within EAPS (EAPS REFS), a peer-to-peer confidential support network of graduate students whose mission is to help their peers navigate stressful issues or difficult situations. Volunteer graduate students, known as “REFS,” undergo a 40-hour training in conflict management, coaching, and mediation, and then use these skills to support the mental health and well-being of department members, most often in one-on-one meetings.

After one year of service as a REFS, Chen observed a common theme in the stressful issues being brought to her by students: Most were related to conflicts or misunderstandings between advisors and advisees—an observation that unfortunately is consistent with other findings on major contributions to stress in research environments. She realized that although most faculty have the best of intentions, most simply do not have the tools or even the awareness to address problems within their research groups. Identifying a need for more leadership and management training for faculty, Chen created and led a workshop on “Growing Healthy Labs” for graduate students, post-docs, and faculty in the MIT School of Science. The workshop used role-playing, group discussion, and case studies to illustrate the important concepts, such as the critical need for communication of expectations between lab members.

“Christine genuinely cares about building a scientific culture in which both research and researchers can thrive…In addition to the great content she presented, Christine raised important issues of culture and happiness. She lit a fire and now many of us are having conversations about how to build sustainable work cultures that we wouldn’t have had without her opening the door,” wrote EAPS graduate student Marjorie Cantine in her nomination.

Not only has Chen been empowering students to become agents for change in their research communities, she’s helping to catalyze the careers of the next generation of geoscientists. 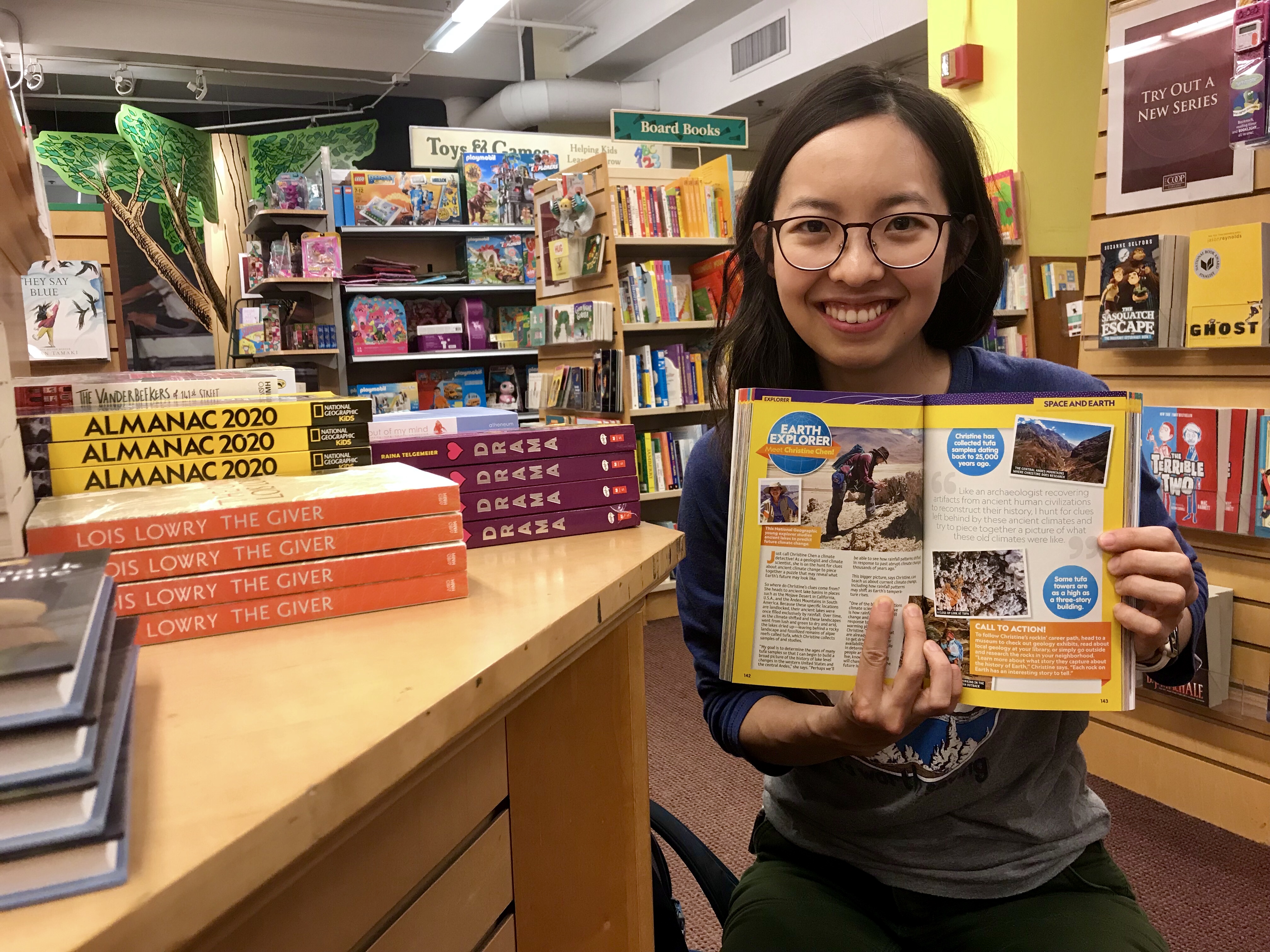 “[Christine] has gone beyond her UROP [undergraduate research opportunities] responsibilities and has been my greatest mentor at MIT,” wrote AJ Iverson ’20. Chen has taken the time to personally teach and develop Iverson’s skills in coding and labwork, as well as provide professional connections to help jumpstart Iverson’s geoscience research. “Overall, Christine has gone beyond the tasks required in her role as a UROP supervisor... She has encouraged me to pursue new ideas in regards to our project and supplied me with tools and knowledge to pursue those ideas.”

The MIT Awards Convocation was held earlier this spring. Also in attendance was Professor Amala Mahadevan, who conducts research at WHOI as a faculty member of the MIT-WHOI Joint Program. She received the Frank E. Perkins Award for Excellence in Graduate Advising, which is given each year to a professor from each school who has served as an excellent advisor and mentor for graduate students. The award is named in honor of Frank E. Perkins, Dean of the Graduate School from 1983-95.

Story Image: The MIT Awards Convocation honors MIT students, faculty, staff, and community members who have made outstanding contributions to the shared life of the Institute. Photos taken on May 13 in the Samberg Center. (Credit: Heath Photography)