This year’s annual PAOC retreat had students, postdoctoral fellows, faculty and staff from MIT’s Program in Atmospheres, Oceans and Climate in the Department of Earth, Atmospheric and Planetary Sciences escape to Jiminy Peak in Hancock, MA for a weekend event of science and socializing. The timing couldn’t have been any more perfect during the retreat from October 4-6, 2019 as the foliage in the Berkshires Mountains were bursting in fall colors and the weather started to cool down, enough for Jiminy staff to turn up the fire in the outdoor pits. 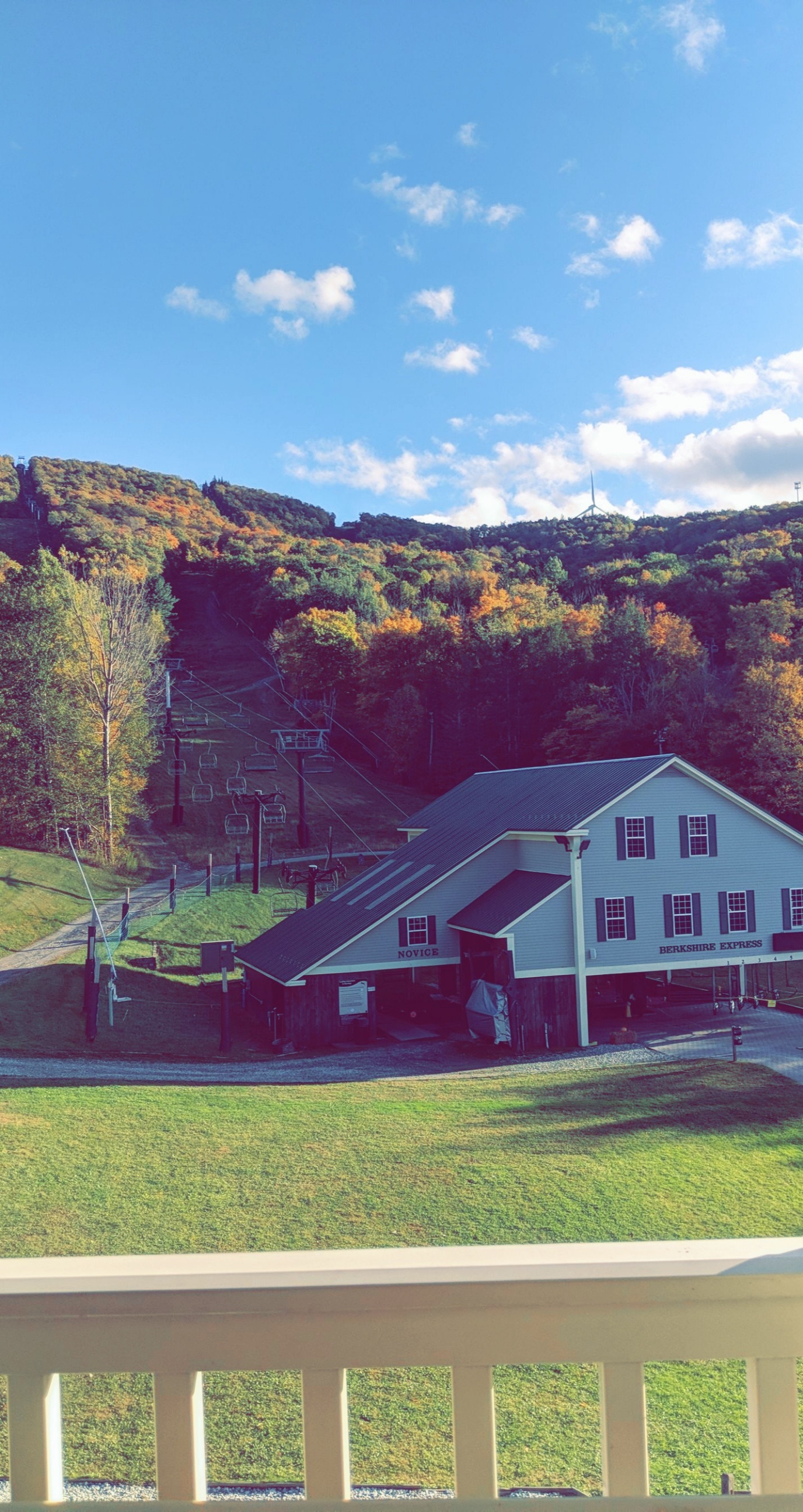 The retreat, which is generously supported by the Houghton Fund, went full-swing early Saturday morning with a series of talks. This year’s theme was "History of Climate: Climate’s Current and Historical Impact on Cultural, Political, and Social Development."

In his keynote presentation, the department's own Associate Professor David McGee walked the audience through some of the ways in which past climate changes, particularly changes in precipitation, might have impacted the survival, stability and displacements of different human groups across history, in a complex interplay between environmental circumstances and social, economic, and political factors.

Then, Harriet Ritvo, Arthur J. Conner Professor of History at MIT, used the case of the spread of zoonotic diseases to illustrate how demographic changes have brought about environmental challenges, and how those in turn have impacted human affairs. Too often, Professor Ritvo showed, have human groups defaulted to blaming others for diseases and challenges of unclear origin.

Finally, James Fleming, the Charles A. Dana Professor of Science, Technology, and Society at Colby College, talked about some of the great milestones in the development of atmospheric science over the past two centuries, and emphasized how the adoption of new technologies by atmospheric scientists has been crucial for the growth of the field.

After the presentations, a panel that included the speakers, as well as EAPS Senior Research Scientist Stephanie Dutkiewicz, answered questions from the audience about topics including the importance of activism and communication in climate science, the analogies used to conceptualize the physics of the atmosphere, and the relative effectiveness of scientific knowledge in overcoming social and political bias.

Saturday afternoon had everyone enjoying a hike up Mount Greylock or Jiminy Peak, visiting the nearby Ioka Valley Farm, and participating in the resort’s outdoor adventure park. The evening started with "taco night", which set the mood for the annual talent show hosted by graduate students Martin Wolf (and, his amazing bowtie) and Lesly Franco. And, talent, there was! Our ears were delighted with the singing voice of Cora Hersh while she played the ukulele. We found laughter when graduates Jonathan Lin and Raphael Rousseau-Rizzo took on a parody version of Celine Dion’s “My Heart Will Go On” to carry out “My PhD Will Go On.” Professor Paul O’Gorman and his family, kept the metaphorical and literal ball rolling, by inviting the audience to compete for most juggles with a soccer ball. The clear challenge winner was the Argentinian superstar, graduate student Santiago "Lionel Messi" Benavides.

Early Sunday morning started with a research roundup as each student, postdoc and faculty member summarized their current projects in under one minute. Followed with lunch, was the State of PAOC summed up by Professor and PAOC chair Raffaele Ferrari. This included events and news from last year and where the department is planning on going.

As the fog breached the tips of the mountains and rain started to drizzle Saturday’s sun-soaked grounds, the retreat came to an end.