In mid-April 2018, we celebrated the 50th anniversary of the MIT Planetary Astronomy Laboratory or MIT PAL.

The lab was founded by Prof. Tom McCord in 1968 after arriving from Cornell during a critical period of space exploration and astronomical science.  In addition to developing the lab, he also conceived of and built MIT’s Wallace Astrophysical Observatory in 1971. The achievements of lab members during the 1968-76 period, too numerous to list all, include the invention of the first digital imaging camera, initial composition estimates of the Moon, settling a long-term debate by determining Saturn’s ring composition to be water ice, discovery of water ice on two of Jupiter’s moons, as well as the first papers on asteroid mining.  Several students made important software contributions such as one of the most advanced computer-controlled telescope systems in the world that used a pen and tablet interface – in the early 1970’s! Others wrote some of the early data pipelines to automate the analysis of astronomical images. Many of these MIT alumni went on to make important contributions beyond MIT PAL developing things such as nuclear test detection, the XWindows system, Mars Pathfinder mission, and remote sensing equipment used to detect pollution following both 9/11 and the Deep Horizons oil spill.

On the second day, several of the original Wallace undergraduate observers returned to the observatory for the first time since they graduated in the 1970’s.  They poured through the original log book, which is still used by undergraduates today, to locate where they made their first mark in astronomical history.  Several artifacts of that era were brought out including a 24-filter spectrophotometer that several of the students helped build and the proceedings for the world’s first robotic telescope conference that was held at MIT in 1975. 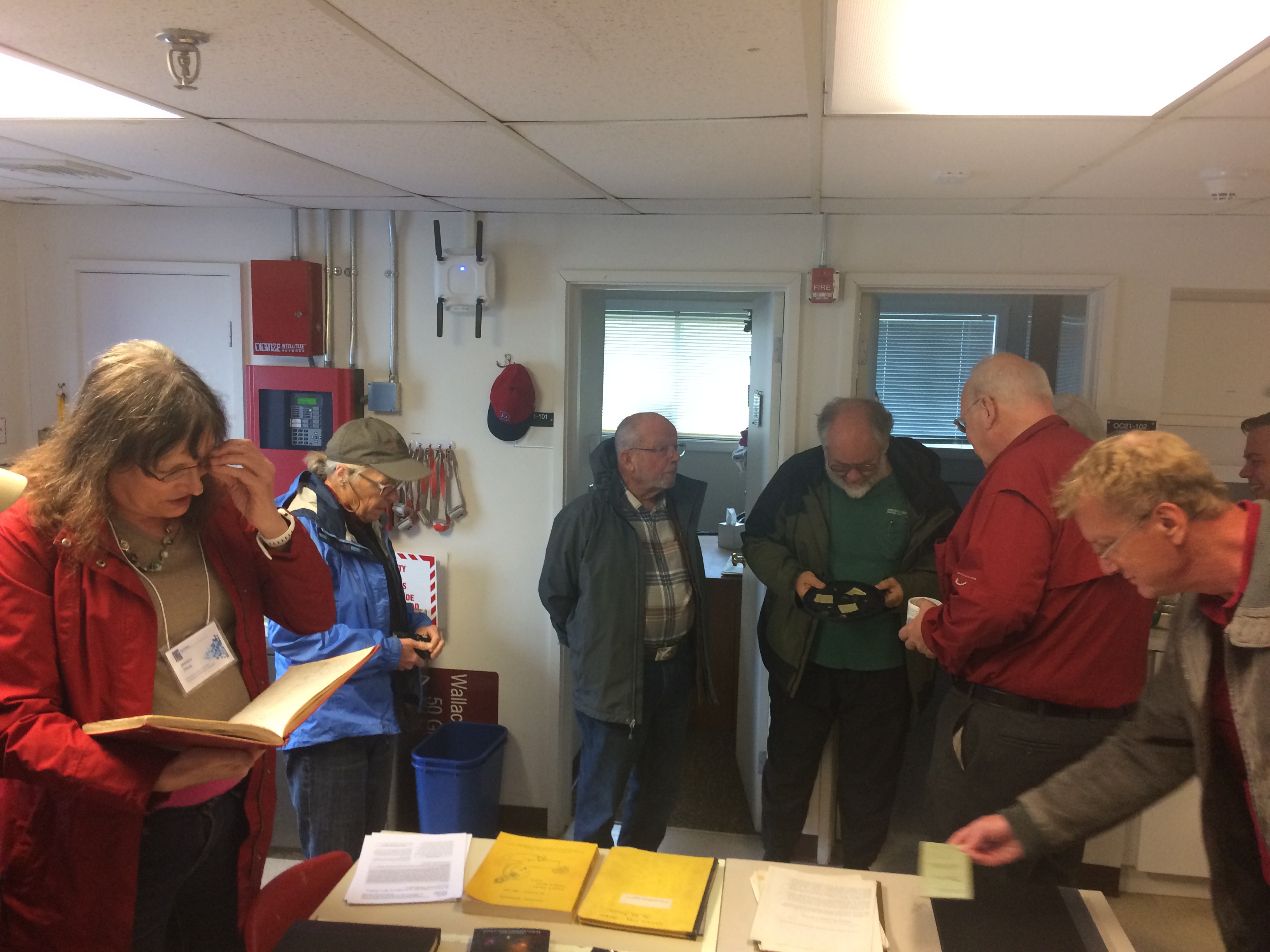 Several of the earliest students to observe at MIT Wallace Astrophysical Observatory return to find their name in the logbook and examine artifacts of that era.

McCord led the Planetary Astronomy Lab until his departure in 1976/77 when he left for the University of Hawaii and Prof. Jim Elliot assumed the role as director of Wallace Observatory until his passing in 2011, when Dr. Michael Person became the third director of Wallace.

Today, MIT PAL is deeply active in observing bodies throughout our solar system, specializing in observing stellar occultations of distant bodies such as Pluto, Triton, and Kuiper Belt Objects, as well as nearer objects such as Centaurs, Jupiter Trojans, and main-belt asteroids. 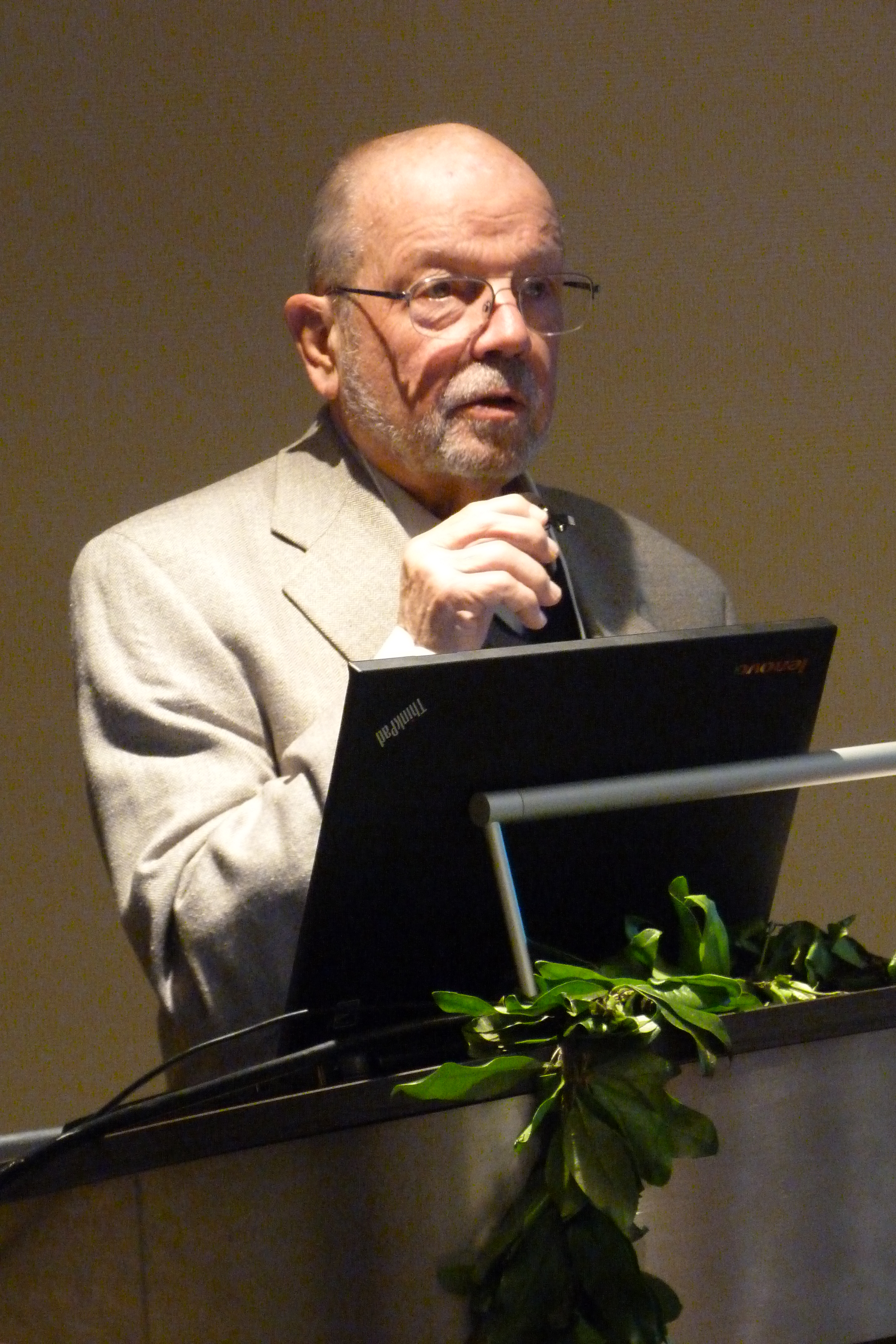 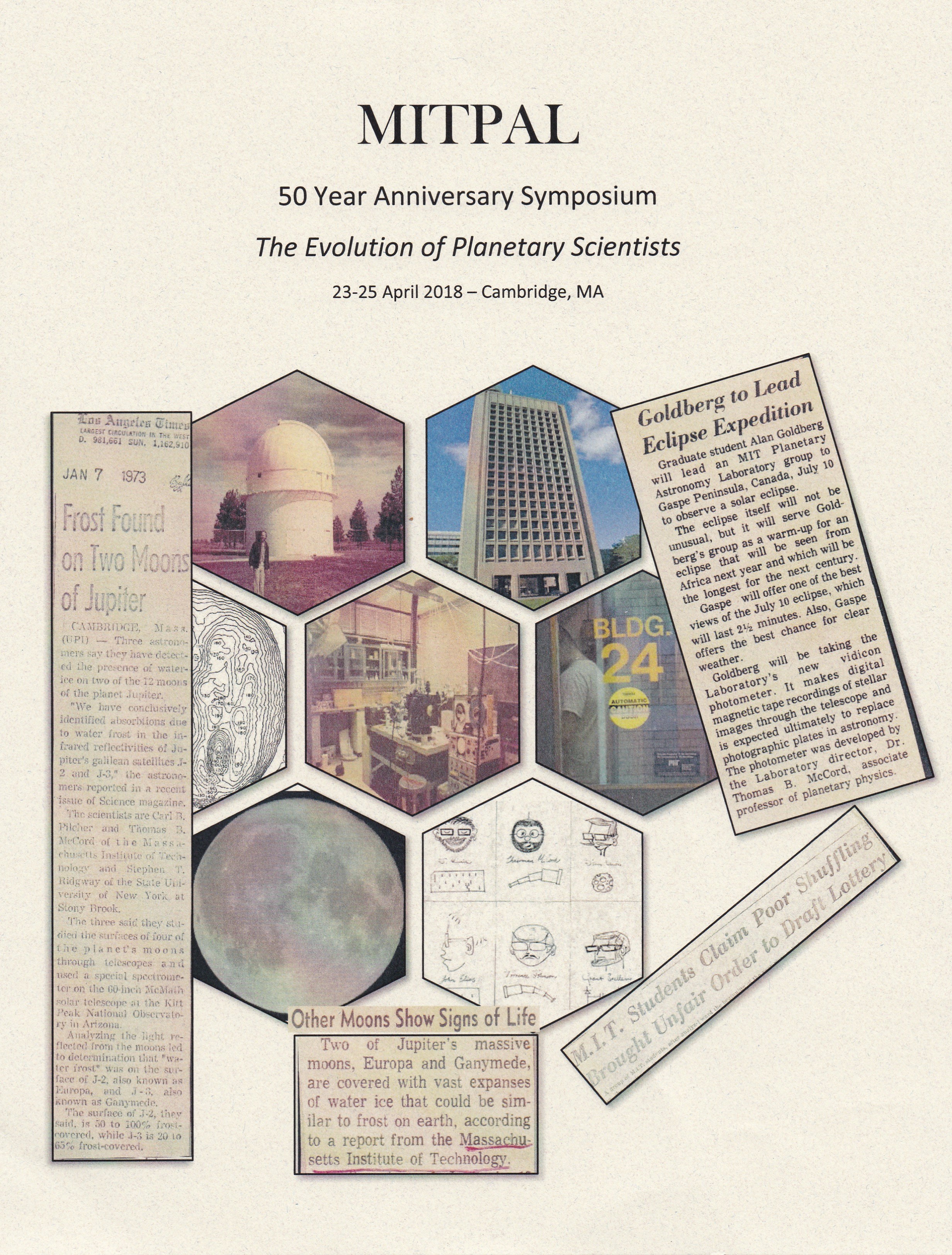