He joins the EAPS department, bringing new perspectives to planetary science, astronomy and the hunt for exoplanets.

“I am really grateful for the opportunity to pursue my scientific endeavors at EAPS,” de Wit said. “I have had the chance to experience the unique qualities of our department over the past 7 years. I have grown particularly fond of the intrinsic qualities of people EAPS brings together, as well as of the breadth of research topics and their direct link with nature, Earth and life.”

Before accepting this position, de Wit worked as a graduate student (PhD ’14) and later a postdoctoral associate with Class of 1941 Professor of Physics and Planetary Science Sara Seager in the EAPS Program in Atmospheres, Oceans and Climate (PAOC). During this time, de Wit who hails from Belgium, developed and applied innovative analysis techniques to map exoplanet atmospheres, study the radiative and tidal planet-star interactions in eccentric planetary systems, and constrain the atmospheric properties and mass of exoplanets solely from transmission spectroscopy.

Some of his accomplishments, in collaboration with other researchers, include creating the first map of the distribution of clouds on an exoplanet, developing a way to interpret a planet’s mass from its transmission spectra, being the first to observe a star pulsing in response to its orbiting planet, generating the first temperature map of a “super-Earth” exoplanet covered in boiling hot magma, and discovery and ongoing characterization of the TRAPPIST-1 system and its exoplanets, which are among the strongest candidates to harbor life.

The TRAPPIST-1 discovery was made possible by the prototype phase of the project SPECULOOS: TRAPPIST (TRAnsiting Planets and PlanetesImals Small Telescope). As a result of its success, de Wit and MIT launched the “New Worlds, New Discoveries: a major leap in the search for life beyond our solar system” campaign. Here, de Wit’s working with the Search for habitable Planets EClipsing ULtra-cOOl Stars (SPECULOOS) consortium to build ground-based telescopes to survey all the nearest and brightest ultra-cool dwarf stars for potentially habitable planets that would be well-suited for assessment with coming observatories like the James Webb Space Telescope (JWST). These new technologies would help detect biosignatures that could indicate the presence of life. Additionally, SPECULOOS telescopes are smaller, ground-based, inexpensive and easier to deploy than their space counterparts. While a SPECULOOS project is currently underway in the southern hemisphere, MIT and the University of Liège are deploying the first telescope of the SPECULOOS Northern Observatory, ARTEMIS, on Tenerife in the Canary Islands.

Other research projects also preoccupy de Wit. Currently he’s working with ultraviolet Hubble observations of the TRAPPIST-1 planets to search for signs of absorption in the Lyman-alpha band during transits. This indicates the presence of the outermost region of a planet's atmosphere called the exosphere and, in this case, increases the chance that these planets could sustain an atmosphere. Additionally, he’s assembling proposals for the first cycle JWST observations.

Up until now de Wit has concentrated much of his time on research, but he’s looking forward to transitioning into the role of an educator and explorer. “My new responsibilities will allow me to invest more of my time enabling the learning and the research of others, which I’ve found particularly fulfilling,” he said. He’s eager to further carve out a space where students can further explore the world of planetary sciences. Sharing his values and passion for science with MIT students, group members and faculty, he’s excited to work in a collaborative setting among colleagues with unique scientific endeavors. In particular, de Wit hopes to leverage his upcoming work with ARTEMIS for classwork, facilitate and develop interdisciplinary classes in data science and theory spanning numerous research topics in EAPS with department faculty, advocate for support for graduate students, and forge new research partnerships at MIT and elsewhere. “I could thus not imagine a better place for this new life chapter, which I look forward to.” 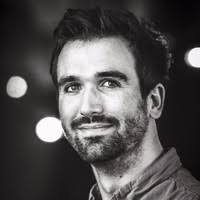 Julien de Wit’s primary interest and expertise lie in the field of data science where Math and Science are brought together to make sense of newly accessible pieces of Reality! Over the past five years, he has developed and applied new analysis techniques to map exoplanet atmospheres, study the radiative and tidal planet-star interactions in eccentric planetary systems, and constrain the atmospheric properties and mass of exoplanets solely from transmission spectroscopy.

The Heart of a Far-off Star Beats for its Planet

Scientists generate first map of clouds on an exoplanet