The prize is given for the best PhD thesis done the preceding year within PAOC.

The Program in Atmospheres, Oceans and Climate (PAOC) within MIT’s Department of Earth, Atmospheric and Planetary Sciences (EAPS) congratulates atmospheric scientist Jimmy Gasore PhD ’18 on winning the Rossby Award for best doctoral thesis done the preceding academic year within the program. Gasore’s thesis, "Quantifying Emissions of Carbon Dioxide and Methane in Central and Eastern Africa Through High Frequency Measurements and Inverse Modeling” stood out from the many exemplary works completed in the program, earning him the prize.

The honor, which is named after MIT Professor Carl-Gustaf Rossby, recognizes scientific excellence in the next generation of researchers. Rossby pioneered in modern dynamics of the atmosphere and ocean. He also founded meteorology studies at the institute, which became the basis for the nation’s first Department of Meteorology and later evolved into PAOC. As part of the accolade, Gasore’s name will appear on a plaque in the department next to previous winners. 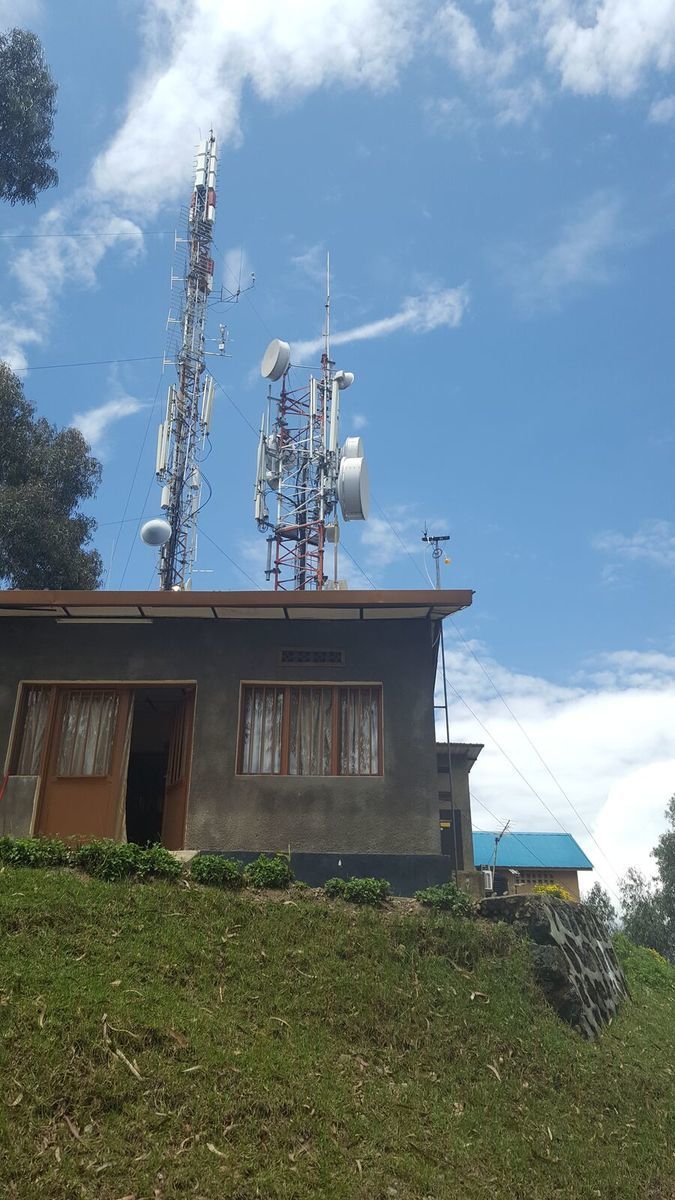 For his thesis work, Gasore, a Rwandan native, provided significantly more accurate estimations of carbon dioxide (CO2) and methane (CH4) sources and sinks in Central and Eastern Africa through a new high frequency, long-term greenhouse gas (GHG) monitoring station and a new inverse model to quantify estimation uncertainties in inverse modeling. Under the guidance of his thesis advisor Ron Prinn — the TEPCO Professor of Atmospheric Science in EAPS, Director of the Center for Global Change Science (CGCS) and Co-Director of the Joint Program on the Science and Policy of Global Change (JPSPGC) — Gasore collaborated with MIT and the Rwandan Ministry of Education to set up the continent’s first high frequency greenhouse gas (GHG) monitoring station, the Rwanda Climate Observatory. The station is part of the Rwanda-MIT Climate Change Observatory Project and the Advanced Global Atmospheric Gases Experiment (AGAGE), an international network measuring atmospheric composition particularly greenhouse gases and other agents that may influence the climate, using high quality protocols and instrumentation to obtain quality data. The team carefully selected the observatory’s location, which is currently located on the summit of Mt. Mugogo – an interim location near the Virunga Mountains in a rural area of northwest Rwanda. Its placement enables the station to capture and monitor regional background pollution away from areas of high anthropogenic emissions and fill the void of quality data, particularly near Africa’s equatorial belt. Modeling showed that the station receives air masses originating from East and Central Africa, the Indian Ocean and occasionally from Southern Asia. The observatory is expected to move to the summit of Mt. Karisimbi once infrastructure is in place to make it accessible. Here, scientists will gather, analyze and model emissions, providing valuable information needed to understand the global carbon budget, the land-atmosphere carbon exchange, and regional emissions in the Greater Horn of Africa.

Gasore then used observational data, modeling and a mathematical approach to estimate surface emissions and sinks of carbon dioxide and methane in ten countries surrounding Mt. Mugogo. A significant portion of CO2 emissions were inferred to come from agriculture, biomass burning and land use changes; wetlands were estimated to dominate methane emissions. Gasore collected data from the new Mt. Mugogo station and two weather stations on meteorology, air pollution, and greenhouse gases over a two-year period. His in-situ, high-frequency measurements of atmospheric trace constituents were the first observations of their kind in the region.

Gasore’s methods allowed him to evaluate how a particular trace gas was transported to the station by the wind, its trajectory, and what physical and chemical transformations it underwent since it was emitted. For his work, Gasore used a combination of spectroscopy techniques, probability, particle dispersion modeling and inversion modeling. This allowed for the detection of changing surface emissions fluxes or processes from the surrounding regions sampled due to the shifting wind patterns. Gasore was then able to track the particle back to its origin and discriminate between local and remote pollution sources. From this he was able to produce a time-varying map of CO2 and CH4 emissions in Rwanda and the East Africa.

Some of his key findings were that regional biomass burning largely drives the seasonal cycle of CO, CO2, and black carbon following the shift of the inter-tropical convergence zone. The seasonal cycle of methane is largely driven by differences in concentration between the hemispheres; methane-rich northern hemisphere air is transported to the station during the northern winter. Gasore also found that in 2016 the region emitted about 25 teragrams of CH4 and 139 teragrams of CO2. These first regional estimates constitute a reference for the scientific community and will be used to inform regional greenhouse reduction policies in the future.

It is for this work that the chair of his thesis committee, EAPS associate professor Shuhei Ono, nominated Gasore and the Carl-Gustaf Rossby Prize Committee concurred. “In his dissertation research, Jimmy [Gasore] made the first-time high frequency simultaneous cavity ring-down spectroscopy (CRDS) measurements of CO2, CH4 and CO in Equatorial Africa, and then interpreted the data using state of the art inverse modeling to estimate CO2 and CH4 sources and sinks. Both [his] observations and modeling are of the highest quality, and I believe this makes his research uniquely qualified and worthy of Rossby Prize nomination.” 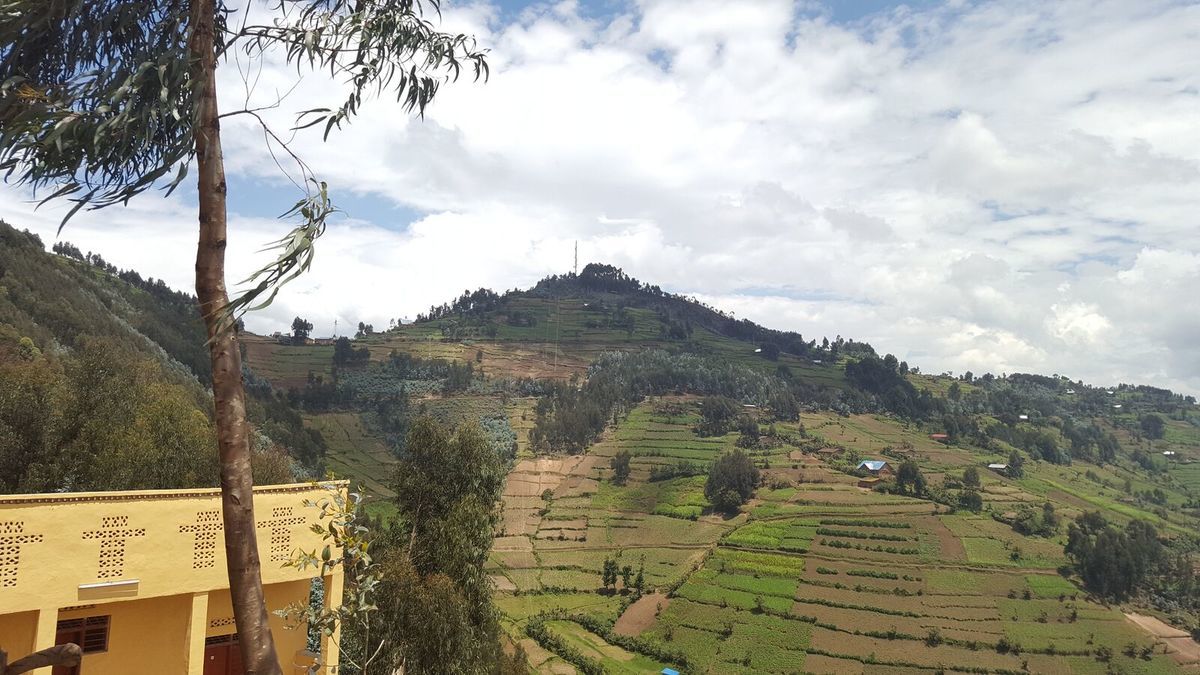 Gasore was the first to use data from the Rwandan Climate Observatory for a doctoral thesis and plans to continue to work with it. He’s currently a lecturer at the University of Rwanda teaching atmospheric sciences and the Station Chief Scientist for the Rwanda Climate Observatory. Part of his job is to ensure that it operates properly and gathers long-term records of atmospheric levels of greenhouse gases and ozone depleting substances that are useful today and in the future.

“In terms of career I am right where I wanted to be because working from [within a] University allows me to continue my research in atmospheric composition (air quality and greenhouse gases), share knowledge with students and collaborate with local and international scholars,” Gasore says. He feels that his doctoral work has set him on a course for the future. “The Rossby Award means to me that I have the obligation to keep the work I started at the Rwanda Climate Observatory going on. I, therefore, have to teach even more students in atmospheric science, source funds to ensure the sustainability of the project and truly bring Africa to the climate change grid.”

From killing fields to technopolis

Video: Getting Africa on the Climate Change Grid

Getting Africa on the Climate-Change Grid