Astronomers using NASA’s Hubble Space Telescope have conducted the first spectroscopic survey of the Earth-sized planets (d, e, f, and g) within the habitable zone around the nearby star TRAPPIST-1. This study is a follow-up to Hubble observations made in May 2016 of the atmospheres of the inner TRAPPIST-1 planets b and c.

Hubble reveals that at least three of the exoplanets (d, e, and f) do not seem to contain puffy, hydrogen-rich atmospheres similar to gaseous planets such as Neptune.

Additional observations are needed to determine the hydrogen content of the fourth planet’s (g) atmosphere. Hydrogen is a greenhouse gas, which smothers a planet orbiting close to its star, making it hot and inhospitable to life. The results, instead, favor more compact atmospheres like those of Earth, Venus, and Mars.

By not detecting the presence of a large abundance of hydrogen in the planets’ atmospheres, Hubble is helping to pave the way for NASA’s James Webb Space Telescope, scheduled to launch in 2019. Webb will probe deeper into the planetary atmospheres, searching for heavier gases such as carbon dioxide, methane, water, and oxygen. The presence of such elements could offer hints of whether life could be present, or if the planet were habitable.

“Hubble is doing the preliminary reconnaissance work so that astronomers using Webb know where to start,” said Nikole Lewis of the Space Telescope Science Institute (STScI) in Baltimore, Maryland, co-leader of the Hubble study. “Eliminating one possible scenario for the makeup of these atmospheres allows the Webb telescope astronomers to plan their observation programs to look for other possible scenarios for the composition of these atmospheres.”

Two of the planets were discovered in 2016 by TRAPPIST (the Transiting Planets and Planetesimals Small Telescope) in Chile. NASA’s Spitzer Space Telescope and several ground-based telescopes uncovered five additional ones, increasing the total number to seven. The TRAPPIST-1 system is located about 40 light-years from Earth.

“No one ever would have expected to find a system like this,” said team member Hannah Wakeford of STScI. “They’ve all experienced the same stellar history because they orbit the same star. It’s a goldmine for the characterization of Earth-sized worlds.”

The Hubble observations took advantage of the fact that the planets cross in front of their star every few days. Using the Wide Field Camera 3, astronomers made spectroscopic observations in infrared light, looking for the signature of hydrogen that would filter through a puffy, extended atmosphere, if it were present. “The planets are close enough to their host star, and they have very short orbital periods, which means there are lots of opportunities to make observations,” Lewis said.

Although Hubble did not find evidence of hydrogen, the researchers suspect the planetary atmospheres could have contained this lightweight gaseous element when they first formed. The planets may have formed farther away from their parent star in a colder region of the gaseous protostellar disk that once encircled the infant star.

“The system is dynamically stable now, but the planets could not have formed in this tight pack,” Lewis said. “They’re too close together now, so they must have migrated to where we see them. Their primordial atmospheres, largely composed of hydrogen, could have boiled away as they got closer to the star, and then the planets formed secondary atmospheres.”

The Hubble team plans to conduct follow-up observations in ultraviolet light to search for trace hydrogen escaping the planets’ atmospheres, produced from processes involving water or methane lower in their atmospheres.

Astronomers will then use the Webb telescope to help them better characterize those planetary atmospheres. The exoplanets may possess a range of atmospheres, just like the terrestrial planets in our solar system.

“One of these four could be a water world,” Wakeford said. “One could be an exo-Venus, and another could be an exo-Mars. It’s interesting because we have four planets that are at different distances from the star. So we can learn a little bit more about our own diverse solar system, because we’re learning about how the TRAPPIST star has impacted its array of planets.”

The team’s results will appear in the Feb. 5 issue of Nature Astronomy.

The Hubble Space Telescope is a project of international cooperation between NASA and ESA (European Space Agency). NASA’s Goddard Space Flight Center in Greenbelt, Maryland, manages the telescope. The Space Telescope Science Institute (STScI) in Baltimore conducts Hubble science operations. STScI is operated for NASA by the Association of Universities for Research in Astronomy, Inc., in Washington, D.C. 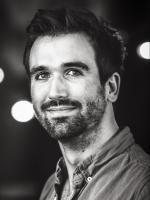 Over the past five years, de Wit, a Belgian national, formerly a graduate student in the Department of Earth, Atmospheric and Planetary Sciences at MIT, now a Postdoctoral Associate working in the Seager Group, has developed and applied innovative analysis techniques to map exoplanet atmospheres, study the radiative and tidal planet-star interactions in eccentric planetary systems, and constrain the atmospheric properties and mass of exoplanets solely from transmission spectroscopy.

In February 2017 de Wit was a member of the international team, led by University of Liège colleague Michaël Gillon, to announce the discovery of seven temperate Earth-sized planets orbiting TRAPPIST-1, a small, ultra-cool star just 40 light years from Earth.  TRAPPIST-1’s planets are among the strongest planetary candidates to date in scientists’ search for life outside our Solar System.

De Wit now plays a critical role in the TRAPPIST project initiated with Gillon, leading the atmospheric characterization of the newly discovered TRAPPIST-1 planets, for which he has already obtained startling results with the Hubble Space Telescope.  De Wit’s efforts are now also focused on establishing the SPECULOOS network of telescopes on Earth to continue the search for new potentially habitable TRAPPIST-1-like systems in the northern hemisphere.