Where Fresh is Cool in Bay of Bengal

Each summer, the South Asian monsoon transforms parts of India from semi-arid into lush green lands able to support farming. The annual infusion of rainfall and resulting runoff into the Ganges, Brahmaputra, and other rivers in the region also has a very different, but no less dramatic, impact on the Bay of Bengal in the northeast Indian Ocean.

Understanding how the ocean interacts with the atmosphere is particularly important in this region, where about 2.5 billion people depend on the monsoon for their water, food, and economic livelihood. Because of this dependency, the region also represents the largest population on Earth at risk of experiencing negative impacts of climate change.

A new study by researchers at the Woods Hole Oceanographic Institution (WHOI) found that a layer of fresh water on the surface of the bay formed by monsoon runoff prevents nutrients from reaching the ocean surface and can become colder than surrounding waters in winter, while still remaining relatively buoyant because it is less salty.

"When you look at satellite images of the region, you can see areas of cold sea-surface temperatures in winter," says Gualtiero Spiro Jaeger, a MIT-WHOI Joint Program graduate student and lead author of the paper that published online Feb. 28, 2018, in the journal Science Advances. "It looks like there's cold, nutrient-rich waters at the surface, but there actually isn't."

In most areas of the world ocean, seawater that gets cooled at the surface becomes heavier, sinks and mixes up nutrients from beneath. Mixing and upwelling bring cooler water to the surface along with nutrients for phytoplankton, which form the basis of the food chain.

In the Bay of Bengal, however, river runoff contributes to a thin layer of relatively fresher seawater that actually suppresses the mixing of deeper saltier waters and prevents nutrients from reaching the surface.

Jaeger says this means researchers need to be careful when they interpret satellite images of sea surface temperature from ocean regions that are heavily influenced by freshwater runoff and cooled by the atmosphere, because areas of cold surface temperatures do not indicate that upwelling is taking place.

"While this is unlikely to have wide-ranging implications for the monsoon or climate dynamics, it does influence the movement of the water and nutrients," Jaeger adds.

The research team collected the data used in the study during an Indian Ocean expedition in the winter of 2013. The work was done as part of the multi-year Air-Sea Interaction Regional Initiative, which focuses on advancing understanding of the monsoons and the interactions between the ocean and the atmosphere. The initiative is funded by the Ofﬁce of Naval Research and was conducted in collaboration with the Ministry of Earth Sciences in India.

"It's an international collaboration that has fostered ocean measurements in a region that was very under-sampled in the past," says coauthor Amala Mahadevan, a WHOI scientist who develops models of evolving oceanic processes. "Now, in collaboration with oceanographers from India, we're making high-resolution measurements with autonomous instruments and ship-based expeditions over several years."

The Woods Hole Oceanographic Institution is a private, non-profit organization on Cape Cod, Mass., dedicated to marine research, engineering, and higher education. Established in 1930 on a recommendation from the National Academy of Sciences, its primary mission is to understand the ocean and its interaction with the Earth as a whole, and to communicate a basic understanding of the ocean's role in the changing global environment. For more information, please visit www.whoi.edu. 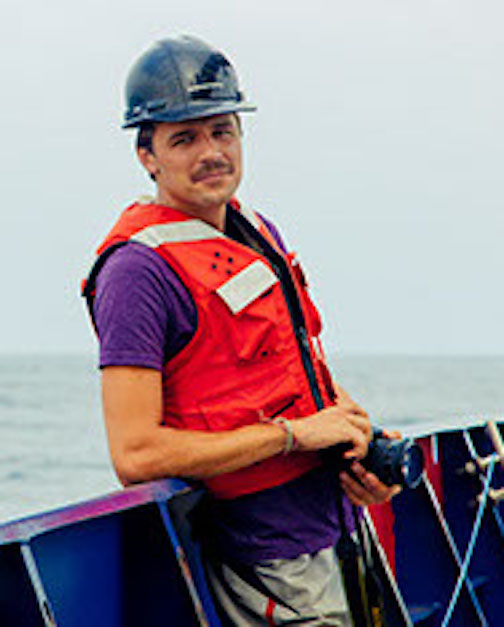 Currently a PhD candidate in the MIT-WHOI Joint Program, Gualtiero Spiro Jaeger studies the ocean and climate system. Research takes him to the Indian Ocean, with an international project investigating the ocean’s influence on monsoon rainfall.

Intrigued by the profound influence of the seas on society, he wants to improve managament of our marine and water wealth, to efficiently protect the beauty of the blue planet by sustainabily profiting from it's resources.

The MIT/WHOI Joint Program is considered one of the world's most prestigious graduate degree programs in marine science, bringing together the resources of two great institutions:  the Massachusetts Institute of Technology and the Woods Hole Oceanographic Institution.