What WiXII Wants: How Women at MIT are Working for Equality

Women at MIT have decided it’s time for a change.

The Department of Earth, Atmosphere, and Planetary Sciences (EAPS) has been a staple of the Massachusetts Institute of Technology since 1983. Its scientists have published thousands of papers in topics ranging from the solid earth 3,000 miles below our feet to exoplanets light years away. EAPS is recognized around the world for its excellence. In 2016, however, a visiting committee from the MIT Corporation found one area in which EAPS does not excel: gender equality.

Of the 39 tenure-track professors in EAPS, only 10 are women, yet women comprise 50% of the student body and a majority of the staff. Many students and visiting scientists have also expressed concern that the environment in EAPS can be hostile to newcomers, and to women in particular. Last year, several students and staff members in the department, myself included, decided that we would no longer accept this status quo, and formed a group known as WiXII.

WiXII (pronounced “wick-see”) stands for Women in course XII (12), the MIT department number for EAPS. We are dedicated to serving “as an active advocate for women’s and minorities’ rights in the Department,” a goal that we have worked toward by promoting visiting female scientists, spreading information about diversity in science, and hosting regular events designed to address issues of gender diversity in science. 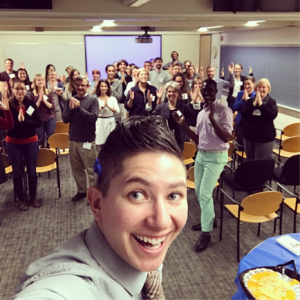 Speak About It’s Executive Director, Shane Diamond, with workshop attendees in the background.

In October 2016, WiXII hosted an Active Bystander Training with the non-profit organization Speak About It, in which members of the department learned how to respond to sexist comments and behavior in the workplace. Women in EAPS described their experiences, including being talked over in meetings, being designated the de facto secretary, or being accused of taking credit for someone else’s research. Unfortunately, their experiences are not unique. Members of the EAPS community at the training discussed these issues and learned techniques to combat them, such as making eye contact with the affected people to determine if they want help, and intervening with a question that exposes the implicit sexism. A post-event survey revealed that all attendees thought the event was useful, and 89% of them learned a specific skill for combating sexism. 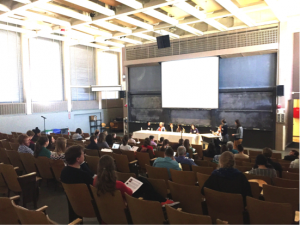 The Career Panel Discussion in a lecture hall at MIT.

In March 2017, WiXII hosted a career panel discussion and networking event with 10 women from academia, industry, and NGOs, who were invited to discuss questions ranging from what they most enjoy about their work to how they achieve a work-life balance.

WiXII doesn’t only host large events; once or twice a month, we lead a “Tiny Tea,” an informal discussion held over tea and pastries about thematic issues. Past discussion topics have included the theme of International Women’s Day 2017, “Be Bold for Change,” the results of the 2016 election, and how to encourage girls and young women to strive for “bravery, not perfection.” Tiny Teas are usually attended by equal numbers of men and women, which aligns with our belief that inclusion is an important key to combating sexism. 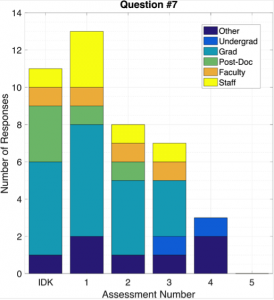 Despite the best efforts of the staff, students, postdocs, and faculty who are involved in WiXII, EAPS still has a long way to go to achieve gender equality. In a brief survey conducted among Tiny Tea attendees, 21 out of 42 people said that EAPS recruitment does not “present EAPS as a desirable place for women to work.” Survey responders also thought that female and male members of the department don’t receive equal amounts of constructive feedback, and women are poorly represented in the senior management of the department. Many survey responders, however, think that “gender issues are taken seriously and discussed openly by women and men in the EAPS Department,” which we take as good indication that WiXII is helping to open doors for discussion.

WiXII alone will not be able to achieve gender equality in EAPS. That will require the combined efforts of MIT, EAPS, WiXII, the administration, faculty, staff, students, and alumni. However, EAPS is now on the right track toward fully achieving excellence, and, in the words of the WiXII mission statement, “fostering an environment that respects and supports all members of the EAPS community… as they further their careers.” 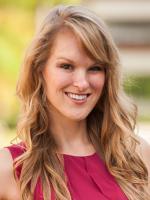 Suzi Clark is an EAPS Graduate Student and serves as Secretary for Women in Course 12 (WiXII). Her current research focuses on examining the role of groundwater head gradients, beach topography, and seasonal patterns of waves and tides to material fluxes associated with groundwater discharge. 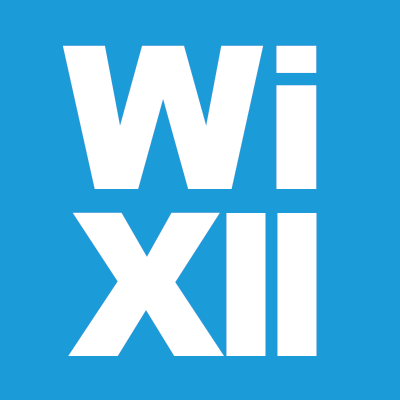 WiXII (Women in Course 12) is dedicated to fostering an environment that respects and supports all members of the EAPS community — including students, staff, faculty, and visitors of all genders, races, ages, sexualities, and abilities — as they further their careers. WiXII serves as an active advocate for women’s and minorities’ rights in the Department, maintaining a space for constructive conversations about equality in academia and the workplace, especially relating to gender and diversity. WiXII envisions a respectful, welcoming community that supports the retention and equal treatment of women in all roles in the scientific community and inspires role models for the diverse future generations entering STEM.