There, over 180 organizations contributed to more than 175 events and exhibits highlighting the ingenious work emanating from the greater Boston area. From this, an assemblage of 80 bright shipping containers stood out, displaying a collection of colorful painted murals animated by augmented reality (AR). Among those present was MIT, showcasing some of the pioneering research happening on campus as part of the “For a Better World” campaign. 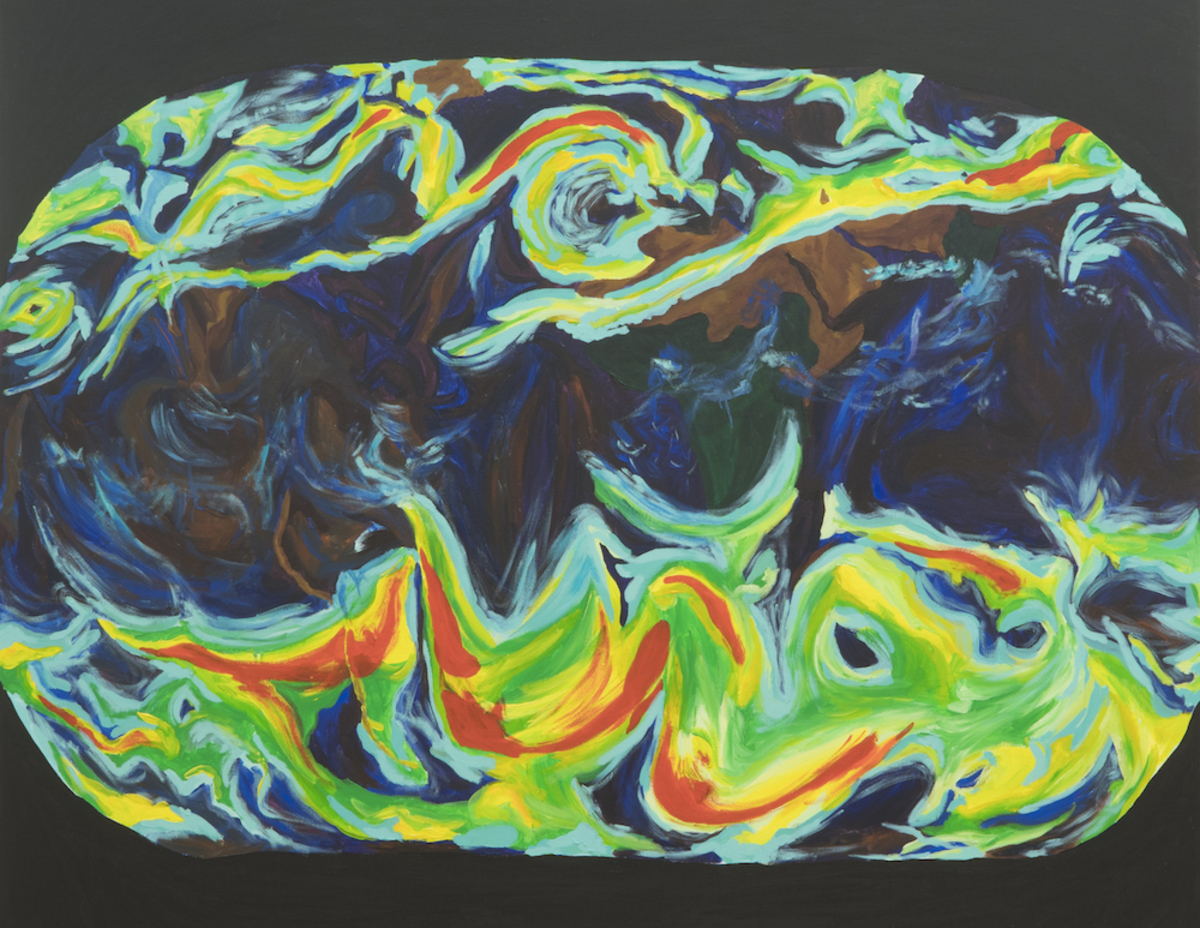 Using the crate as a backdrop, MIT graduate student Kasturi Shah painted a 6’ x 6’ mural, illustrating atmospheric winds circling around Earth, which sprung to life with the help of a cellphone AR app, Artivive. Hers was one of seven decorating the "For a Better World" space and inviting crowds to explore a sampling of MIT’s originality. When developing the design, Shah, a member of the Program in Atmospheres, Oceans and Climate (PAOC) in the Department of Earth, Atmospheric and Planetary Sciences (EAPS), didn’t have far to look for inspiration. “As the exhibit was to showcase MIT's research, what better place to start than my own department!” Shah says. “I thoroughly enjoy painting and…The first thing that came to my mind was a climate visualization, which would be engaging, interactive and educational.” 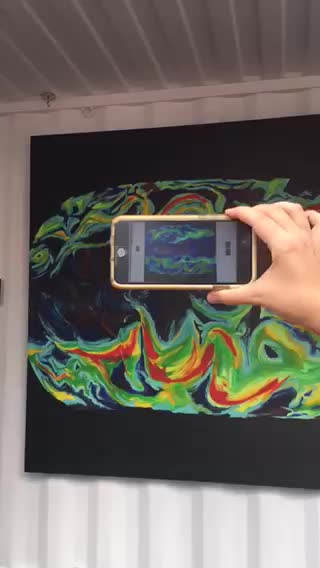 Armed with a vision, Shah turned to EAPS senior lecturer Lodovica Illari and professor of oceanography Glenn Flierl to make it a reality. “I knew I needed a visually striking image with a lot of color contrast and movement,” Shah says. “I’ve worked at a climate communication organization in the past, where I learned just how important and difficult it can be.” Upon consultation, the group decided that the vibrant display of observed wind and particle trajectories at different levels in the atmosphere from the Aerocene project would be informative as well as stimulating. The Aerocene project -- initially motivated by the work of Tomás Saraceno, a Visiting Artist at the MIT Center for Art, Science & Technology (CAST) in collaboration with EAPS -- strides to realize the potential of using solar balloons floating with the wind to measure atmospheric constituents, as well as bring awareness to issues of atmospheric science and climate change.

With an academic focus on climate physics and chemistry, Shah shares similar concerns and agreed that visuals from atmospheric research would enhance the audience’s experience. Given the mediums, the trio developed a detailed and lively mural design incorporating features of the atmosphere, and complementary animations of atmospheric particles being released over Boston and Rio de Janeiro and traveling with the jet stream for the AR, which proved to be a hit among exhibit attendees.

After its installation, Illari visited the creation and was struck not only by the beauty of the painting, but also by the AR’s effectiveness. “Visitors near me were intrigued by what they were seeing and were wondering if the particle trajectories in the overlaid movie were real,” Illari says. “I had the pleasure to tell them that they were, computed from the most recent forecast wind data. Everyone was astonished!”

Read more about HUBweek 2017 and see more photos from the exhibit.

Experience Shah's mural for yourself on the 16th floor of MIT Building 54 with the Artivive app!