Susan Solomon Honored for her Contributions to Atmospheric Science

Lee and Geraldine Martin Professor of Environmental Studies Susan Solomon to receive the Royal Society’s 2018 Bakerian Medal and give the Bakerian Lecture.

Among the winners of the UK Royal Society’s annual awards, announced today in London, was MIT professor of atmospheric chemistry Susan Solomon, who has been awarded the prestigious Bakerian Medal “for her outstanding contributions in atmospheric science, in particular to the understanding of polar ozone depletion.”

The Bakerian Lecture is a medal and prize lecture on a topic related to the physical sciences. The historic annual prize was started in 1775, when Henry Baker, a prominent 18th century British Naturalist, left £100 to establish a “spoken lecture given by a Fellow of the Royal Society on such part of natural history or experimental philosophy as the Society shall determine [to convey ] scientific interests and importance, and encourage sharing of knowledge with others.”

Solomon, who is a gifted writer and speaker, has been a leader in the fields of atmospheric chemistry and climate change for more than three decades. In 1986, Solomon proposed that novel chemistry was taking place and then used optical techniques to demonstrate that chlorine and bromine released by chlorofluorocarbon (CFC) gases were responsible for the ozone “hole” over Antarctica, which had been discovered just a year earlier. Those findings contributed to the establishment of the Montreal Protocol to reduce emissions of CFC gases beginning in 1987. Thirty years later, using observations and model calculations, it was again Solomon who last year led the first study to identify the earliest signs of the recovery of the Antarctic ozone layer, indicating the progress and effectiveness of those 1987 regulations.

Solomon joined MIT’s Department of Earth, Atmospheric and Planetary Sciences (EAPS) in 2011, after a long career working at the National Oceanic and Atmospheric Administration and now holds a joint appointment in MIT’s Department of Chemistry. Passionate about education, she played an active role in developing MIT’s Minor in Atmospheric Chemistry and the Minor in Environment and Sustainability. She was also founding director of the Environmental Solutions Initiative.

Solomon will deliver her Prize Lecture in London in the spring of 2018. In the meantime, she presents the Seventh Annual John H. Carlson Lecture “A Brief History of Environmental Successes,” at the New England Aquarium on October 26, 2017. 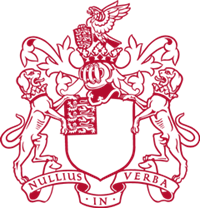 The Royal Society is the independent scientific academy of the UK and the Commonwealth, dedicated to promoting excellence in science.