Old rain, new data: past climate change in the Southeastern US

What is so important about 6,000-year-old rain?

If you want to know how much it will rain today, tomorrow, or next week, you can open a weather app, watch the news, or even check Twitter. Finding out how much it was raining in the past is a lot harder, though. You may be asking yourself why anyone cares about old rain and climate. Although ancient droughts, storms, and rain might seem irrelevant to our daily lives, modern extreme weather and climate can certainly make an impact.  Just last week (first landfall on August 25th), Hurricane Harvey made landfall on the Texas Gulf Coast as a Category 4 storm, meaning that the storm showed maximum sustained wind speeds of 130-156 mph (209-251 km/h). Category 4 hurricanes are classified as major hurricanes, with potential for “catastrophic damage,” by the National Hurricane Center. This devastation can include structural damage to buildings and total (or near-total) power loss in the impacted region. You can read more about the Saffir-Simpson hurricane wind scale, the storm categorization system used in the United States, here and here. 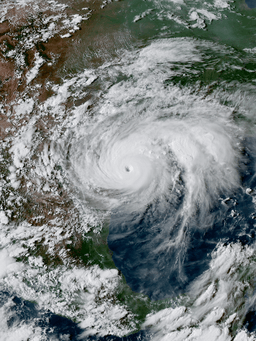 While wind is a major cause of hurricane-inflicted damage, rainfall during these storms is also an important and dangerous factor. Houston saw more than 50 inches (120 cm) of rainfall in a four-day period during Harvey, causing devastating flooding. As meteorologists work to better predict storms and the rain that comes with them, like Harvey, it is important for climate scientists to know about patterns of weather and climate in the past. Those past patterns can be used to make better computer models of future storms and rain. That is why we should care about 6,000-year-old rain and rocks! 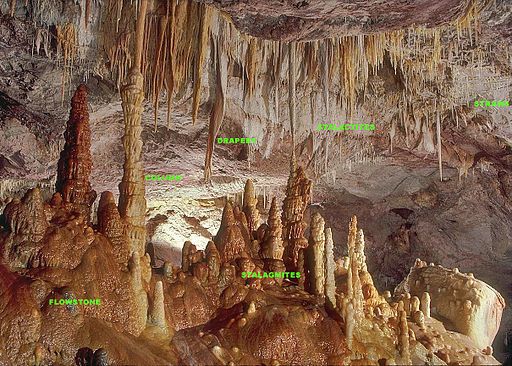 Image of a cave with types of rock deposits labeled. The scientists at the University of Alabama used a stalagmite like the ones shown to reconstruct past climate. By Dave Bunnell / Under Earth Images (Own work) [CC BY-SA 2.5 (http://creativecommons.org/licenses/by-sa/2.5)], via Wikimedia Commons

How can old rocks tell modern scientists about rain?

Databases of hurricanes and measurements like the Saffir-Simpson scale did not exist thousands of years ago, so scientists have to get a little bit creative to understand rainfall patterns in the past. One useful archive is records from cave rocks, called stalagmites. Stalagmites register the chemical signature of any water that dripped on them from the stalactites above, which can be used to estimate where that water came from, how much it rained, and when it happened. The most commonly used chemical signatures are ratios of oxygen isotopes, which change based upon both regional temperature and rainfall source and amount. To learn more about the oxygen isotope system, check out the information here and here. 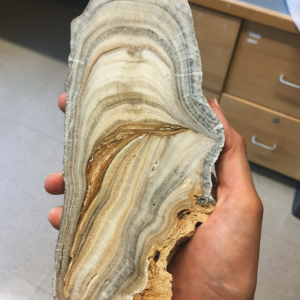 The dark, horizontal lines in this stalagmite sample (sawed in half lengthwise) are deposits of mud and dust from flood events in the cave. Deposits like this can be used to study hurricanes and storms in the ancient past. Image credit: Gabriela Serrato Marks

A new study by Aharon and Dhungana at the University of Alabama used an 80 cm long stalagmite from DeSoto Caverns in Alabama that began growing 6,000 years ago. The authors measured almost 2,000 samples of oxygen isotopes to find climate patterns during the growth period of the stalagmite. They found evidence of nine droughts that each lasted for a century, as well as a particularly severe drought 5,000 years ago that made the stalagmite stop growing. Growth stops when there is no drip “feeding” the stalagmite, so their result showing stalled growth means that the soil above the cave might have been so dry that the stalagmite’s drip shut down. The complete pause in growth lasted 100-300 years, which means that the severe drought lasted that long, too. The researchers also discovered a slow, 2˚C cooling trend across the entire growth period, which was also preserved in the oxygen isotope information. Their findings show that there have been past changes in temperature and precipitation patterns in the Alabama/Southeastern US region, including relatively severe droughts. Dry summers during droughts can be particularly impactful because of lower water in the soil during the plants’ growth season, so the century-long droughts in this record could have made big changes to the landscape in Alabama.

Other researchers use stalagmites to study individual ancient storm events, such as hurricanes[1]. One way to detect hurricanes in a cave is by finding layers of mud deposited within the stalagmite (see picture above). Flooding in a cave due to higher-than-normal rain typical of a hurricane can bring in thick mud and water, leaving a mark to be discovered later by scientists[1]. However, this method only works in caves that flood infrequently. Will researchers look back at a stalagmite in Texas in 100 years and see a clear sign of Hurricane Harvey? It is certainly possible, especially given potential improvements in technology and methods. Nonetheless, current methods can be used to understand past rainfall and better inform forecasts in the future. 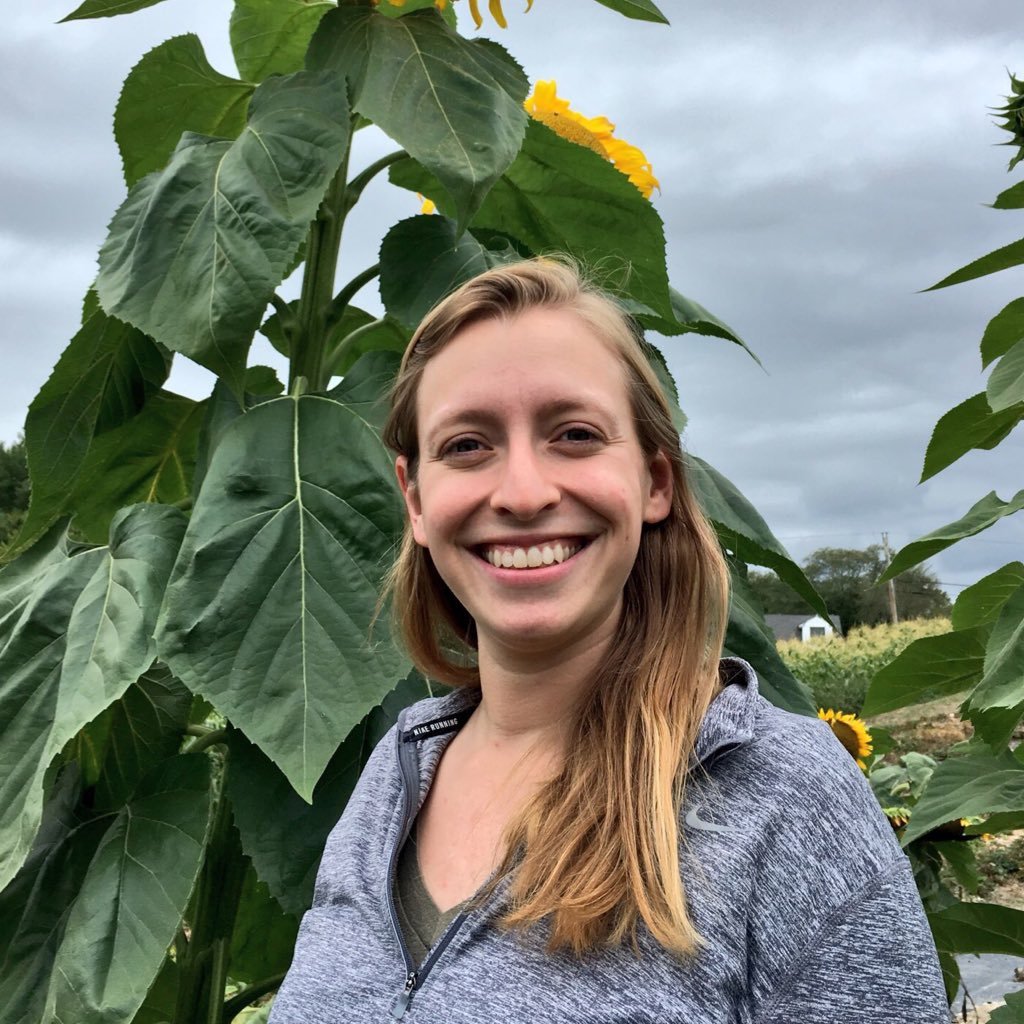 Gabi Serrato Marks is a PhD student in the MIT-WHOI Joint Program in Oceanography focusing on paleoclimate and geochronology in the McGee Lab at MIT. She primarily works with stalagmites from the Yucatan Peninsula. For her secondary project, she is working with Sara Seager's group on exoplanet climate.

Embrace Who You Are: One Latina Scientist’s Brave Journey in STEM SACNAS