The sun provides the illumination by which we see all the planets and minor bodies in our solar system. Therefore, it is no surprise that scientists in MIT’s Department of Earth, Atmospheric, and Planetary Sciences (EAPS) were intensely aware that on August 21, 2017 the sun was to be eclipsed by the moon.

EAPS was host to a hugely successful public eclipse-viewing event on the MIT Campus, Kresge Oval. For this partial eclipse (maximum of 63% of the sun was covered by the moon), a variety of viewing options were available: two specially-filtered telescopes, a solar projection device, opportunities to make pinhole projections viewers (or use one of several colanders being passed around).

The most numerous option were the solar eclipse glasses. These glasses are made of special material designed to filter almost all (99.999%) of visible light, and 100% of UV light. MIT had several hundred pairs of eclipse glasses on hand for this event. Senior Administrative Assistant Roberta Allard noted: “Because the glasses needed to be shared, people were talking to each other and it made for a special day at MIT.” 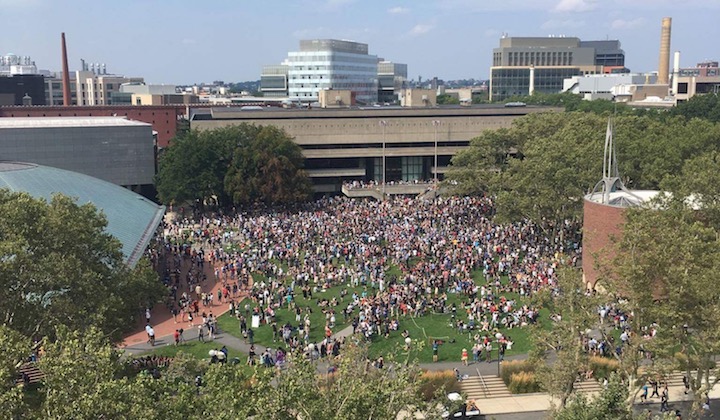 The eclipse crowd at Kresge Oval, as seen from McCormick Hall. Photo by Maude Gull. 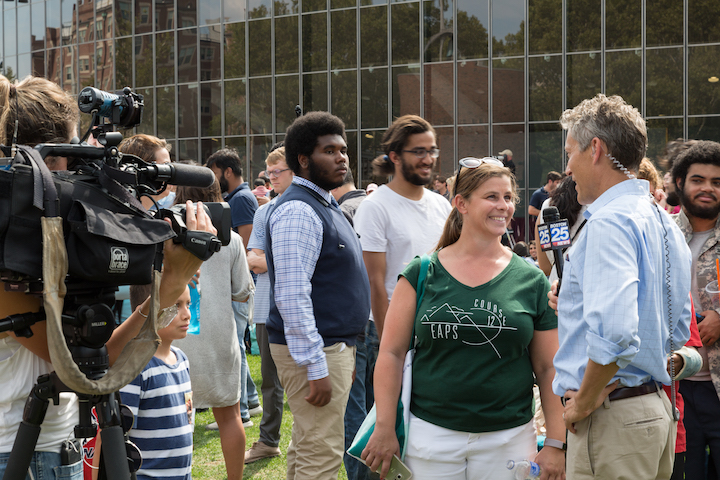 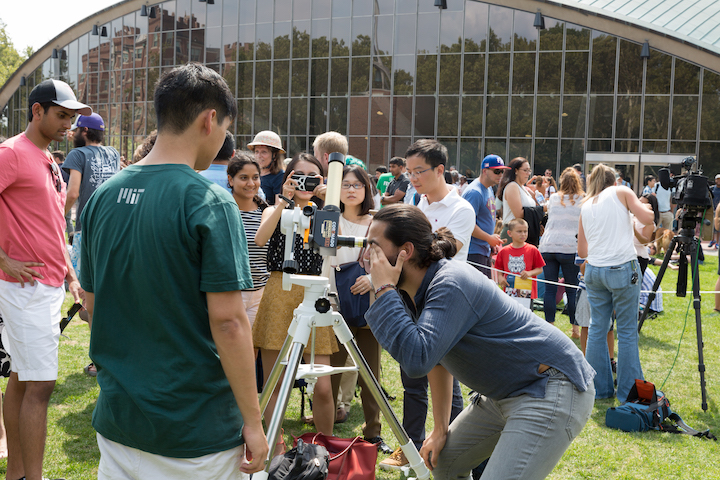 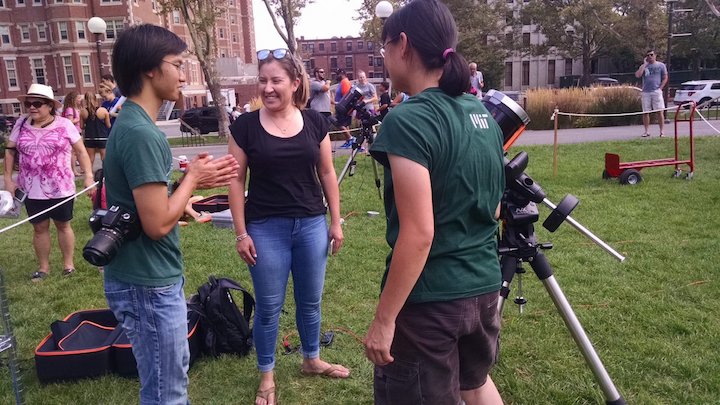 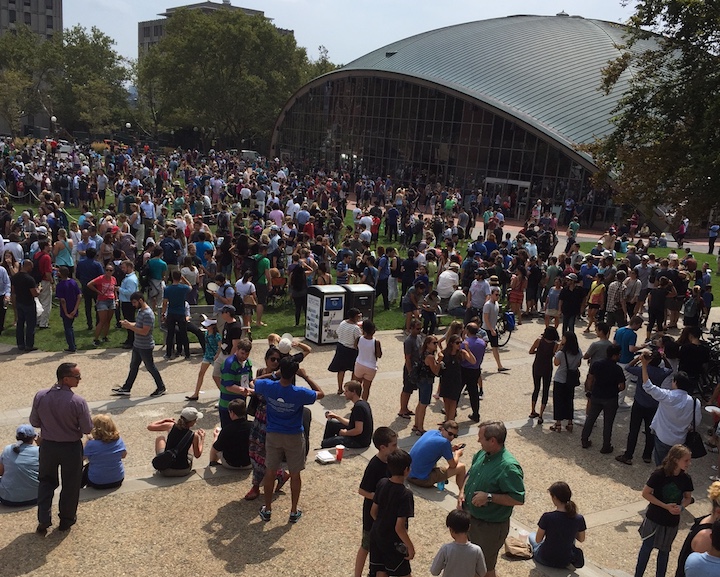 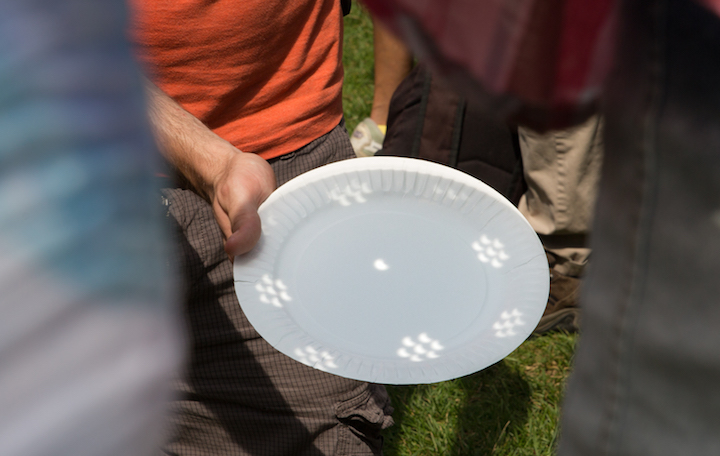 Eclipsed suns, projected through holes in a colander. Photo by Ron Hoffman.

Preparations for the on-campus viewing began months ago. Realizing that an eclipse would be a popular event, a group of volunteers within and outside EAPS began putting together plans for this event. Megan Jordan, Roberta Allard, Hosea Siu, and a team of more than 20 community volunteers from the observe@MIT group were critical to making this event work well for all of MIT and for the greater Boston community. Volunteers arrived early to set up telescopes, they handed out eclipse glasses, talked with visitors, and joined in admiring the alignment of Sun, Moon, and Earth that resulted in a partial eclipse in Cambridge.

From Coast to Coast: EAPS Views the 2017 Solar Eclipse 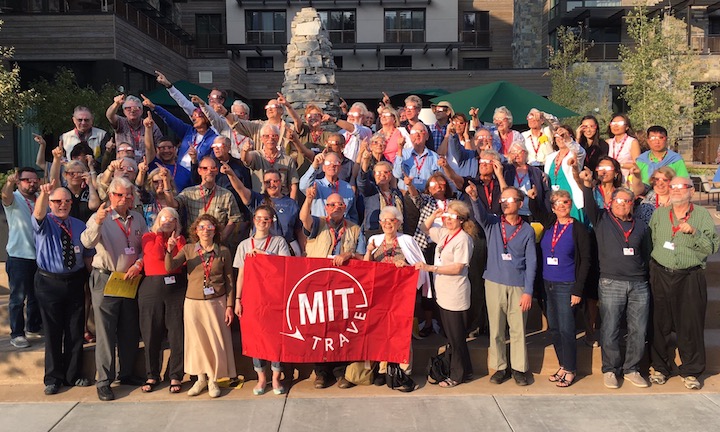 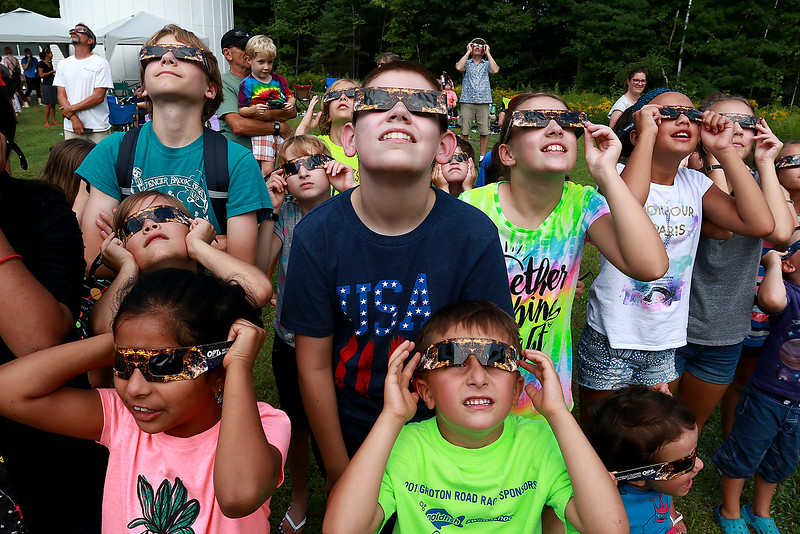 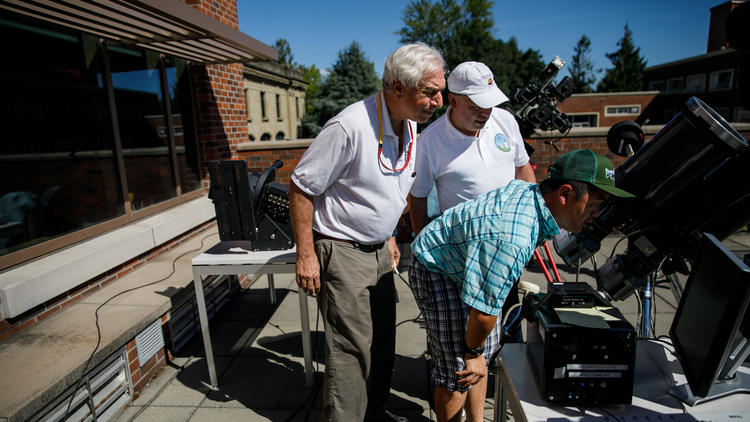 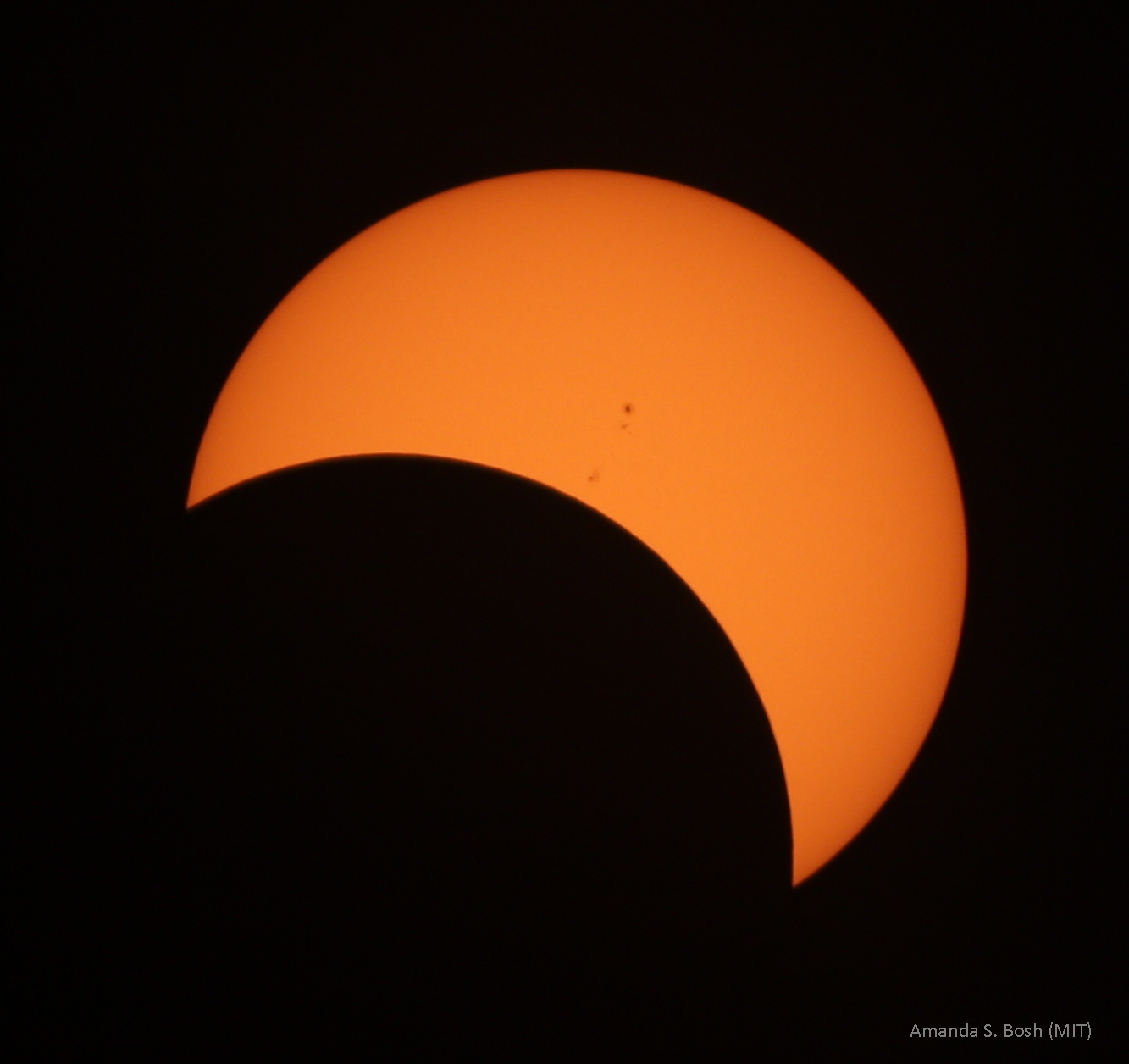 Senior Lecturer Dr. Amanda Bosh viewed the eclipse in the path of totality in Salem, OR. Image: Amanda Bosh

Share your Solar Eclipse 2017 photos with EAPS: UPLOAD HERE (after review, appropriate images will be added to the EAPS flickr stream)