A 50-year dry spell has reversed, with more rain to come.

An MIT study published today in Nature Climate Change finds that the Indian summer monsoons, which bring rainfall to the country each year between June and September, have strengthened in the last 15 years over north central India.

This heightened monsoon activity has reversed a 50-year drying period during which the monsoon season brought relatively little rain to northern and central India. Since 2002, the researchers have found, this drying trend has given way to a much wetter pattern, with stronger monsoons supplying much-needed rain, along with powerful, damaging floods, to the populous north central region of India.

A shift in India’s land and sea temperatures may partially explain this increase in monsoon rainfall. The researchers note that starting in 2002, nearly the entire Indian subcontinent has experienced very strong warming, reaching between 0.1 and 1 degree Celsius per year. Meanwhile, a rise in temperatures over the Indian Ocean has slowed significantly.

Chien Wang, a senior research scientist in MIT’s Department of Earth, Atmospheric and Planetary Sciences, the Center for Global Change Science, and the Joint Program for the Science and Policy of Global Change, says this sharp gradient in temperatures — high over land, and low over surrounding waters — is a perfect recipe for whipping up stronger monsoons.

“Climatologically, India went through a sudden, drastic warming, while the Indian Ocean, which used to be warm, all of a sudden slowed its warming,” Wang says. “This may have been from a combination of natural variability and anthropogenic influences, and we’re still trying to get to the bottom of the physical processes that caused this reversal.”

Wang’s co-author is Qinjian Jin, a postdoc in the Joint Program for the Science and Policy of Global Change.

A theory drying up

The Indian monsoon phenomenon is the longest recorded monsoon system in meteorology. Measurements of its rainfall date back to the late 18th century, when British colonists established the country’s first weather observatories to record the seasonal phenomenon. Since then, the Indian government has set up several thousand rain gauges across the country to record precipitation levels during the monsoon season, which can bring little or no rain to some areas while deluging other parts of the country.

From these yearly measurements, scientists had observed that, since the 1950s, the Indian monsoons were bringing less rain to north central India — a drying period that didn’t seem to let up, compared to a similar monsoon system over Africa and East Asia, which appeared to reverse its drying trend in the 1980s.

“There’s this idea in people’s minds that India is going to dry up,” Wang says. “The Indian monsoon season is undergoing a longer drying than all other systems, and this created a hypothesis that, since India is heavily polluted by manmade aerosols and is also heavily deforested, these may be factors that cause this drying. Modeling studies also projected that this drying would continue to this century.”

However, Wang and Jin found that India has already begun to reverse its dry spell. The team tracked India’s average daily monsoon rainfall from 1950 to the present day, using six global precipitation datasets, each of which aggregate measurements from the thousands of rain gauges in India, as well as measurements of rainfall and temperature from satellites monitoring land and sea surfaces.

“The Indian monsoon is considered a textbook, clearly defined phenomenon, and we think we know a lot about it, but we don’t,” Wang says. “Here, we identify a phenomenon that was mostly overlooked.”

The researchers did note a brief drying period during the 2015 monsoon season that caused widespread droughts throughout the subcontinent. They attribute this blip in the trend to a severe El Niño season, where ocean temperatures temporarily rise, causing a shift in atmospheric circulation, leading to decreased rainfall in India and elsewhere.

“But even counting that dry year, the long-term [wetting] trend is still pretty steady,” Wang says.

The team believes the current strong monsoon trend is a result of higher land temperatures in combination with lower ocean temperatures. While it’s unclear what is causing India to heat up while its oceans cool down, the researchers have some guesses.

For example, Wang says ocean cooling could be a result of the natural ebb and flow of long-term sea temperatures. India’s land warming on the other hand, could trace back to reduced cloud cover, particularly at low altitudes. Normally, clouds act to reflect incoming sunlight. But Wang and others have observed that in recent years, India has experienced a reduction in low clouds, perhaps in response to an increase in anthropogenic aerosols such as black carbon or soot, which can simultaneously absorb and heat the surrounding air, and prevent clouds from forming.

“But these aerosols have been around even during the drying period, so there must be something else at work,” Wang says. “This raises a lot more questions than answers, and that’s why we’re so excited to figure this out.”

This research was supported, in part, by the National Science Foundation, the National Research Foundation of Singapore, and the Singapore-MIT Alliance for Research and Technology (SMART) center.

Story Image: “The Indian monsoon is considered a textbook, clearly defined phenomenon, and we think we know a lot about it, but we don’t,” says Senior Research Scientist Chien Wang. An image from Varanasi, India, shows flooding in 2011. 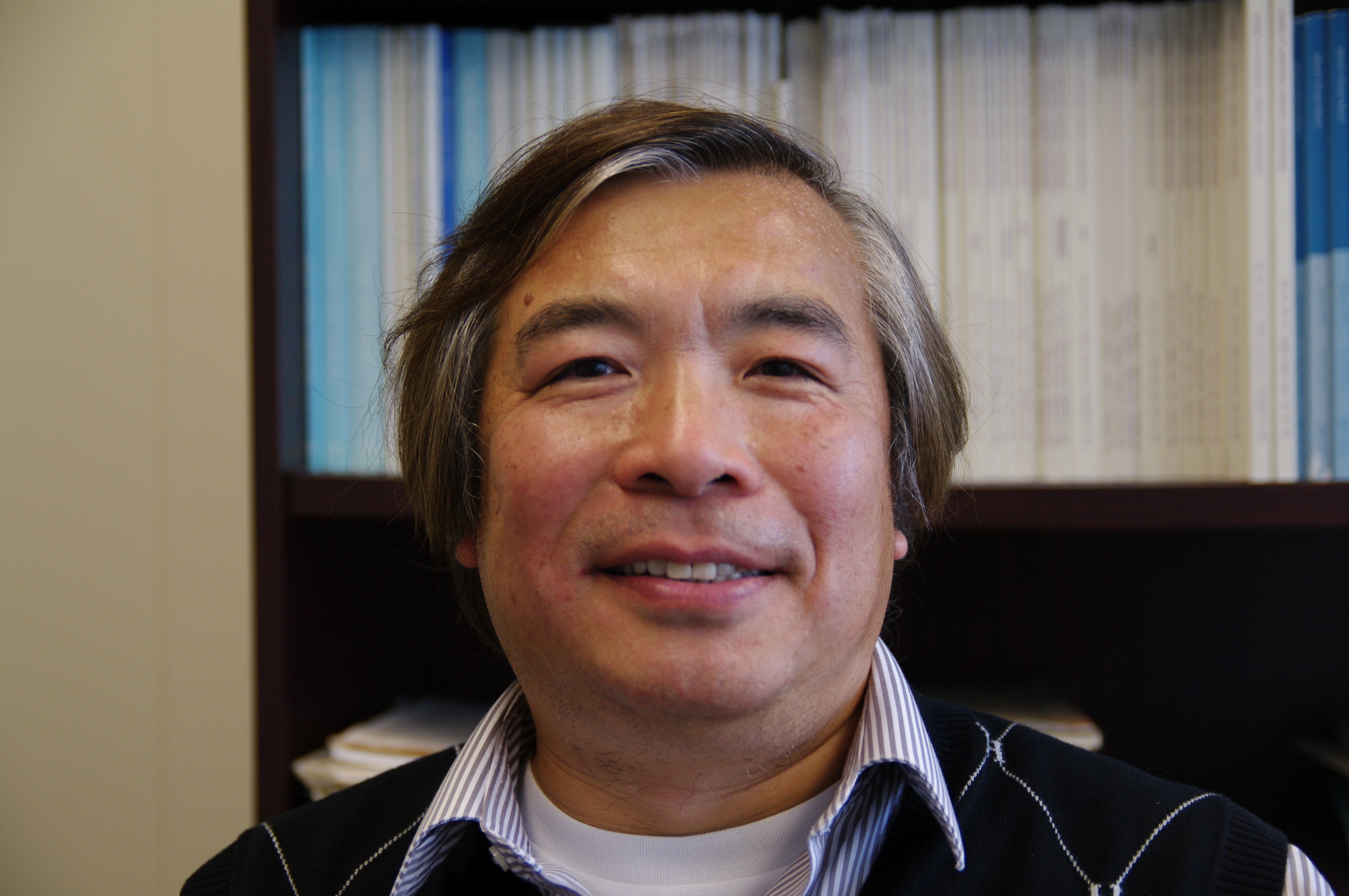 Chien Wang is a Senior Research Scientist of Atmospheric Chemistry of the Center for Global Change Science in the Department of Earth, Atmospheric, and Planetary Sciences. His research interests include atmospheric aerosols and clouds, tropospheric chemistry, and the roles of aerosol-cloud interaction in atmospheric chemistry, precipitation, and climate dynamics. He is also interested in examining the climate impacts of anthropogenic activities that alter atmospheric compositions or change the Earth’s surface properties or energy budget.