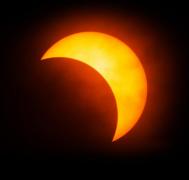 They came in droves to witness the moon blocking the sun.

On Aug. 21 at MIT's campus in Cambridge, Massachusetts; at the MIT Wallace Observatory; and in eastern Idaho, members of the MIT community, and the public at large, gathered to watch what was hailed by many as the Great American Solar Eclipse — a solar eclipse that could be seeen across North America.

The MIT Department of Earth, Atmospheric and Planetary Sciences (EAPS) hosted the main event on campus, at the Kresge Oval. Armed with solar glasses and viewing devices ranging from a pair of specially filtered telescopes to paper plates, colanders, and pinhole cameras, organizers enthusiastically greeted several thousand attendees who showed up to view the partial eclipse. Megan Jordan, EAPS academic administrator, said that the 300 pairs of solar glasses on hand were shared by attendees, whose presence far exceeded the expected turnout. The event, organized by senior lecturer Amanda Bosh and others in EAPS, was well staffed with volunteers, postdocs, and students, as well as individuals in the observe@MIT stargazing group.

In Westford, Massachusetts, the MIT Wallace Astrophysical Observatory and MIT Haystack Observatory co-hosted another lively eclipse party for nearly 200 people on the Wallace grounds — the largest public event ever at the observatory. Despite months of hype and excitement, the partial eclipse did not disappoint here, either. Families gathered on the lawn from as far away as Virgina to see what looked like a bite taken out of the sun. Cool temperatures and a dimmed sky during the height of the obscurement were clearly noticable, even though the moon covered just over 60 percent of the sun's surface.

Several families built and transported carboard viewers larger than the children using them to safely watch the sun. MIT Wallace site manager Tim Brothers set up a telescope filtered for safe viewing, and the line of people waiting to look through it at the eclipse stretched through the grounds during the entire eclipse party. Brothers also set up a live feed from another telescope, this one equipped with an H-alpha filter that narrows the visible spectrum to view details in the sun's chromosphere layer, as well as a live data feed from the ionospheric radar experiment at MIT Haystack next door. 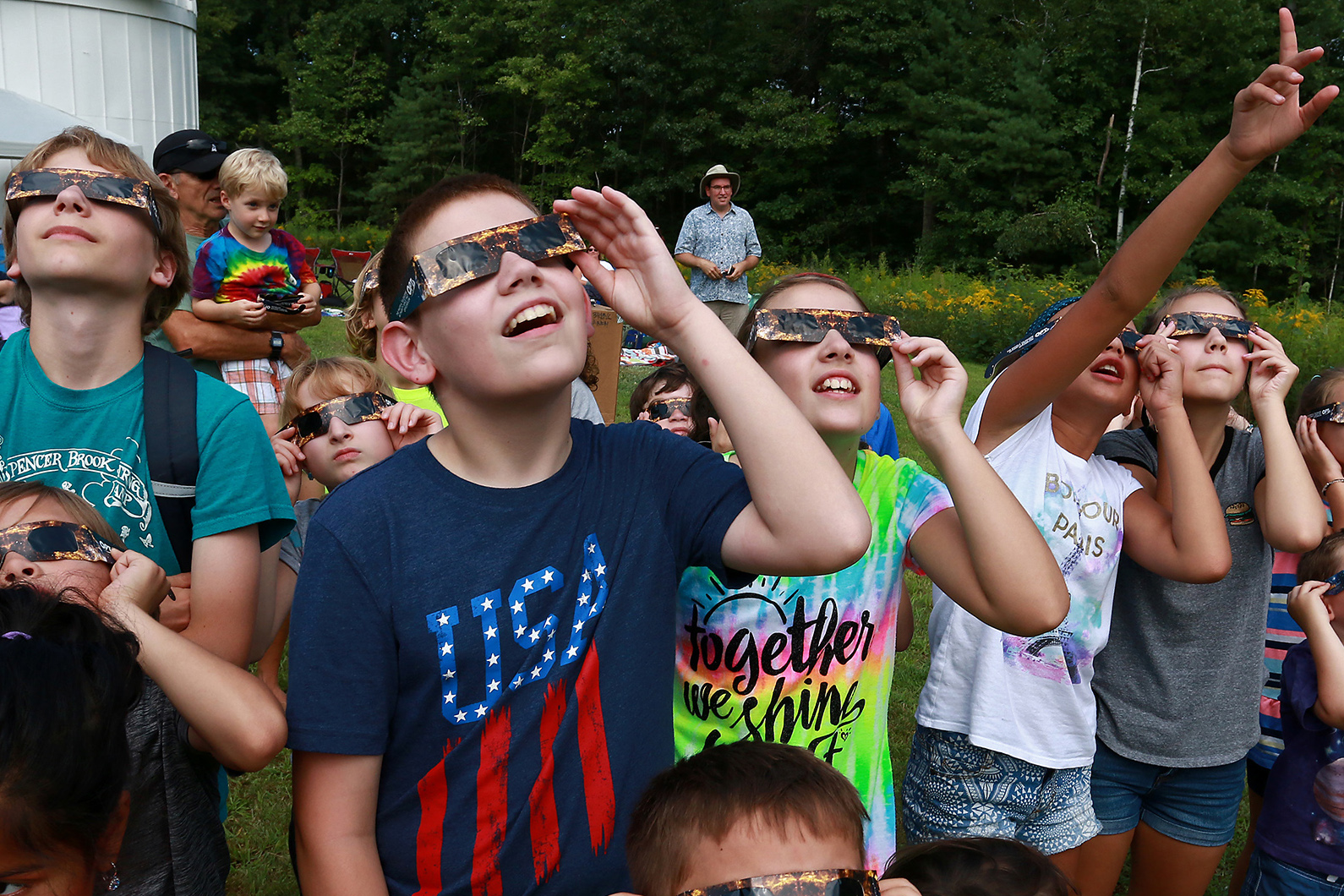 Further afield, some 50 MIT alumni and family members traveled together with EAPS Professor Rick Binzel to Rexburg, Idaho, to experience the solar eclipse within the region of totality — a narrow band across the U.S. where the moon completely blocked out the sun. The location was chosen based on extensive research by Binzel to determine a spot most likely to have favorable weather and clear skies. The MIT group got up early to avoid expected traffic and spent the eclipse on Brigham Young University's Idaho campus. The group, carrying MIT flags and a variety of safe viewing devices, enjoyed the spectacle after hearing expert lectures from Binzel on the science of the eclipse. 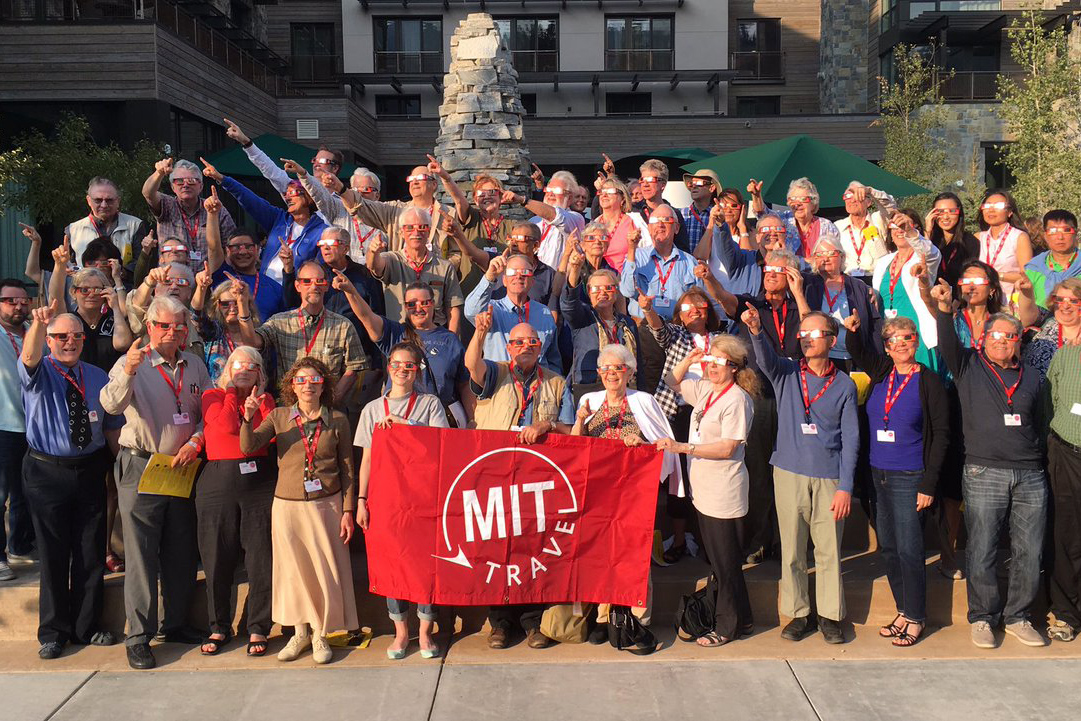 A large MIT group traveled to Idaho for a perfect view in the path of totality. Photo: Jay London/MIT Alumni Association

Preparations are already underway for the next total solar eclipse across the United States in 2024, for which the path of totality will stretch from Texas to Maine.