Since Captain James Cook’s discovery in the 1770s that water encompassed the Earth’s southern latitudes, oceanographers have been studying the Southern Ocean, its physics, and how it interacts with global water circulation and the climate.

Through observations and modeling, scientists have long known that large, deep currents in the Pacific, Atlantic and Indian oceans flow southward, converging on Antarctica. After entering the Southern Ocean they overturn — bringing water up from the deeper ocean — before moving back northward at the surface. This overturning completes the global circulation loop, which is important for the oceanic uptake of carbon and heat, the resupply of nutrients for use in biological production, as well as the understanding of how ice shelves melt.

Yet the three-dimensional structure of the pathways that these water particles take to reach the Southern Ocean’s surface mixed layer and their associated timescales was poorly understood until recently. Now researchers have found that deep, relatively-warm water from the three ocean basins enters the Southern Ocean and spirals southeastwards and upwards around Antarctica before reaching the ocean’s mixed layer, where it interacts with the atmosphere.

The research team includes scientists from MIT, the Scripps Institution of Oceanography, Princeton University, the Geophysical Fluid Dynamics Laboratory, the Los Alamos National Laboratory, the University of Washington, and NASA's Jet Propulsion Laboratory. The study, published in the journal Nature Communications, also reveals that strong eddies, caused by topographical interactions at five locations within the current circling Antarctica, play a major role in this upwelling process. The researchers were additionally able to determine how much water from each ocean basin made it up what they call this “spiral staircase,” and believe this journey happens much quicker than previous estimates suggest.

In the Southern Ocean, strong ocean-atmosphere interactions and eddies largely drive upwelling, researchers have found. Westerly winds circling Antarctica blow cold, carbon-dioxide-rich surface water northward from the continent across the Antarctic Circumpolar Current (ACC). The ACC flows around the northern edge of the Southern Ocean and is not only the world’s strongest current, but also the only major current that circles the globe unimpeded by continents. Much of the cold water is from ice melt, caused by warmer, nutrient-rich waters entering the ACC at depth and gradually upwelling from about 1,000-3,000 meters deep.

Observations of Southern Ocean temperature and salinity provided clues to the structure of this overturning, but it wasn’t until recently that computer models were sophisticated enough to run realistic simulations, allowing researchers to investigate if and how upwelling varies in three-dimensional space and what controls the upwelling structure. To explore these questions, the researchers used three atmosphere-ocean models, capable of capturing critical features of oceanic circulation that occur at small scales. They then followed virtual water particles from where they entered the Southern Ocean around 30 South and between 1,000 and 3,000 meters deep to where they crossed the mixed layer boundary, which was considered to be 200 meters deep. The conditions used in the climate models experiments were fairly consistent with those of the year 2000; these were then run for 200 years in this perpetual state. During this time virtual water particles were released in the models.

“We tracked millions of these particles as they’re upwelling. Then we mapped out their pathways, and we can determine … and separate the volume transport — how much water is being moved — by these currents. So, we’re able to compare how important these different regional pathways are,” says co-author Henri Drake, a graduate student in MIT’s Department of Earth, Atmospheric and Planetary Sciences (EAPS), and member of the Program in Atmospheres, Oceans and Climate. They also noted the time it took the particles to reach the mixed layer as well as locations of enhanced upwelling.

Their analysis revealed that the water parcels tended to flow southward, primarily along western and eastern boundary currents in the Atlantic, Indian, and Pacific oceans, where they entered the ACC tracking with density surfaces. Interactions of the ACC and eddies around underwater terrain also played an important role in the upwelling process.

“In the deep ocean, water parcels follow density surfaces … which start really deep out where we release the particles and then get shallower as you go south,” Drake says. “So if you have a particle traveling south along the same density surface, it’s going to get higher in the water column, until eventually the density surface intersects with the mixed layer.”

Additionally, five major topographic locations in the ACC — the Southwest Indian Ridge, the Kerguelen Plateau, the Macquarie Ridge, the Pacific-Antarctic Ridge, and the Drake Passage — created areas of turbulence and high kinetic energy, which helped to upwell the majority of the water.

“Eddies are basically these vortices in the Southern Ocean that are really important for transporting waters,” says Drake. “If you don’t have any eddies, the water would probably go around Antarctica and come back at the same latitude. But with eddies, when the particles are traveling in these streamlines, they’re going to get to a place of high eddy kinetic energy and surge south and up to the next streamline.”

Researchers also found that half of the water that reached the mixed layer originated from the Atlantic Ocean, while the Indian and Pacific oceans each contributed approximately a fourth. The majority of these waters crossed this threshold after 28-81 years. In the highest resolution model, this timescale is as much as 10 times faster than previous estimates produced by non-eddying models, which were closer to 150-250 years. This demonstrates that upwelling rates could be critical for Antarctic ice melt with relation to future climate change, says Adele Morrison, a co-author at Australian National University who contributed to the work while at Princeton University. The models largely agreed, showing the robustness of the result, she says.

“Scientifically, this is significant, because for a long time we have thought of the upwelling as being primarily driven by the winds, which are pretty much uniform around the Southern Ocean,” says Morrison. “But here we have shown that the structure of the upwelling is really controlled by the under-sea topography and the eddy field.”

John Marshall, the Cecil and Ida Green Professor of Oceanography in EAPS, who was not part of the study, says the reseach confirms that upwelling in the Southern Ocean “is mediated by eddies, but it emphasizes how important eddies are and how localized some of the eddy activity is — so it makes it hard to represent in models that don’t have any eddies.”

“I think the communication timescales might be a bit faster than we thought they were between the interior and the surface,” Marshall says.

The group plans to continue the work, investigating ocean-atmosphere interfaces, water particle trajectories, and the propagation of climate change signals from deep water formation in the Northern Atlantic to the Southern Ocean.

Story Image: This model illustrates the three-dimensional upward spiral of North Atlantic deep water through the Southern Ocean. (Photo: courtesy of the authors) 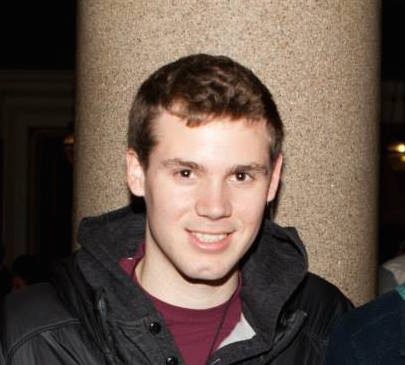 Henri Drake is a graduate student working with Raffaele Ferrari in the MIT-WHOI Joint Program in Physical Oceanography. The goal of his research is to understand the meridional overturning circulation and its role in controlling global climate. He is interested in both the dynamics of the wind-driven upwelling of the upper ocean and the mixing-driven upwelling of the abyssal ocean as well as how the overturning circulation controls fluxes of heat, carbon, and nutrients between the deep ocean and the surface, with implications for past, present, and future climates.

Deep water upwelling pathways from the Atlantic Ocean. Cumulative modeled (CM2.6) particle pathways for the first 50 years of the experiment from the Atlantic Ocean, with particles released in the depth range 1000‐3500 m along 30°S. At each timestep, colored boxes mark 1° latitude x 1° longitude x 100 m depth grid boxes visited by more than 2.25 % of the total upwelling particle‐transport from release at 30°S to the current timestep. Boxes are colored by depth.

A climate window in the Southern Ocean MIT News

Southern Ocean cooling in a warming world Oceans at MIT