The award is given for innovative experimental design, care in data collection, and sensitive application of results to research problems.

Read this story at Climate@MIT

At the end of each academic year, MIT’s Department of Earth, Atmospheric and Planetary Sciences (EAPS) rounds out a day of undergraduate thesis presentations with a Student Recognition Reception, acknowledging students who have excelled in research, teaching, and performance in the classroom. Among the departmental awards presented at the dinner was the Christopher Goetze Prize for Undergraduate Research, for innovative experimental design, care in data collection, and sensitive application of results to research problems. Costa D. Christopoulos ’17, who worked under the supervision of Dan Cziczo in the EAPS Program in Atmospheres, Ocean and Climate (PAOC), accepted the award for his undergraduate thesis work on “A Machine-Learning Approach to Aerosol Classification for Single-Particle Mass Spectrometry.”

Professor of Planetary Sciences and Margaret MacVicar Faculty Fellow Richard Binzel presented the award to graduating Bachelor of Science senior Costa D. Christopoulos, who took the prize for his senior thesis project research. As a double major in EAPS and Physics, Christopoulos was looking to blend his interests in computer science and machine learning with the rigor behind particle physics and meteorological application, and the multidisciplinary approach in EAPS allowed him to pursue that. “I had these seemingly unaligned and unrelated topics that I was interested in…but EAPS coursework always brought them together, especially the physics and the meteorology,” Christopoulos said. “That was exciting… I really got an opportunity to see the atmosphere through all of these different lenses—through the lens of a physicist, a chemist, a computer scientist, a policy expert. If one way of explaining something didn’t work, there was always another way to wrap your mind around it.”

Christopoulos’ thesis, which grew out of Undergraduate Research Opportunity Program (UROP) projects with associate professor of atmospheric science Dan Cziczo’s group beginning freshman year, applied computer science and machine learning to aerosol research, with a goal of classifying aerosols from mass spectrometer data. The Cziczo group concentrates on the study of this particulate matter and its relationship to cloud formation, with an emphasis on ice clouds and the chemical composition of atmospheric aerosols that may cause them to nucleate.

With guidance from Cziczo, Christopoulos used machine learning algorithms to automatically build a model that classifies aerosol particles on the basis of chemistry and morphology. The method allowed for both a broad classification of aerosols into categories including biologicals and fertile soils, as well as into 21 finer categories. To do this, Christopoulos used spectral datasets from single-particle mass spectrometry (SPMS) analyses of atmospheric and laboratory aerosols. This technique, called particle analysis by laser mass spectrometry (PALMS), can produce both in situ and real-time computational analysis at the single particle level.

Christopoulos built a predictive model from a training set and applied a random forest model to both identify important features and differentiate particles in “blind” sets. “The game we’re playing is trying to distinguish these different aerosols in this space,” Christopoulos said during his thesis presentation. “And what makes this difficult is that aerosols can become internally mixed at the single particle level, so they can hold components [chemical signatures] of two different aerosols, so it’s hard to classify it as either one of these classes.” The group aimed to develop an automated model that could be used for generalized aerosol data sets.

In the past, clustering methods have been used to group aerosols into broad categories based on similarity of their mass spectra. While these models do a fairly good job, they do not take into account known aerosol “labels” obtained from lab data, and the classification results are therefore less robust. Additionally, traditional machine learning techniques depend on specific higher-valued variables for classification; in contrast, Christopoulos demonstrated that a more general and flexible framework for identifying aerosols produced more accurate categorizations of ice nucleating aerosols overall.

“Classifying aerosols is a fundamental problem in the lab because they look alike. Although there are different methods, this general approach automates a lot of the process by making use of machine learning,” Christopoulos remarked.

Christopoulos’ thesis advisor and Associate Professor of atmospheric chemistry Dan Cziczo praised the creativity with which Christopoulos developed and applied his computer science knowledge to the study of aerosols. “In the past we’ve used simple algorithms that separate [particles] based on mass peaks (if they are present or absent). Costa brought his knowledge of machine learning - something we weren’t otherwise doing - to essentially have the computer tell us how best to separate particles,” Cziczo said. “Unlike scientists, the computer doesn’t have biases and simply separates in the most effective way. Costa then used this to help us figure out what was in a “blind” mixture of particles, something we use to test different instruments to see if they are working properly.” Christopoulos went on to present this work at a workshop in Colorado and a conference in Boston, and Cziczo hopes to submit it for publication soon.

In addition to his atmospheric chemistry research, Christopoulos has participated in several EAPS groups and events including UROPs, the Weather and Climate Club, and forecasting for the annual Head of the Charles race, the campus hip-hop dance troupe, and a MIT First Generation Program board member.

While Christopoulos is graduating, he plans on bringing along the research knowledge he gained and applied at MIT to the pursuit of a PhD in atmospheric science or climate science, particularly in modeling in the future. And the Cziczo group will not soon forget Christopoulos or his contributions in the lab, with plans to utilize his classification method for future work. “He has always been a pleasure to work with and has gone out of his way to help us understand how machine learning works, something that he will leave us as a technique we can use—call it his legacy to the group!”

During his UROP periods, Christopoulos received funding from two special UROP funds established by MIT alumni who recognize the value of the UROP experience in EAPS: the David P. Bacon (1977) Fund, and the John S. (1983) and MaryAnn Montrym Fund. 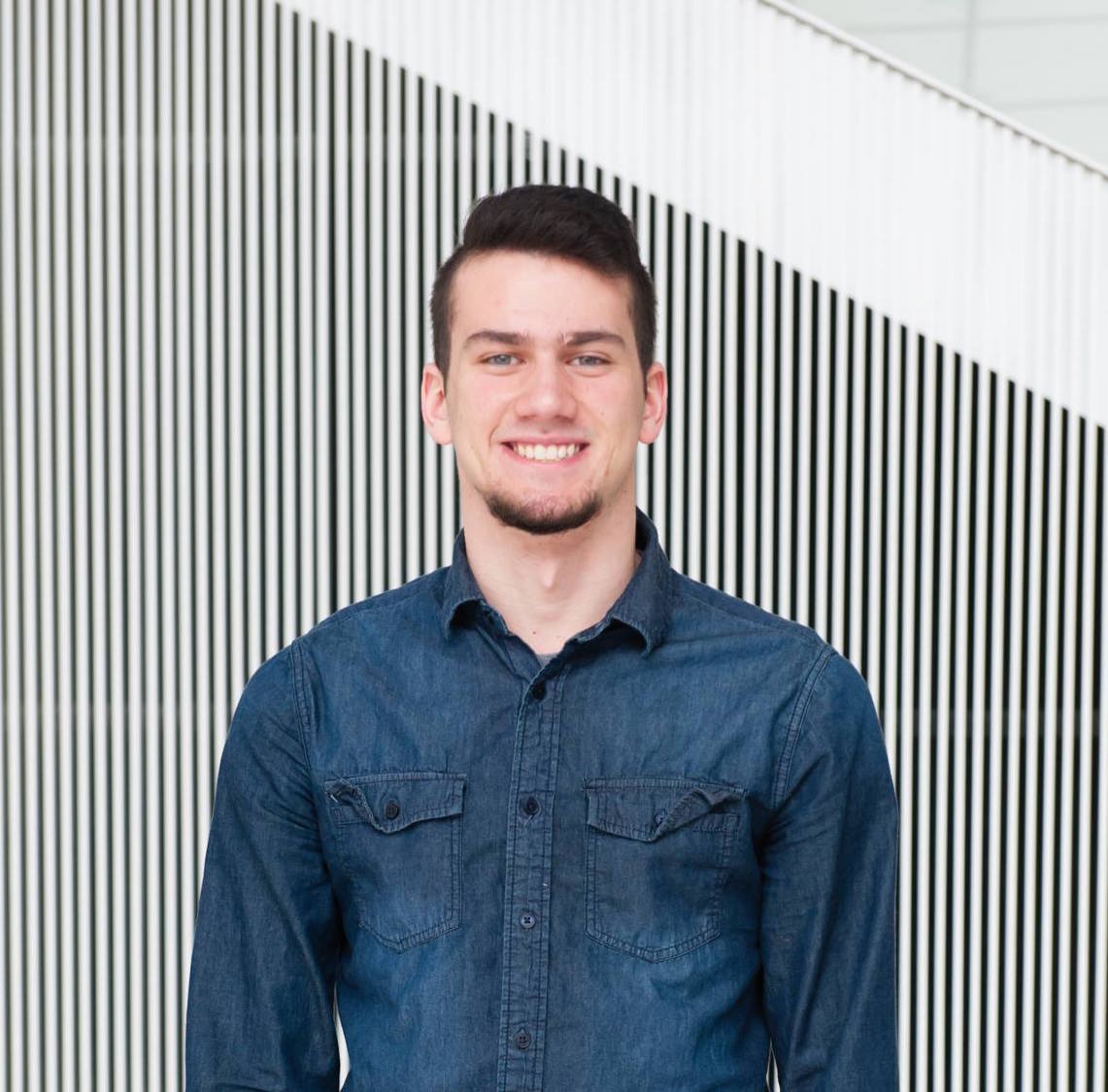 In addition to atmospheric chemistry research, Costa Christopoulos has participated in multiple Course 12 activities including the Weather and Climate Club. He provided local forecasting expertise for the 2014, 2015 and 2016 Head of the Charles races. He was also a teaching assistant for DEAPS Extreme Weather and Climate. Besides the Goetze Prize, Christopoulos's research also took second place in the American Meteorological Society 15AI Conference Student Presentation Award for his presentation Evaluation of Machine Learning Techniques for Precipitation Type Forecasting.

Forecasting the Head of the Charles EAPS News