Before the start of the semester, fourteen incoming first year students joined researchers and students from MIT’s Department of Earth, Atmospheric and Planetary Sciences (EAPS) for a five-day exploration of extreme weather and climate.

During the First Year Pre-Orientation Program (FPOP), students bonded over discussions of atmospheric measurements, hurricane physics calculations and Weather in a Tank experiments on general circulation. However, weather and climate study are not confined to the lab, so towards the end of the week, students and MIT scientists took their work into the field, with visits to the Wallace Observatory and Mt. Washington, where they could dive deeper into the scientific principles at hand and enjoy the scenery. 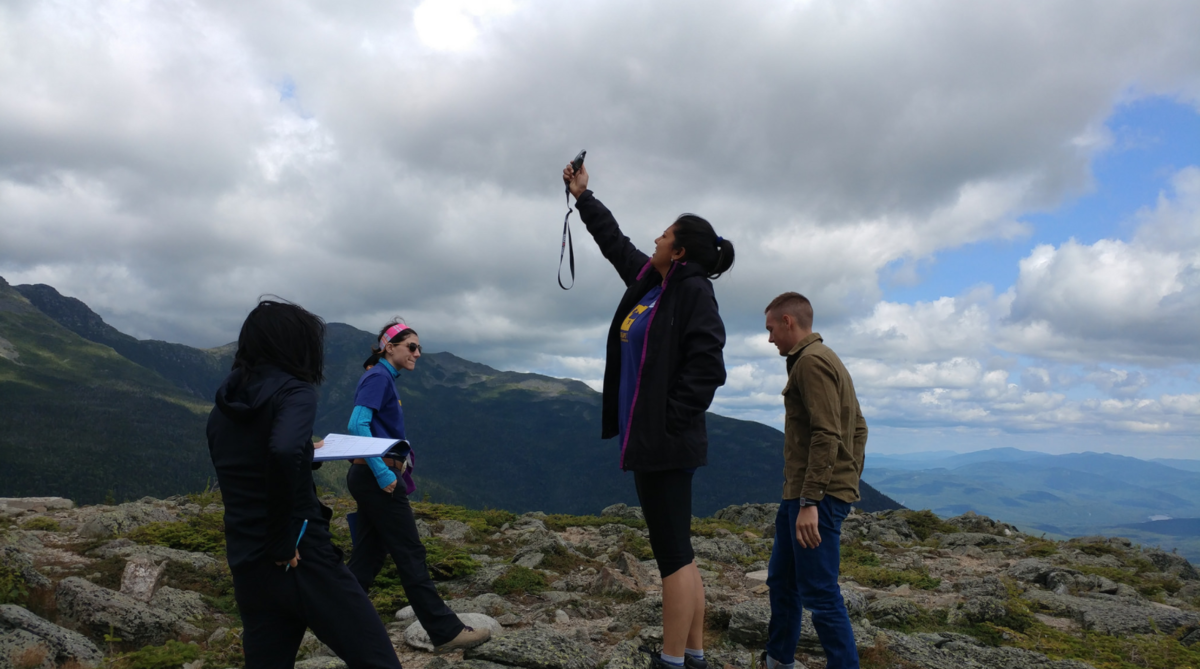 “It was great to see these students coming in and their first impression of MIT is of EAPS, and all the cool stuff we do here,” says Vince Agard PhD 17', longtime participant in the DEAPS program. Exposure to climate scientists in real-world research settings helps build their knowledge base and show students that there’s a foundation for the work being done here, Agard remarks. 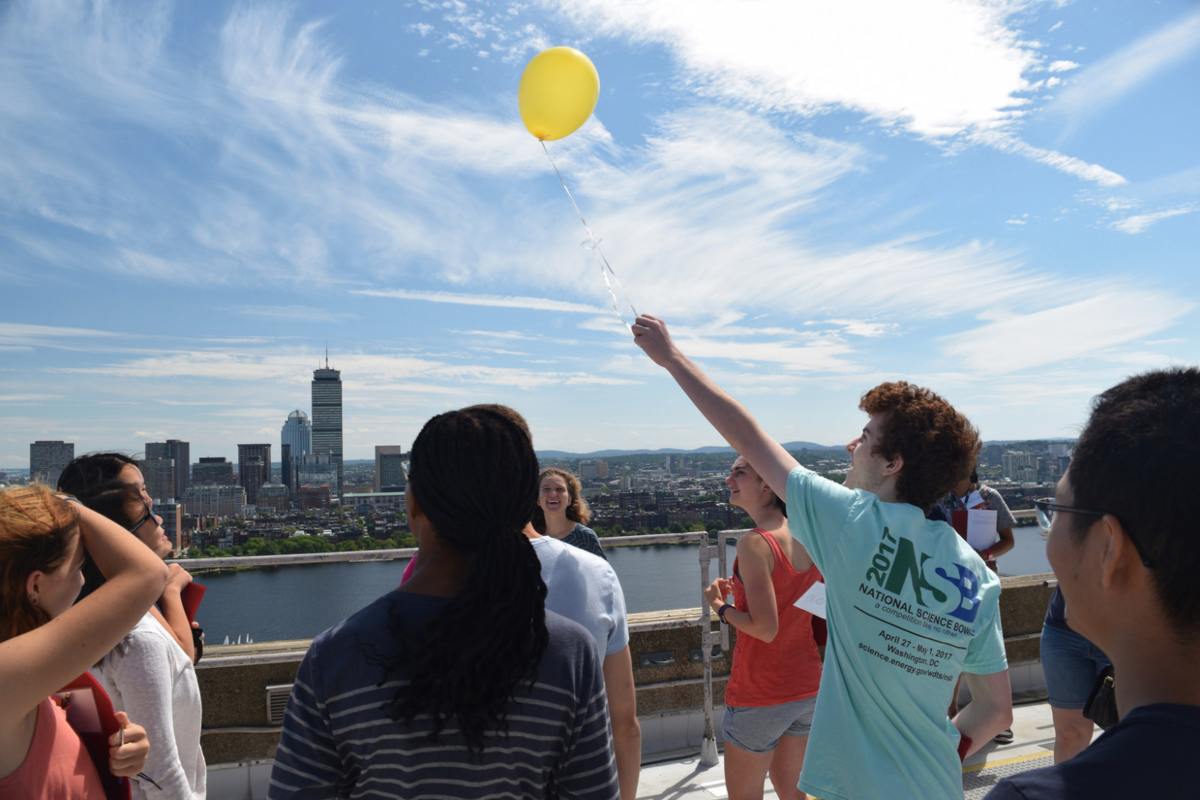 Senior lecturer Lodovica Illari and oceanographer John Marshall, along with several graduate and undergraduate TAs, opened with a guided investigation to see if they could measure the height of the Green Building using two techniques: Newton’s method, which involved dropping fruit from the roof of the building, and Pascal’s method, which compared the atmospheric pressure at the top of the building with that at the bottom. While on the top of the structure, students also took meteorological measurements and observations of wind and cloud patterns, as well as air and sky temperature (incoming solar radiation). 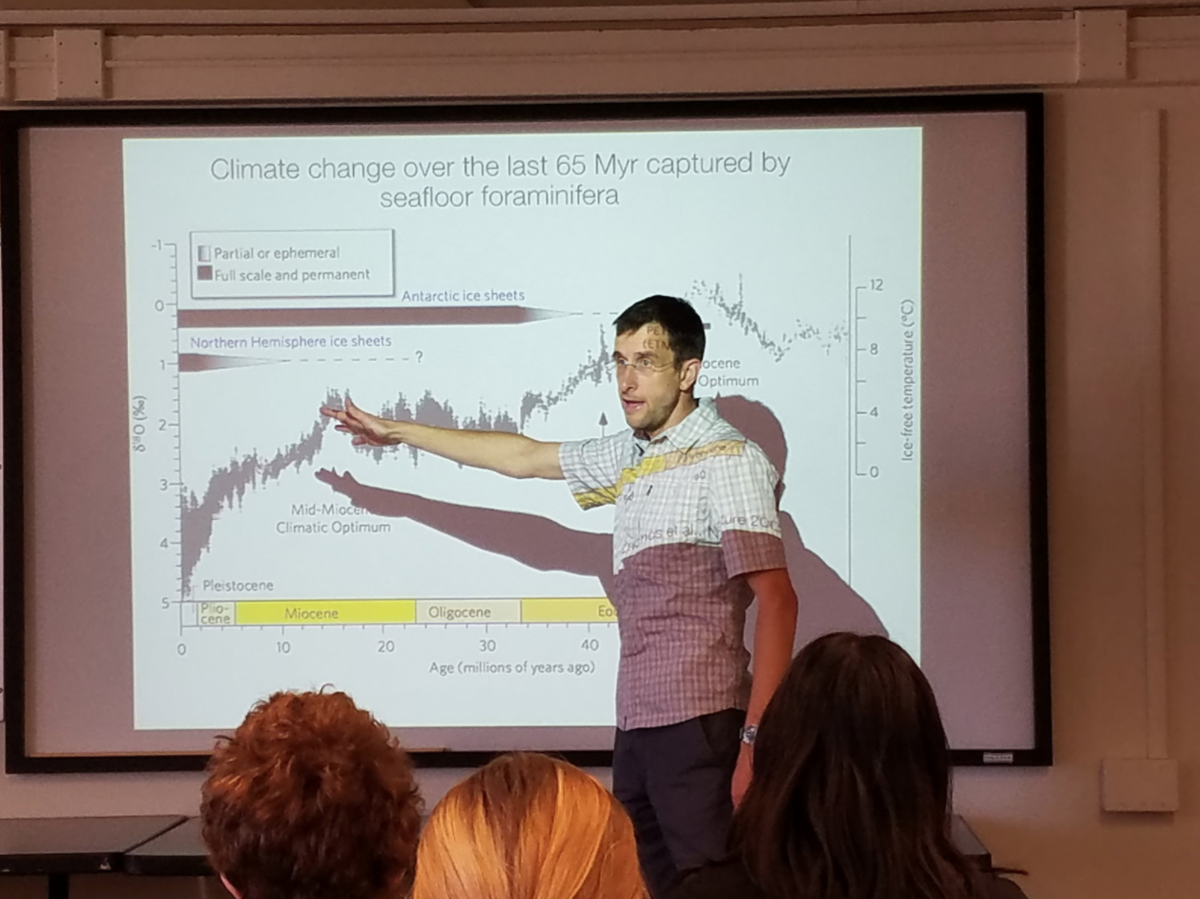 The following day, EAPS associate professor David McGee shared how ancient weather patterns and paleoclimates can affect different terrains. He showed students how his group hunts for evidence of climate change signals and responses in cave stalagmites, lake shore deposits and marine sediments, which can inform our understanding of how the ancient atmosphere responded to changes in the climate. 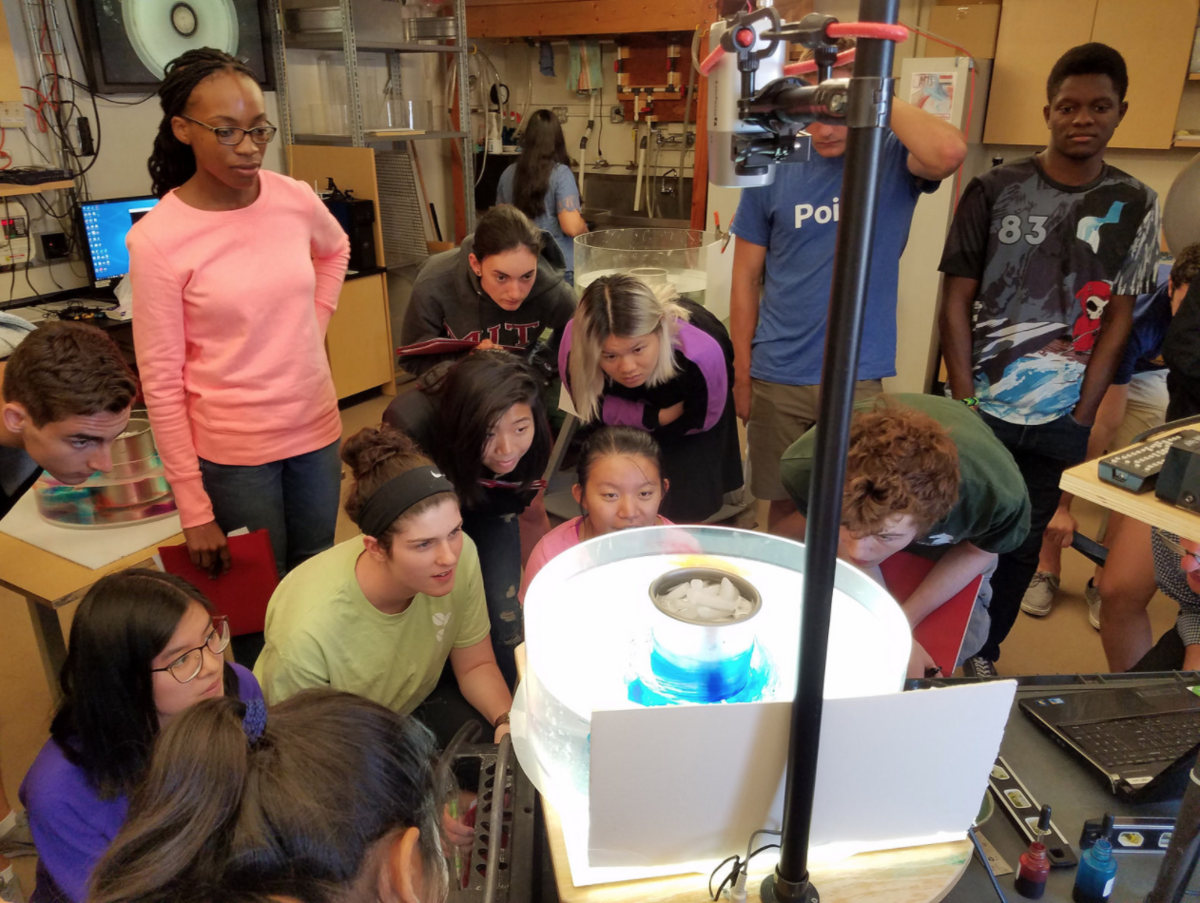 Understanding components of the climate system helps scientists piece together weather of the past and predict phenomena of the future. One aspect of this that the students looked at was vortices, which occur on various scales in Earth’s atmosphere and oceans. Using hurricane models, Aerocene displays of atmospheric motion and Weather in a Tank water experiments, students could examine the fluid dynamics more closely. Graduate students Diamy Perez-Betancourt and Rohini Shivamoggi provided insight into hurricane physics and kept the group updated on hurricane Harvey, which was headed for Texas at the time and later made landfall. The scope also covered Hadley cell circulations, eddies and baroclinic instability.

With their eyes still on the skies, the group shifted their focus a bit further out while at Wallace Observatory. There, EAPS astronomer Amanda Bosh helped students to use telescopes at the Wallace Astrophysical Observatory to see Saturn and Titan. 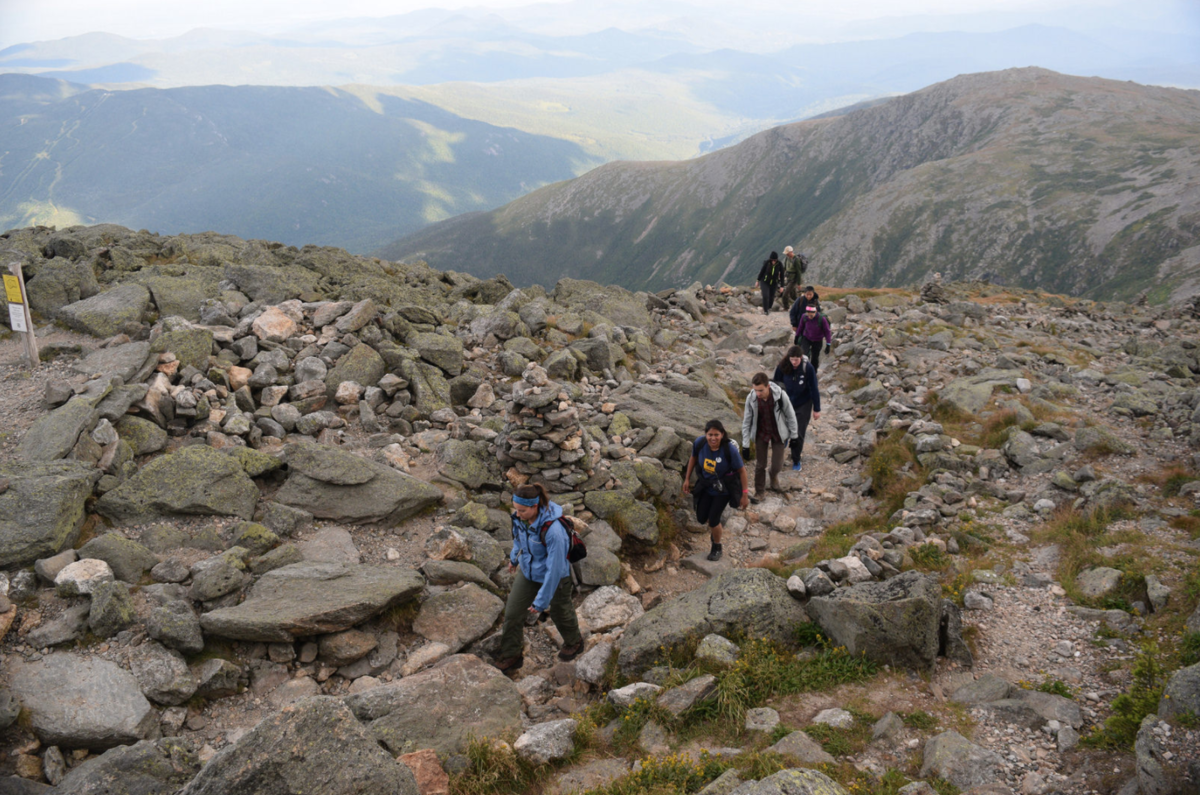 An excursion to Mount Washington in New Hampshire helped drive home the concepts that Illari, Marshall and the TAs presented while on campus. There, students experienced erratic weather and explored fascinating geology with a complex history driven by climate changes. Graduate student Tristan Abbott was the trip’s ecologist in residence, drawing connections between the climate and weather, and the flora present on the mountain. Rose Palermo, an MIT-WHOI Joint Program graduate student, showed students how climate change and weather can shape landscapes. With the White Mountains as her backdrop, Rose pointed to evidence of different geomorphic processes: metamorphism, glaciation, weathering, volcanism, plate tectonics and water erosion, and how all of this changed over geological time under the influence of climate. Hikes to the alpine garden and Diana’s Baths allowed students to see the beauty of the region’s geophysics and identify their causes. 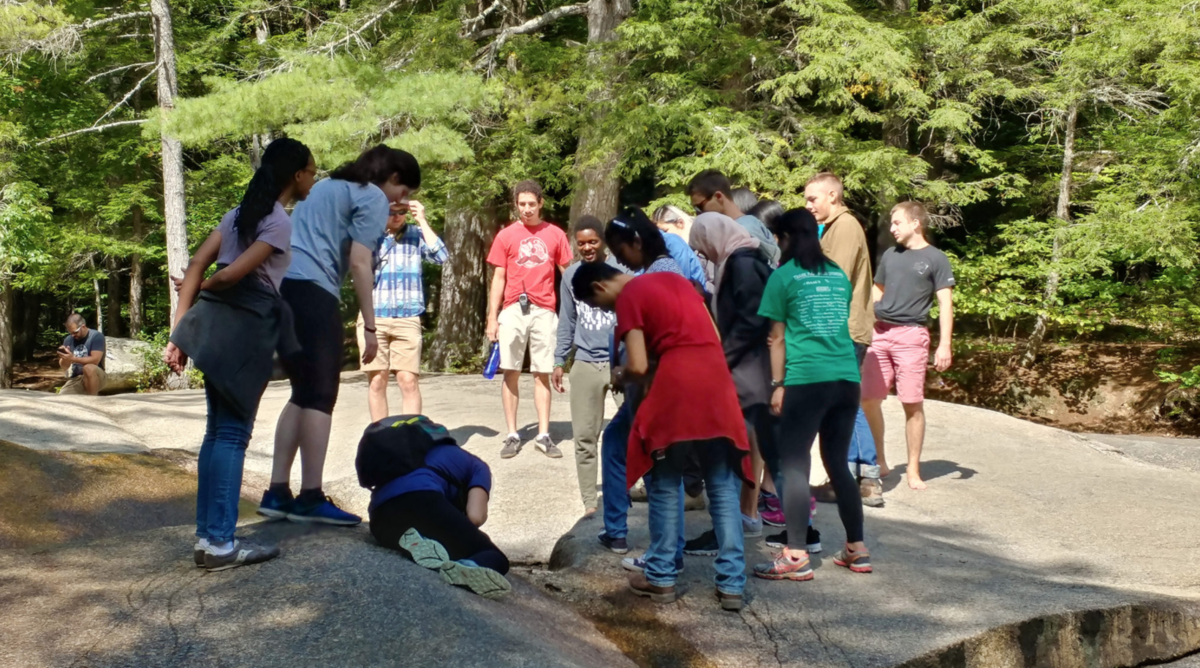 “My interest in EAPS definitely increased because we learned a lot about common phenomena that I took for granted, and that was very enlightening,” says first year Magnolia Chinn. “The most valuable thing I will take away from this experience is being more aware of the intricacies of the natural world around us and appreciating not just its real world applications but also its beauty.” 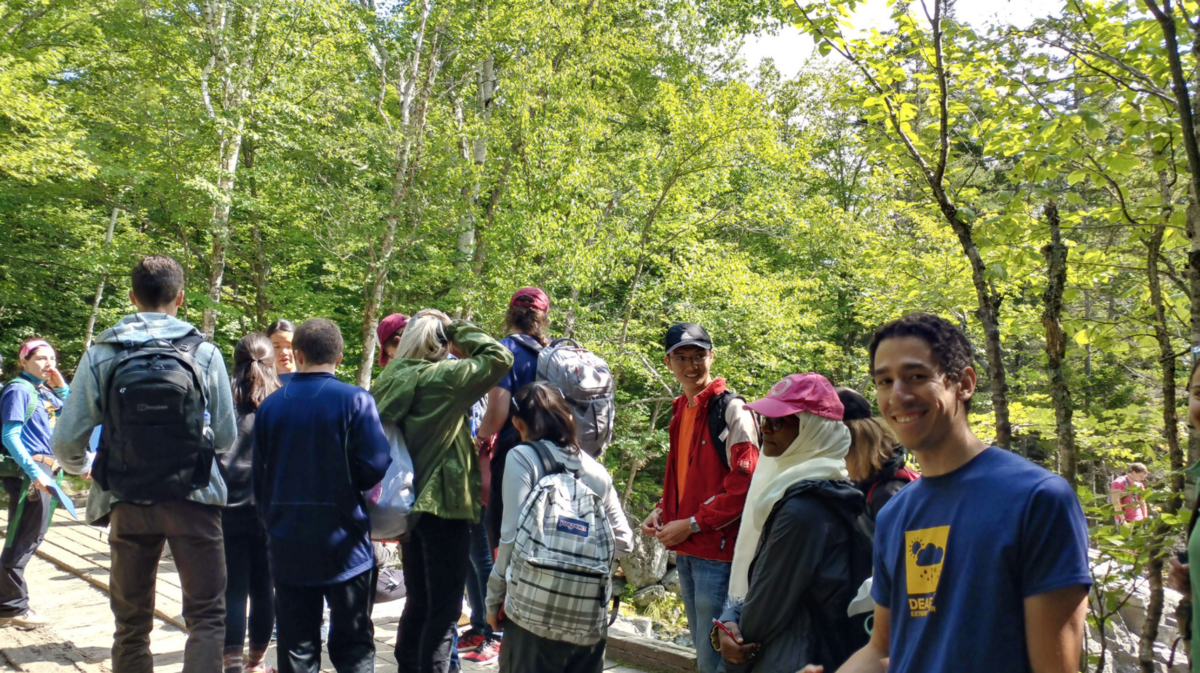 Agard has been involved with the DEAPS Extreme Weather and Climate program since he stepped foot on campus ten years ago and is responsible for much of its evolution and success over the years. “When I came here, this is what I wanted to do: I’m one of those weird kids who was always obsessed with the weather, and always wanted to do weather and climate [work],” Agard recalls. “So I double majored in the EAPS department and physics. But when I saw the list of FPOPS, I was like ‘Oh! There’s an extreme weather one; I’m definitely doing that.’” As an integral part of the DEAPS organization, he will be missed, but his institutional knowledge will persist in the TAs and students that the program attracts each year. “I’m glad to have been able to contribute [to DEAPS]. It’s going very well, and over the years it’s been fine-tuned into a really successful program,” Agard says. “It sort of turned into the annual part of the end of the summer that I look forward to. It’s nice to see the students so interested in atmospheric science and earth science…It’s been a great experience. I would thank Lodovica for giving me the opportunity for being involved with DEAPS. I’ve been here for a long time, and it’s been fun, educational and rewarding…and I hope to see it continue.”

Find out more about Discover EAPS: Extreme Weather and Climate