Winning teams include EAPS Mike Fehler and Aimé Fournier who will use their grant to develop advanced algorithms for carbon capture and sequestration monitoring.

The MIT Energy Initiative (MITEI) has made nine awards totaling $1.3 million under its annual Seed Fund Program. Winning teams across campus will use the grants — in amounts of up to $150,000 each — to support early-stage innovative research across the energy spectrum.

Over the past eight years, the MITEI Seed Fund Program has supported 151 energy-focused research projects, amounting to a total of $19.9 million in funding. Grant awardees include well-established faculty and new professors just beginning to define their research paths at MIT. The competition encourages entrants to collaborate in novel ways to explore energy ideas.

“MITEI’s seed fund awards provide fertile ground for innovative and collaborative research efforts aimed at key global energy and climate solutions,” says MITEI Director Robert Armstrong, the Chevron Professor of Chemical Engineering. “The early-stage projects that our members are supporting through the MITEI Seed Fund Program this year have immense potential, and I have no doubt they’ll join the ranks of past years’ winners in successfully tackling some of our most difficult energy questions.”

One of the winners is a design for metal-oxide surfaces to enable fast oxygen exchange in fuel cells. The project is a collaboration between Bilge Yildiz, an associate professor of nuclear science and engineering, and Ahmed Ghoniem, the Ronald C. Crane (’72) Professor of Mechanical Engineering, and seeks to significantly improve the performance of perovskite oxides that function in extreme environments. Yildiz says, “The MITEI Seed Fund Program is a critical enabler for faculty to initiate novel research directions and form new multidisciplinary collaborations with colleagues at MIT.” The goal of her team’s proposal, she says, is “to improve materials not only for solid oxide fuel cells and electrolyzers, which I study in my own laboratory, but also for gas conversion and thermo-chemical reactors to produce clean fuels, which are Ahmed Ghoniem’s area of expertise.”

Yogesh Surendranath, an assistant professor of chemistry, and T. Alan Hatton, the Ralph Landau Professor of Chemical Engineering, are collaborating on a project aiming to cycle carbon dioxide emissions back into chemical fuel. Surendranath says that he and Hatton are “eager to work together to address the dual challenges of carbon dioxide capture and conversion to valuable fuels — a key component of a low-carbon energy future."

Another awarded project, to be conducted by Stuart Madnick, the J.N. Maguire Professor of Information Technologies in the Sloan School of Management and professor of engineering systems in the School of Engineering, will test a new method of cybersecurity risk reduction for energy systems based on applying concepts from industrial safety and systems thinking, called the Cybersafety Analysis Approach. The need for such a method is motivated by the intensified security risks presented by today’s increasingly complex and dynamic energy systems. Madnick plans to initially experiment with this method in action using the MIT Cogeneration Plant as a test case.

Funding for the new grants comes chiefly from MITEI’s founding and sustaining members, supplemented by gifts from generous donors.

Other winning projects and teams:

"Aluminum Polymer Battery for Automobile Propulsion": Donald Sadoway of the Department of Materials Science and Engineering

"Understanding the Impact of Electric Vehicle Charging on the Power Grid: An Urban Mobility Perspective": Marta Gonzalez of the Department of Civil and Environmental Engineering 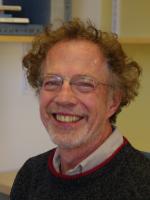 Michael Fehler's research is concerned with seismic and electromagnetic imaging and microearthquake monitoring and interpretation around the production of hydrocarbons, in geothermal energy production and reservoir characterization. He is Deputy Director of MIT's Earth Resources Laboratory.