Since 1984 students in Course XII have been taking time over IAP to swap snow-shoeing for star-gazing to attend Astronomy Field Camp at the Lowell Observatory in Flagstaff, Arizona. 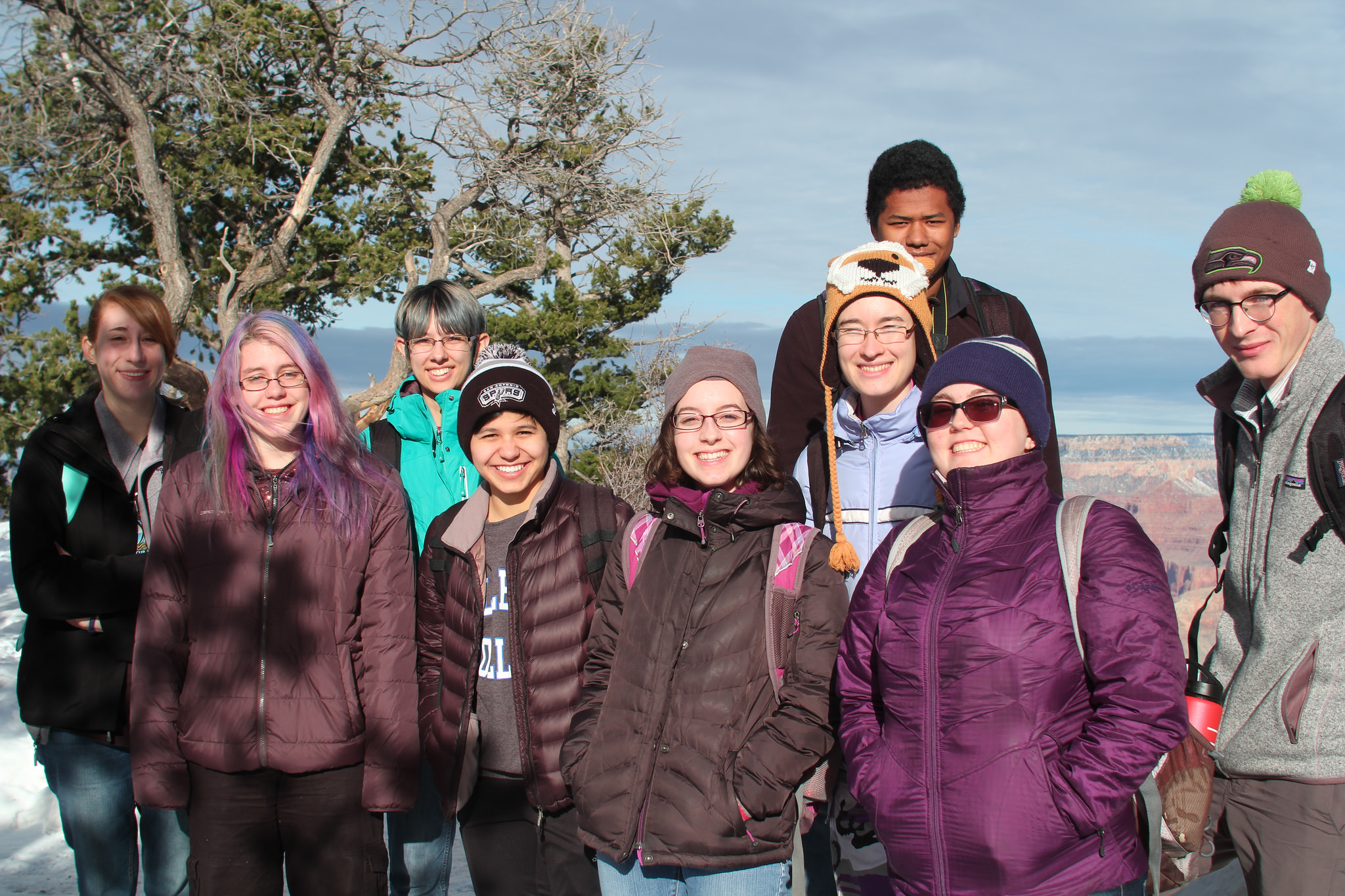 Founded in 1894 by Bostonian Percival Lowell, Lowell Observatory is a place steeped in history. The observatory has maintained Percival Lowell’s original Clark Refractor, used to study Mars, as well as the telescope used by Clyde Tombaugh to discover Pluto. Dinner was served each night in a room called the Tombaugh apartment where Clyde stayed when he discovered Pluto in 1930. Lowell has been hosting EAPS since 1984. During field camp the EAPS Group stay at the observatory, in quarters set aside for visiting astronomers. 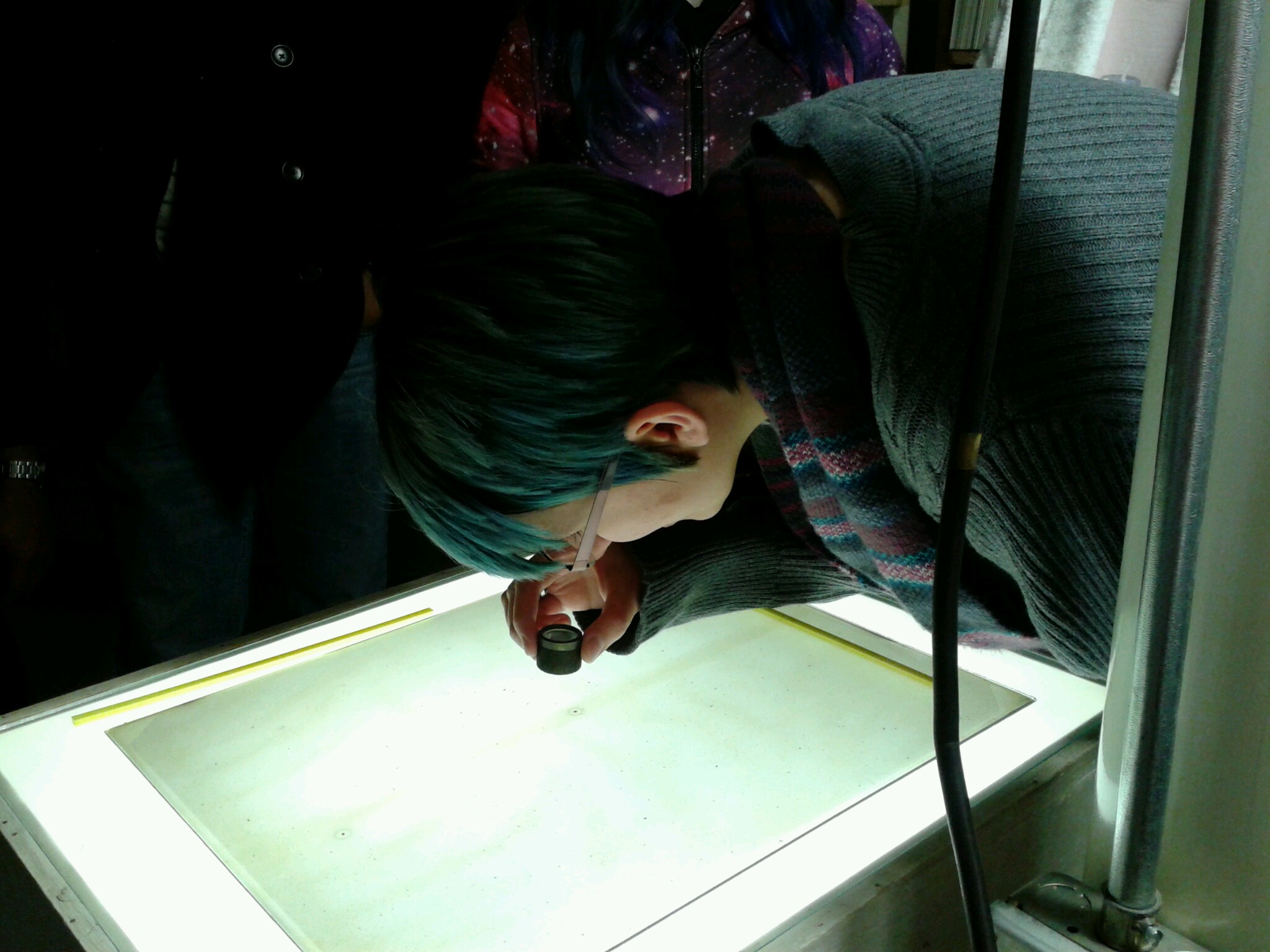 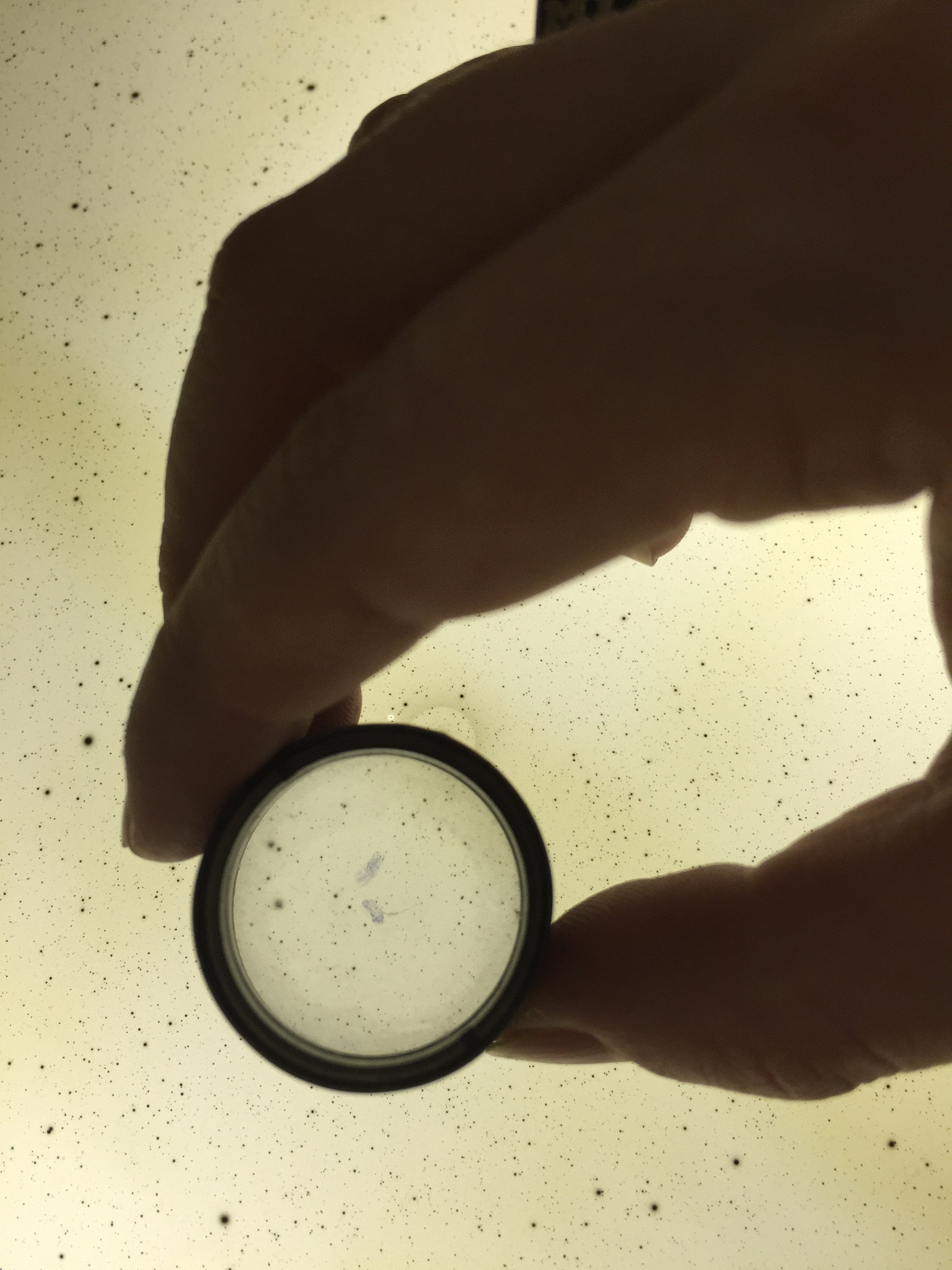 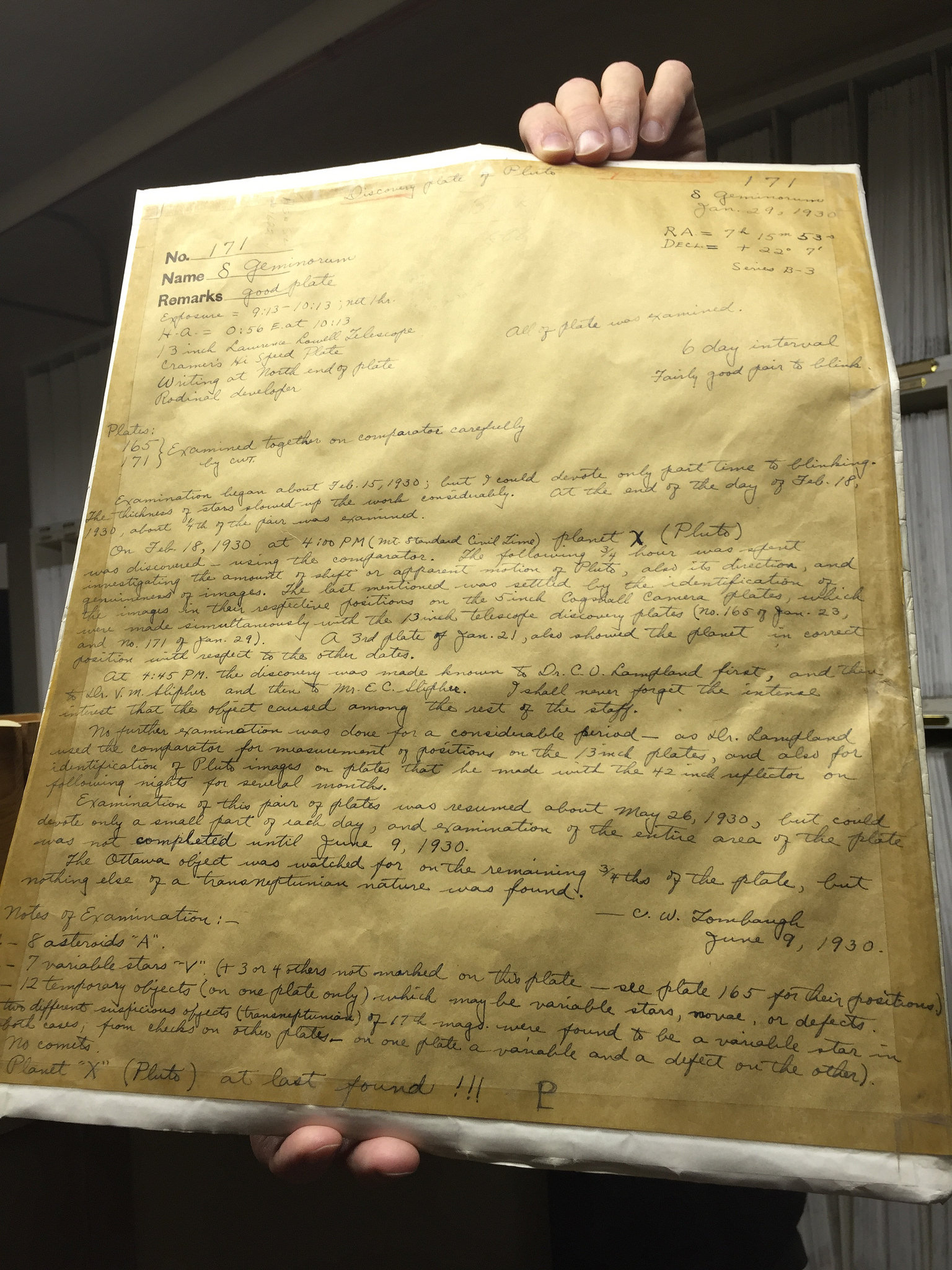 Ishara looking at Tombaugh's original Pluto plate and that night's notes. Pluto is the small dot at the junction of the two lines in the magnifying glass - Images courtesy: A.S. Bosh

At the heart of this beloved institution is the opportunity to live and work at an active astronomical observatory while focusing on a research project mentored by a member of the observatory staff. While it's a short amount of time, it is long enough to get a good flavor of what it’s like to be an astronomer. The students work with their mentors regularly, attend “Science Tea” discussions of current topics in astronomy and colloquia given by local and visiting astronomers, all the while revelling in the opportunity to use Lowell’s large telescopes—the 4.3-m Discovery Channel Telescope and the 1.1-m Hall Telescope—to collect data on faint objects in the outer solar system.

A sampling of this year's projects included Building a Camera Station for All-Sky Meteor Surveillance, Measuring the Long-Term Variability of HBC 379, and Analyzing Pluto’s Light Curve to Look for Volatile Transport. 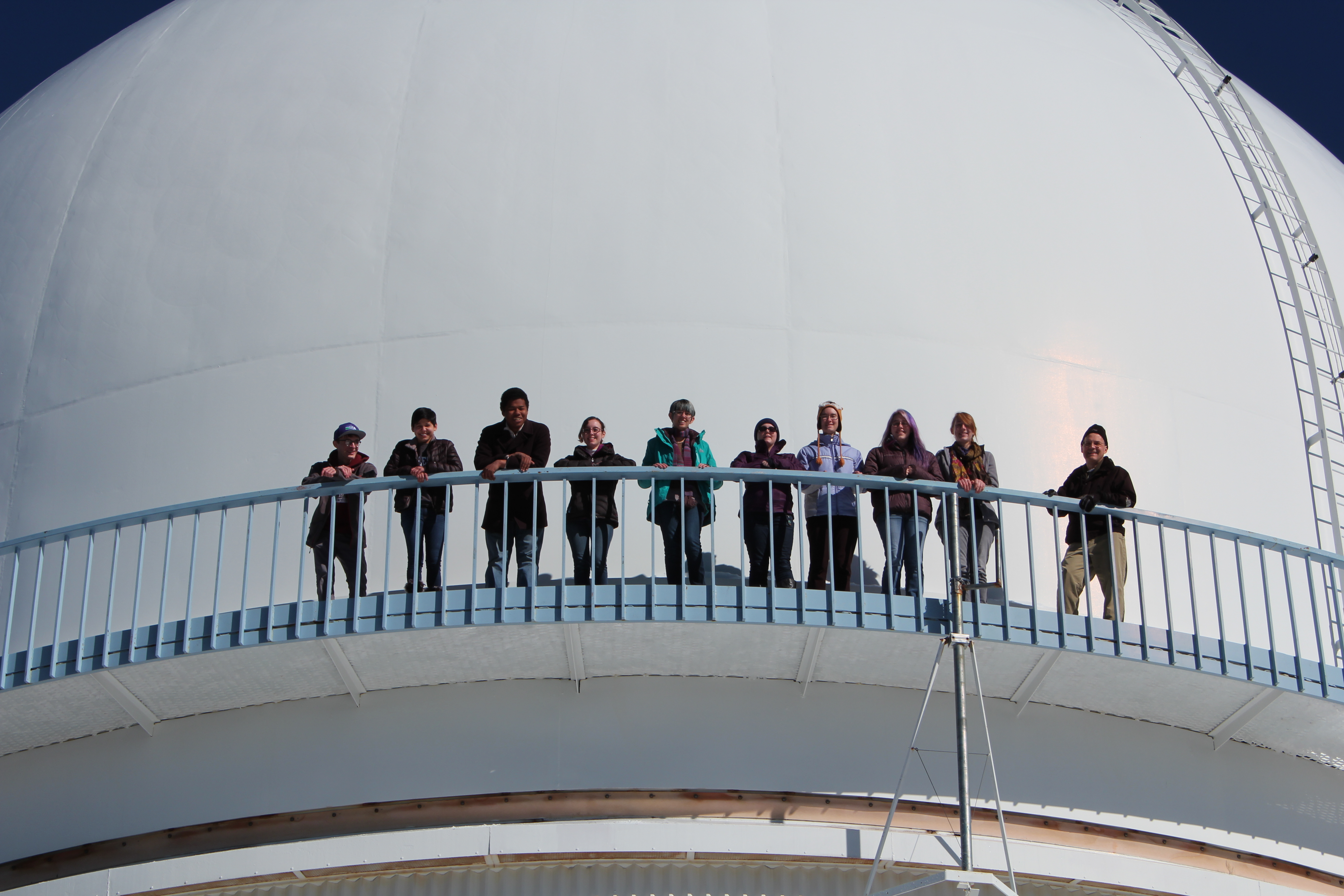 Standing on the balcony of the 1.55-m Kaj Strand Astrometric Reflector dome at the US Naval Observatory - Image credit: A.S. Bosh.

Beside their research the students also tour other local astronomical institutions, like the U. S. Naval Observatory’s Flagstaff Station, Lowell Observatory’s Anderson Mesa, and the Navy Precision Optical Interferometer. In their free time on the weekends, the group has time to explore the stunning landscape of northern Arizona, this year visiting Sunset Crater and Wupatki National Monuments (where several of the students decided to take the Junior Park Ranger test), Walnut Canyon National Monument, and Grand Canyon National Park (hiking 1100 ft. down to Cedar Ridge, and beyond). 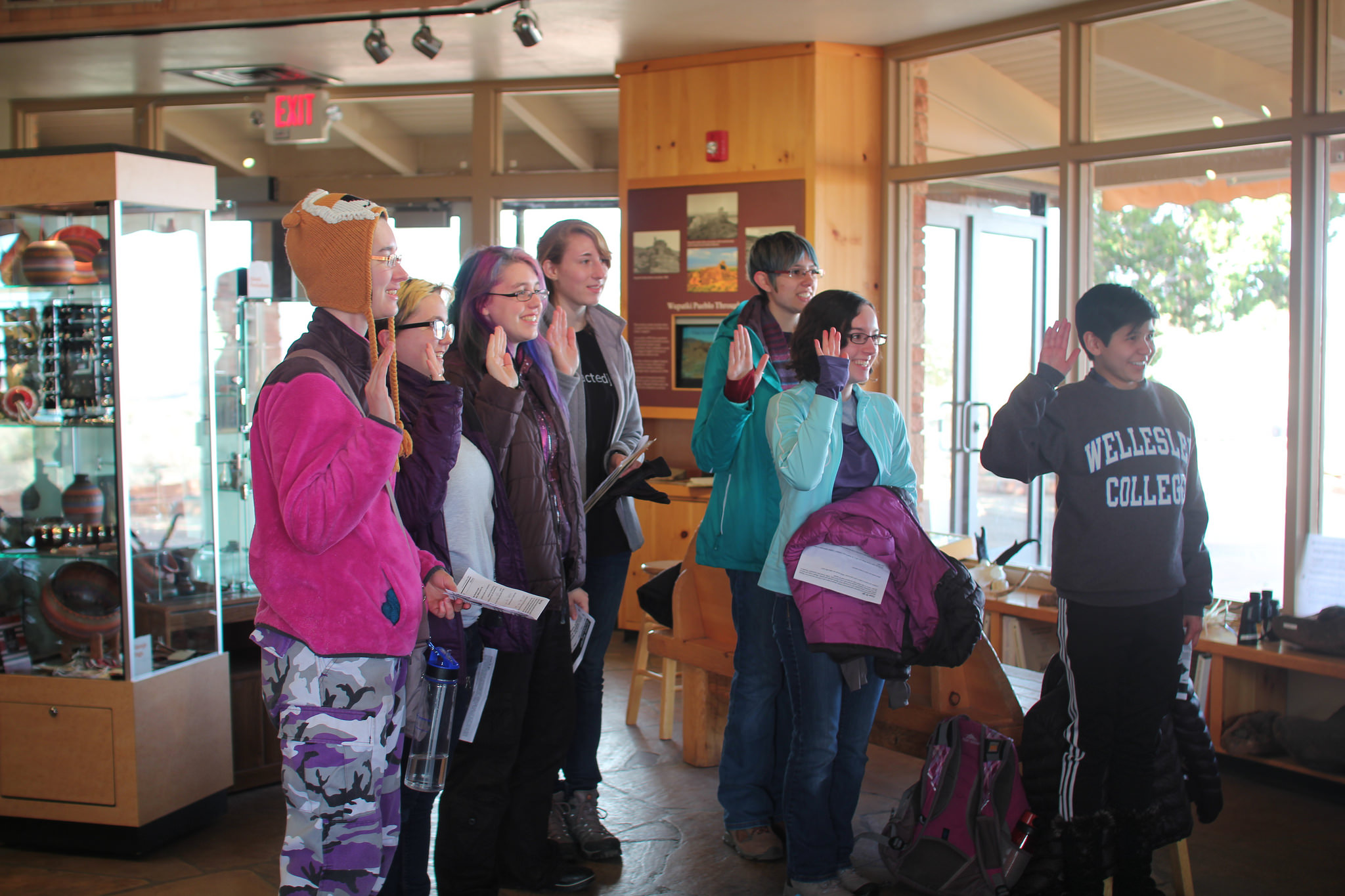 At night everyone eats together, cooking dinner communally, sharing the work of shopping, cooking, and cleaning. Most nights sees the group inviting an astronomer (from Lowell, NAU, USNO-FS) over as a dinner guest providing the chance to talk with them in a relaxed setting about their work and their lives. This year EAPS graduate Kristin Berry (’13) came to dinner one evening, and talked about what it’s like to be a grad student at Northern Arizona University (in Flagstaff).

Amanda remembers her first field camp as an undergraduate in 1986, and later as a graduate student. "I have many memories from that experience, including just loving to observe at Lowell’s large telescopes, and hiking in the stunning landscape of Sedona." 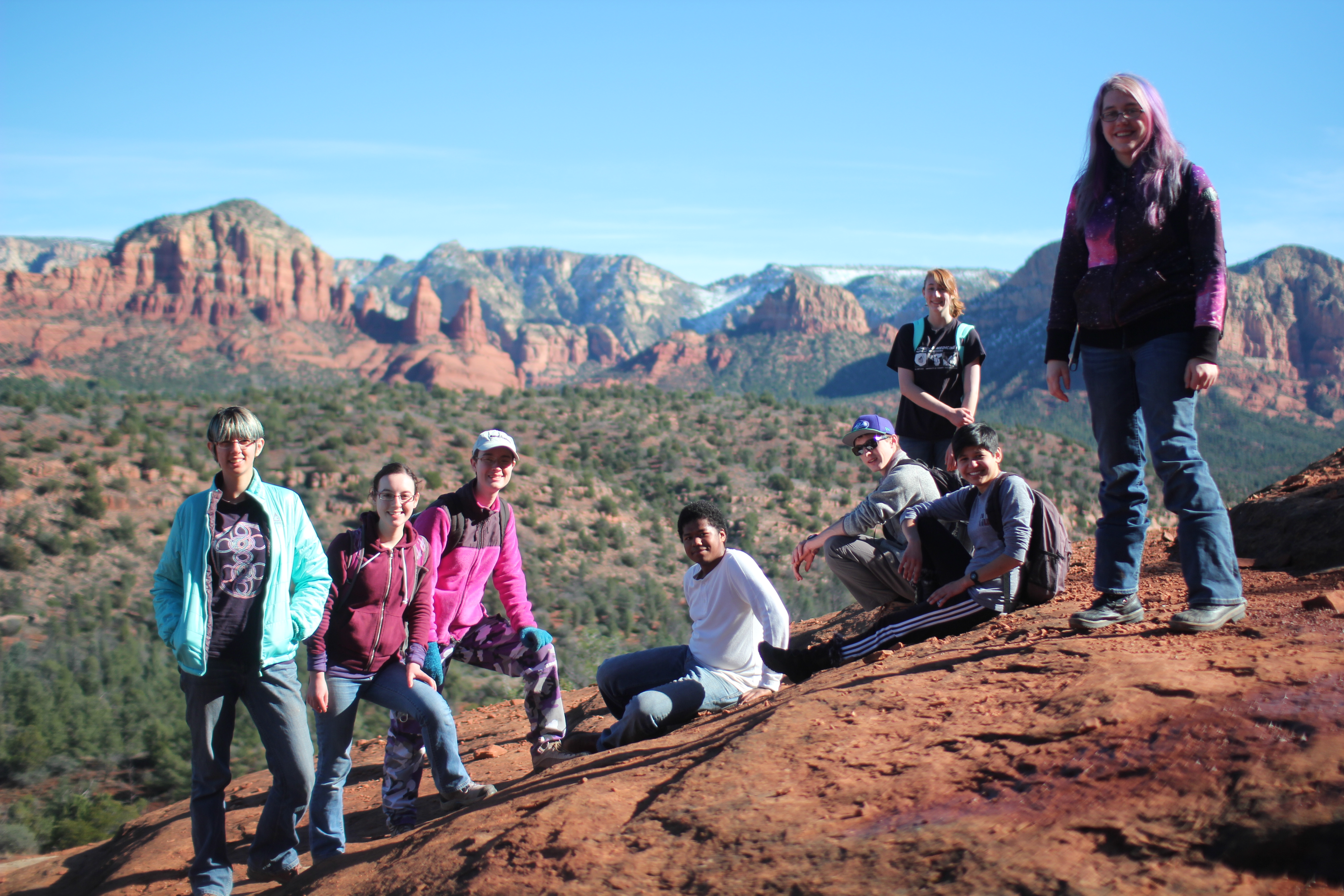 Bosh recalls, "Jim Elliot would conduct his own mini training camp during each field camp, culminating with a hike into the canyon. He would hike up and down the small hill in Flagstaff that Lowell sits atop, Mars Hill, all of ~350 ft high. He would wear his backpack on these hikes, and load it up with increasingly more weight as the weeks wore on. He would always invite students to come along on his training hikes, and usually someone would take him up on it."

After finishing her PhD, Bosh held a postdoctoral research position at Lowell Observatory and says she was always happy to see field camp come through every January. "During those three weeks I would get the chance to work again with Jim and with the students he brought out, students like Dr. Cathy Olkin (SB XVI ’88, PhD XII ’96), Dr. Leslie Young (PhD XII ’94), Dr. Mike Person (SB VIII ’94, SM XII ’01, PhD XII ’06), and Dr. Stephen Slivan (SB,SM VI ’86; SB,SM XII ’89; PhD XII ’95)." 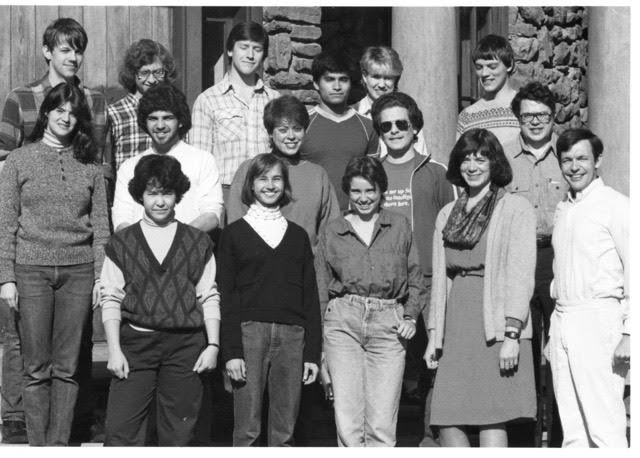 "For me, my field camp was an “aha!” experience. It was when I decided that I really wanted to be a professional astronomer. I’m really happy to be teaching this class now, because it means I am a part of the long line of EAPS astronomers who have worked with up-and-coming young scientists in discovering more about planetary science and astronomy, science in general, and science outreach."

Specal thanks to Amanda Bosh and Molly Kosiarek for their help preparing this article and to everybody on the trip for taking and sharing so many great photos. 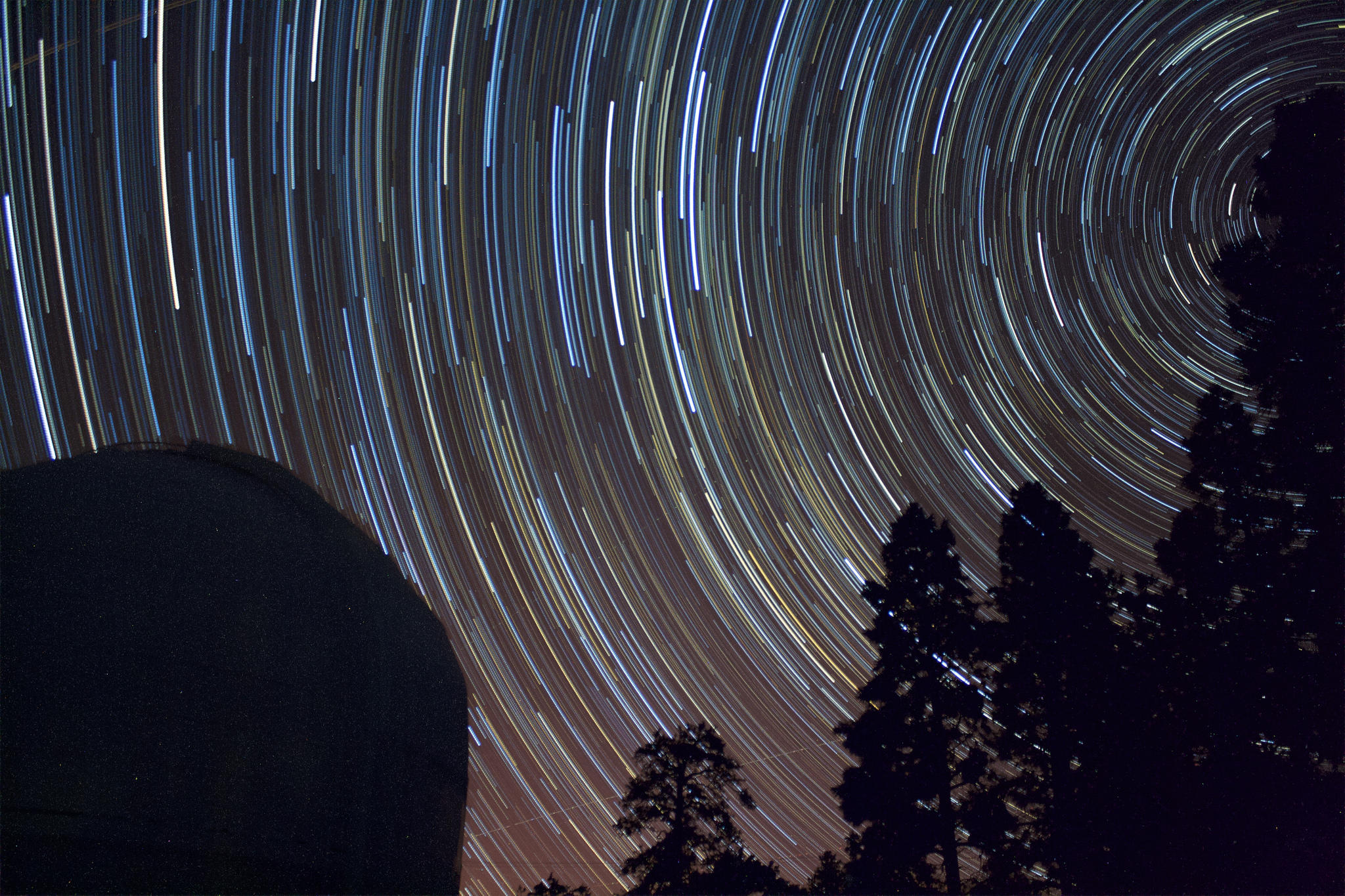 The James L. Elliot Graduate Student Support Fund has been established by Cathy Olkin in memory of her mentor - If you would like to help support the next generation of planetary scientists, please consider making a contribution here: http://bit.ly/eaps-giving 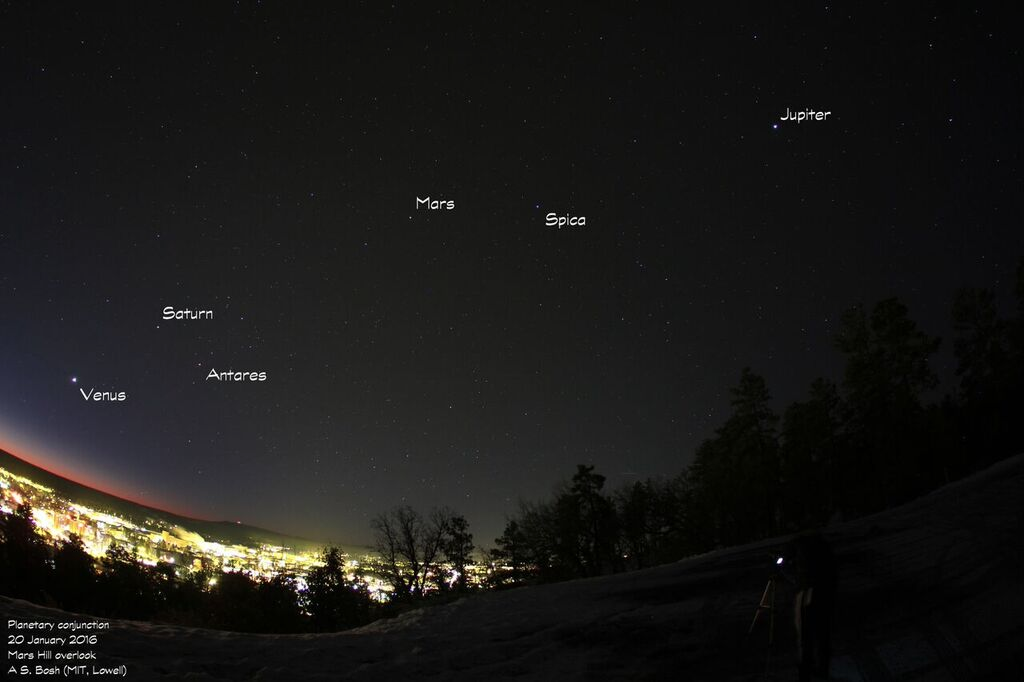 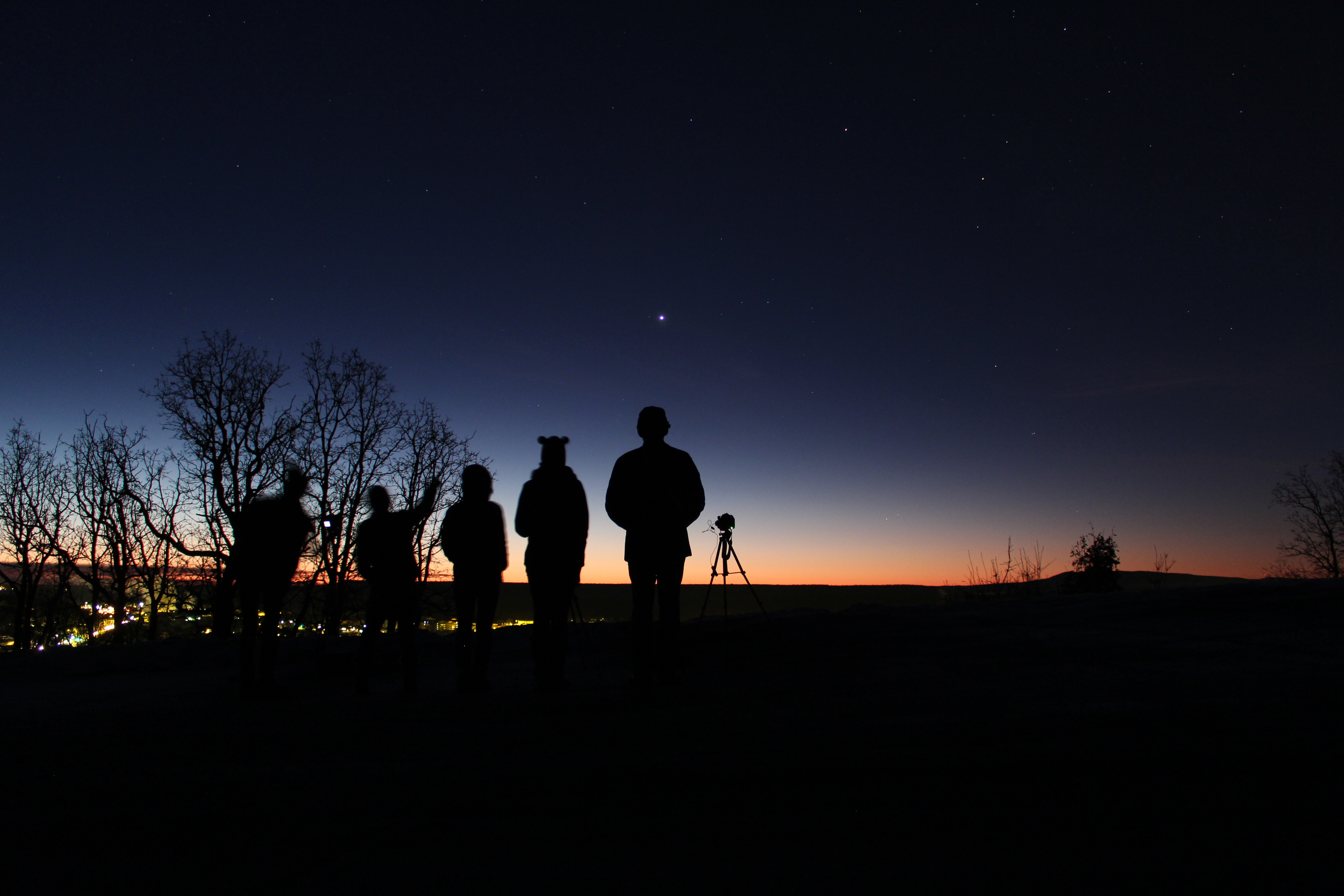