Happy Birthday to the Father of Chaos Theory

To mark Edward Norton Lorenz's birthday today we republish the link to the biographical memoir his former student Kerry Emanuel wrote for inclusion in the National Academy of Sciences archive.

Professor Edward Lorenz (1917-2008), a long time member of the department, discovered the surprising behavior we now know as chaos. In his ground-breaking 1963 paper Deterministic Nonperiodic Flow, using a simple, three-equation weather model, Lorenz demonstrated that even fully deterministic systems can behave in ways that are intrinsically unpredictable. His discovery has, and continues to have, a profound impact on a wide range of disciplines beyond meteorology and climate, from mathematics and geophysics, to economics and even philosophy.

"Those of us privileged to have known Ed Lorenz will remember him as a gentle, quiet soul, almost painfully shy and modest to a fault. But engage him on a favorite topic—a fine point in atmospheric or dynamical systems theory, the virtues of a particular mountain trail, or anything to do with his extended family—and with a twinkle of his bright blue eyes he would come to life; at such times one always felt as if he were inwardly smiling at life." 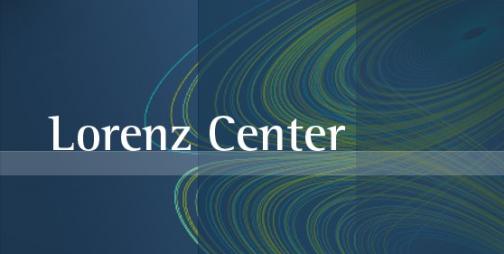 The Lorenz Center is a climate think tank devoted to fundamental inquiry. Emphasizing curiosity-driven research, the Center fosters creative approaches to learning how climate works. Named for their late colleague, It is co-directed by EAPS professors Kerry Emanuel and Daniel Rothman.