On Saturday, April 23, MIT opened its doors for "Under the Dome: Come Explore MIT", a free, day-long, campus-wide open house that gave visitors the opportunity to see firsthand the innovative, creative, and ground-breaking work taking place on MIT's campus and beyond.

Members of the Department of Earth Atmospheric and Planetary Sciences (EAPS) hosted a jamboree of activities to get visitors up to speed on Earth's incredible history, the rocks beneath our feet, sun spots, solar powered balloons, just how many critters there are in a drop of Charles River water, how to read a stalagmite for clues about our planets changing climate and much more.

Here are a few of our photos. For more please visit EAPS flickr page.

Members of the Follows Group set up a live plankton camera and hosted a show and tell of local plankton; explained how they go about understanding how ocean ecosystems work using computer models and demonstrated a predator prey relationship model based on swedish fish. Who knew ocean modeling could be so yummy! 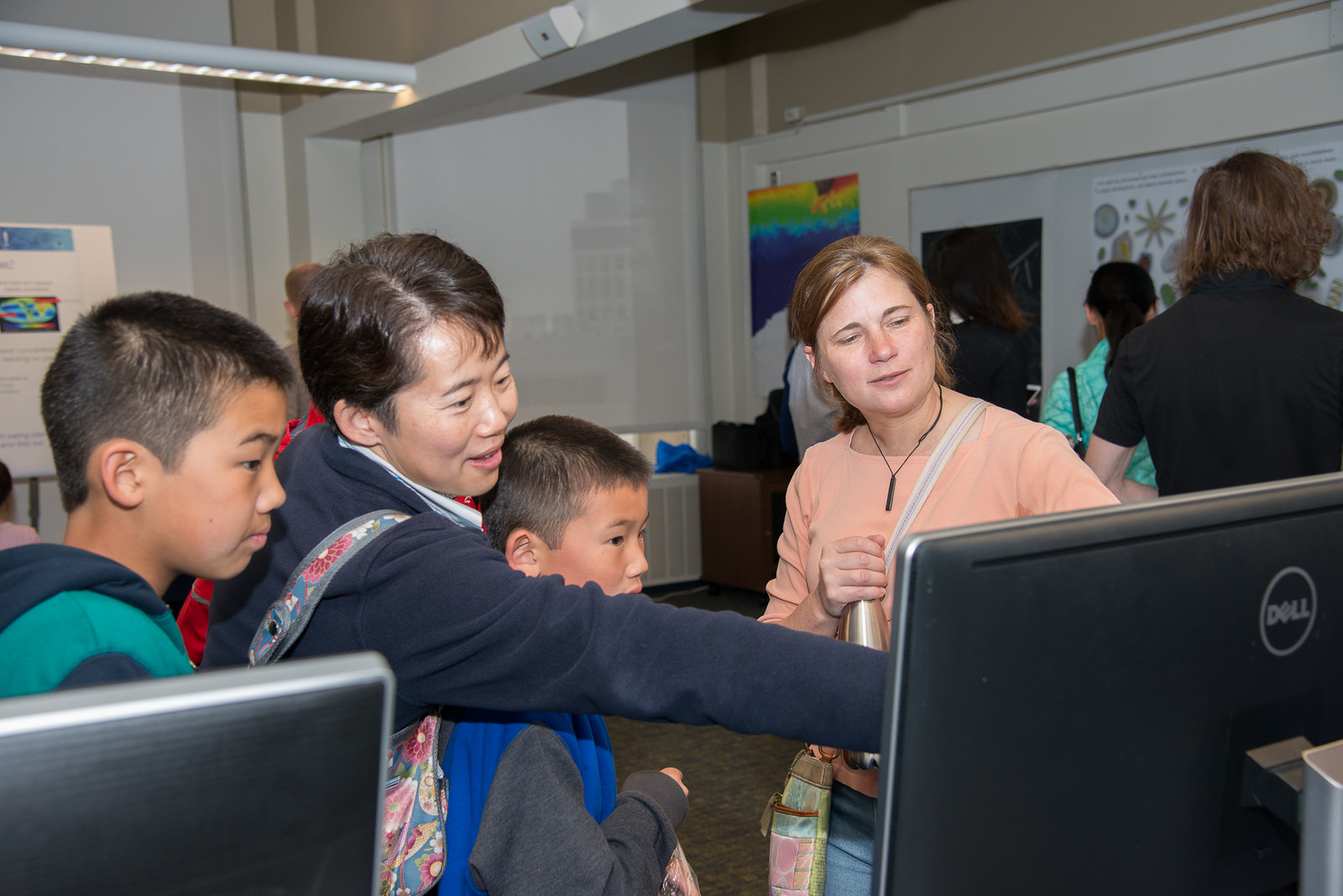 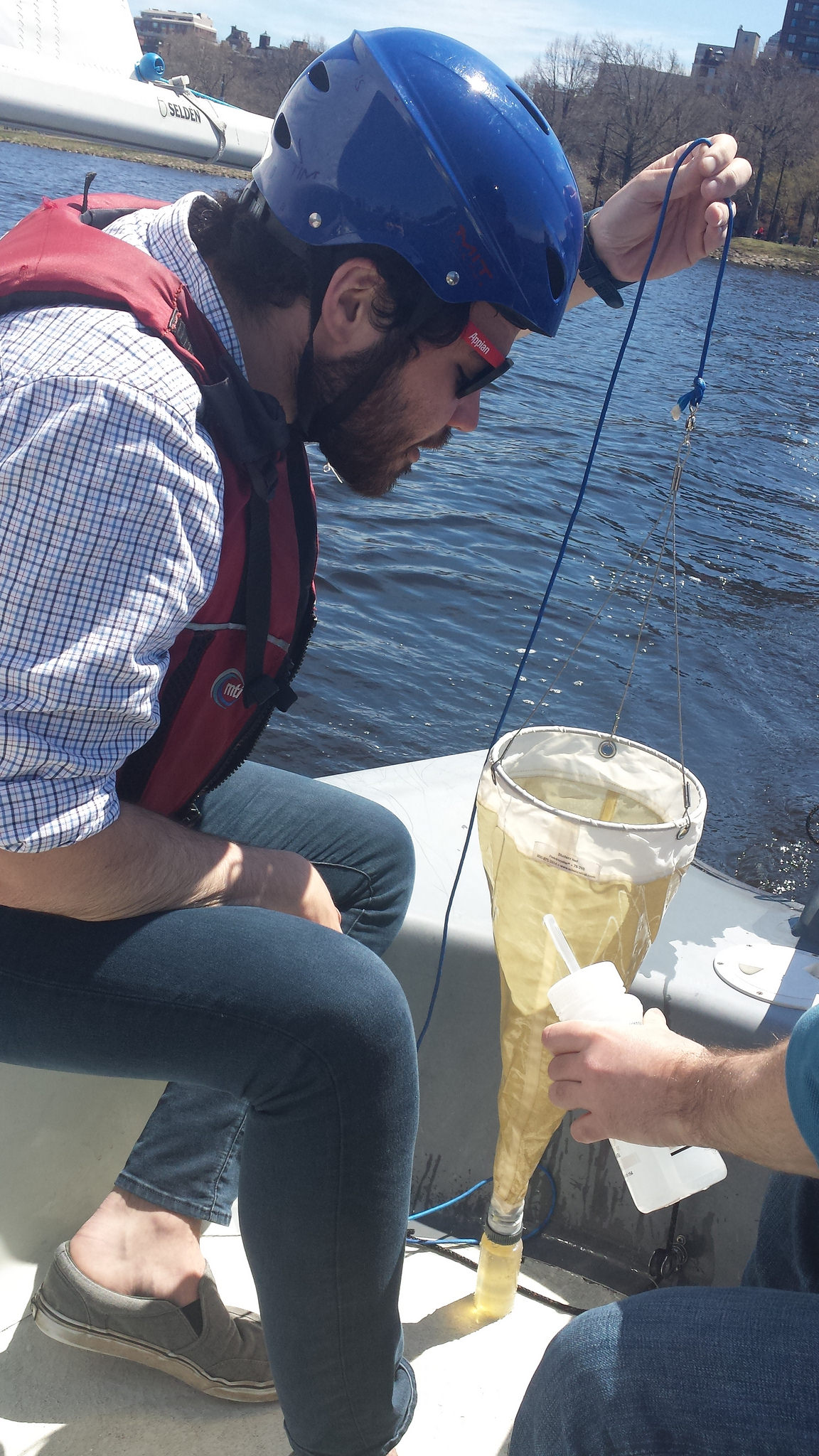 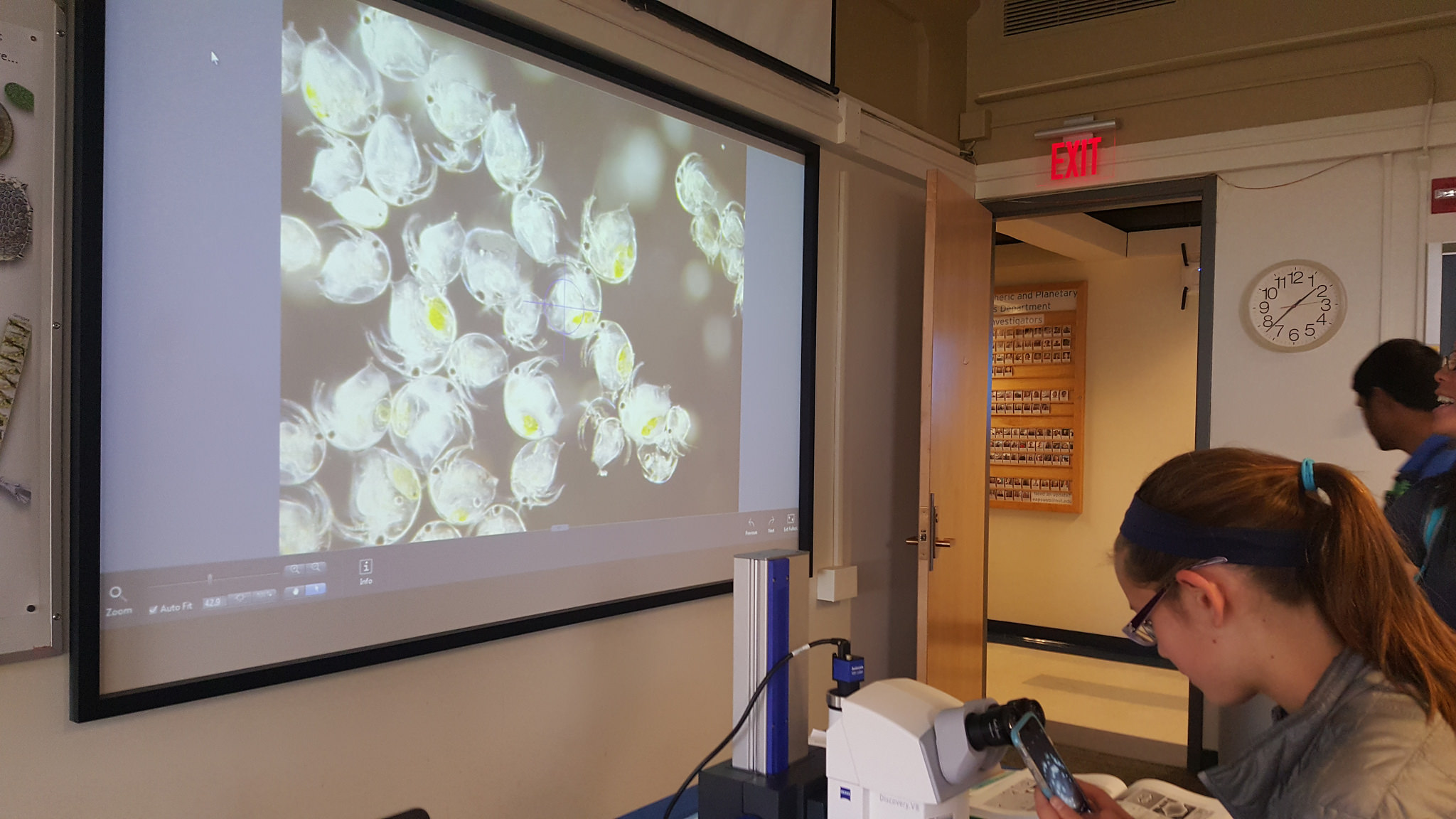 A spring bloom of Charles River plankton as seen under the microscope - Image credit: Deepa Rao 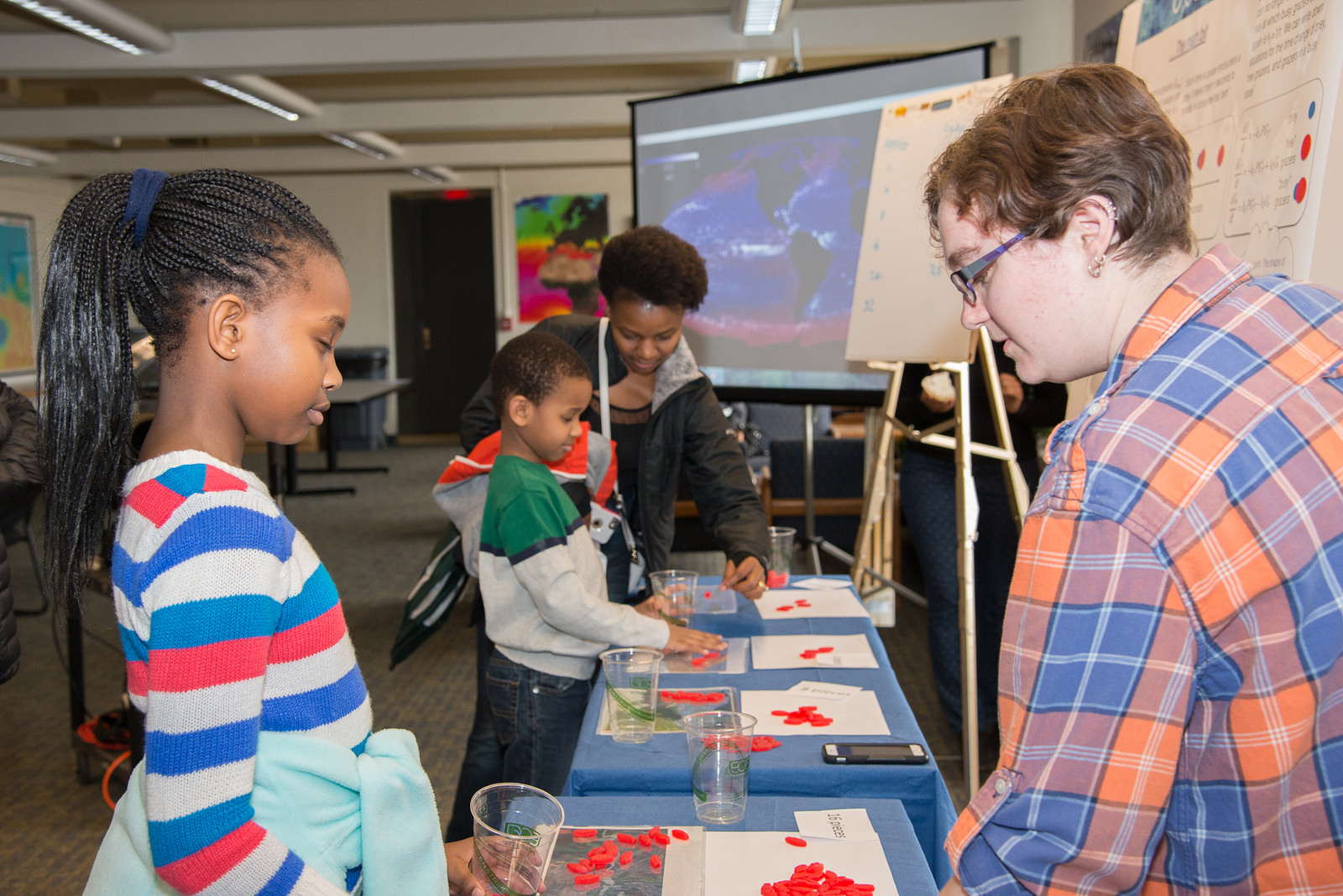 Members of the Wallace Observatory and observe@MIT the monthly stargazing group set up telescopes equipped with safety filters to give visitors the opportunity to hunt for sunspots and solar prominences. 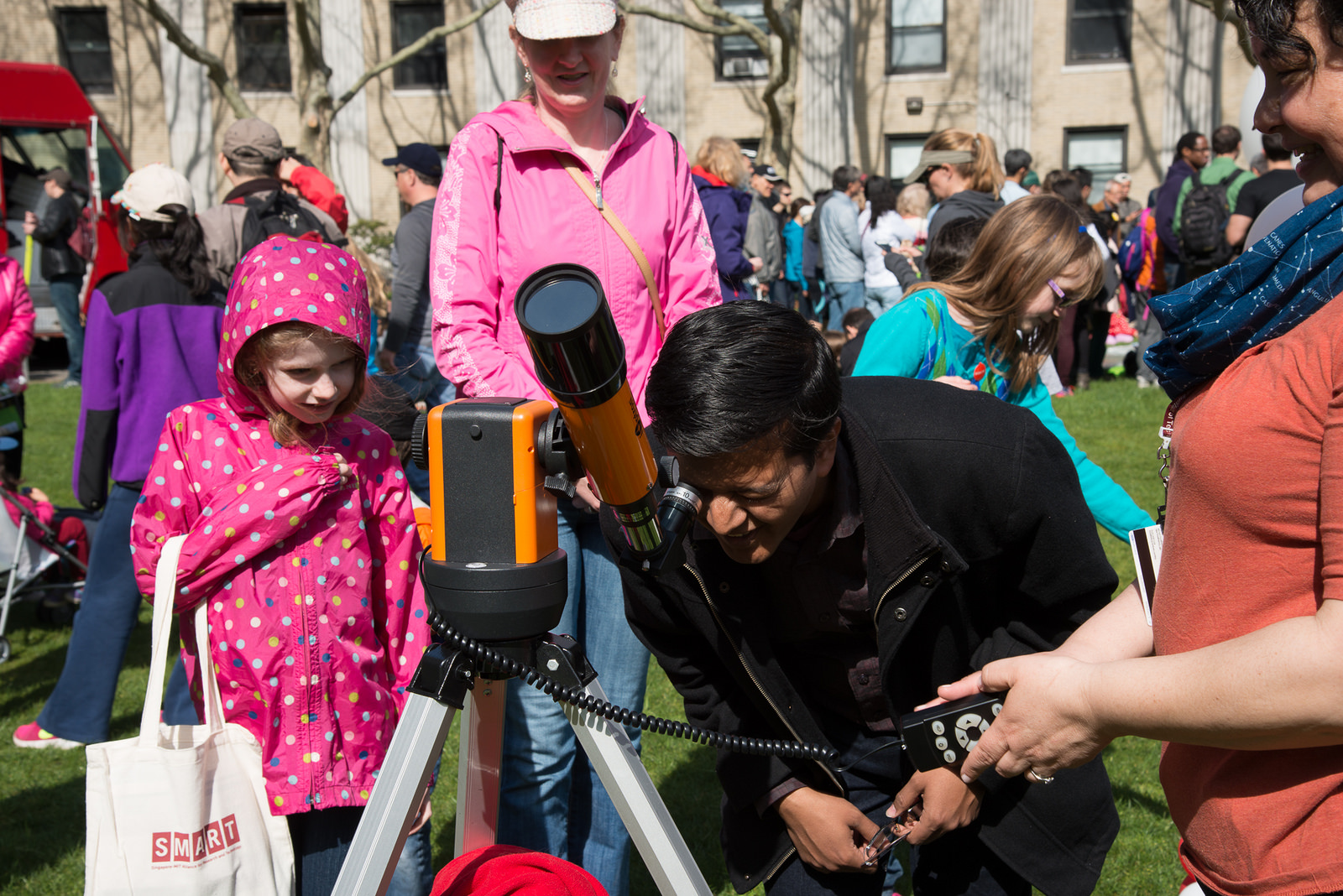 Observing sunspots on the lawn in front of the Green Building with Senior Lecturer Amanda Bosh - Image credit: Vicki McKenna

The McGee Lab for Paleoclimate and Geochronology focuses on how precipitation and wind patterns responded to past climate changes. Members of the lab exhibited cave deposits (stalagmites), lake deposits, and marine sediment from around the world and explained a little bit about their research with the aid of a sandbox and a pretend mass spectrometer. 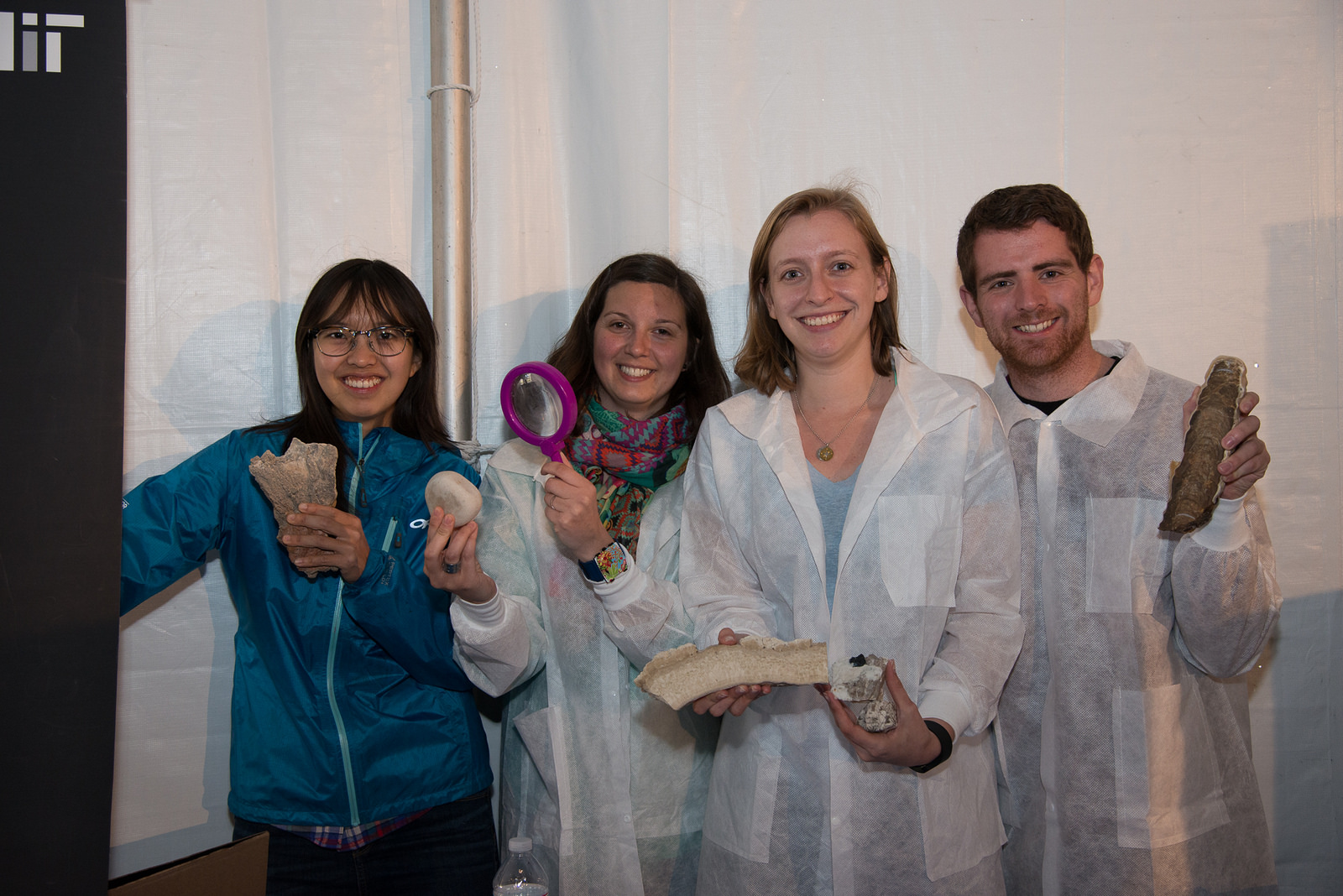 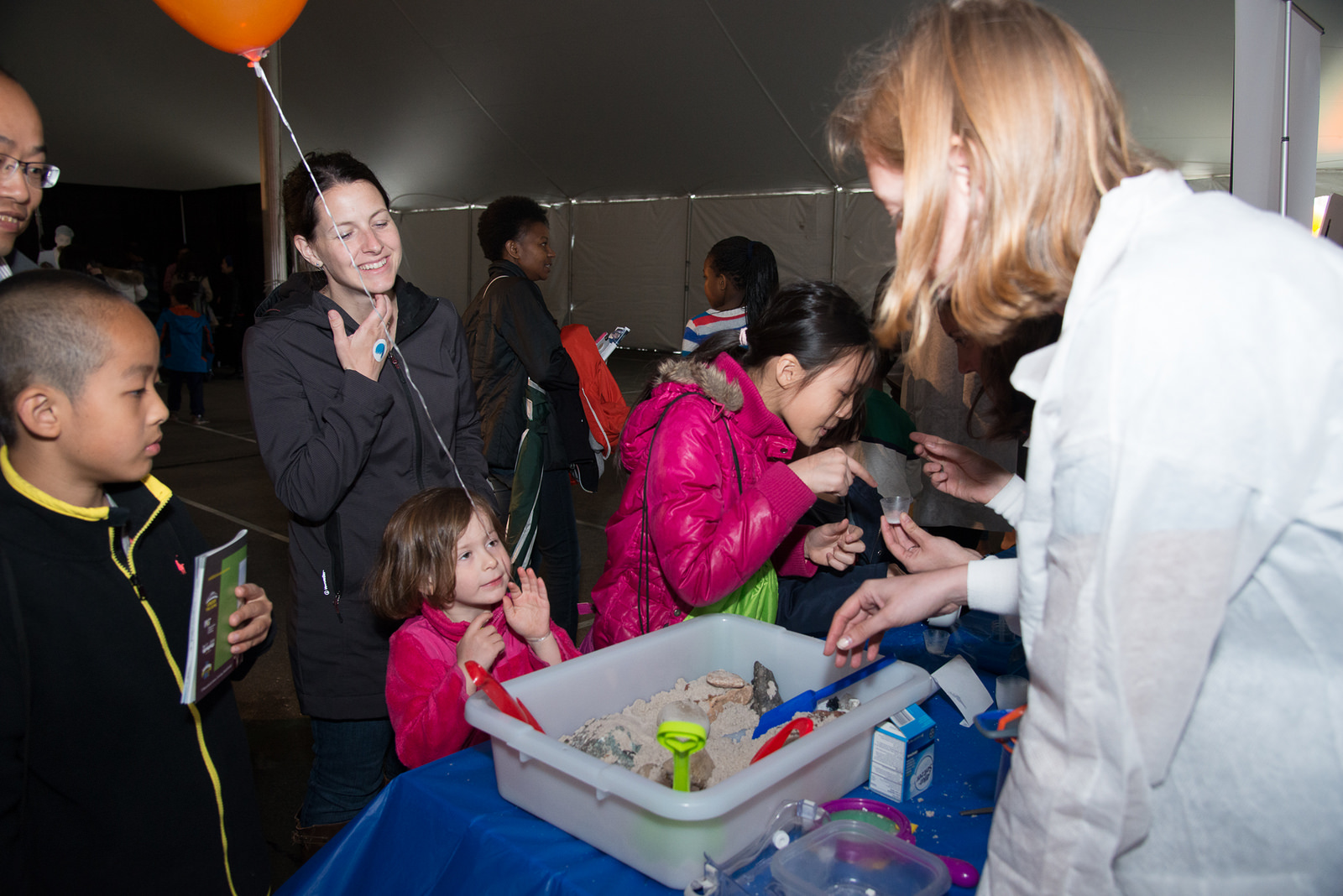 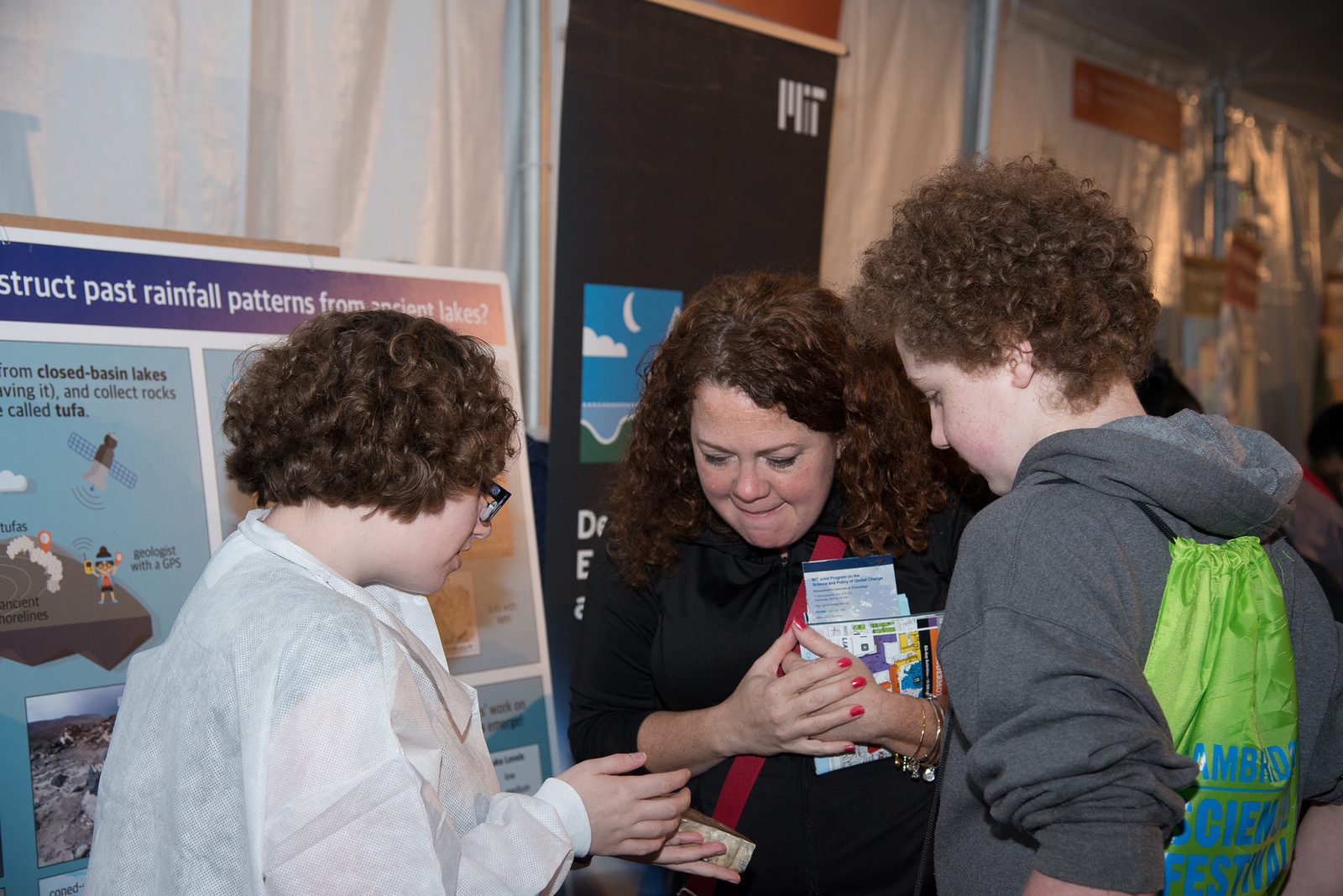 Up in the Air with Aerocene

Tomás Saraceno, CAST visiting artist, and scientists in EAPS joined forces to confront the climate crisis at COP21 in Paris with an art exhibition inspired by solar balloons and meteorological data exploring earth’s stratosphere and its chemical constituents. During Open House, in an activity co-sponsored by EAPS and ARTS at MIT, visitors were invited to learn more about Saraceno and his solar balloon launches through a movie of the ballon's launch at the White Sands National Monument in New Mexico and by browsing copies of the Aerocene newspaper. A second activity allowed visitors to choose launch points and climate data to display on the iGlobe as a way of exploring possible balloon trajectories. 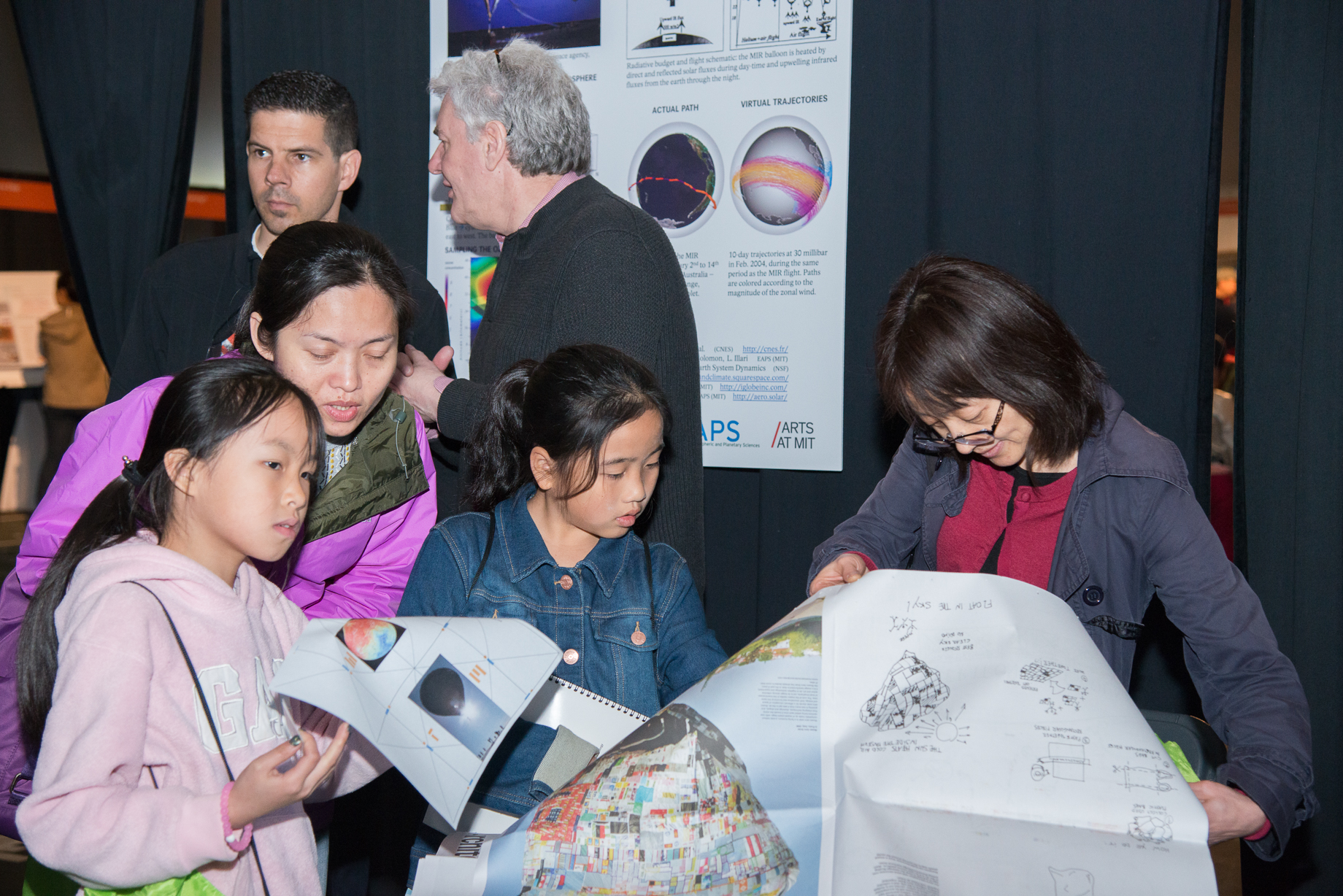 Visitors browse through the Aerocene newspaper - a collection of article and images about Saraceno's project - Image credit: Vicki McKenna 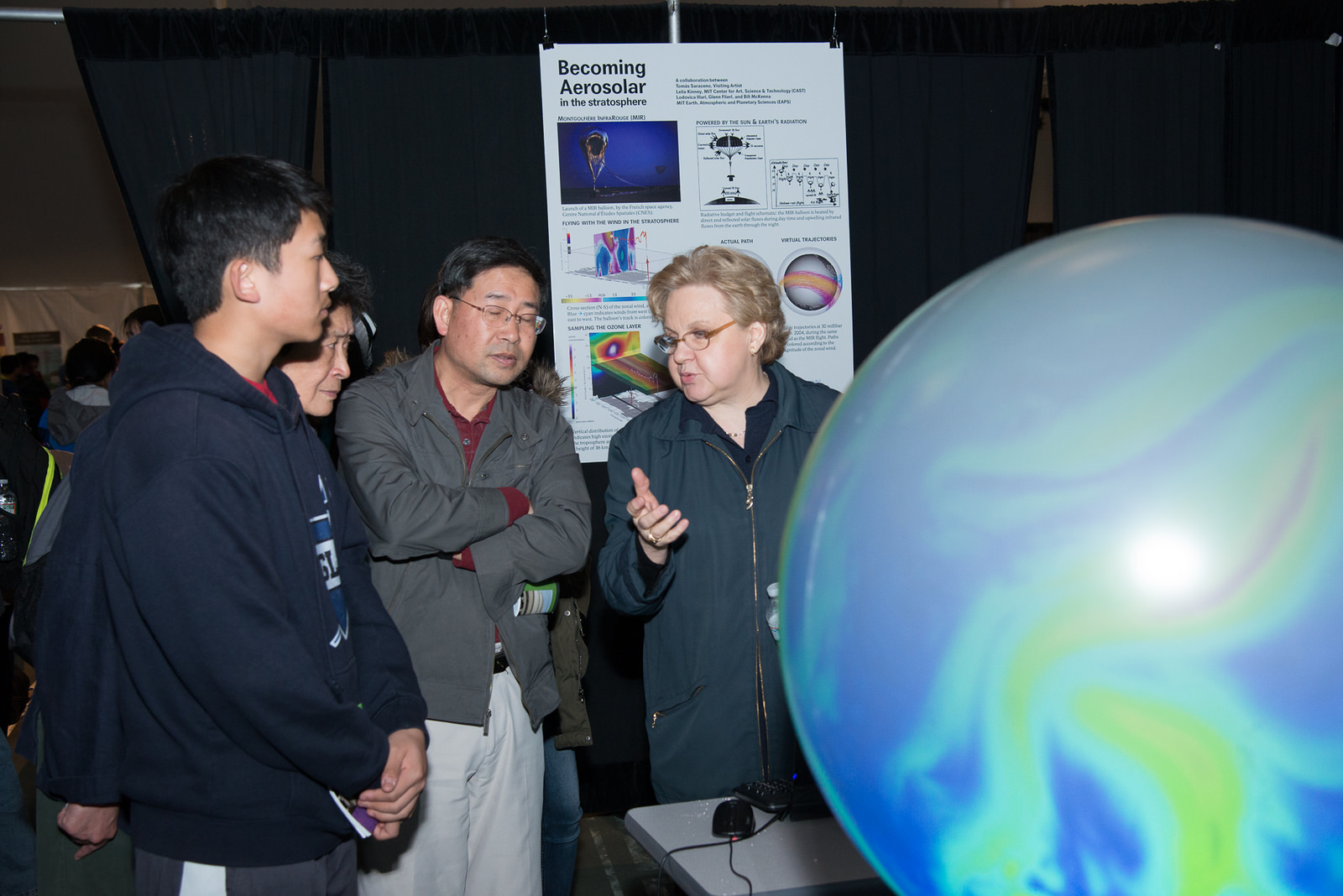 Senior Lecturer Lodovica Illari explains the science behind Aerocene with the aid of an i-Globe (right) - Image credit: Vicki McKenna 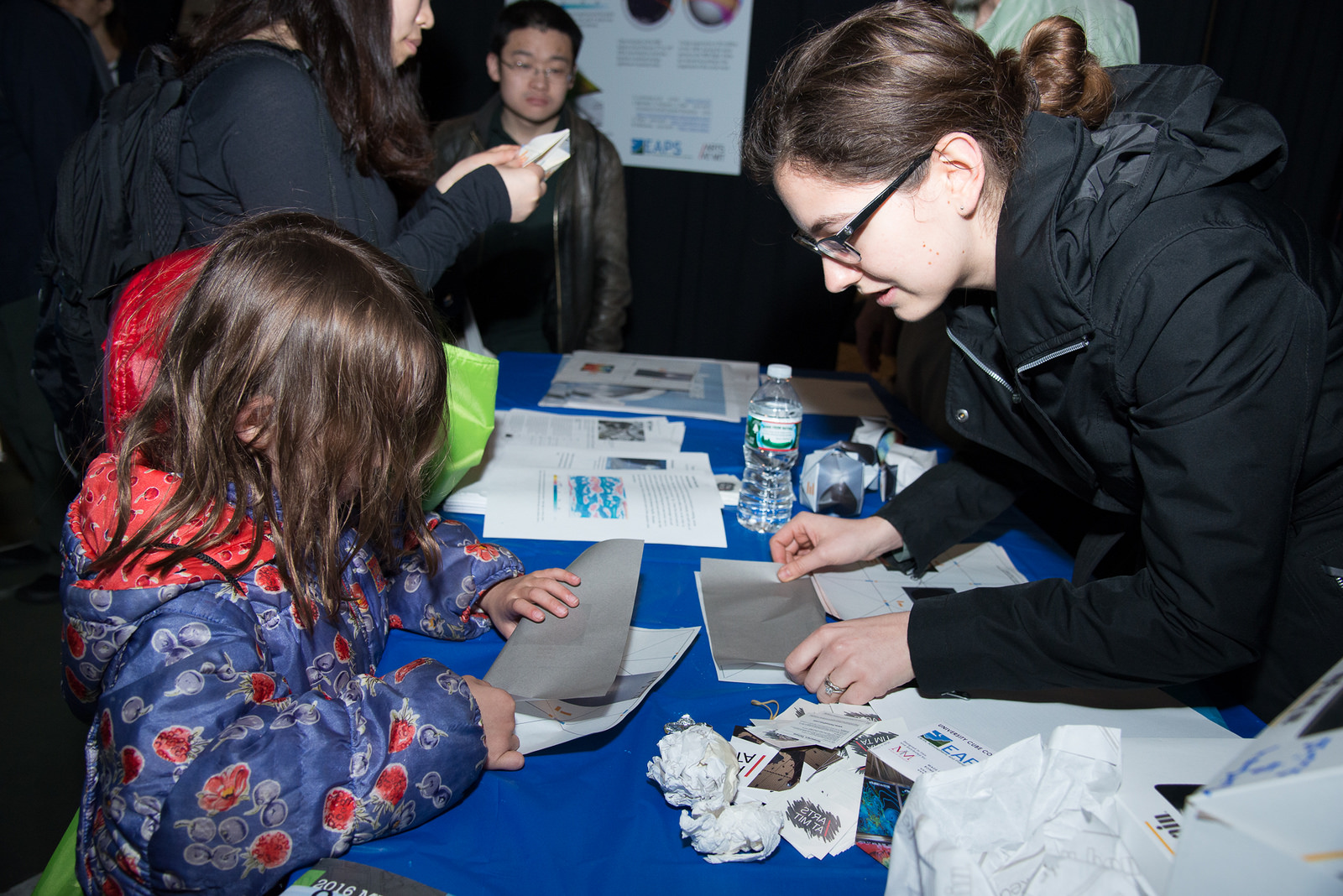 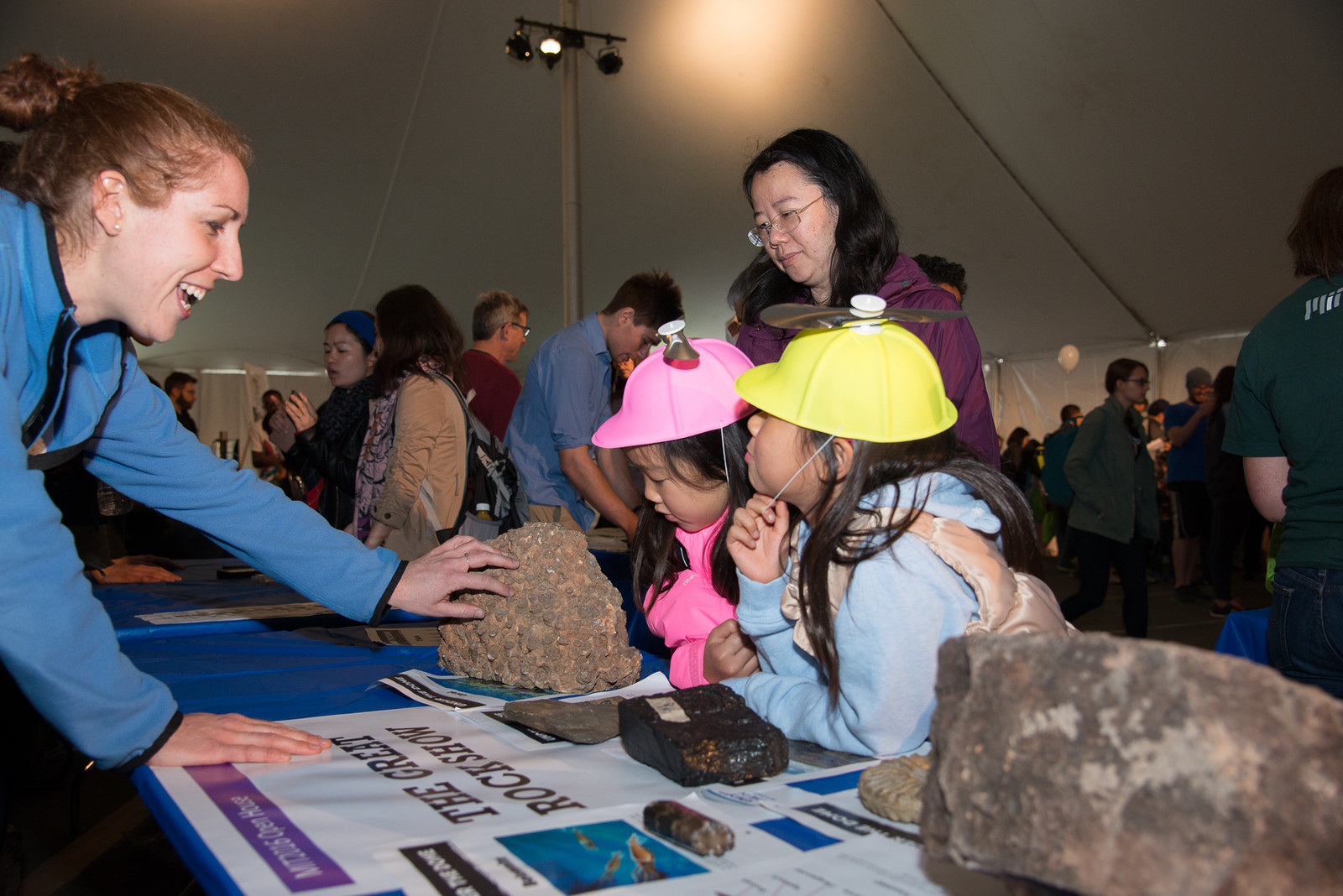 Kimberly Huppert firing up the next generation of geologists at "The Great Rock Show" exhibit - Image credit: Vicki McKenna 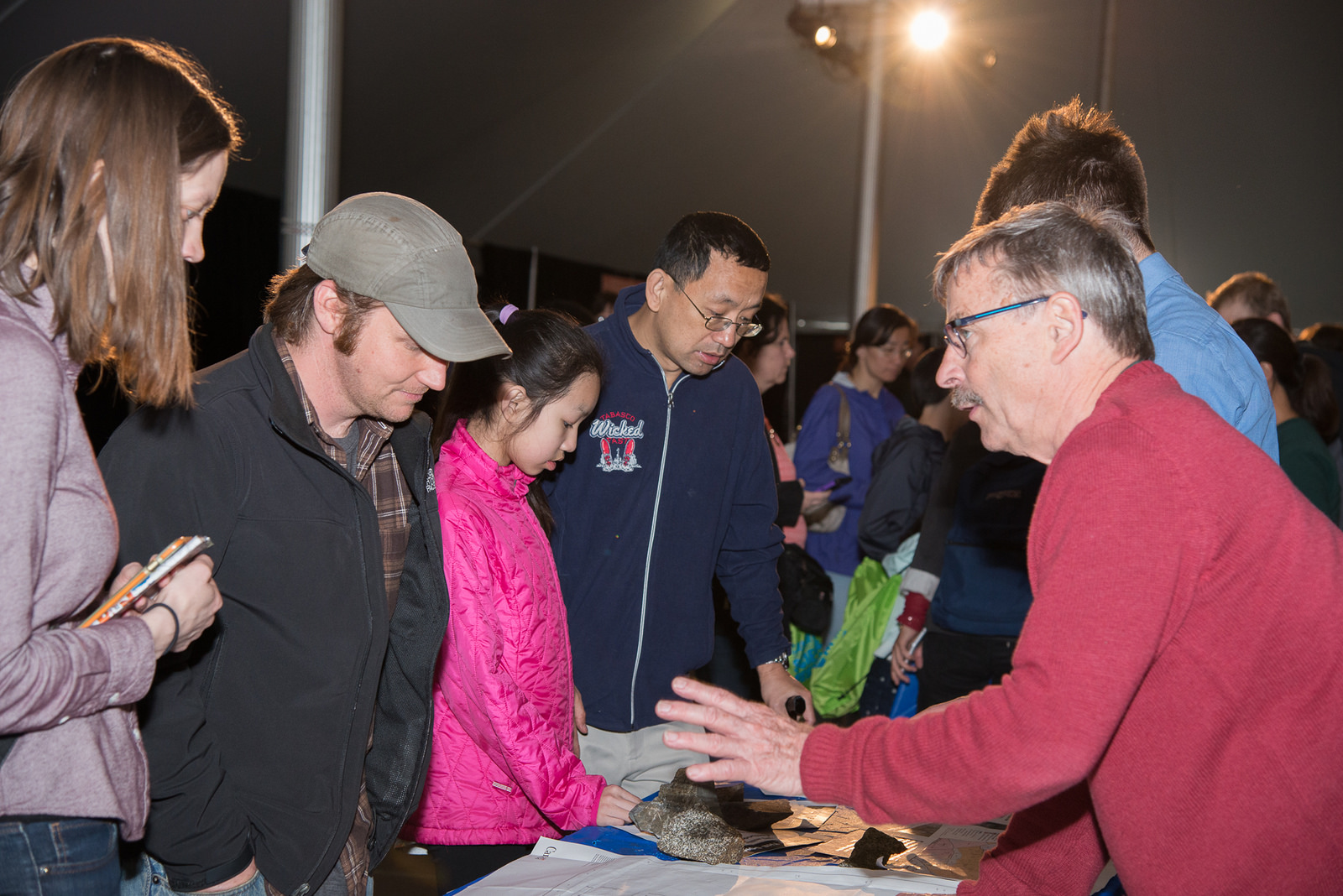 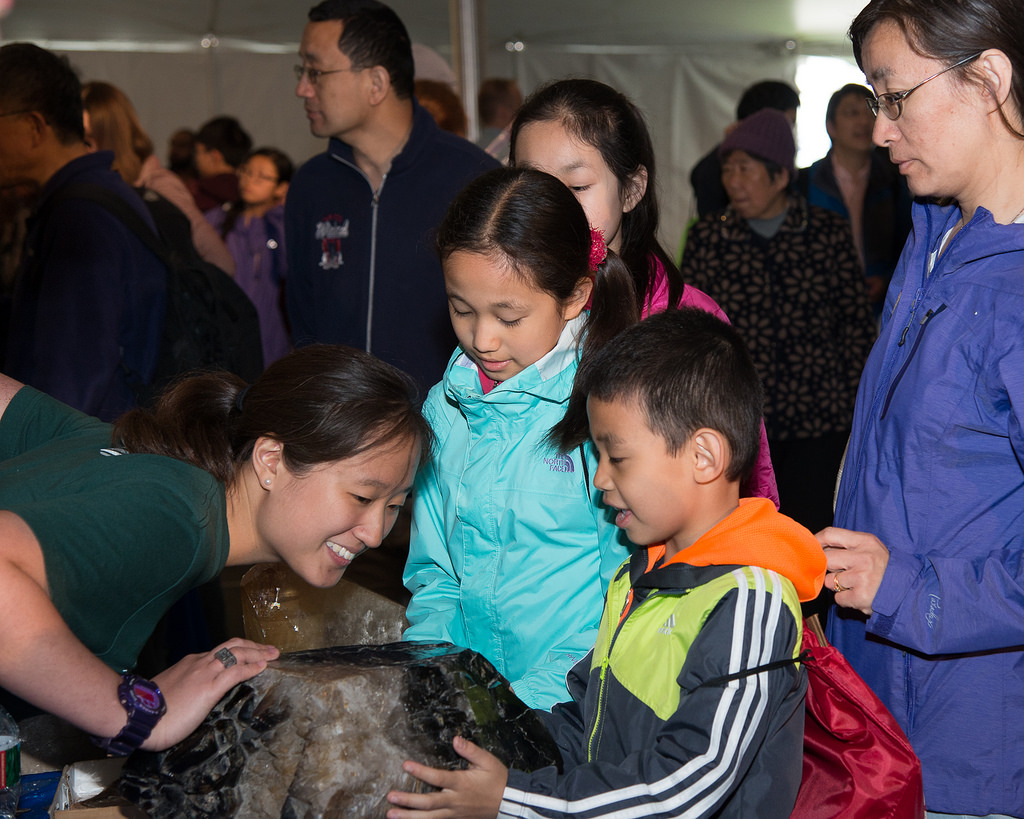 We Globe. You Globe. i-Globe. 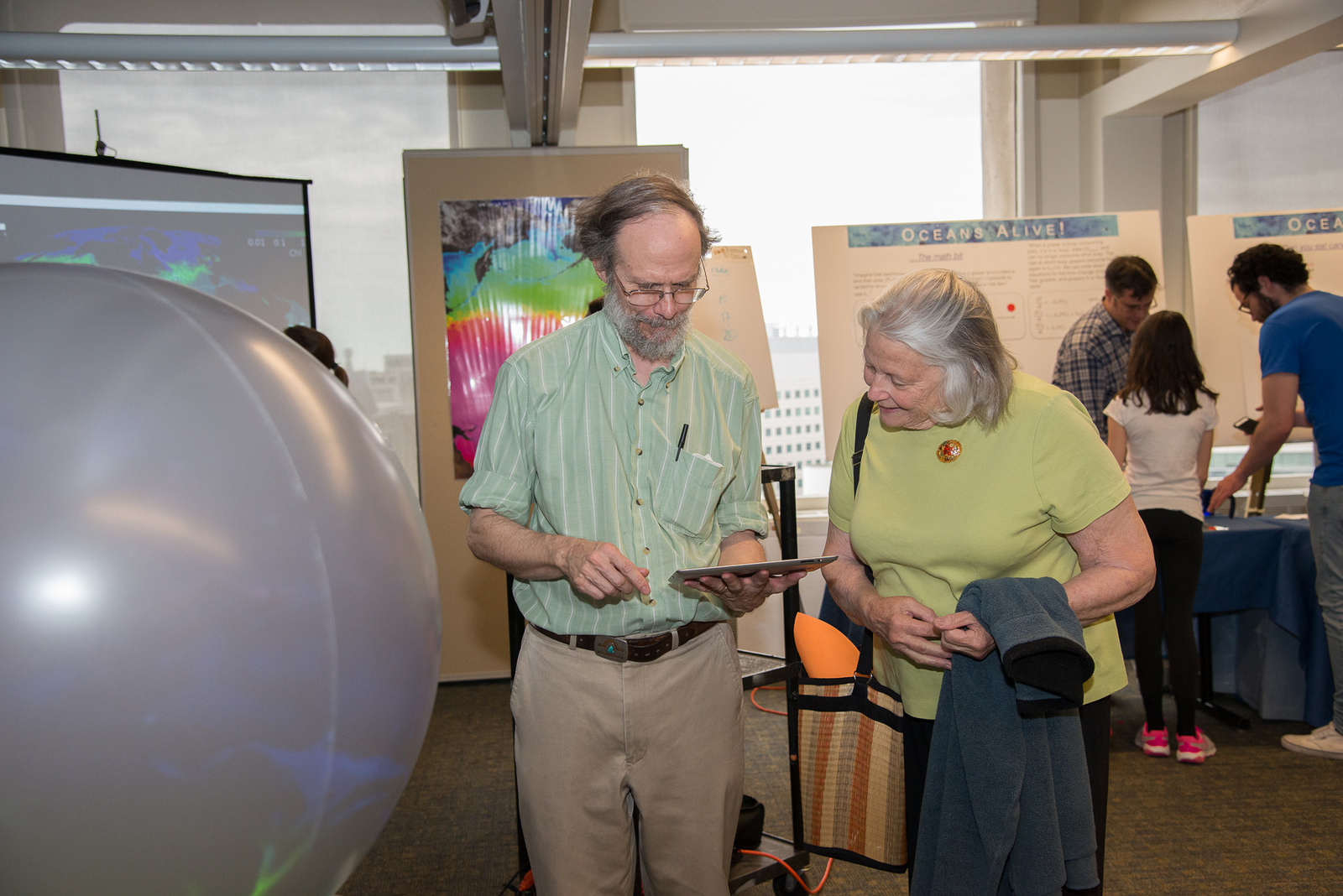 -There were so many of you, we're sorry if we're missing anyone: Errors (or to be added) as always email eapsweb@gmail.com.