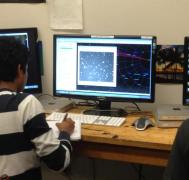 After two years of work, the Wallace Observatory crew has "perfected" the ability to fully control its fleet of smaller telescopes remotely and, as needed, automatically

Looking up through a telescope at the contours of the moon or at Saturn with its faint yet startlingly familiar ring system can be a life changing experience. But in the age of the internet, sensors, and a new generation of astronomers used to connecting to observing equipment across the world from the comfort of their desktops, it was perhaps only a matter of time before the Wallace team's attention would turn to making their suite of off-campus telescopes work remotely.

The George R. Wallace Jr. Astrophysical Observatory, in Westford, MA, (WAO) is a teaching and research facility run by the Planetary Astronomy Lab in EAPS. Until now, students in the observing subjects at MIT, 12.409 "Hands-on Astronomy: Observing Stars and Planets" and 12.410 "Observational Techniques of Optical Astronomy", have had to travel the forty miles to and from Wallace to make their observations. But no more. Two years ago Wallace’s roll-off roof shed that houses the four Celestron C14 (14-in) telescopes, two of which are robotic, was retrofitted with a custom system that allows it to be operated and scripted by a standard astronomy equipment language – all the while intelligent enough to stow the telescopes safely if bad weather arrives.

One of the greatest barriers to student data in the classes had been the one hour transit time to WAO. Between getting there and getting back, an observing evening became such an investment of time that instructors needed to be very careful about deciding which nights to go, and which to let pass because they didn’t look like they were going to be quite good enough. With the new system students can get started almost immediately when they and their telescopes are available: And if it should suddenly cloud up, they can close and walk back to their dorm with only a half hour lost rather than a minimum of three.

"After working on it for the past two years, we've at last `perfected’ the ability to observe with the C-14s remotely, so that by the end of the fall semester, 12.410 had students using the telescopes on Monday and Wednesday evenings from campus without the need to drive out to Wallace: Without anyone being out there at all, actually." says Michael Person, a research scientist in the MIT Planetary Astronomy Lab in EAPS and director of MIT's Wallace Astrophysical Observatory.

The lion’s share of the work was carried out in-house by an assortment of stellar UROP students and others, coordinated by site manager Tim Brothers. Effective and reliable design and installation of the custom shed opening and closing mechanism; acquisition, installation, and testing of remote weather sensors, and nightvision capable video cameras; (neither rain nor a crashed telescope are desirable observing events!) as well as development of appropriate firewalls to protect the control systems in Westford from mischievous hackers while allowing control from the designated remote observing lab in Cambridge, all had to come together to make observing direct from Building 54 a reality.

Brothers, who in addition deserves no little kudos for fully refurbishing the vintage “orange tube” C-14s to their original specifications over this past summer, is pleased with how things are developing. In a recent email he shared the new excitement that continuing developments have allowed the beginning of automated observing – the ability to script observations from start to finish and “wake up with tons of data waiting for us”.  A recent milestone this spring was an entirely scripted observation containing two different data sets, an asteroid light curve and Pluto astrometry, on one telescope – resulting in almost eight hours’ worth of data.

While automation of the domes housing the 24-in and 16-in Cassegrain reflectors, Wallace’s two largest telescopes, requires further modifications still on the WAOs to-do list. Person says “My long term goal is to have the entire site ready for fully remote operations, but having students able to use the shed telescopes remotely is a first big milestone”

“We still can't control the weather,” he adds ruefully, “but maybe someone else in the department is working on that.” 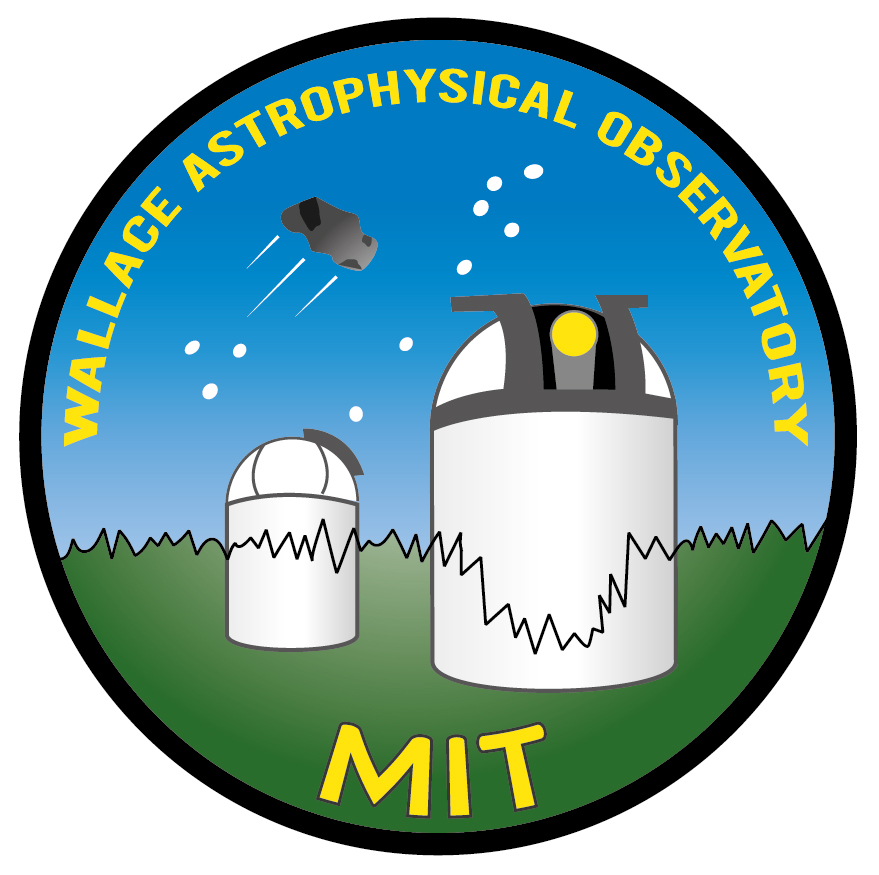 An Eye on the Sky Technology Review