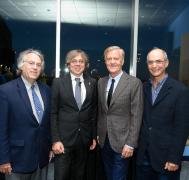 Watch the 5th Annual Carlson Lecture in its entirety below:

Two parts hydrogen, one part oxygen—water is a deceptively simple molecule vital for shaping life as we know it. Water played a defining role in some of the earliest attempts to understand the cosmos and is featured prominently in world religions, folklore, and mythology. Now, it’s playing a defining role in Earth’s changing climate.

“Understanding the world is understanding water,” said Bjorn Stevens, director of the Max Planck Institute for Meteorology and this year’s Carlson lecturer. And that’s exactly what he’s trying to do. From oceans to the atmosphere, the molecule is a driving force behind our rapidly warming climate system. While many scientists focus on carbon dioxide and other greenhouse gasses, Stevens looks to water in the atmosphere. “Water vapor is the most potent greenhouse gas,” he said. “It’s the most effective at trapping heat.”

To further complicate matters, cloud cover appears to decrease as Earth warms, creating a positive feedback loop—fewer clouds means more shortwave radiation reaches the planet’s surface, perpetuating the warming trend. “The real question in climate change is how clouds will change?” said Stevens. “Cloud cover changes are primarily responsible for changes in the warming rate, but we don’t understand these changes.  In some-ways this takes us back 100 years where we first looked to clouds and their changes to better understand weather systems.”

In an effort to better understand the role of cloud feedbacks in climate, the Max Planck Institute for Meteorology established the Barbados Cloud Observatory. Stevens transported guests to the Caribbean paradise through a time-lapse video projected onto an IMAX screen at the New England Aquarium. As clouds large and small rolled across the picturesque blue sky above the shimmering sea, Stevens pointed to specific cloud formations and dissipations. How do clouds respond to changes in the environment over time and what factors influence this response? Once Stevens and his colleagues figure that out, “we’ll have a better idea of how much trouble awaits us if we don’t do something about greenhouse gasses in our atmosphere,” he said.

Before the lecture, MIT and the aquarium hosted a reception where the public could mingle with scientists and learn about EAPS research. Guests watched as microscopic organisms from the Boston harbor darted around a petri dish projected on a screen, held stalagmites as they listened to graduate students explain how they use the minerals to study ancient climate, and gazed at the iGlobe—a new tool for earth science education that projects scientific data such as weather patterns, ocean circulation, and land temperature on a sphere.

The John Carlson Lecture communicates exciting new results in climate science to the general public. The lecture is made possible by a generous gift from John H. Carlson (MIT ’83) to the Lorenz Center in the MIT Department of Earth, Atmospheric and Planetary Sciences. 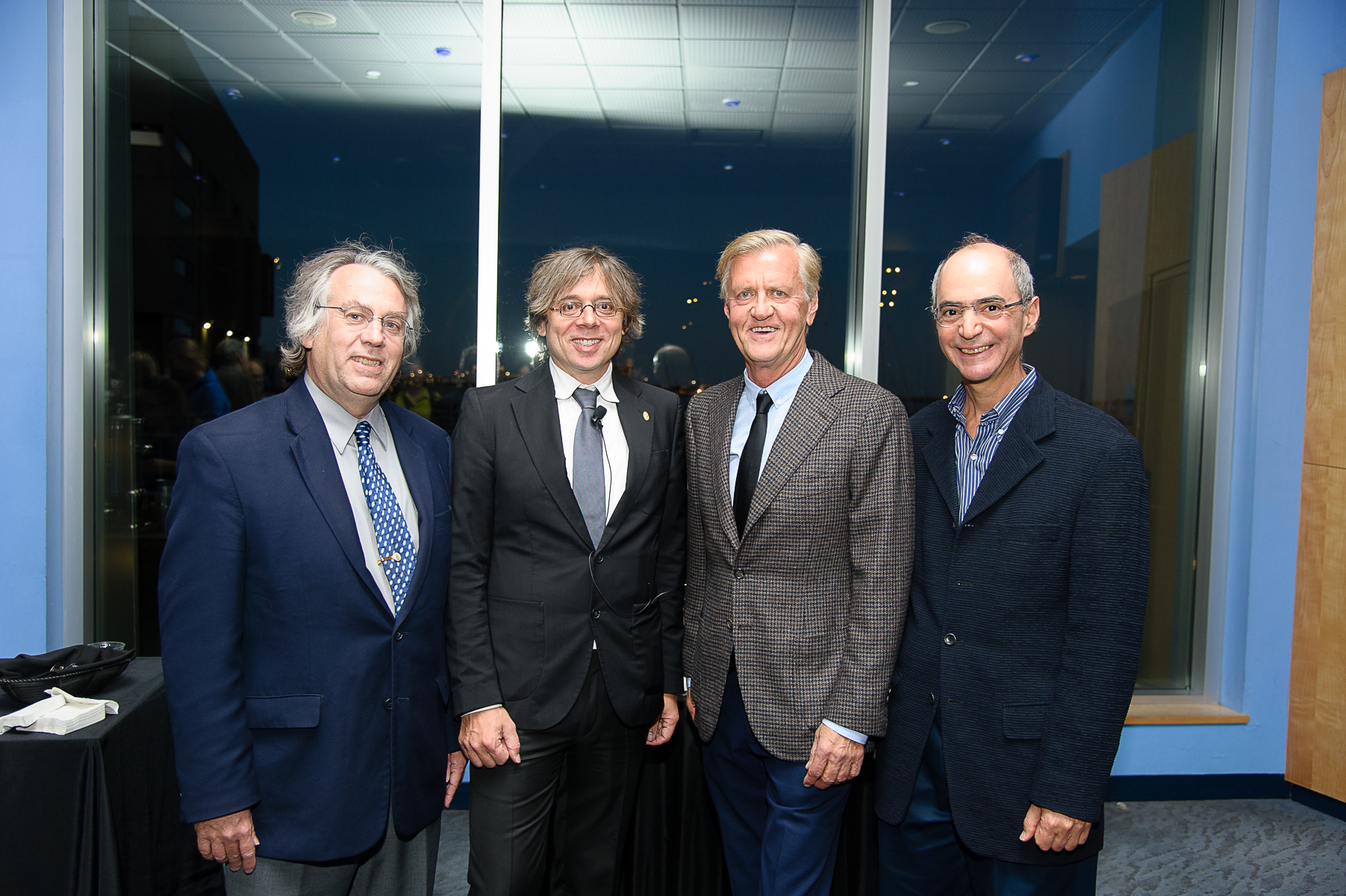 Bjorn B. Stevens, PhD, leads the department “The Atmosphere in the Earth System” as well as the International Max Planck Research School on Earth System Modelling at the Max Planck Institute for Meteorology, Hamburg, Germany.

Prof. Stevens has published ground-breaking research papers dealing with the theory, modelling and observation of “low” clouds, which is one of the most important problems in meteorology and climate research.

The Lorenz Center at MIT is devoted to learning how climate works. Named after the late MIT meteorologist Edward N. Lorenz, a pioneer of chaos theory, the Center fosters creative approaches to increasing fundamental understanding.