EAPS professor Tanja Bosak and postdoc Giulio Mariotti report that ripples in ancient rock may be signs of early life.

Take a walk along any sandy shoreline, and you’re bound to see a rippled pattern along the seafloor, formed by the ebb and flow of the ocean’s waves.

Geologists have long observed similar impressions — in miniature — embedded within ancient rock. These tiny, millimeter-wide wrinkles have puzzled scientists for decades: They don’t appear in any modern environment, but seem to be abundant much earlier in Earth’s history, particularly following mass extinctions.

Now MIT researchers have identified a mechanism by which such ancient wrinkles may have formed. Based on this mechanism, they posit that such fossilized features may be a vestige of microbial presence — in other words, where there are wrinkles, there must have been life.

“You have about 3 billion years of Earth’s history where everything was microbial. The wrinkle structures were present, but don’t seem to have been all that common,” says Tanja Bosak, the Alfred Henry and Jean Morrison Hayes Career Development Associate Professor in MIT’s Department of Earth, Atmospheric and Planetary Sciences. “But it seems they become really abundant at the time when early animals were around. Knowing the mechanism of these features gives us a better sense of the environmental pressures these early animals were experiencing.”

Ancient sedimentary wrinkles can be found in rocks up to 575 million years old — from a time when the earliest animals may have arisen — in places such as Australia, Africa, and Canada.

“Some of them look like wave ripples, and others look like raindrop impressions,” Mariotti says. “They’re shapes that remain in the sediment, like the footprint of a dinosaur.”

Researchers have put forth multiple theories for how these shapes may have arisen. Some believe that ocean waves may have created such patterns, while others think the answer may lie in ancient sea foam.

But the prevailing theory involves the presence of microbes: In a post-extinction world, microbial mats likely took over the seafloor in wide, leathery patches that were tough enough to withstand the overlying flow. As these mats were destroyed, they left small, lightweight microbial aggregates that shifted the underlying sand, creating wavelike patterns that were later preserved in sediment.

In a controlled experiment, ridges formed in a wave tank partially filled with sand. Video courtesy of the researchers.

To test this last theory, Mariotti attempted to recreate the wrinkled patterns by growing microbial mats in custom-built wave tanks, partially filled with sand. To track his progress, he set up a camera to take time-lapse images of the tank. His initial results were successful — although, he admits, accidental.

“I reproduced something that looked like wrinkle structures, although at first it wasn’t on purpose,” Mariotti says.

In his first attempts to seed a tank with microbes, Mariotti obtained fragments of microbial mats from another wave tank in which microbes were growing at a moderate rate. After a few days, he spotted tiny, millimeter-wide ripples in the sand. Looking back at the time-lapse images, he discovered the mechanism: Fragments of microbial mats were rolling along the surface and, within a few hours, rearranging sediments to create wavelike patterns in the sand.

Mariotti followed up on the observation with more controlled experiments with various wave conditions and microbial fragments, confirming that fragments, and not whole microbes, were forming the wrinkled features in the sediment.

The results led the group to raise another question: What might have created such microbial fragments? Bosak says the likely answer is the early appearance of small animals, which may have grazed on microbial mats, ripping them into fragments in the process.

“What we’re suggesting is that there may be some sort of sweet spot: You can’t have too many animals feeding, because then you lose microbial mats completely, but you need enough to produce these fragments,” Bosak says. “And that sweet spot could occur after a large marine extinction event.”

Mariotti says the mechanism he’s identified may shed light on the environmental conditions early animals faced as they tried to gain a foothold following an extinction event. For example, early animals may have thrived in protected environments such as shallow lagoons, where microbial fragments might best create wrinkled patterns.

“You need an environment where there’s not much energy, but still some wave motion, and close enough to the photic zone where you have light, so that microbial mats can grow,” Mariotti says. “Our finding may change how we see early animals.”

David Bottjer, a professor of earth sciences at the University of Southern California, says knowing the mechanism by which these wrinkle structures formed is important not just for understanding life on Earth, but life on other planets as well.

“It has been suggested that if a Martian rover was scanning sedimentary rocks that had been deposited underwater, and it saw wrinkle structures, that this could mean that there was microbial life present when the rocks were deposited,” says Bottjer, who was not involved in the work. “This study provides experimental evidence that, indeed, microbial fragments derived from microbial mats would be necessary to produce wrinkle structures. So, as a ‘biomarker’ indicating that microbial life would have existed on Mars, this strengthens the case for wrinkle structures, if they are found.”

This research was partially supported by NASA and the National Science Foundation. 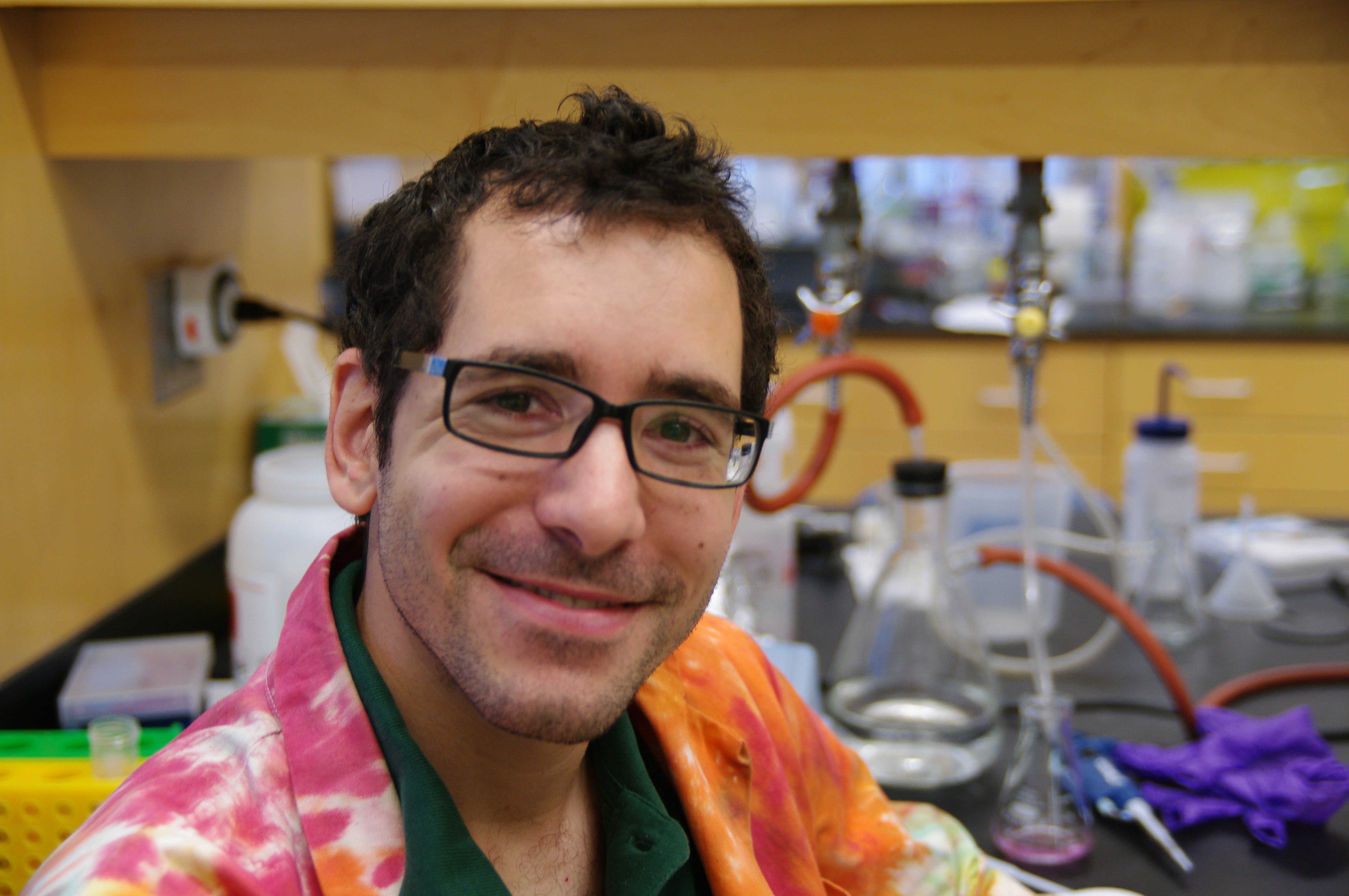 Crosby Postdoctoral Fellow Giulio Mariotti's research focus is on the fundamental geomorphic mechanisms governing the morphological evolution of coastal environments to be able to predict their long-term trajectories under different scenarios. In collaboration with Tanja Bosak he is currently sbringing his geomorphology tool box to bare on questions in geobiology, studying how biofilms and microbial mats grow in natural environments and interact with sediments performing hydrodynamically, chemically and biologically controlled experiments, using cyanobacteria biofilms (microbial mats) and carbonate or siliciclastic sand.