The traditions of chalkboard mathematics, mentorship, and ample time to think make the Geophysical Fluid Dynamics program at WHOI a summer school like no other.

It’s been another summer of intense learning in the Geophysical Fluid Dynamics fellowship program. For the 55th year, the field’s experts and most promising future scientists gathered for a ten-week summer school at Woods Hole Oceanographic Institution to apply mathematics to better understand the motions of Earth’s fluid systems, such as the oceans, rivers, and atmosphere.

The residents of Woods Hole, MA call the GFD attendees the “porch people” because of their constant presence in front of Walsh Cottage, a small, whitewashed house built in 1875.  In fold-up chairs, researchers work on laptops and portable chalkboards, talk amongst each other, or look out onto the lawn where groups of faculty and students huddle over notebooks at picnic tables. It’s not uncommon for new scientific papers to start here, in the shade of oak trees.

This year, the GFD core faculty admitted ten graduate students into this competitive program, out of seventy-six who applied. These fellows come prepared to attend daily lectures and complete a research project under the guidance of a GFD faculty member. “This summer school is unique in that it is quite long and we expect students to produce a large body of work,” says Glenn Flierl, Professor of Oceanography in MIT’s Department of Earth, Atmospheric, and Planetary Science (EAPS). At summer’s end, each fellow presents his or her project and submits a compendium of notes from all of the lectures, which when compiled together into heavy binders, become unique mini-textbooks for the research community.

“The whole premise of the program is cool,” says GFD fellow Erica Rosenblum, a graduate student at the Scripps Institution of Oceanography, “to sit in an old cottage doing math and talking with the experts who have written the textbooks. Because we have so much quality time with the faculty members, we also get life advice—science life advice—about our dissertations and future postdoctoral positions.”

The theme of this year’s fellowship was climate dynamics, a research area that focuses on mathematical description of how the oceans, ice, and atmosphere interact in order to understand the behavior of the global climate system. Among the summer’s many lectures, those from MIT’s EAPS and WHOI researchers included Carl Wunsch on ocean heat uptake, Raffaele Ferrari on the climate of the last ice age, Fiamma Straneo on Greenland glacier retreat, Joe Pedlosky on chaos in the climate system, John Marshall on the response of the Antarctic climate to the ozone-hole, Glenn Flierl on ocean eddies, Kerry Emanuel on atmospheric heat convection, and Kyle Armour on the ocean’s role in climate change.

The lectures take place in a large, unpainted room in Walsh cottage. Its exposed ply-wood walls and flooring give the room a distinctly unfinished feel; and it has worked this way, without frill or one superfluous object, for half a century. Tiny desks sit in uneven rows in the back. Up front, dusty chalkboards cover the walls, interrupted only by small windows. The vinyl shades, too, double as roll-out chalkboard. “If you’re going to do math, it’s important to use a chalkboard,” says Flierl. “It’s better to write down each term and talk it through, rather than flipping through Power Point slides. It’s more pedagogical, and gives everyone time to think.”

Yet, GFD lectures are not quiet affairs, but become lively discussions or debates, “free-wheeling lectures,” according to the writings of George Veronis. Fellows and faculty alike must come ready to deal with questions that probe the field’s fundamental assumptions, which are easy to take for granted.

At one of the last principal lectures of this summer, Cecilia Bitz, Professor in the Atmospheric Science Department at the University of Washington, started her lecture on sea ice by placing two cups of water, one of salty and one of fresh, each with an ice cube, on the table. She asked the audience a seemingly simple question: “which ice cube will melt the first?” Minutes before the correct answer revealed itself* the simple exercise had worked its magic, having trained everyone’s mind on the physics of ice in water from the start.

One of a kind

The summer school’s faculty members also benefit from a summer dedicated to rigorous scientific thought. Antonello Provenzale, research director of the Institute of Atmospheric Sciences and Climate in Torino, Italy, who co-directed this year's program along with MIT EAPS's Flierl and Raffaele Ferrari, says that two things make the summer school a unique experience: “There’s a mixture of people here who we know and who we don’t know, so we are exposed to new ideas and perspectives,” he says. “And, we have ample time to focus on problems, no outside commitments, and no distractions. It’s the only summer school like this.”

Little has changed about the summer school in many decades, save for the addition of an air conditioner in the Walsh cottage lecture room. Yet, as new collaborations emerge in conversations on the porch and as graduate students trade ideas and questions with lifelong academic researchers, the program changes the career of everyone who stays. 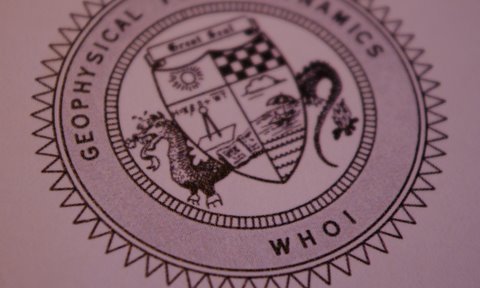 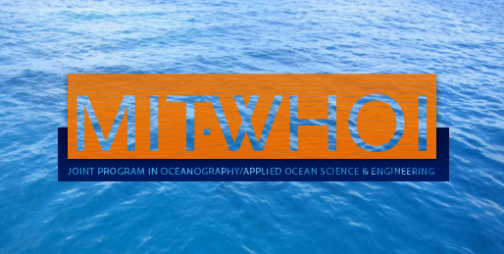